What actually happens at an F1 seat fitting? - The Race
Skip to content
Formula 1

What actually happens at an F1 seat fitting?

We’re at a time of year when to keep the interest up Formula 1 teams like to release pictures and videos of drivers trying out their new cockpits for the coming season. We never get to see a complete driver fitting or seat detail. After all, a seat’s a seat, isn’t it?

From a driver’s perspective, the seat fit is one of the most critical requirements.

It’s through the seat and the weight of the steering that the driver feels the car and how it handles. When the forces on the car change, the forces that the driver feels through the seat and the steering wheel also change, so if they are able to move around too much that load change is delayed and so is their reaction to it. It’s a bit like trying to ski in a pair of boots that are too big.

In the old days, the seat was fairly simple. The driver would sit in the chassis on an empty dustbin bag, lean forward and you’d pour in some expanding foam. Then you’d get the driver to sit back and hope for the best.

If there wasn’t enough foam, it wouldn’t expand properly and if there was too much it would wrap itself around the driver, probably burst the bag and cover the nice new overalls in a sticky gooey mess. That’s not the best way to impress your new driver, but believe me, it has happened to me on quite a few occasions. 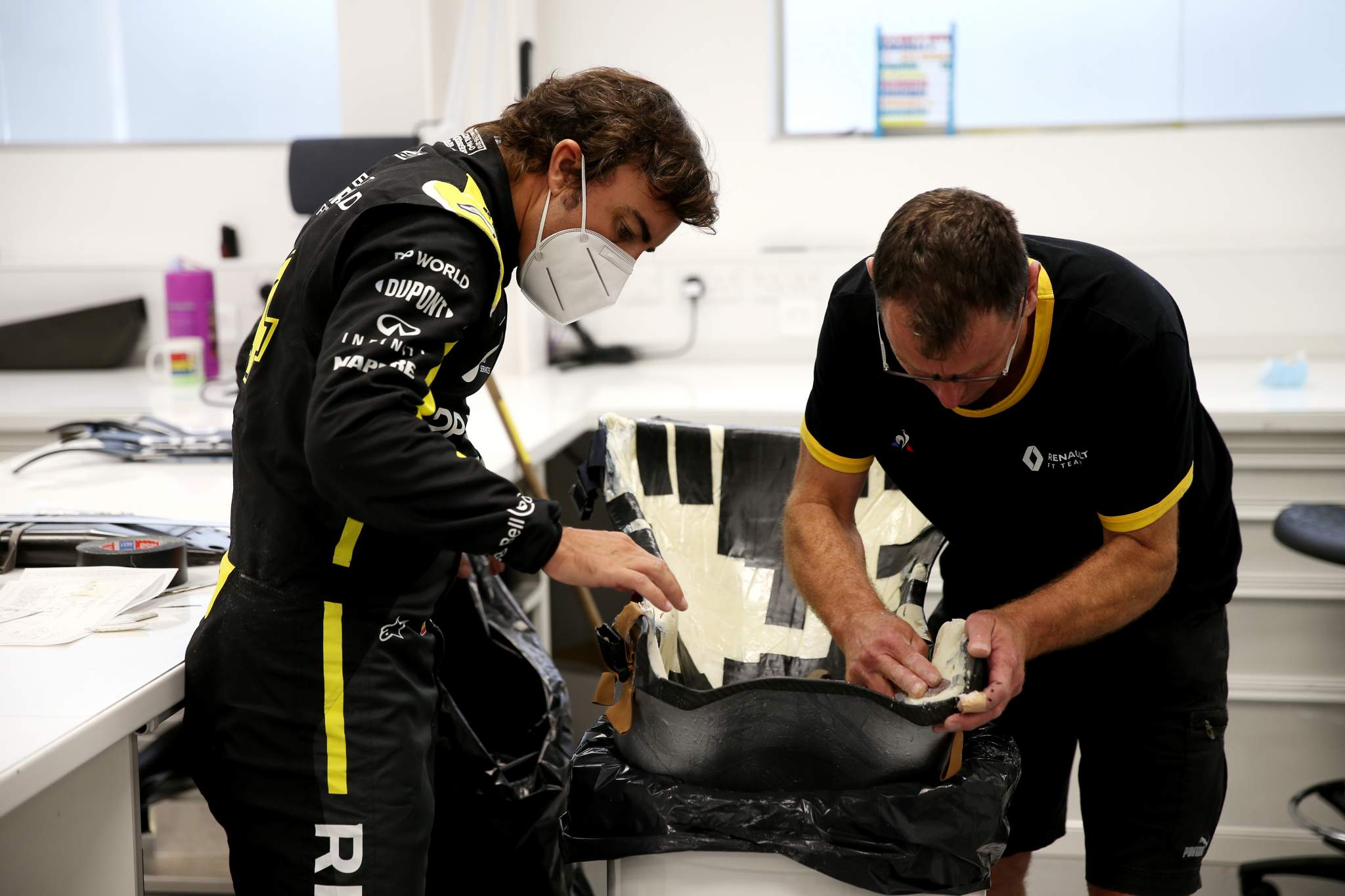 When you get an end result that’s roughly right, you then trim it as best possible, cover it with black duct tape, stick it to the chassis and off you would go.

As testing progressed, you would modify it here and there to get the driver more comfortable – usually by beating it with a big hammer – but the biggest problem was usually that the chassis fit would deteriorate with taking it in and out repeatedly. It would get looser and the seat would start to move around. 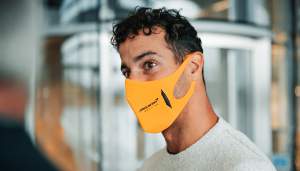 We had that problem years ago when I worked with Roberto Moreno at Indianapolis when he was driving for Galles Racing. He is a small chap, so had a very thick seat and when it was fitted into the chassis, it was loose.

To tighten it up, we had a piece of half-inch plywood cut in the shape of the side of the seat. When the seat was in place, it would be slid into position.

That’s pretty basic, I hear you say, and with some justification. However, there is always a potential benefit. During Carburetion Day practice at Indy, he touched another car coming into Turn 4 spun and came down the pitlane at something like 200mph, collecting a car that was sitting in its pit box on jacks.

It spun around and in wiping off one rear corner, the driveshaft of the other car went straight through the side of the chassis just where the driver sits.

Luckily, that piece of plywood compressed into the foam seat and deflected the driveshaft behind Roberto’s back. 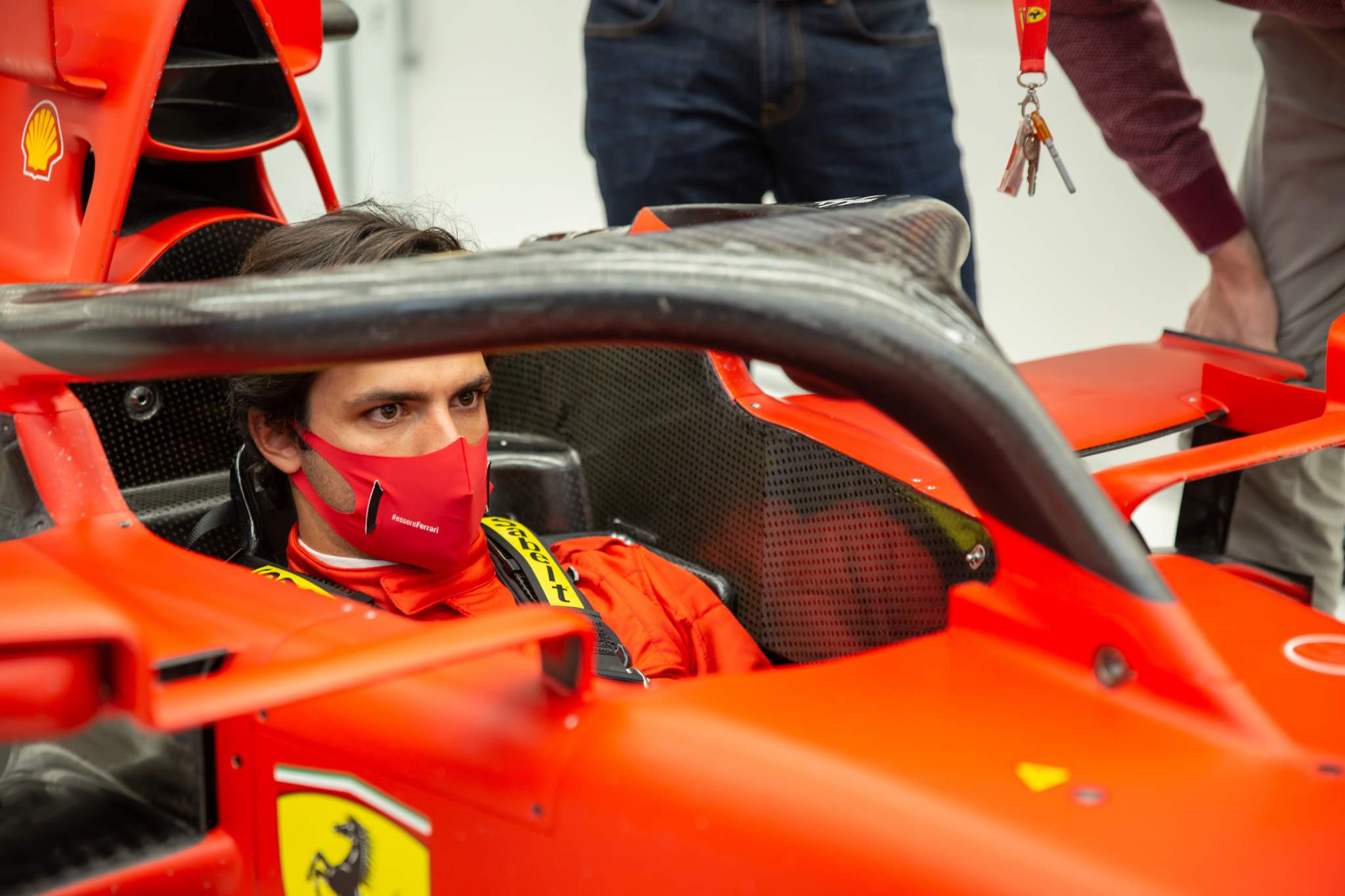 Times have changed a lot since then. Now, there is a minimum distance between the seat back and the chassis front bulkhead in F1. It not quite as big as I believe it should be, but in the past it didn’t exist so the driver market was skewed significantly in favour of the small drivers. 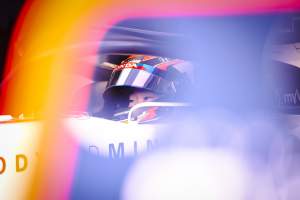 We also have a seat system that has to be removable with the driver still sitting in it. This all came about to allow rescue crews to get a driver out of the car after an accident without potentially doing any more damage to their backs. Thankfully it’s not used very often, but if the occasion arises it could very easily reduce the risk of paralysis.

There is normally a couple of stages to optimising the driver’s seat. McLaren has released a video showing Daniel Ricciardo in what was probably stage two of his seat fitting.

The first stage would have been carried out a couple of weeks ago and what we saw in the video was that initial carbon shell being optimised to his requirements.

This photo of Yuki Tsunoda appears to be from his first fit in the AlphaTauri. You can see the plastic bag and the expanding foam behind him. They will then trim this to fit him and the chassis and from that make a mould and then a carbon seat shell for him to use. 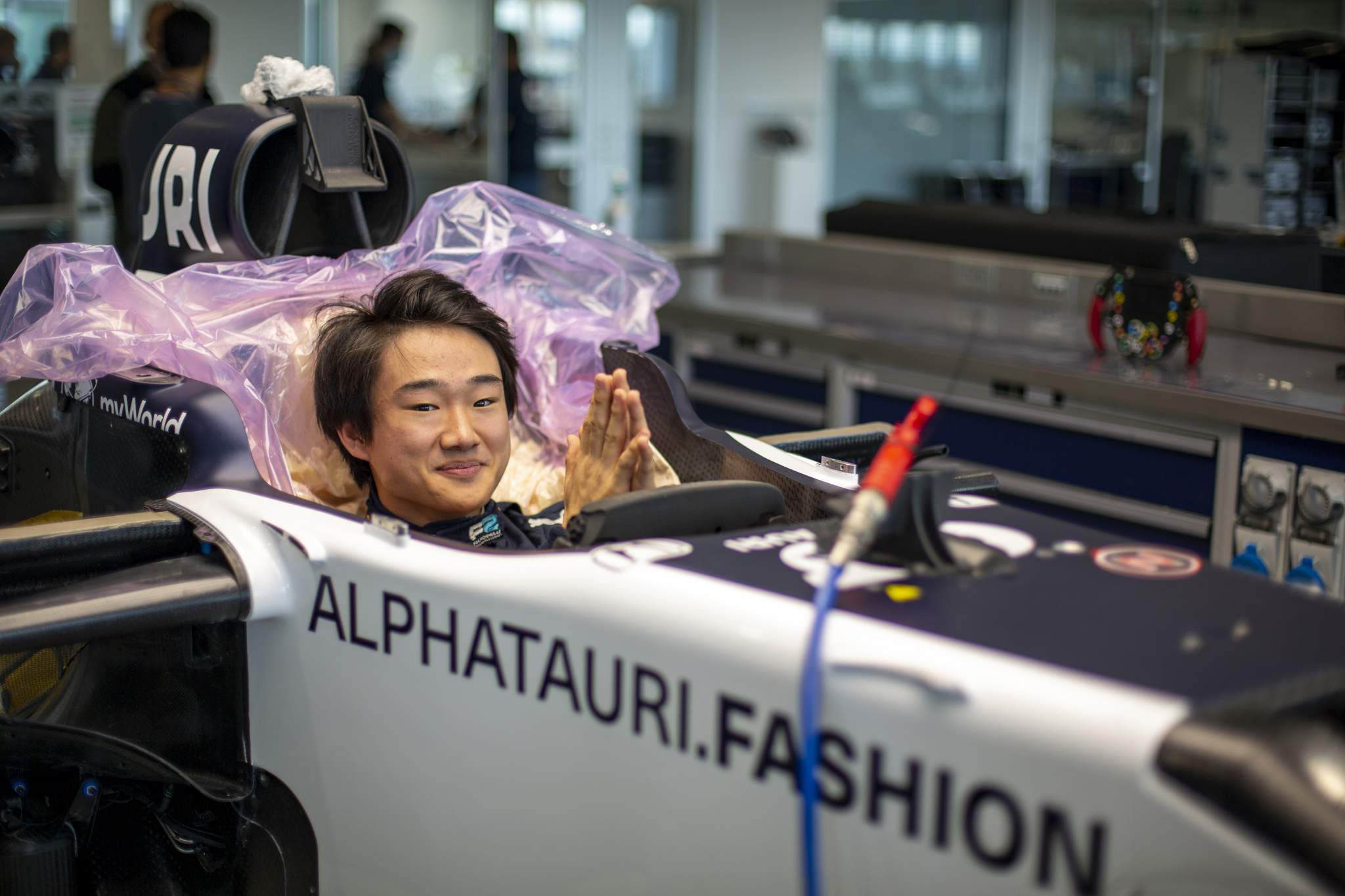 Today’s cars are all designed around the driver’s head position. The detail around the headrest is optimised to get the best airflow off the driver’s helmet and get it to attach to the surface of the engine cover.

If the flow isn’t as it should be, it can generate helmet buffeting and also have a negative effect on the performance of the rear wing. Sometimes, that optimal head position just cannot be achieved.

In McLaren’s video, one of the mechanics comments on it being within 5mm, which is pretty good.

If we look back to George Russell being shoehorned into the Mercedes last year as Lewis Hamilton’s replacement, his feet were too big and his head wasn’t in the designed position but his enthusiasm, talent and determination made up for it.

One of the more common problems when making a seat in the workshop is that the driver tends to want to sit that little bit too low. The first time they complain about it is when you get to the track and they are trying to place the car at the apex of a 150mph corner. 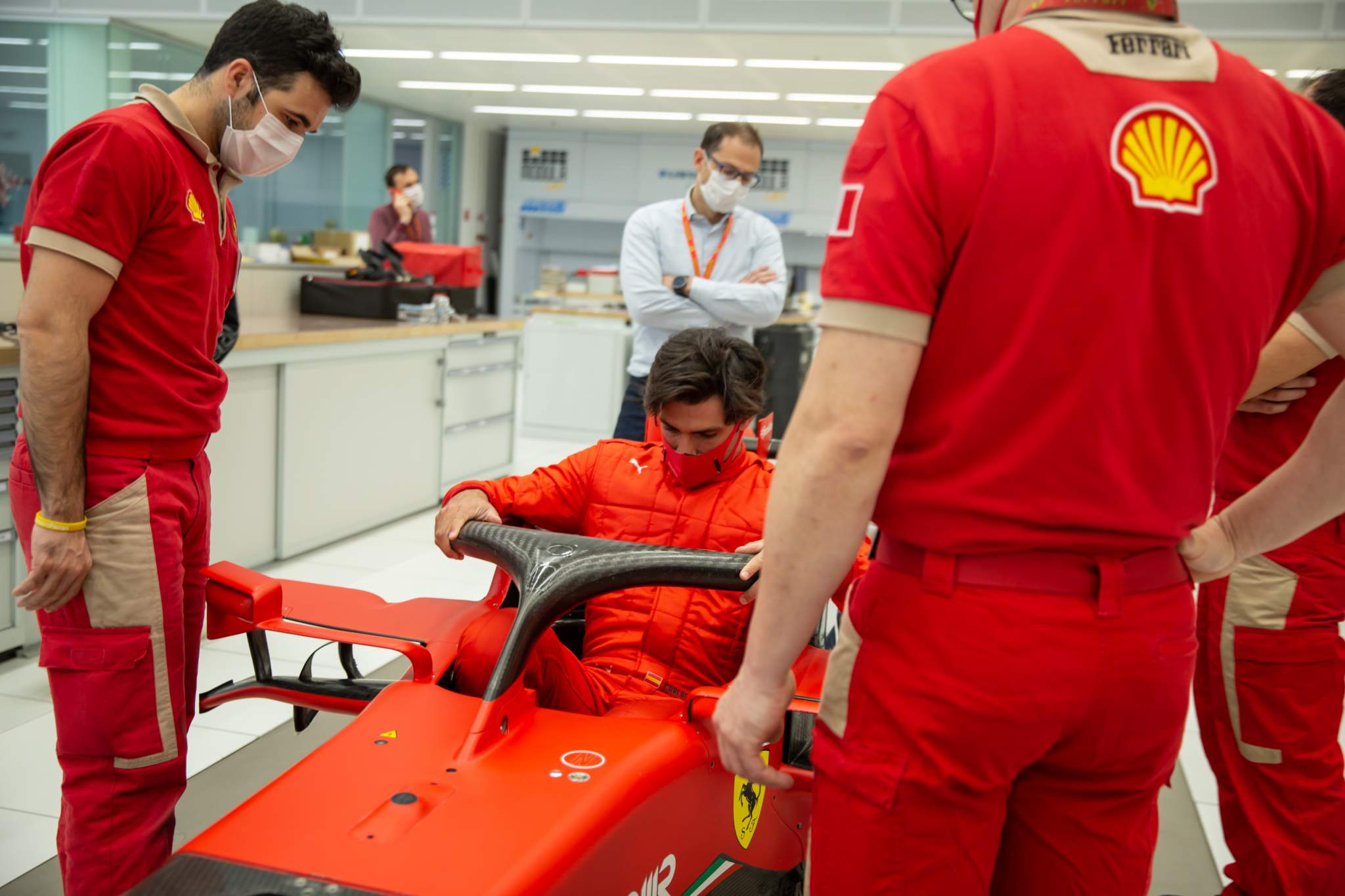 Actually, vision is even more important when you get to a track like Monaco. With the barriers so close, you need to be very precise in how you place the car. If you’re 10cm away from the barrier, it can cost you a couple of grid positions, but if you’re 1cm too close, it can very quickly lead to an appointment with the wrecker truck.

The other thing that Ricciardo mentioned in the video was the pedals and how when he went full throttle it was lifting his foot off the floor of the chassis. This is normally when the throttle pedal pivot point is too far ahead of the pedal pad where your foot pushes on the pedal.

If your foot is rising and falling too much, it’s quite difficult to have as good a control over the pedal movement as required. It also means that your leg is carrying the weight of your foot, so it can get tiring. 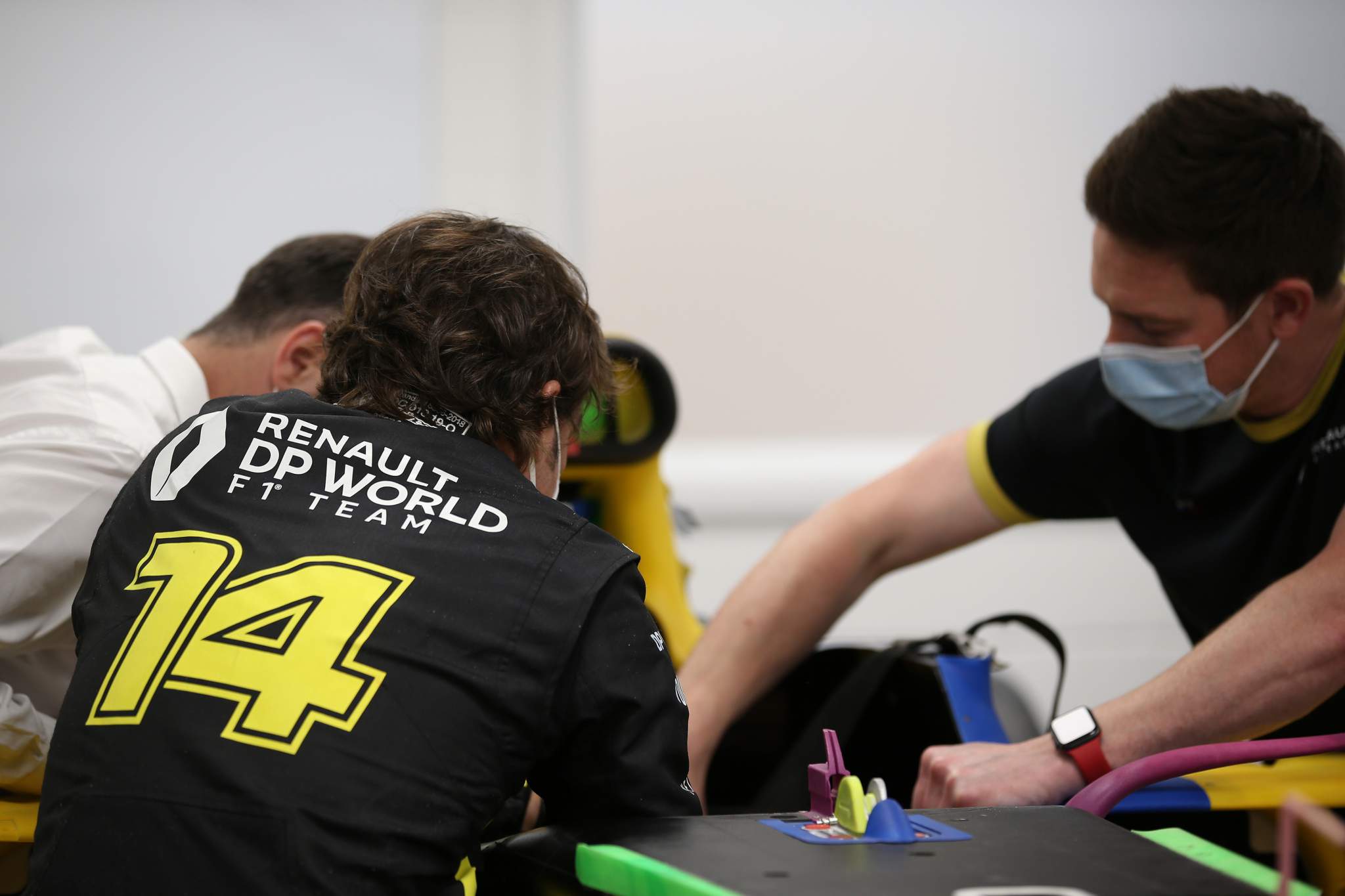 The ergonomics of the driver’s office are critical to their performance. The seat, the steering wheel and the pedals are all things that the driver needs to be fully comfortable with because they need to be able to operate in that environment without having to think about it.

That way, they can concentrate on driving the car and getting the optimum performance out of it.

If they have to look down at the steering wheel or think about how their feet are on the pedals, then it just eats up their energy and reduces their focus on what is happening to the actual car.

My last, and most important point, on the Ricciardo video is that there is something you should never do before a final seat fit and that is to give the driver a polystyrene container full of fish and chips!