What a ‘super impatient’ technology wait means for McLaren

McLaren is “super impatient” to start working with its new simulator and windtunnel and has outlined where its technology deficit most impacts work on its all-new 2022 Formula 1 car.

Last year McLaren was able to implement upgrades to its Computational Fluid Dynamics hardware prior to the implementation of the 2021 budget cap, and that is already assisting with the work being conducted on the 2022 design.

Of greater benefit longer-term will be the major new infrastructure projects are underway at McLaren’s Woking base, as the team is working to upgrade its aged simulator and move away from the ex-Toyota windtunnel it uses in Cologne. 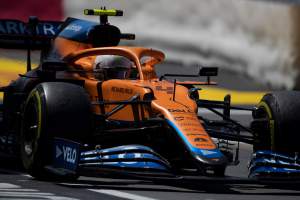 Technical director James Key admitted “we’re all impatient” to be able to make use of the investment that has been green-lit by McLaren’s shareholders, aided by significant financial efforts last year to improve the McLaren Group’s overall health – including a £185m deal with a consortium of US investors for an initial 15% stake in McLaren Racing.

“There’s been some really positive investment in our facilities, great work by Andreas and Zak and great support by our shareholders to get these projects under way,” said Key.

“Even last year when there was a lot of uncertainty around we still committed to things that we could squeeze into the year before the cost cap kicked in.

“There’s a huge amount of positivity about all these projects. When you know you’re a little bit behind with a facility you try and compensate to a certain extent, and everyone has done a great job of that.

“The simulator we use is I think the first in Formula 1. Although it’s been modified and updated since then, it’s still constrained by being a generation zero effectively by way of example.

“Being able to build a new one from scratch, the new technologies will bring us bang up to date with the sorts of data that we want to generate, the sort of understanding that we want to gain from that. 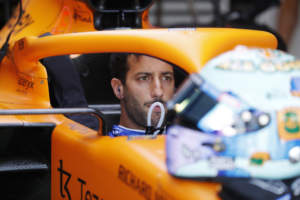 “It’s all about generating knowledge these facilities ultimately. It will be the same with the windtunnel, it is data we simply cannot get at the moment with the facility we’re in.

“It’s a great facility at Toyota, it’s served us incredibly well. But we know that facilities built much more recently have been built with the benefit of the technology available at the time.

“We are missing that for sure, so we’re compensating as best we can. But we’re definitely missing some of that data and knowledge and information that we would get otherwise.

“So, super impatient to get that bit of information and help us take the next step.”

McLaren believes that this investment will only yield benefits in time for the 2024 car, which means the first car built to F1’s major new technical rules next year and its successor will be done using the current equipment.

However, despite its lingering technology deficit it has still been able to make significant progress after spending much of the previous decade in the midfield.

After its initial slump in the final two seasons as a Mercedes customer in 2013 and 2014 it had a miserable reunion with Honda from 2015-2017, and then a sobering 2018 season with Renault that showed McLaren still had underlying issues as a team and chassis constructor.

McLaren has still not won a race since the 2012 season finale but has now scored podiums in each of the last three seasons, finished third in the 2020 constructors’ championship and holds that position again this year.

Key explained that while there is a lower overall potential with the data and information that can be obtained from McLaren’s current tools, there are ways to work to minimise the impact that has on the process and there are areas where the existing infrastructure is not too restrictive anyway. 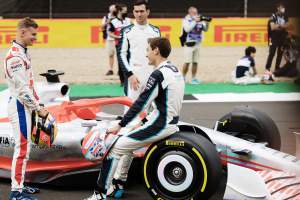 He says that is the same for the work being undertaken on the 2022 car, so while there will be more refined detail work in the future the bulk of McLaren’s design process can still be done to the level required.

“When it comes to waiting for the facilities, we understand the tools that we have,” he said.

“We know them well, we know their strengths and weaknesses, so we can use them accordingly and as I said before, we can kind of compensate for some of these things as well.

“When you’re making big architectural decisions on a car a lot of that can be modelled outside of a windtunnel environment, for example.

“The windtunnel still plays its role in a lot of verification data. But because we have tighter regs now on how much CFD and windtunnel running we can do you tend to have to pick and choose your moments when we do that sort of work.

“And then knowing the facilities we’ve got, we can choose the data that we’re satisfied we’re getting the most out of.

“I suppose with the new investments we’ll have coming over the next couple of years, it’s more a case of refining what we’re able to do and in some cases, doing different things. That’s what we’re really looking forward to.

“But the big architectural decisions when you’ve got sort of got big box surfaces that you need to develop, format and shape, by and large the kit we have is capable of making those decisions at this stage.

“It’s going to be the final detail where we are perhaps a little bit disadvantaged.”