Max Verstappen’s eye-catching, test-topping lap time in Bahrain put Red Bull well clear at the end of Formula 1 2022’s pre-season. Watching trackside it is easy to believe it has a real advantage.

Verstappen’s pace and some of our observations come with the caveat that he did use the softest compound tyres at the very end of Saturday’s session.

But trackside, on several compounds, the Red Bull looks fantastic. Watching at Turn 10 in the final hour, when most of the quick runs are taking place, it is on rails.

Verstappen has no issues carrying speed into the corner, there’s no sign of understeer – the front just tucks in really nicely – and noticeably he is able to get to the inside kerb seemingly at will. The RB18 takes the kerb strike neatly in its stride, too. Its balance barely looks disturbed.

We watch Verstappen on C2s, C3s, C4s and C5s and the Red Bull just has a lot of purpose about it. It’s controlled, responsive and just looks fast. 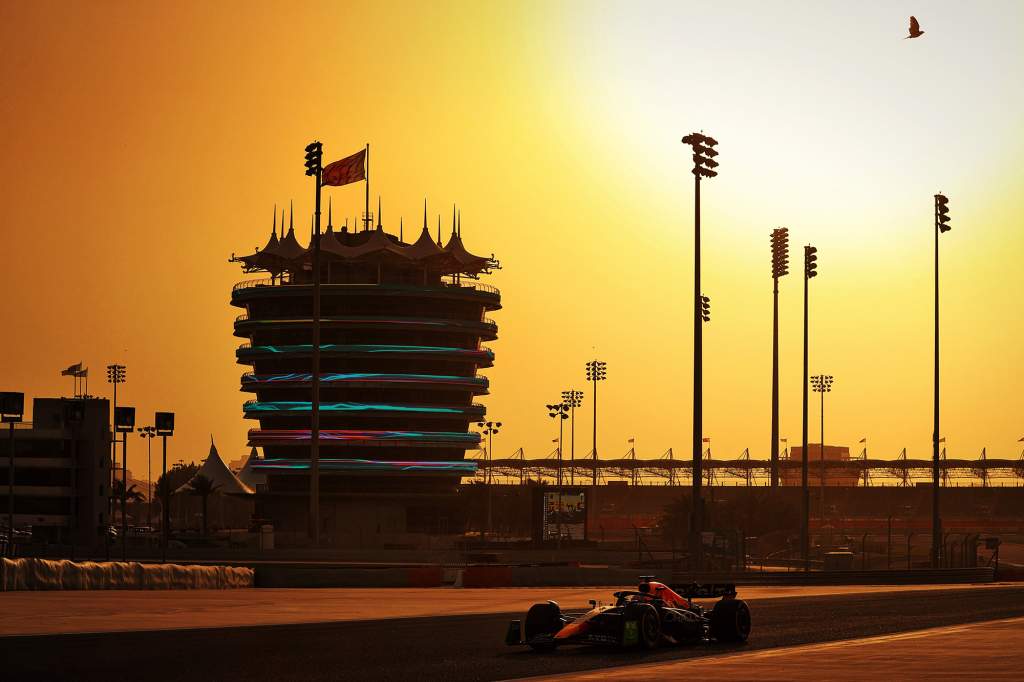 But it isn’t flawless – once or twice he seems traction limited on the power, and the wheelspin is audible. There’s also a clear correction on one lap on what looks like the C4 compound, although it’s not clear whether it’s to correct a rear snap or just to steer out of the corner after a slightly premature entry.

Still, it is visibly the superior car during our 70-minute stint parked at the same corner.

The Ferrari looks strong too but without the same ‘wow factor’, chiefly because Charles Leclerc comes through predominantly on the C2 and C3 tyre. Of the cars that spend a long time on those compounds – which include the McLaren and Aston Martin – the Ferrari looks comfortably the best. 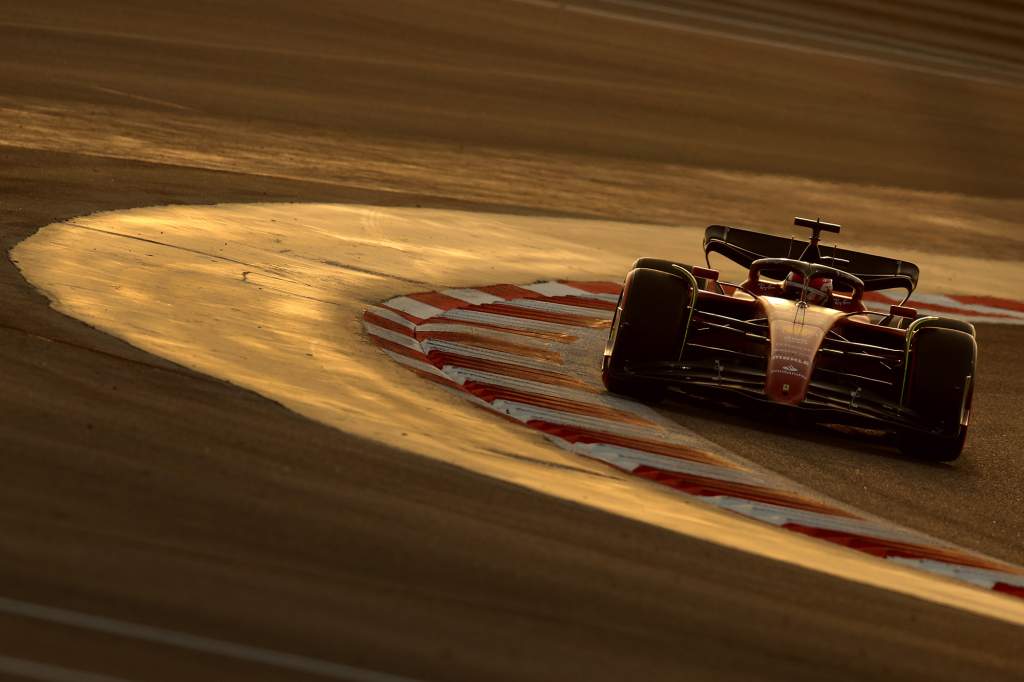 But it seems to lack a bit compared to Verstappen when the Red Bull appears, as things are just fractionally less precise.

George Russell, in the Mercedes, needs a few runs to start catching the eye. The car looks like it just has a touch too much understeer on the unmarked Pirellis (C2s) although it’s not as pronounced as the AlphaTauri. His two short runs on a softer compound aren’t on the Red Bull’s level but they get better at the second attempt.

These are only glimpses of the real competitive order, but they do hint at a Red Bull advantage.

Some cars we only see briefly – like the Alpine, which seems OK, then appears to have a very good front end until we notice it’s on the C4 which makes it harder to be sure! Valtteri Bottas looks solid in the Alfa Romeo until it grinds to a halt out of our view.

One car that we get a few looks at and are surprisingly disappointed with is the AlphaTauri, in which Yuki Tsunoda is battling chronic understeer.

Whether that’s the car or the driver taking too much speed in isn’t distinguishable from the outside but the upshot is an AT03 dealing with lock-ups or the front pushing on a bit too much before finally gripping.

We also get a good look at the McLaren, Aston Martin and Williams. Lando Norris, Sebastian Vettel and Nicholas Latifi are on track for a long time, completing long runs on medium and hard tyres and providing a really useful evaluation. It’s the closest to a direct comparison we get in this window.

The McLaren and Aston Martin look similar, although as the run progresses we become more convinced in favour of the McLaren. Norris seems to be trying a couple of different approaches – wider at first, deliberately missing the conventional apex – before settling on a consistent line tighter the corner. Vettel is a little hit and miss on entry but when he gets it right the Aston looks pretty tidy.

Williams looks a bit off those two, as Latifi is quite ragged. The first thing we see on arrival is actually him locking up, which immediately confirms everything we’ve heard and seen about this corner and justifies our choice of trackside vantage point! He does it at least two more times before the session is out, including a particularly big one. The car just looks less settled on the brakes and a little off what the McLaren and Aston Martin seems comfortable with.