There is no competitive justification for Red Bull not signing Sergio Perez to replace Alex Albon for the 2021 Formula 1 season.

In a race that Max Verstappen exits on the first lap and both Mercedes drivers hit victory-wrecking problems, the second Red Bull should win. If it makes it to the finish, it should be there first.

That it was sixth across the line in Albon’s hands must be the death knell for his hopes of staying with the team next year. At least if Red Bull’s operating in its best competitive interests.

If Red Bull wasn’t in a confused state with its own pool of drivers he’d have probably been replaced for 2021 already, by Pierre Gasly. That’s how strong the push factors alone are in justifying Albon’s exit. 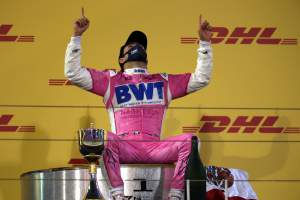 It’s a shame because he is a well-liked guy who is very fast when things are working in his favour. But it is not working at Red Bull and the evidence is overwhelming that it is not going to change.

As for the factors pulling Red Bull towards Perez, a guy who was already under serious consideration, what more can he do to state his case?

He was already powering towards the best championship result of his F1 career in a superb 2020 season. Perez was understatedly excellent in 2019. He has risen to new heights with machinery that finally matches his considerable abilities this year. And now he is a race winner.

Crucially, Perez has done a lot to improve his qualifying form this year. His one-lap pace was arguably the biggest doubt before.

Is he a match for Verstappen? No. Would he slot in and immediately be closer than Albon? Yes. Because the gap Albon has left is huge.

And would he bank better results? The Sakhir GP tells you all you need to know about that. Perez was hit into a spin on the opening lap, and won. Albon started 12th in the second-fastest car and finished sixth.

It may be argued that Albon drove a solid race in the circumstances and that pitstop timings or safety car periods just didn’t line up. But if he had been at the front where the car should be, none of that would have mattered. 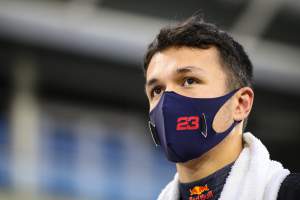 Perez was in the right place at the right time to inherit the lead when Mercedes had its pitstop dilemma because of a superb comeback drive that wrestled back a lot of the track position he lost when Charles Leclerc hit him on the opening lap.

He was already on course to finish second when George Russell’s recovery came unstuck by a puncture. So a top result was secured. It just got even sweeter.

What matters most to Red Bull is having a stronger supporting act to Verstappen. It needs someone quick, combative, reliable – an all-round higher level of F1 driver than the average team.

Albon, sadly, is not looking like becoming that driver. Perez is already there. And he’s out-of-contract.

If Red Bull fails to make the change, it will be seen as an admission that other factors behind-the-scenes – the Thai part of the two-pronged Red Bull ownership – outweigh the team’s best interests on-track.

Perez deserves a chance like Red Bull. Red Bull needs a driver like Perez. This decision is now a no-brainer.