The unexpected contender for a 2023 Williams F1 race seat - The Race
Skip to content
Formula 1, Junior

The unexpected contender for a 2023 Williams F1 race seat

The 21-year-old American joined the Williams driver academy ahead of his rookie F2 season in 2022 and after a solid start now has back-to-back feature race victories to his name.

He is second in the points, 37 behind championship leader Felipe Drugovich, and scored pole position for the latest feature race at Paul Ricard this weekend.

Williams is expected to re-sign Alex Albon for 2023 and has been strongly linked with a move for Oscar Piastri, the 2021 Formula 2 champion who is currently Alpine’s reserve driver.

But Piastri would only be available on loan as Alpine sees him as natural successor to two-time world champion Fernando Alonso, whereas Sargeant represents a longer-term option for Williams. 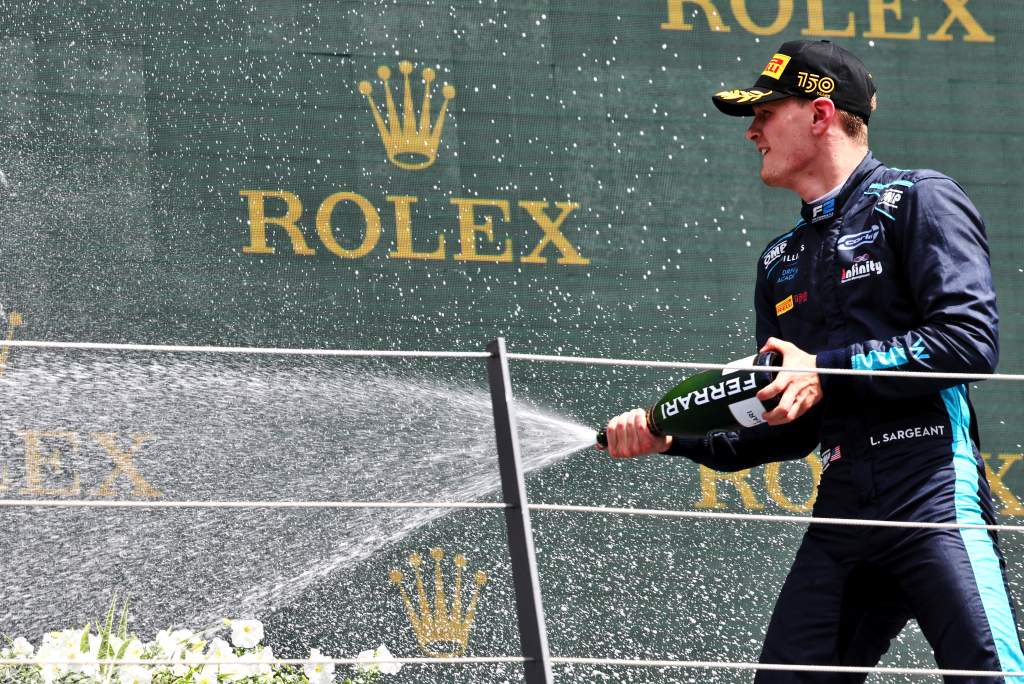 Although Alpine continues to insist Piastri will be on the F1 grid next year and Williams has now admitted publicly a loan deal for Piastri is possible, Sargeant cannot be discounted.

“It would be a great headache, wouldn’t it?” Williams CEO and team principal Jost Capito said when asked by The Race about Sargeant’s impressive F2 form and whether he could complicate Williams’s 2023 decision.

“I’ve had worse ones!

“Of course we are impressed, it’s his first season in F2 and we didn’t put any pressure on him so he has the time to develop. 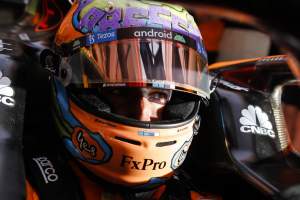 “And he’s really impressed us how quick he got to grips with the car, the tyre management and his results.

“How he got the pole yesterday was really impressive and he will be in a Formula 1 car in the future, I’m absolutely convinced.”

Sargeant’s form means it is now legitimate to question whether a race seat could now come as early as 2023.

While Piastri is a more well-rounded prospect, having followed up his F2 title win with an extensive 2021 car testing programme with Alpine, both would be rookies and time would have to be invested to bring them up to speed next year.

Piastri remains the most likely option at this stage but signing him requires Williams to accept it would only be on a one- or two-year deal, before he returns to Alpine. 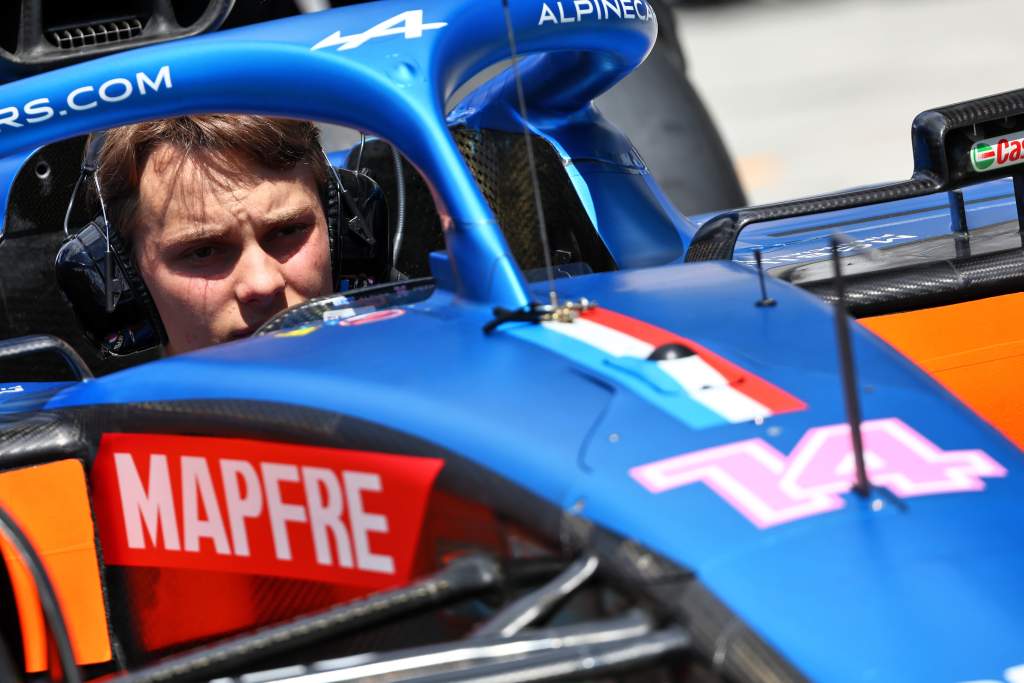 “I’d be open to loan Oscar out to a team as long as I get him back,” said Alpine CEO Laurent Rossi.

“We’ve invested heavily in Oscar, we believe in him. That’s why he’s our reserve driver.

“He’s a very promising talent and we’d love to fulfil his talent in the team.

“So, a loan, like many other drivers, starting in another team to learn the tricks, and then coming back to us, could be a good scenario.”

Capito has confirmed Williams is also open to this. But he would not hint either way when asked by The Race if a short-term deal for Piastri appealed or someone long-term like Sargeant would be better.

“We’ve got various options,” said Capito. “And that’s the options we are thinking about as well.

“We will finally go for what we believe is the best for the team. But it’s too early to get into details, because we’re not there yet.”

On being open to Piastri on a short-term deal, he added: “If that was the best for us, then we would consider that.

Could that solution be Sargeant? He has flown under the radar for much of his junior career but has always been an interesting prospect. 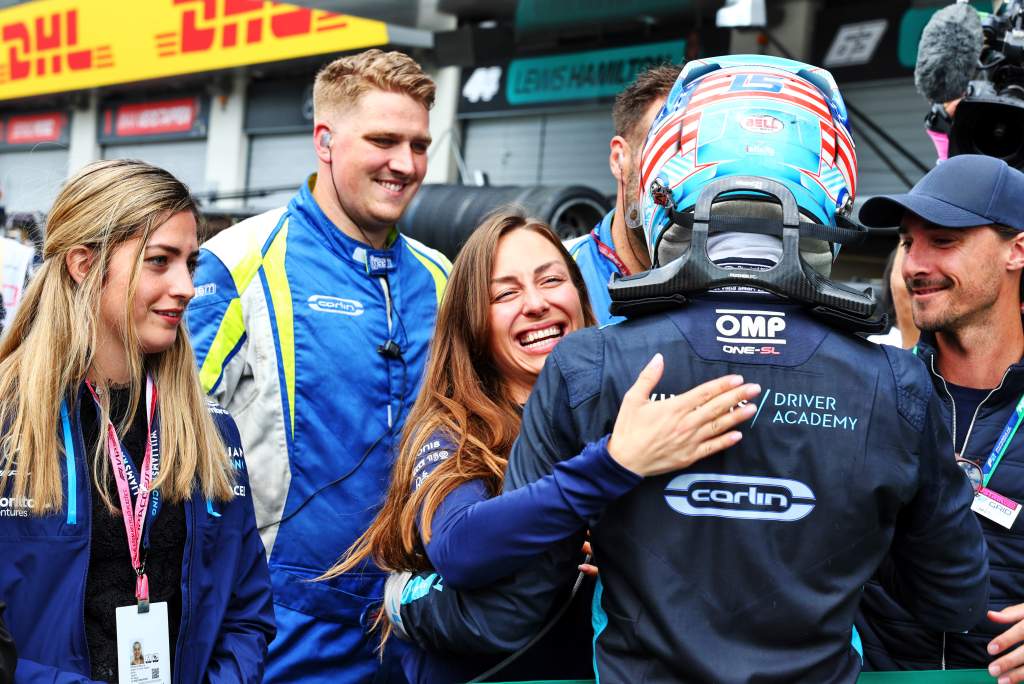 A karting world champion, Sargeant has won races at every level in car racing but budget issues threatened to force him out of single-seaters after he’d finished a narrow third behind Piastri and Sauber protege Theo Pourchaire in the 2020 Formula 3 championship.

He managed to secure a deal with the lesser-fancied Charouz team for a good but low-key third year in F3 in 2021 and then earned the Williams academy place for 2022 alongside an F2 graduation with Carlin.

Sargeant’s momentum has marked him out as arguably the most interesting prospect in what is admittedly a less-impressive F2 field this year.

He would almost certainly not have been in Williams’s thoughts for a 2023 F1 drive until recently, with a two-year F2 programme the most likely intention.

Now, though, Williams must be taking him increasingly seriously.