The suspension trick that got FIA to appeal against its stewards

The Mercedes rear suspension system that Red Bull turned into a major topic of discussion recently proved to be an entirely legal and well-understood mechanism that Formula 1 teams have pursued for a long time, but there have been cases where far more controversial suspension systems have been outlawed. Perhaps the most famous example in the 21st century is the mass damper.

Renault first stated running what is more correctly called the tuned mass damper in 2005. This was a mass of 5-10kg, which was tunable to the specific circuit, located in small cylinder between two springs that was placed towards the rear of the nosecone of the car. 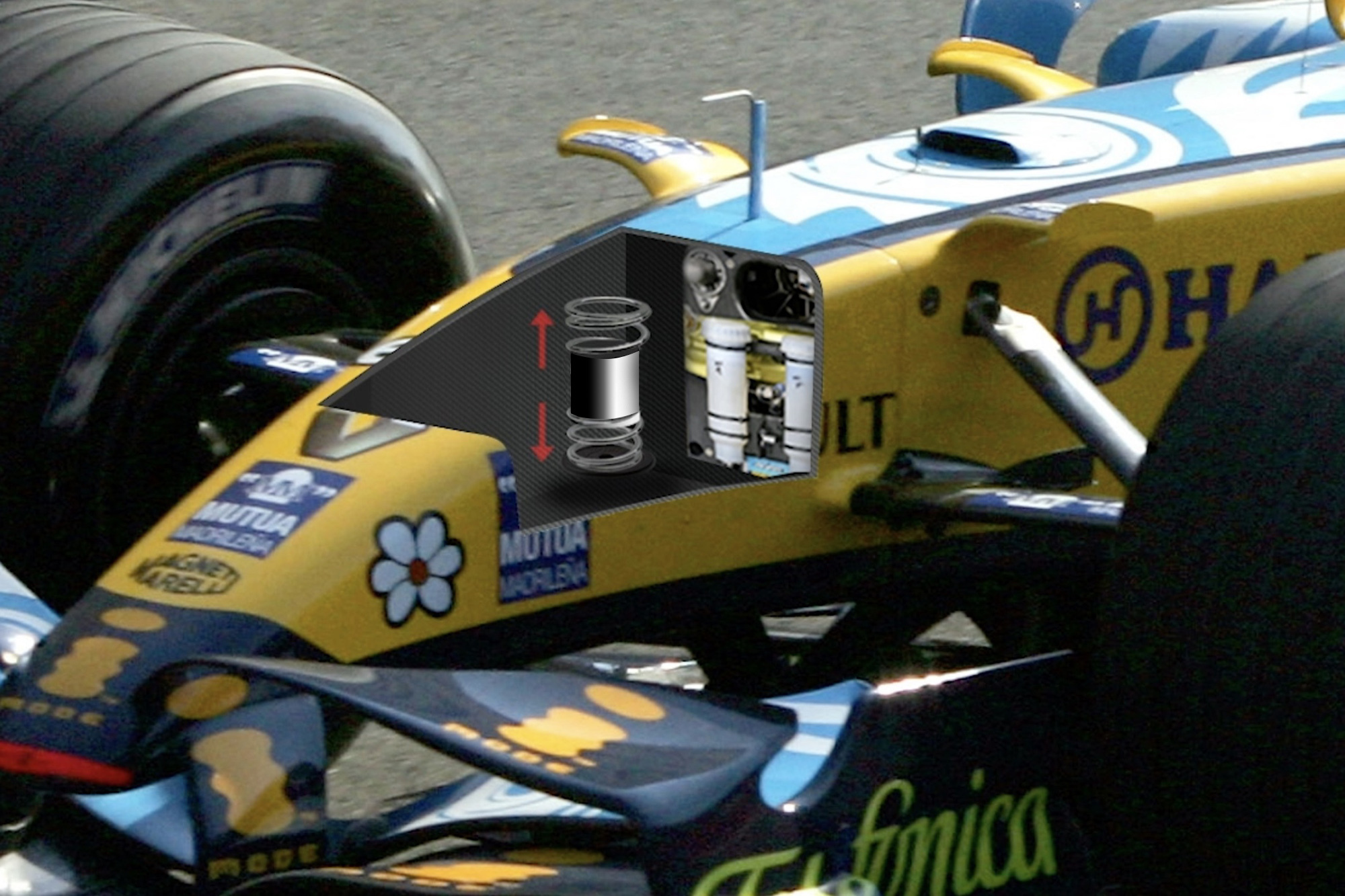 The purpose of this damper was to react to the vertical forces created by hitting bumps, undulations and kerbs to increase stability. This had a twofold effect – firstly improving the stability of the car by reducing the compressions and travel of the suspension, but secondly therefore holding it in a better aerodynamic window.

This was particularly beneficial to Renault, which had struggled a little with the raised front wing regulations of 2005 that had led to the front end being run stiffer and created a porpoising effect. The mass damper settled the front of the car dramatically and made the front wing work better.

It also evened out the variation of front tyre grip when braking and cornering, slightly reducing the theoretical maximum but raising the minimum grip. By evening out the fluctuations in pitch and boosting driver confidence, this was worth significant laptime – also allowing the drivers to be more aggressive over the kerbs. It was a simple, elegant and very effective solution that offered compound gains.

Once rival teams learned of the mass damper, they all tried to copy it with varying levels of success. Ferrari introduced its own mass damper, but it couldn’t gain the same advantage thanks to the fact it ran the stiffer-sidewalled Bridgestone tyres. The mass damper was more beneficial when working with the more compliant Michelin rubber, leading to Ferrari lobbying against it. 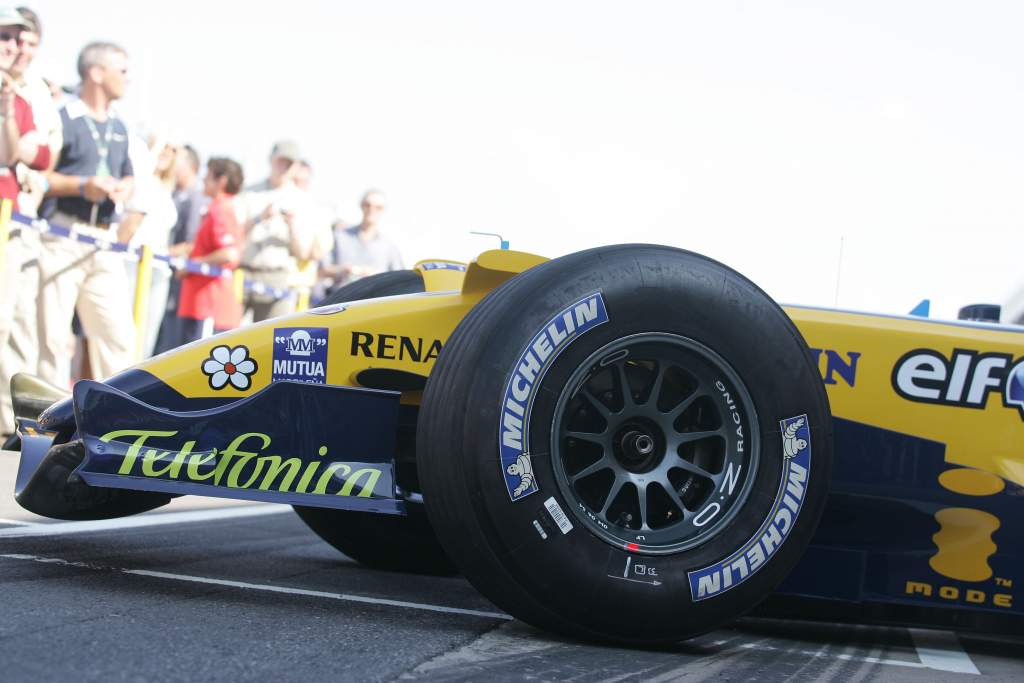 Ahead of the 2006 German Grand Prix, the FIA issued a technical bulletin declaring the mass damper illegal on the grounds that it was a moveable aerodynamic device.

Renault, understandably, disagreed with this. As a result, its spare car was submitted for scrutineering with the mass damper fitted in the knowledge that it would be referred to the stewards. They then issued their verdict on Friday morning at Hockenheim that the use of the mass damper was “permissible”.

There were various reasons for this, including the fact that mass damper use was widespread and, most significantly, that the stewards felt there was no specific regulation that outlawed it.

However, the stewards did concede the FIA was right to be concerned, stating that “whilst finding that on the basis of existing technical regulations, the use of mass dampers is permissible, [this] should not be regarded as an endorsement by the stewards for any use or further development of such devices beyond the current 2006 championship”. 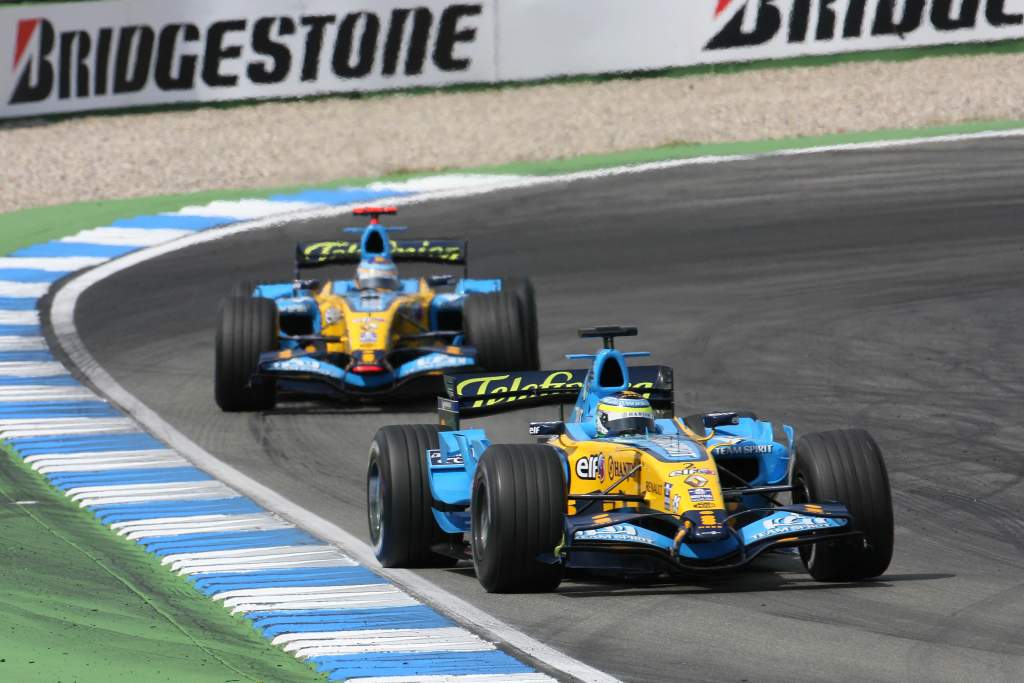 The FIA then appealed against its own stewards, an unusual but not unprecedented move given it had done the same thing the previous year in relation to the BAR fuel tank affair at Imola. Renault therefore opted not to run the mass damper at Hockenheim, but did use it in the following race at the Hungaroring on the basis that the appeal hearing would not take place until after the Hungarian Grand Prix.

The mass damper then was indeed banned on the basis that it contravened Article 3.15 of the technical regulations. Not only was the mass damper deemed not part of the suspension system, which was significant given the suspension system must by its very nature move and therefore has to be allowed to (a key reason the Mercedes DAS was declared legal last year is that it was considered part of the steering system rather than the suspension), but Renault’s argument that the aerodynamic benefits were a “small subsidiary effect”, as Pat Symonds put it, was not accepted.

When it comes to interpreting the regulations, the ‘primary purpose’ of devices is significant and it was felt the mass damper was first and foremost a device for aerodynamic benefit.

The mass damper was therefore no more, although Alonso and Renault did go on to win the drivers’ and constructors’ titles.