Many elements of Formula 1’s sprint race were designed to encourage drivers to do something they often cannot in a grand prix: race flat out.

Management has always been a key part of F1 driving but in an era of higher-degradation Pirelli tyres and regulated fuel-usage, its influence is at an all-time high.

Stints are often dictated by tyre conditions. Push too hard early in a stint and the tyres might grain or blister. Slide around too much in the dirty air of the car ahead and the rear temperatures will spike.

It’s why we see such slow laptimes at the start of grands prix as teams want to keep the number of pitstops to a minimum, so they get their drivers to run at the slowest possible pace. It’s why we often hear drivers complaining about wanting a tyre they can actually attack with.

“We drive 10 seconds off the pace at some circuits and this is just to play the best strategy – that means conserving the tyres,” says Mercedes boss Toto Wolff.

But F1’s new shorter Saturday race, around one-third the distance of a full grand prix, was meant to encourage drivers to push to the limit because the stint length would be short enough for the tyres to survive. 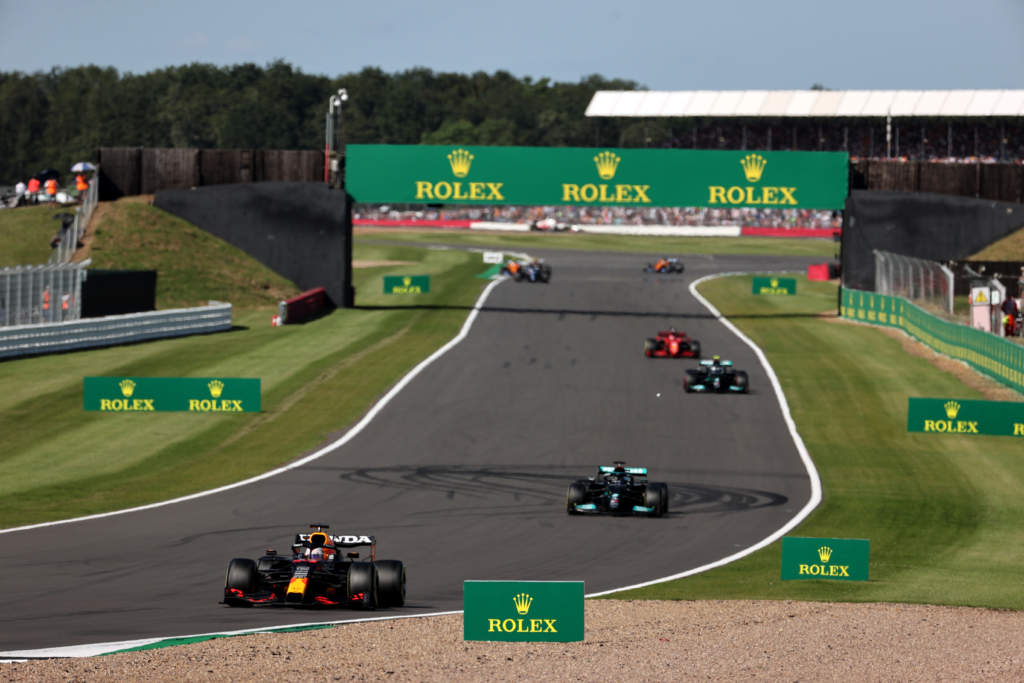 With no mandatory pitstop, the length of the stint was defined for them – drivers wouldn’t need to worry about saving the tyres to potentially extend their life.

And by not imposing a fuel usage limit, F1 was leaving it up to the teams to determine whether they’d have to aggressively fuel save at any point.

The idea was to give as much chance as possible for the sprint to be the mystical ‘flat-out racing’ F1 is so often deprived of. And while Silverstone’s sprint race didn’t feature much wheel-to-wheel action outside the opening lap, drivers reported an improved experience.

“It is a big, big difference,” said Ferrari’s Charles Leclerc. “It’s very nice. I prefer to drive in those conditions.

“It makes me think about refuelling a little bit because it feels very good. Seventeen laps pushing flat out is normally not something we are used to unfortunately.” 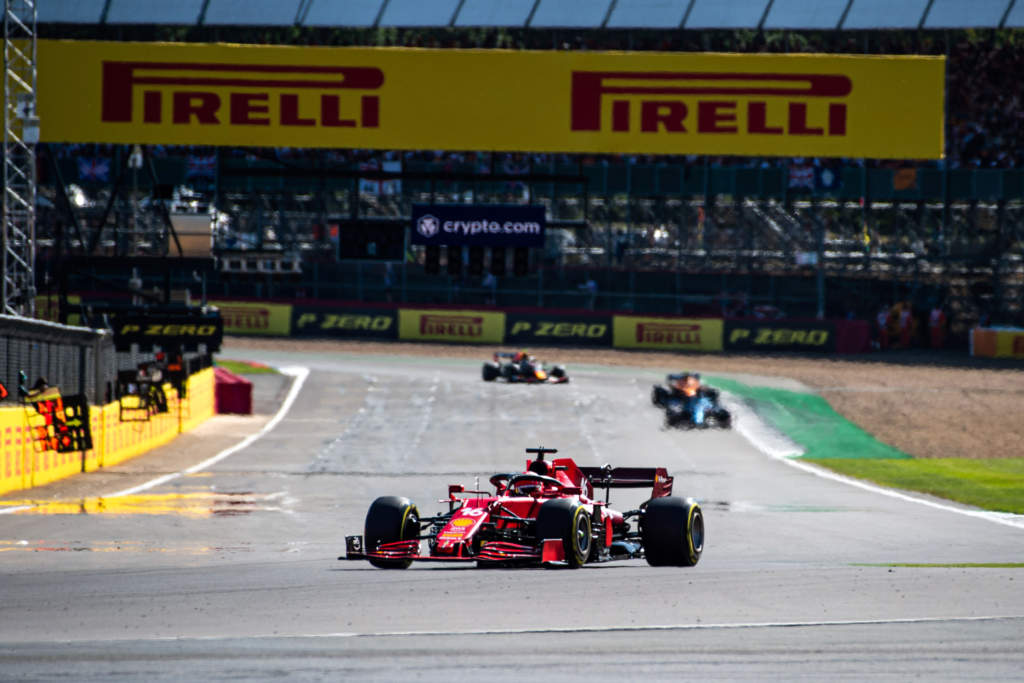 The reference to refuelling was an interesting one. Refuelling is often used as an easy answer to some of F1’s modern ills. So, was this really a bit like returning to that era? And if so what did it say about what F1 is and isn’t missing about refuelling?

One important factor to consider that separates the sprint race from the refuelling era is that everyone drove to a set distance on Saturday. Were refuelling to exist in races, that wouldn’t necessarily be the case as pitstop laps would differ (even though teams would likely realise that short-fuelling to get track position was the best strategy). 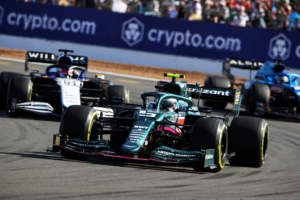 But with the cars starting with around one-third of their usual amount of fuel, they were a good 60kg lighter at the start of the sprint race. And drivers were encouraged to push as hard as possible without managing their tyres as much as normal. These are two factors that at least bear similarities to a world of refuelling.

A comparison of Leclerc’s sprint race times and the first 17 laps of his grand prix on Sunday seems fair because Leclerc said post-race he was pushing “not 100% but 200%” after finding himself in a shock lead.

Therefore, it stands to reason that he was driving as fast as possible, so it should only be the fuel loads that are different between the Saturday and Sunday stints. 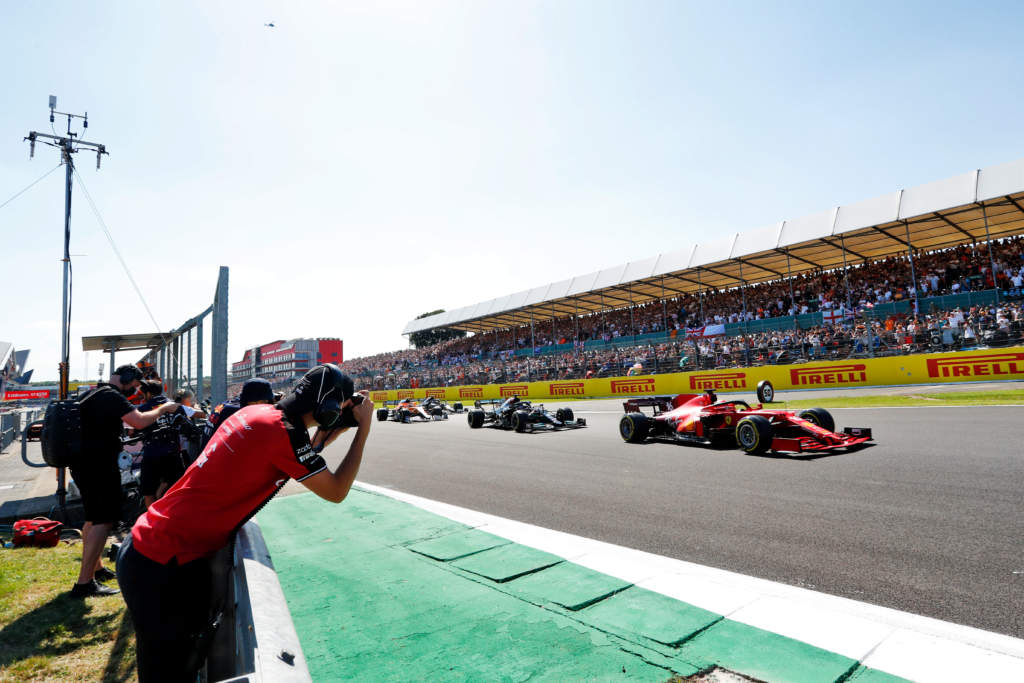 Comparing the two stints confirms the obvious: races would be quicker if refuelling were allowed. Leclerc’s average lap time (after the opening lap) in the sprint was 1m30.892s. His first 17 flying laps in the grand prix was 1m32.769s – almost two seconds per lap slower.

Yet if ‘flat-out racing’ is what F1’s lacking – and Williams driver Nicholas Latifi called the sprint “as flat out as F1 racing gets” – why was the sprint race still quite tame?

Wasn’t the fact there was very little overtaking once the race settled down reminiscent of the days of refuelling – and a ‘wait for the pitstops mentality – anyway?

And didn’t it show exactly what’s wrong with this era of high-downforce F1 cars, the fastest ever, in that they are brilliant machines for the drivers to experience at full speed but pretty woeful as far as encouraging racing goes?

Whether the cars are laden with 100kg of fuel or 35kg, the drivers are constrained by other factors that still made the sprint race predictable: the tyres and the aerodynamics.

It doesn’t really matter if cars were lapping in the 1m30s, the 1m32s, or the 1m35s at Silverstone. If the cars around them were of a similar pace, it was difficult to follow and even more difficult to overtake.

George Russell pointed out the same positives as other drivers – “really pushing the cars to the limit, which is not what we often get to do” – but he also hit on another noteworthy point about the sprint: “It was only in the final lap or two that the tyres did start to degrade, and obviously that’s when the real action would ordinarily happen in a normal-length race.”

Even in a race they could, theoretically, push as hard as they wanted, they were – shock! – still beholden to the usual limitations. 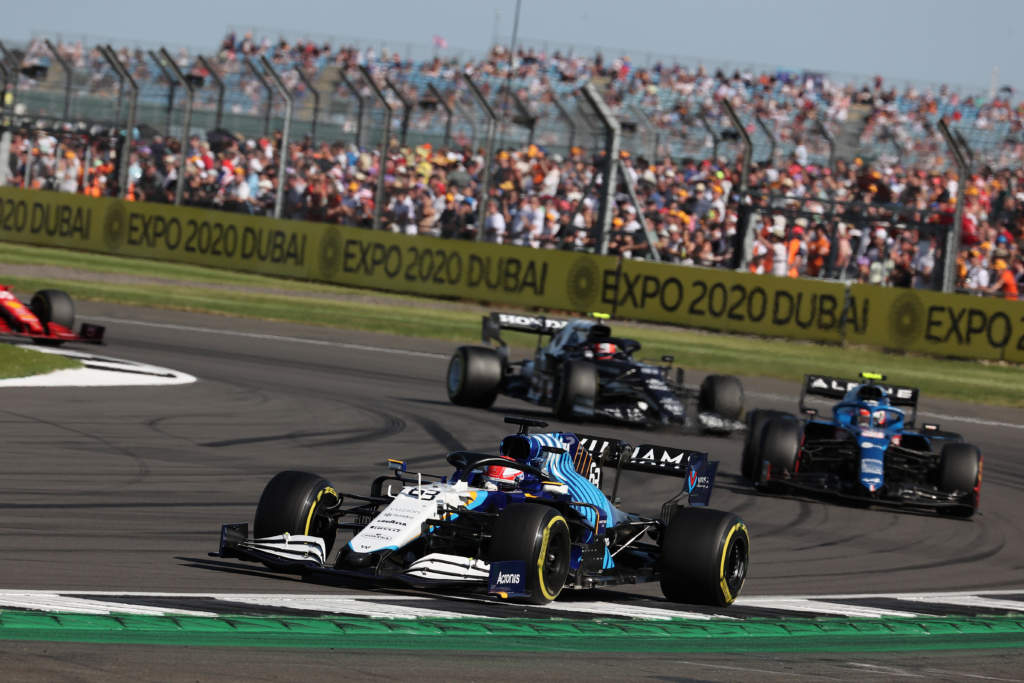 F1’s sprint race was, by the standards of a normal F1 race, just fine in isolation. Nothing more.

It might have given younger drivers a hint of the era that preceded them, but it seems the benefits of an homage to the days of refuelling start and finish with how much fun it was for the drivers.

It showed the underlying issues of modern F1 exist regardless of how much the drivers can and cannot push – which is why F1’s priority for the 2022 revolution is reducing the aerodynamic influence of the cars and improving the durability of the tyres, not reintroducing refuelling.