The shine is coming off Magnussen’s feel-good F1 return

Kevin Magnussen celebrating a “viking comeback” to Formula 1 with a fifth place in the Formula 1’s 2022 season-opener was one of the championship’s most wholesome feel-good stories in recent years.

The jubilant post-races scenes of a beaming Magnussen celebrating with his family and a Haas team finally having a reason to celebrate after a painful and pointless 2021 season will live long in the memory of any fan of F1’s midfield. 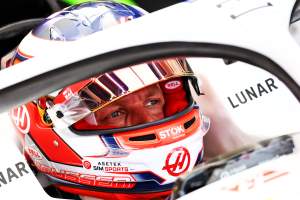 But the shine is well and truly starting to come off Magnussen’s dream F1 comeback and there’s an all-too-familiar sense of frustration and missed opportunity.

The Spanish Grand Prix marked the debut of upgrade packages for many of Haas’ midfield rivals, but the team stood still, knowing its one and only major upgrade package of the season wouldn’t be due until mid-July.

However that didn’t stop Magnussen from claiming eighth place on the grid and he was challenging Lewis Hamilton for sixth place on the opening lap when the duo collided at the Turn 4 right-hander.

Magnussen was attempting to go around the outside of the seven-time champion who was slowed by coming off second-best in his fight with Carlos Sainz through the first three corners.

But Hamilton understeered slightly wide and clobbered Magnussen who had left him little room with his ambitious move.

Magnussen was fully entitled to go for it and the stewards rightly decided no further action was necessary, but Magnussen went for a high-risk move with a driver who had a much quicker car and ultimately lost a points finish because of it.

Magnussen is a racing driver so of course, he’s going to race the car in front of him, but you’re far less likely to see other midfield leaders like Lando Norris overreach and pick up damage while doing it. 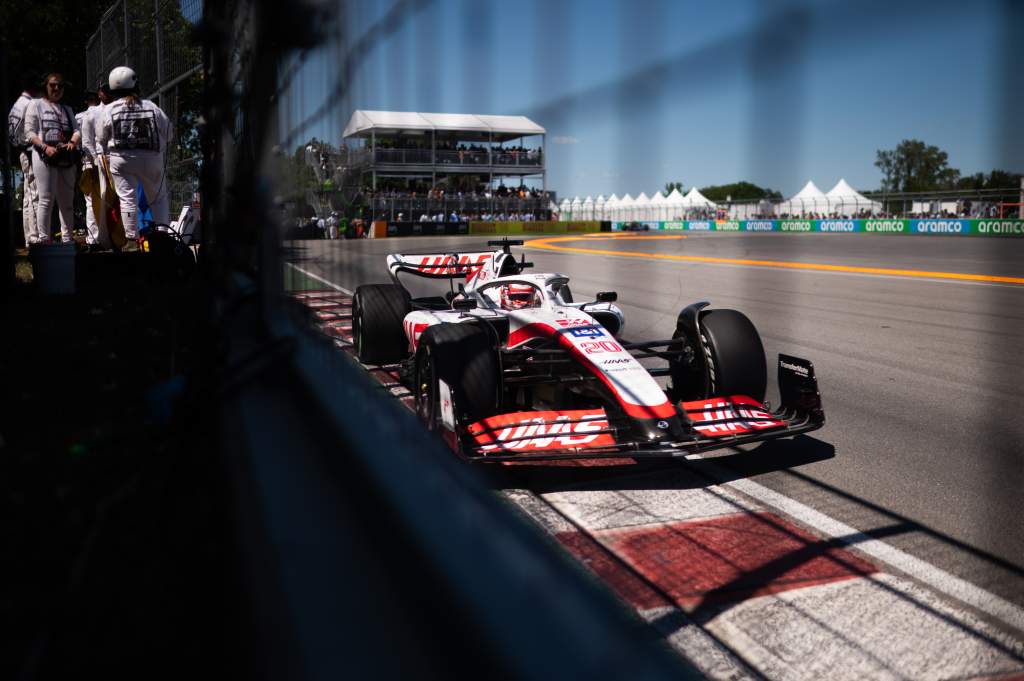 As a one-off incident like that kind of gamble is understandable, but Magnussen had just come from the Miami GP where he’d picked up a penalty and retired after the second of two collisions with Lance Stroll.

At the Canadian GP, he attempted a similarly ambitious move – again on Hamilton – and had his race wrecked as a result. 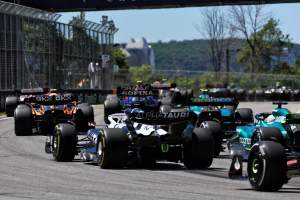 After taking the outside line through Turn 2, Magnussen stayed alongside Hamilton but the Turn 3 corner that follows is a tight right-left section – and Magnussen’s front right clipped the right side of Hamilton’s car.

This only “scratched” his front wing according to Magnussen but via some lobbying from his rivals, the stewards decided to force Magnussen to pit for a new front wing.

“Yeah, I was just talking to [Esteban] Ocon now and he was just joking how he told the FIA that it was really bad,” Magnussen said after the race.

“If you know you can influence the FIA like that, you’re going to do it, aren’t you? Which is what he did. Fair play.” 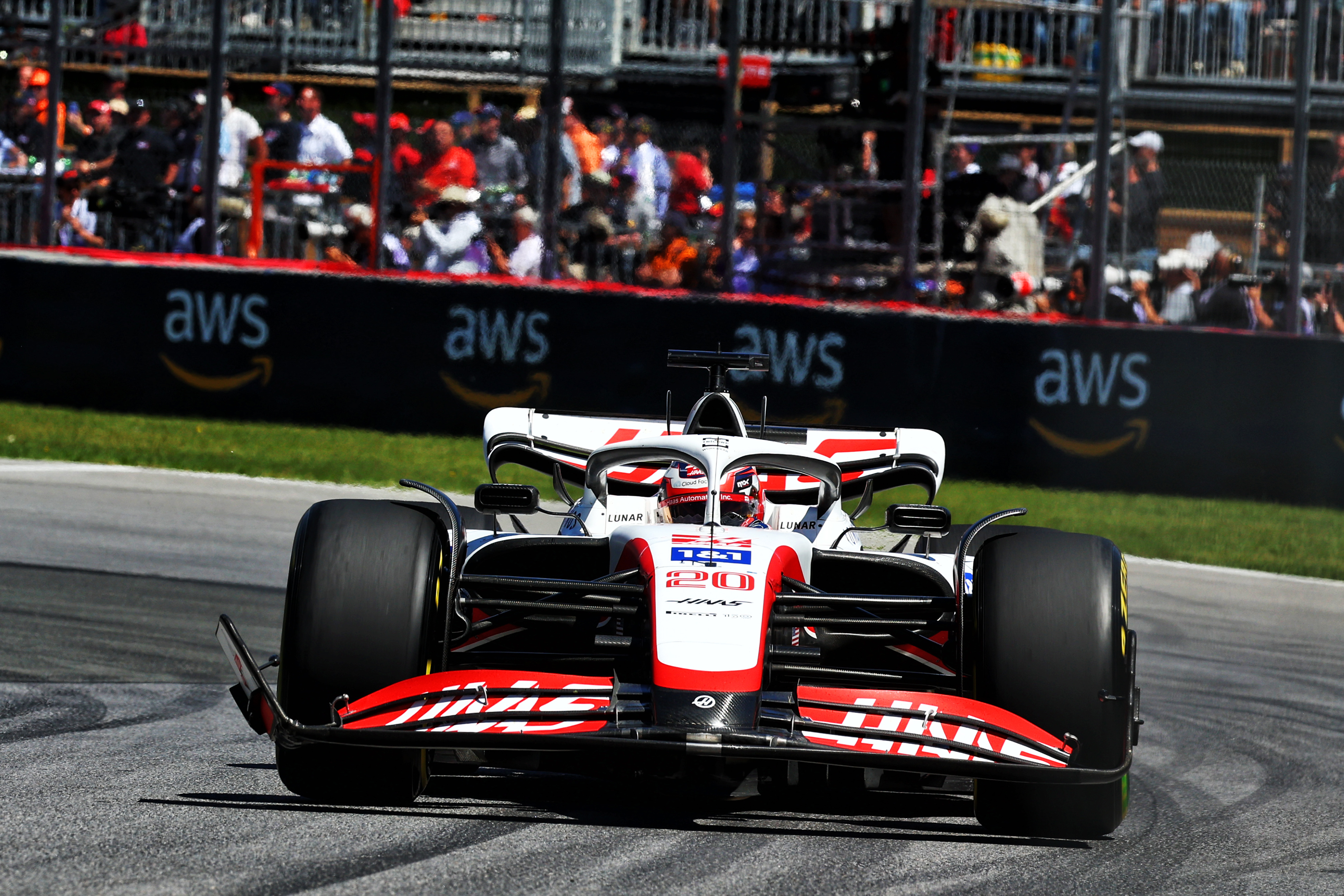 As in Spain where he simply said he hadn’t seen the incident yet, Magnussen was short and sharp with his post-race responses, brushing off the contact with Hamilton Montreal as “it is what it is”.

Magnussen’s ire with the stewards showing him the black and orange flag in Canada followed him leading the criticism of the delayed start to the Monaco GP. 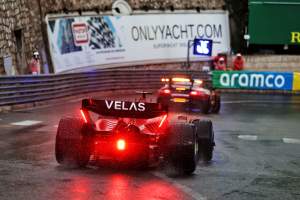 He said he “didn’t really understand” the decision and when told of the reason for it [concern that the drivers hadn’t driven in the wet that weekend yet] he replied: “Was that it? That’s fine, we’re professional drivers, it’s not WEC.”

Magnussen has understandably cast a more downbeat figure across the last five races – where a pair of 17th places mark the only time that he’s taken the chequered flag.

As Haas falls further behind its rivals as the understanding of their new upgrade packages increases, there’s a real sense of frustration that the team hasn’t capitalised when it’s had the car to take it to much higher than the ninth place it currently occupies in the constructors’ championship. 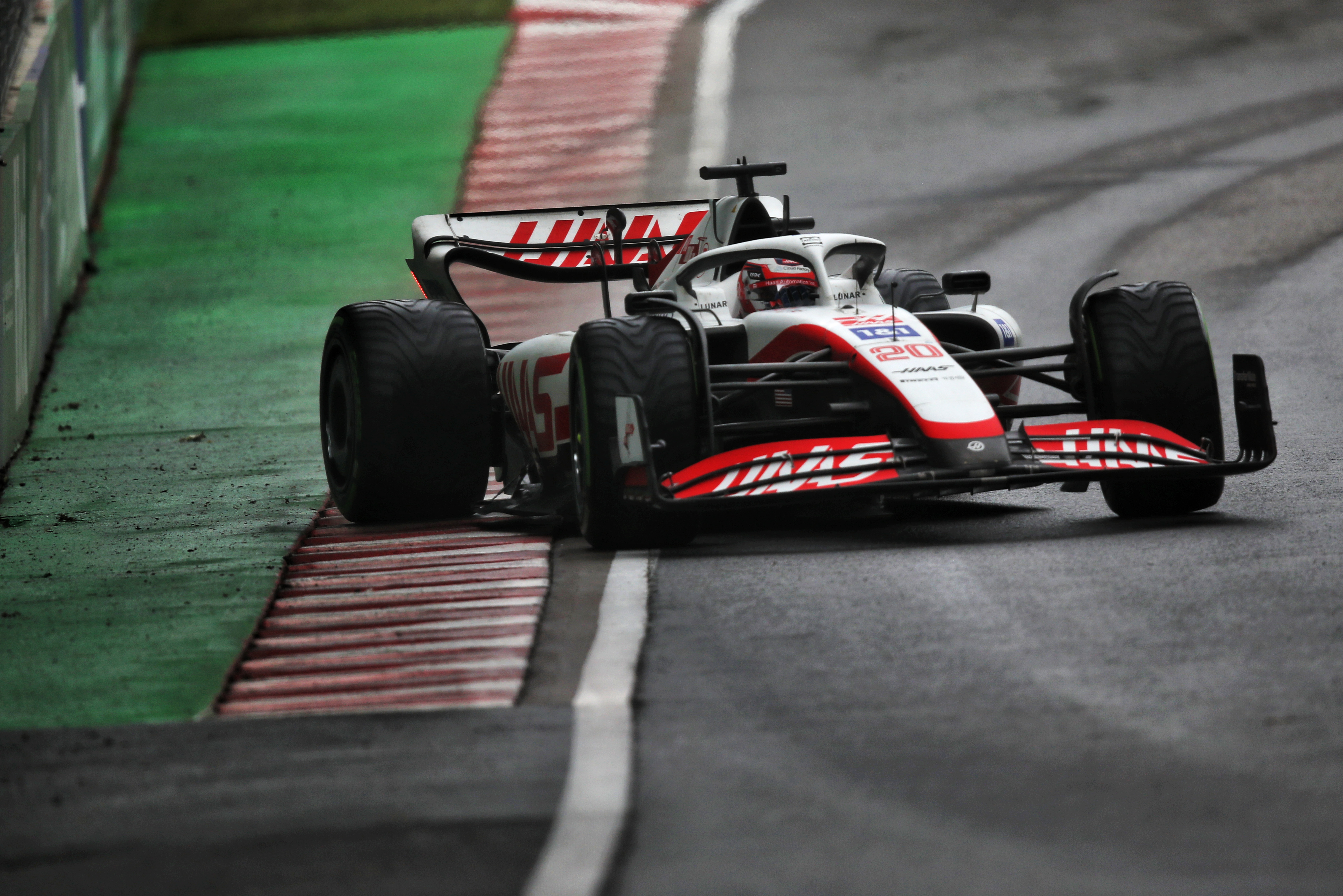 An often-justified sense that he’s not getting the results he deserves and frustration at the stewards were all hallmarks of Magnussen’s prior six years in F1.

And it appears the harsh realities of F1’s midfield has quickly set back in for the Dane, so even though his fifth place on the grid in Montreal shows he’s still more than capable of delivering giant-killing results, much of what hurt his previous F1 stint threatens to taint his comeback.