Mercedes has turned heads at the start of the final Formula 1 pre-season test with its aggressive design making the sidepods on its 2022 car “disappear”.

The latest evolution of the W13 and its extremely minimal sidepod treatment broke cover on the first morning of the Bahrain test this week.

There have been hints of something this aggressive for a while, especially with how heavily senior team figures have leant on the focus put into the car’s cooling requirements. 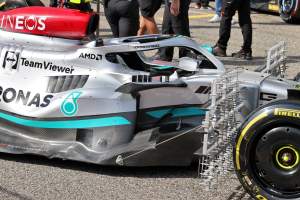 Mercedes High Performance Powertrains boss Hywel Thomas noted a “huge change” in the sidepod design in a video the team put out explaining the biggest changes on the 2022 car.

That was a discussion between Thomas and Mercedes F1 technical director Mike Elliott staged around a more basic iteration of the W13.

The original Mercedes sidepods still shrank significantly at the back, so it’s possible their comments were aimed purely at what was already visible in testing rather than a tease of what was to come.

Either way, it serves as a good steer to understand the focus behind the final, innovative design. 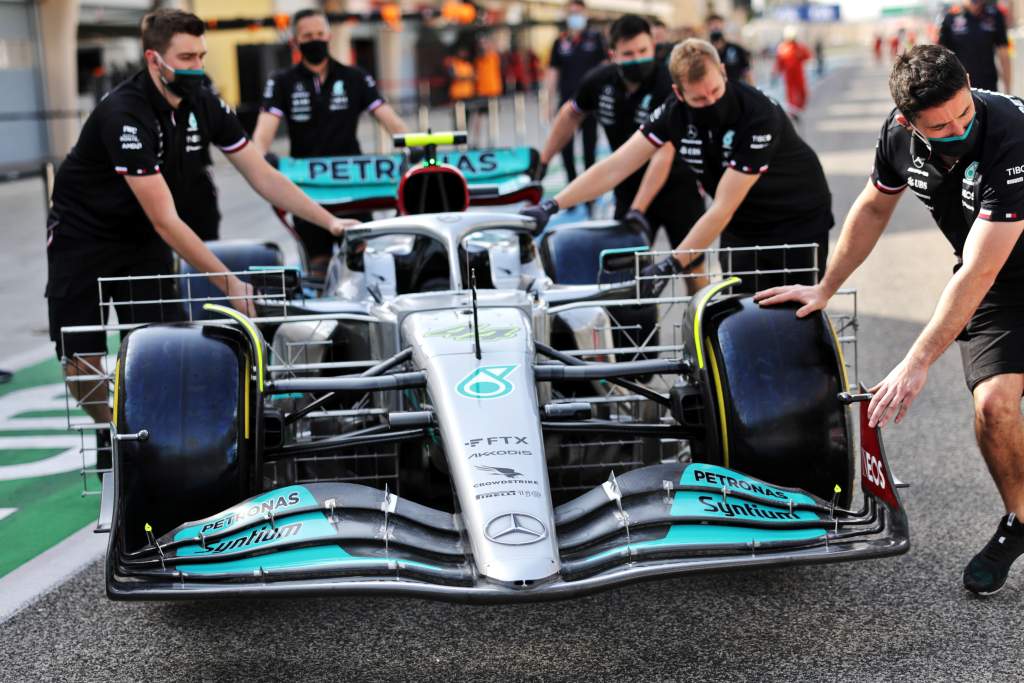 “I guess when you look at the sidepods – I know you guys! – you’d be worried where that’s going to cool,” Elliott joked.

Thomas replied: “Yeah, I’m worried about my engine! How’s that going to get cooled with a sidepod that seems to have disappeared?”

The sidepods cannot be eliminated entirely, given the need for the mandatory side impact structures and the need for cooling inlets.

But by packaging the cooling inboard and possibly a little higher in the car, Mercedes has created the space for a tightly-clad sidepod that then quickly narrows. 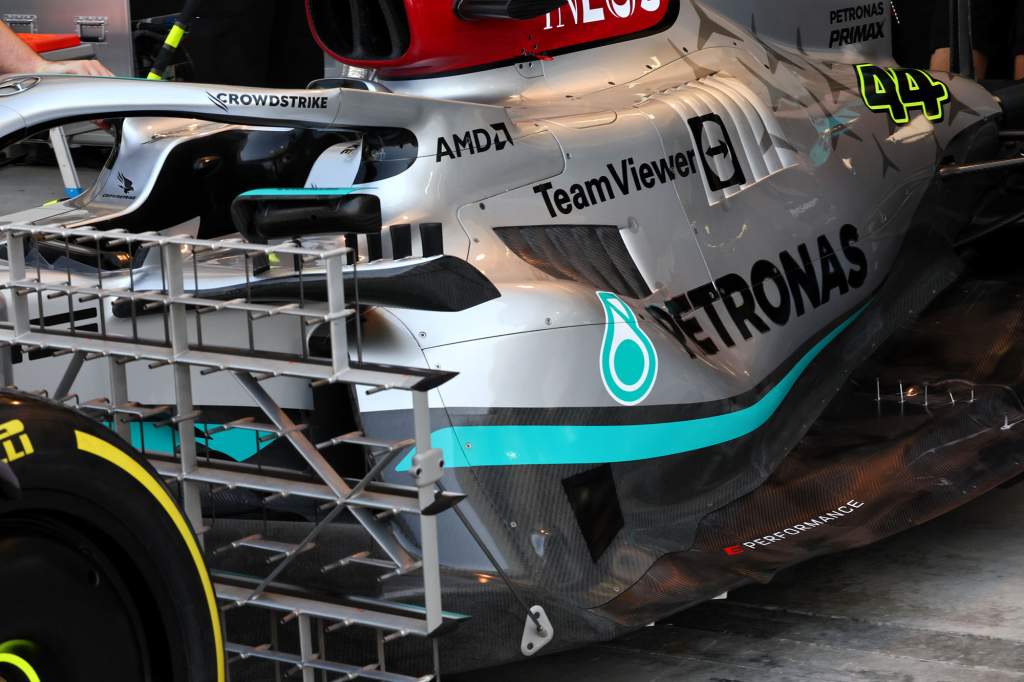 “The work we’ve done together on the layout of the exhaust, and the cooling systems of the car, are going to pay big dividends in the aerodynamics.”

Several teams have talked about the opportunity afforded by the new regulations to package significant parts of the car’s architecture as cleverly as possible to maximise aerodynamic performance. 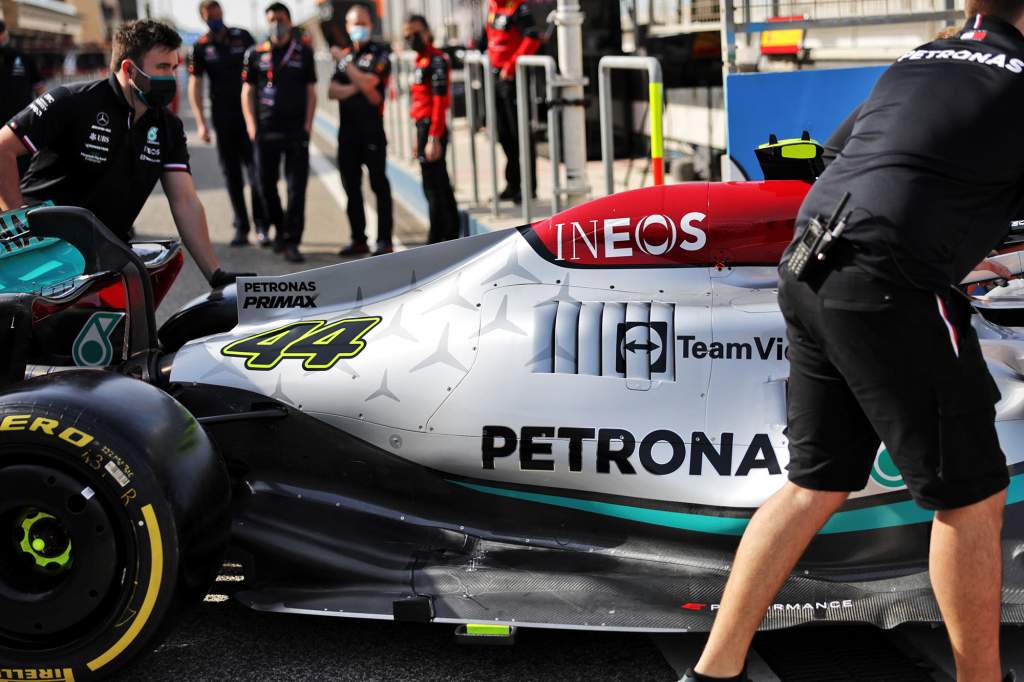 This has manifested itself in different ways, with some teams opting for heavily-undercut sidepods and others going for designs like the original W13 where the sidepod quickly falls away.

Mercedes’ design is the most aggressive of the minimal-sidepod solutions. And that has been supported by significant changes to the power unit.

“There’s just so much great work, I think, done by the team, especially the way that it sits within the car,” said Thomas. 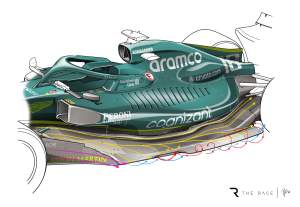 “We all know much work has gone on to get it into the car. Front of the engine is just completely different.

“I guess over the years, we kind of talk about the front of the engine and almost every year, we’re rearranging it. But this wasn’t a little rearrangement.

“This has been a massive tear-up.”

To that, Elliott offered a joking apology. In return, referring to the car – physically present in its launch spec, but well on the way to becoming what we’ve now seen in Bahrain – Thomas said: “But it’s to make it look like that, isn’t it? So we all understand.

“You and I both know that what’s under there is completely different.”