The Istanbul change that has caught out teams and drivers

After Friday practice in Turkey in 2020, Red Bull Formula 1 driver Max Verstappen likened it to “driving on ice” given the dire grip levels of the newly-laid surface.

This year, the talk was of higher-than-expected grip levels, with Mercedes driver Valtteri Bottas describing it as “one of the grippiest tracks we have on the calendar”. 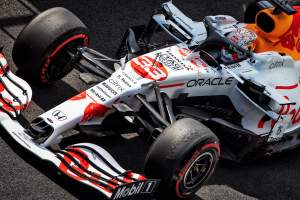 That transformation was reflected in the improvement in pace, with Lewis Hamilton’s fastest time in FP2 4.526s quicker than the best set last year. Thanks to rain on Saturday and Sunday, that fastest 2020 time was also set in FP2.

“It was a lot faster, now it’s like proper grip,” said Bottas. “Actually, I think one of the grippiest tracks we have on the calendar.

“Obviously, it makes the track more fun. And it’s a pretty different approach with the car set-up compared to last year because of that and we have to re-adjust quite a bit during the day.”

Mercedes wasn’t the only team that had some work to do on its set-up. Red Bull team principal Christian Horner described the struggle with a “balance mish-mash” thanks to the increased grip, while plenty of drivers struggled with understeer. 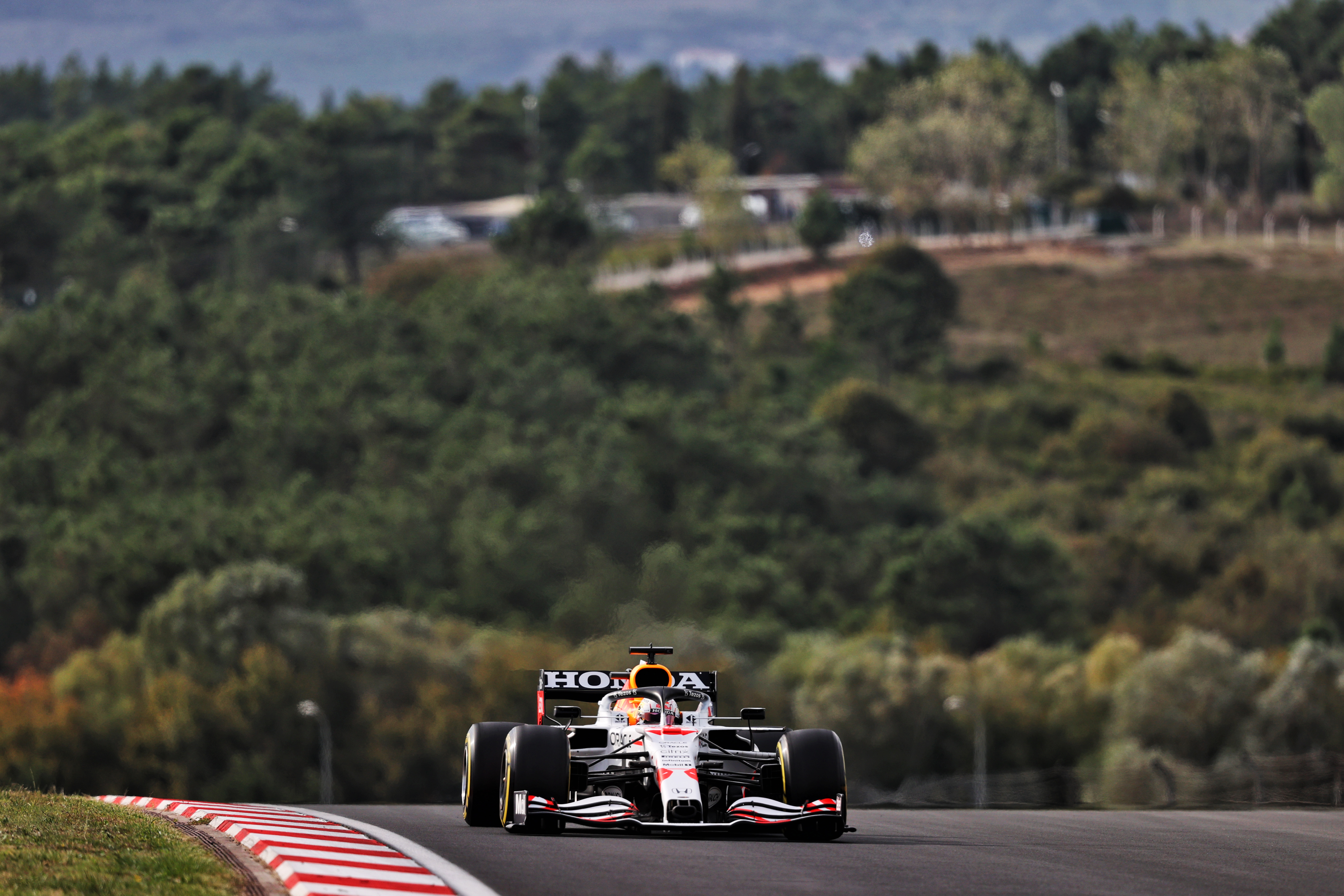 While none of this came as a complete surprise to teams given the unusual factors that made last year so difficult, the extent of the grip increase has come as a surprise.

Last year, the track surface was relaid ahead of the Turkish Grand Prix weekend with work only completed 10 days before running started. This meant that there was significant bitumen on the track surface that there had been no time to work out of it, something that has changed this year partly due to the pressure-washing of the track surface and partly thanks to 11 months having passed. 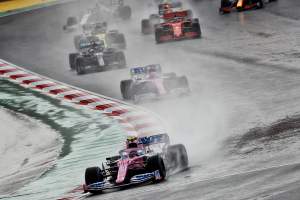 According to Pirelli’s Mario Isola, the overall grip of the track has increased even though the roughness remains unchanged, which is indicative of the removal of the surface bitumen being the key change.

“There was the treatment with the high-pressure water jet that was just moving the top layer of the Tarmac that means mainly bitumen,” said Isola.

“What we found during our usual measurement of track roughness, the level of grip increased quite a lot.

“This is probably due to the fact that we don’t have the bitumen on top but the stones are visible and therefore generating more grip compared to last year. 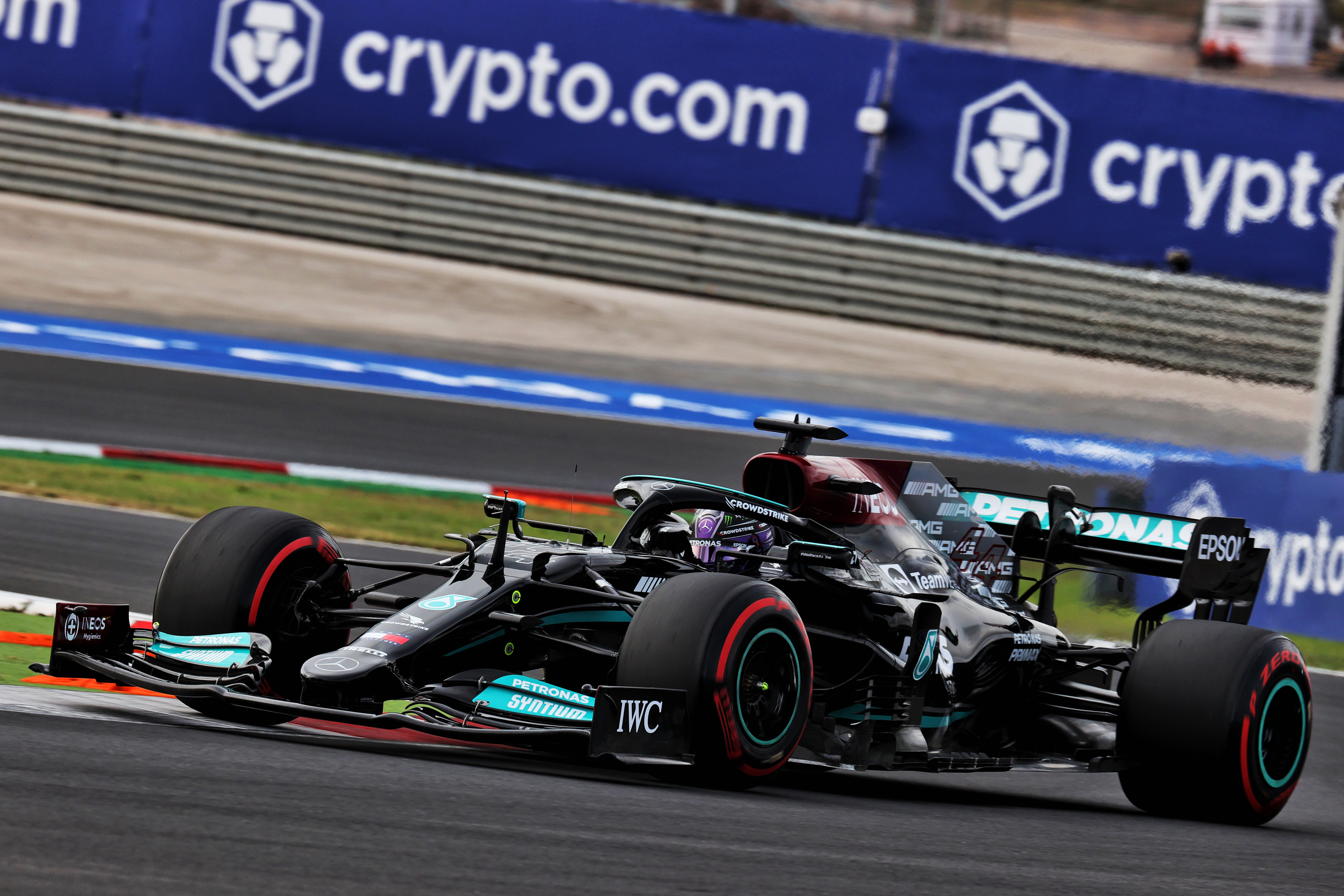 “The increase in grip is clear because the laptimes are four to five seconds quicker.”

As for Bottas’s estimation that this means Istanbul Park is now one of the grippiest circuits, Isola stopped short of offering a precise ranking, but did confirm it was towards the upper end of the spectrum. 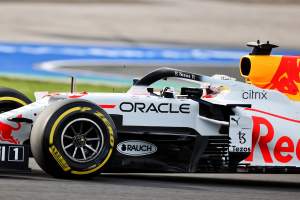 Mercedes trackside engineering director Andrew Shovlin confirmed that the grip level was higher than what was used for simulations and set-up preparation, leading to changes today as Mercedes adapted to the real grip levels.

“We scan the tracks for use in the simulator and we know the layout of the track to the nearest millimetre. One of the hardest things to predict though is how much grip the Tarmac has got and it’s grippier than we expected it to be.

“But you can see that with a lot of teams as they were dropping wing level, which is what you do as the grip level goes up, so there has been a bit of adapting.” 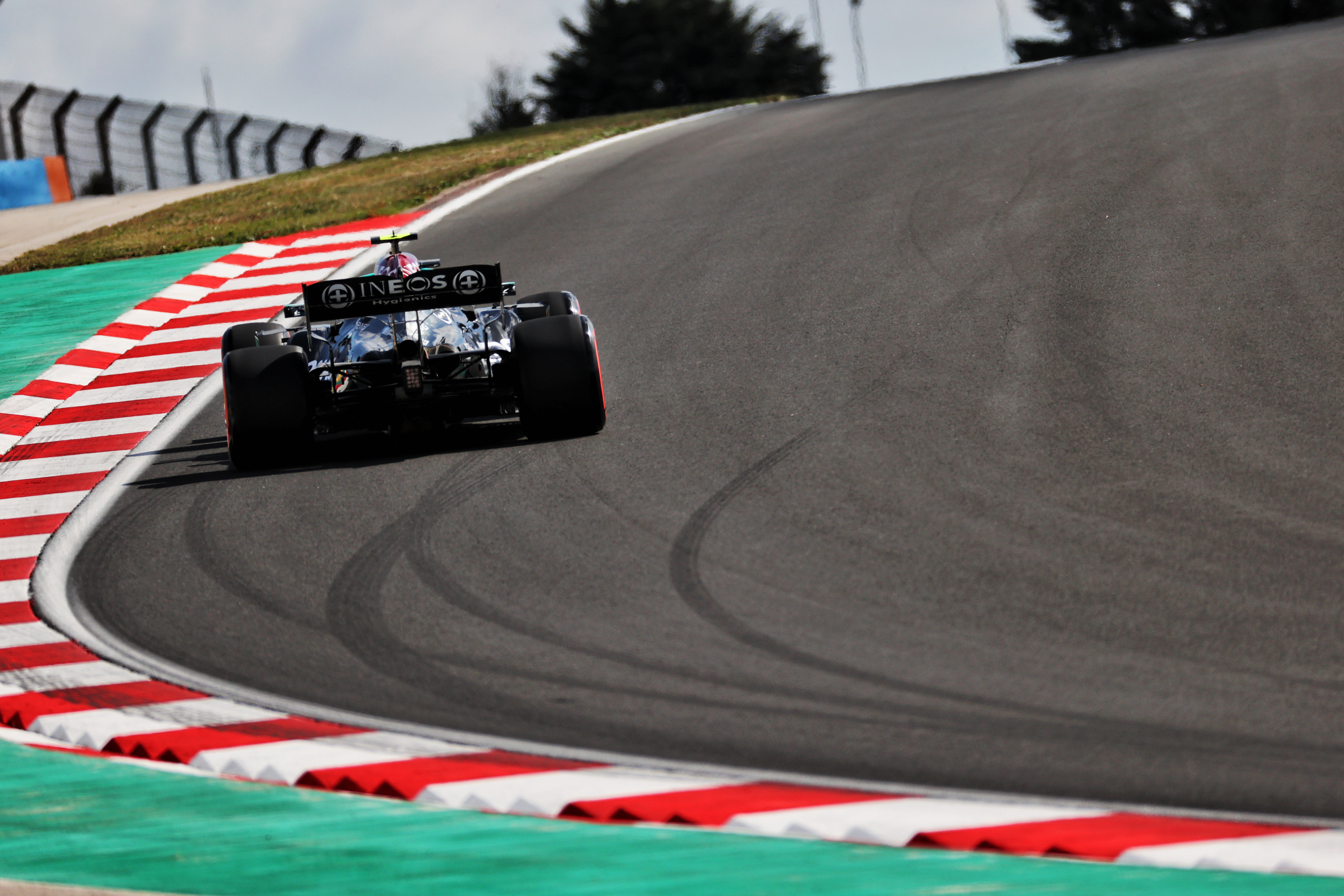 McLaren’s Andreas Seidl described the circuit as “more normal” but that it effectively meant the team was starting from nothing in terms of set-up work.

“The track is a completely different one compared to last year with the Tarmac behaving more normal,” said Seidl.

“So it was kind of a start from scratch here at this track but it was a great challenge for everyone, for the drivers – they enjoyed it out there.

“We were simply curious to find out what the treatment to the Tarmac has done to it. And in the end, it’s back to normal levels.”

The track surface was leading to more graining, which was in evidence on all three tyre compounds. This also accelerates the wear of the tyres, meaning that a two-stop strategy is likely to be favoured – particularly for those starting on the short-lived softs.

With Saturday’s FP3 session potentially affected by rain, this means that the wear levels will need to be carefully measured based on Friday’s running to judge the optimum strategy. 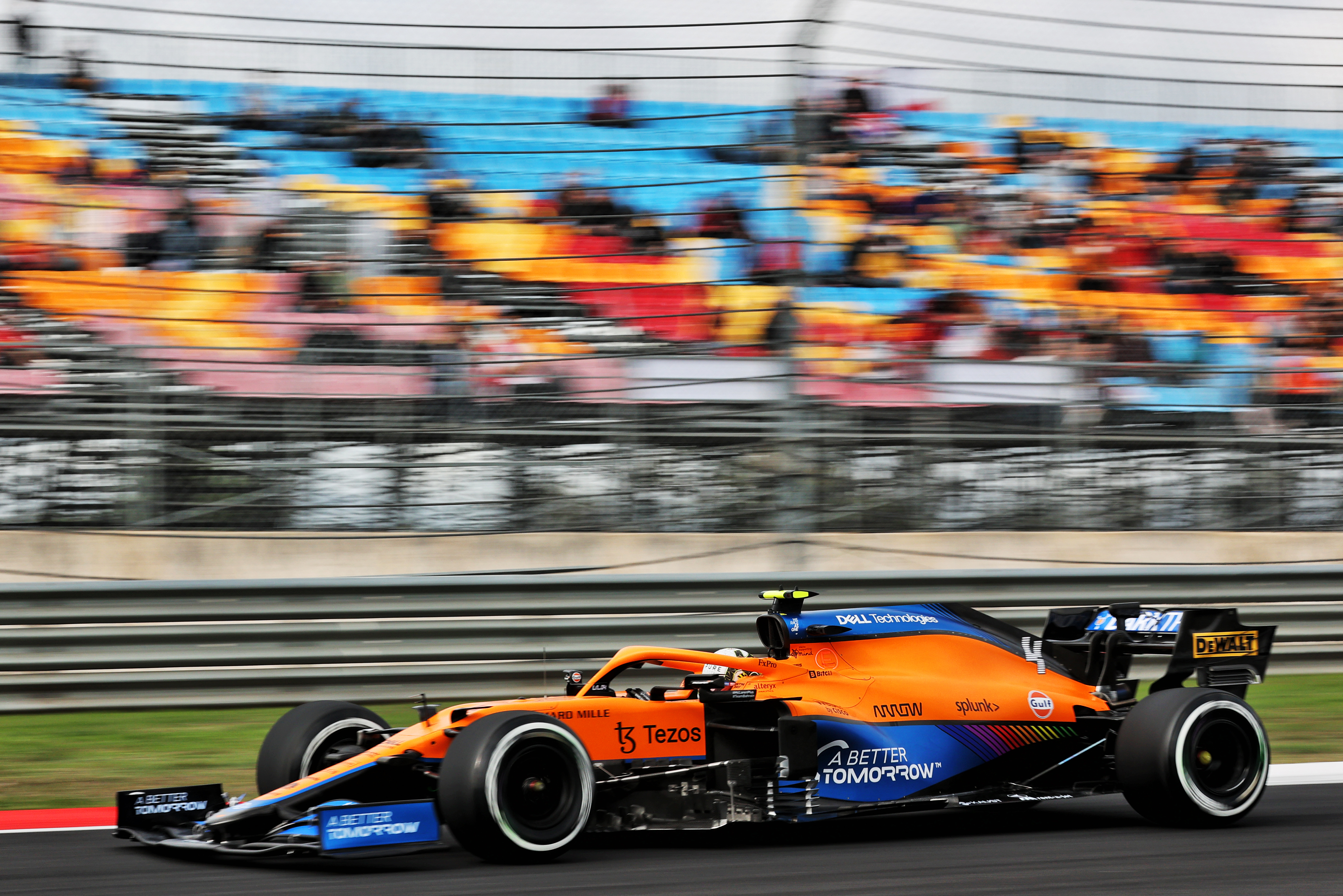 “We’ve quite a few people, our drivers and other drivers from what I’ve heard from the radios that were broadcast, complaining about the front not gripping up, or understeer or very low grip – not low grip but actually issues with the front and getting it turned in,” said Alpine executive director Marcin Budkowski when asked about the graining.

“So, interesting. We’ll obviously be thinking about that.”