Given that Honda’s quest to develop carbon-neutral technology has been cited as its reason for leaving Formula 1, should the championship be looking at better aligning its power unit technology with the R&D direction of the automotive manufacturers?

The intense R&D required for what Honda Group’s chief operating officer Takahiro Hachigo describes as, “the biggest technical challenge facing the industry in over half a century,” means that F1 has become obsolete to Honda’s needs.

“So we will strengthen R&D in the areas of development of future power units and energy technologies and as part of this we have allocated human resources from energy management and fuel technologies in F1 activities.”

Battery-electric and hydrogen fuel cell-electric are the two main technologies tasked with supplanting the fossil fuel-burning engines in the automotive sector. These are where almost all of the automotive R&D budgets are going at the moment.

But we’re nowhere near the level yet that could be considered for F1. The battery-electric Formula E is racing with just 250kW (around 335bhp) and 800kg at the moment, enough to do a 45-minute race at less than F3 speeds.

Although that’s less than the technology would allow, the technology still couldn’t get anywhere near the level required for F1-appropriate speeds over a grand prix distance. For that, you’d need around triple the power-to-weight ratio and six times the battery efficiency.

There is also the matter of how much greenhouse gas is created in the production of the batteries. This has been the matter of some debate in academic circles but only about the numbers, not the central point.

Including the battery charging, it is estimated that the electric battery car has to travel between 80,000-220,000 miles before it cancels out the Co2 cost of manufacturing its battery. It would have to do that many miles before it was greener than an equivalent internal combustion engine car – and the battery probably only lasts around 150,000 miles at most. 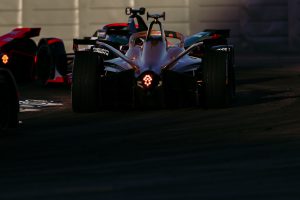 These numbers would improve dramatically if the electricity grid used in the production of the batteries was itself comprised of renewable energy only. Then, the electric car would become greener after just 18,000 miles.

Fuel cell technology has its own limitations, that currently look insurmountable even relative to battery-electric. The low energy density of the hydrogen used as fuel (between a quarter and one third that of petrol) is partly offset by the greater economy.

But creating the hydrogen requires a lot of energy, even more than battery production, making it even more reliant upon a renewable energy electricity grid that is as yet only a fantasy on a global scale (though some low-population countries with suitable geology do boast such a grid through use of hydro-electric).

Would it be an engaging spectacle, appropriate to the pinnacle of the sport? And would the manufacturers come?

The ‘well-to-wheel’ efficiency (ie from the energy stored to that delivered at the wheels) is only around 25-35% (compared to over 50% for current F1 hybrids and 70-90% for battery-electrics). The fuel cells also require the use of platinum, which is a rare metal.

Formula 1 is brilliant at fast-tracking technology advances through the spur of competition. Former Mercedes HPP boss Andy Cowell related the tale of telling his Mercedes automotive colleagues the energy density of the battery that would be required for the 2014 hybrid formula.

Given the space restrictions and power requirements, it needed around double the density of anything achieved at the time.

“They said, ‘that’s impossible. That’s 10 years of development.’ I said no, the first race is in 18 months time and it has to be in the car then. And of course it was.”

But even F1 might struggle to get to six times the battery efficiency of what we have now in Formula E. Yes, we could shorten the races a little. We could maybe figure out a way of a fast-change pack and make each race a two-pitstop minimum so that the battery pack change was the equivalent of the old fuel stop. We could be getting somewhere close with a bit of further intense F1-style development.

That might serve the automotive industry – and humanity in general – but would it be an engaging spectacle, appropriate to the pinnacle of the sport? And even if F1 adopted such a formula, would the manufacturers come?

It was the manufacturers, after all, who pushed for the current hybrids that have proven somewhat problematical. If we exclude Ferrari as not really an automotive, only three of them ever took part and soon we’ll be back down to two.

Perhaps the needs of the automotive industry and those of the sport are no longer aligned. Maybe F1 needs to get back to a point where it is not dependent upon the manufacturers and can be successful on its own terms (though with manufacturers still wholly welcome).

The future technology and structure of transportation is far from clear and F1 isn’t in a position to try to second-guess it.