Mark Hughes: The first sign of how much Ferrari's holding back - The Race
Skip to content
Formula 1

Mark Hughes: The first sign of how much Ferrari’s holding back

So the takeaway fact from the long-run analysis of week one of Barcelona testing is that Ferrari is way better than is suggested by the headline single lap times.

Scuderia fans depressed about the apparently dire lack of one-lap pace can rest a bit easier in the knowledge that comparisons made possible by Mercedes’ race simulations on Thursday and those of Ferrari and Red Bull on Friday show a vastly more competitive SF1000.

Mercedes ran race simulations with both Lewis Hamilton and Valtteri Bottas on Thursday. Hamilton’s was the faster of these, with three consecutive stints of 15, 17 and 29 laps respectively, simulating a two-stop race just five laps short of the 66-lap duration of the Spanish Grand Prix. 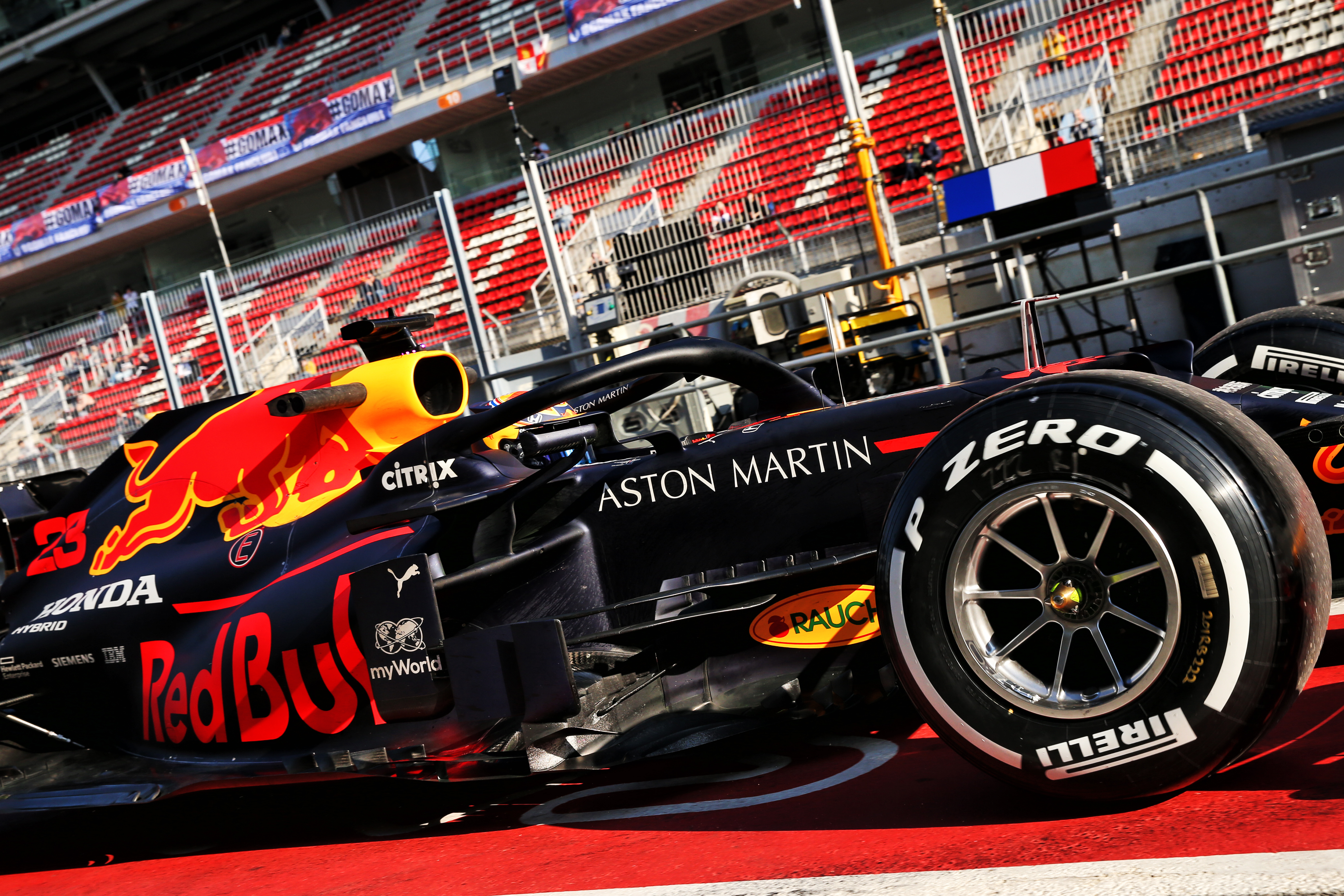 Red Bull made a race simulation run with Max Verstappen on Friday morning, but this was interrupted eight laps into his third stint by a red flag.

The team restarted that final stint on fresh tyres to give a race sim of 51 laps (ignoring the aborted stint).

Ferrari did not do a full race sim, but Sebastian Vettel made an opening stint simulation on Friday morning that was of the exact same number of laps as the opening stints of Hamilton and Verstappen’s race sims. The comparison is not perfect, for the general feeling was that the track conditions of Friday were slightly more conducive to fast times than those of Thursday.

This will have flattered Ferrari and Red Bull relative to Mercedes but nonetheless that race-starting stint simulation of Vettel’s compares extremely closely to Hamilton’s from the day before – and is much better than Verstappen’s conducted at much the same time.

Race simulations are exactly what is suggested by the name, where the car is fuelled for a race distance at the start, then proceeds to do a simulated race distance with a pre-chosen tyre strategy. The teams tend to concentrate on two-stop strategies at this stage of their learning rather than the more ambitious one-stops which are frequently attempted in the actual race here. We can see quite clearly from the sequence of laps when a race simulation is being run.

Here is how the opening 16-lap stint comparisons of Hamilton, Vettel and Verstappen compared. 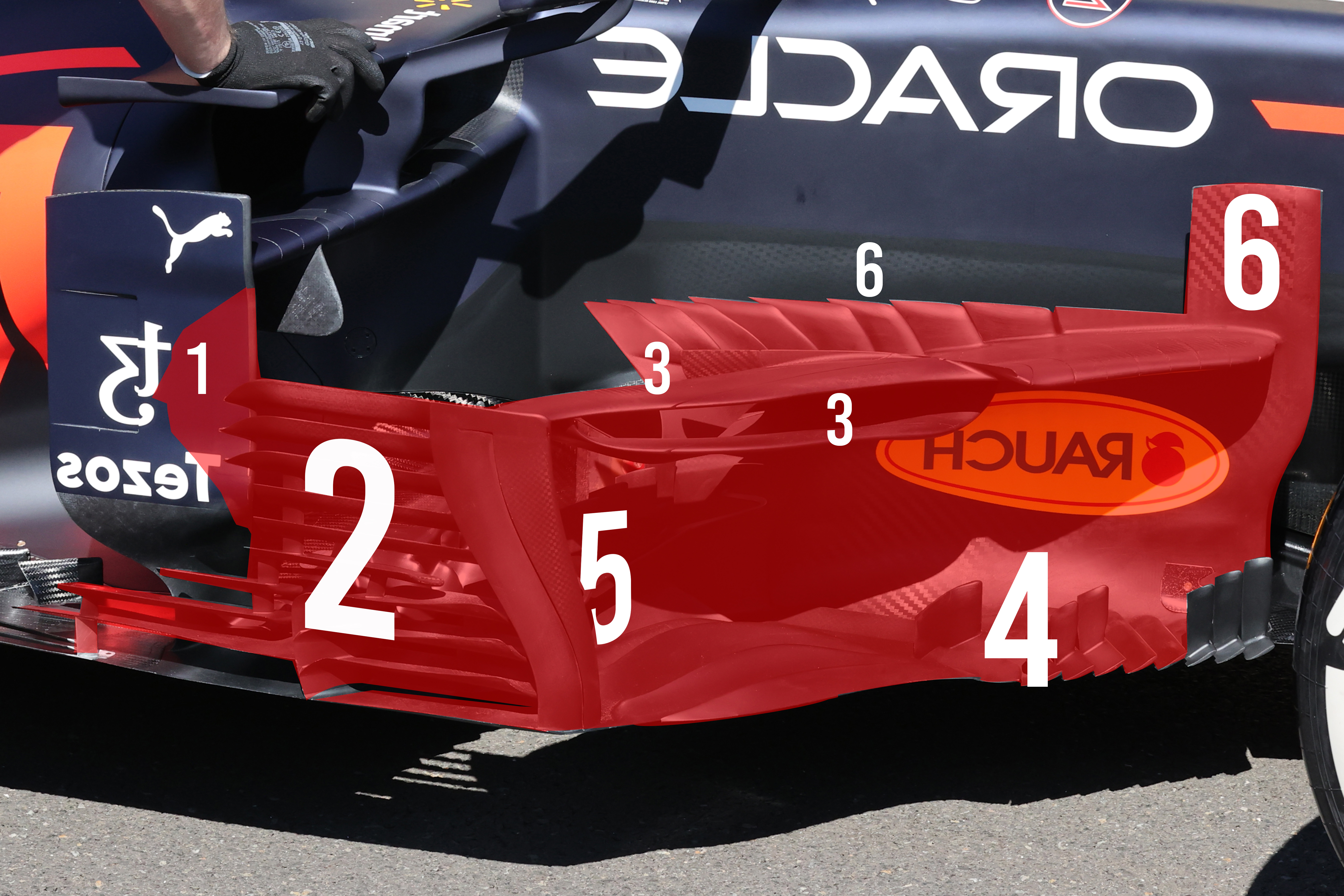 The lap times are converted into seconds, with the graph showing cumulative times and demonstrating where each driver would be relative to each other at the end of each lap of this 16-lap phantom race. We can see that Hamilton wins by just 1s from Vettel who is in turn nine seconds clear of Verstappen by the time they make their first pit stops. It’s not truly scientific as they were not set under identical track conditions – and we are having to make assumptions about fuel loads.

How do we know that Vettel began that 16-lap stint with a race-starting fuel load (ie around 100kg)? We don’t. We can only compare with the times he did in earlier runs. The Ferrari’s best single lap of the test was a 1m17.5s. If we assume that to have been set with a qualifying-level of fuel (in reality it would probably be carrying at least 30kg for the purposes of testing), then the 4.3s difference between that and the 1m 21.78s Vettel begins the stint with represents over 100kg. Which would be a race-starting stint. After a 16-lap stint, the fuel load would be around 25kg lighter (around 0.9s-worth).

So, how come there is ‘only’ a 4.3s gap between the Ferrari’s best single lap and its pace at the beginning of the ‘race-start’ whereas the difference is far greater for Mercedes and Red Bull, which lapped in a best of 1m15.7s and 1m16.4s respectively? The answer to this brings us to the nub of why Ferrari has so far been trailing at the back of the pack in terms of single lap pace. GPS analysis suggests that Ferrari is running its engine in a very restrictive mode – even compared to the identical engines in the Alfa-Romeo and Haas cars. This race mode is estimated to be around one second off the engine’s true potential, as would be used in a typical low-fuel run to give the team an idea of qualifying pace. Subtract that one second from the car’s best time – and suddenly it’s vying with Red Bull as the second-fastest car (though with both around 0.8s adrift of Mercedes and only a tenth or so clear of the Racing Point). But for the race simulation runs, teams would typically be on a similarly conservative engine setting to Ferrari, hence the comparison becomes more ‘normal’ than that of single lap running. 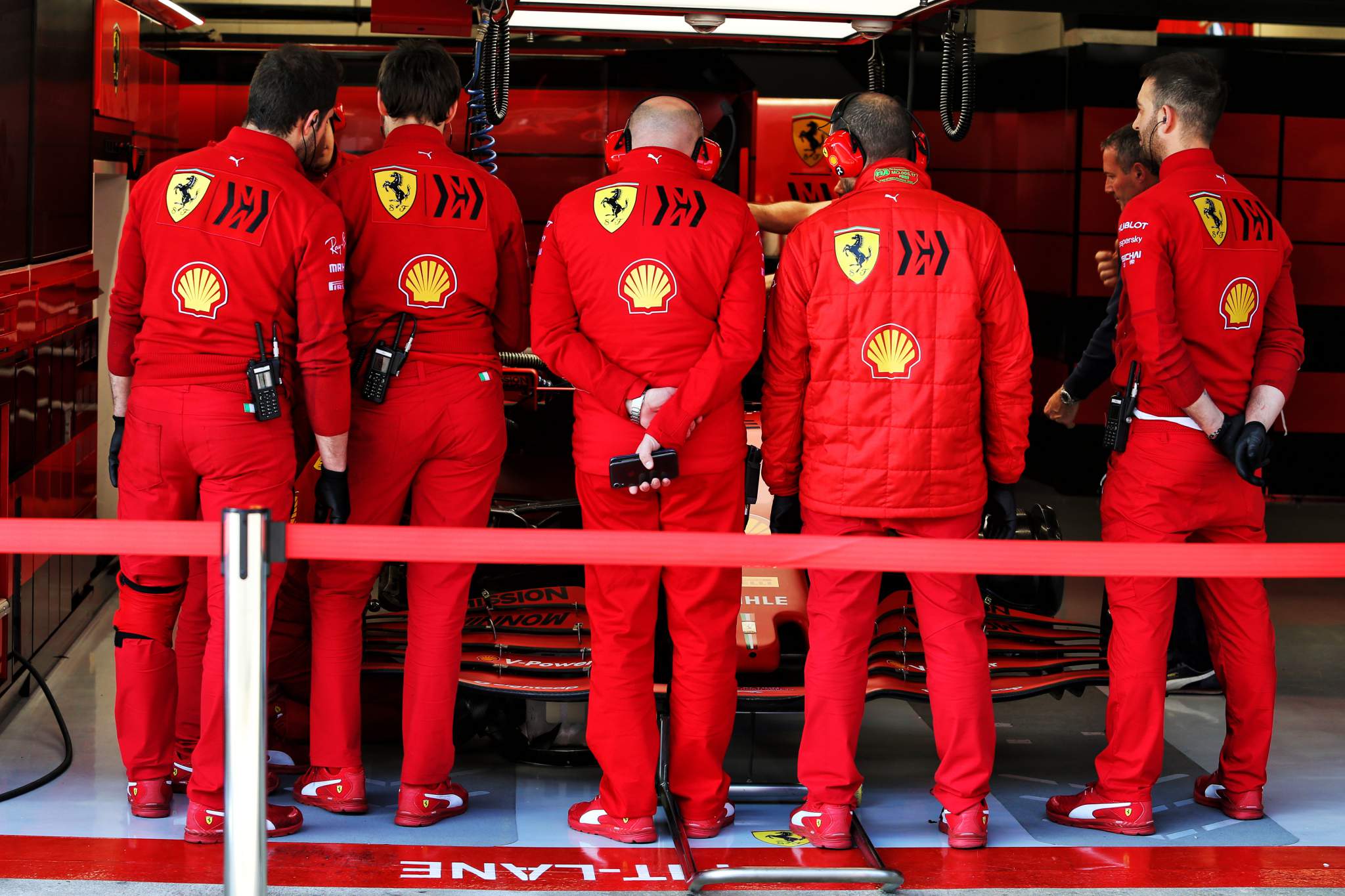 So all the usual caveats and assumptions, but it appears as if Ferrari – spending most of the first week meticulously mapping its car’s aerodynamics, determined to have a fuller understanding of its car than this time last year – is not in as much trouble as the headline numbers suggest. But even allowing the one second for its engine tune, it’s 0.8s down on Mercedes. A car 0.8s down in qualifying would not normally be expected to be less than one second behind after 16 laps.

Why might that be? Is it better on the tyres? Yes, slightly, if we judge it from that 16-lap comparison.

By comparison, Hamilton’s stint shows around 0.115s/lap of tyre deg. So, some of it is that – but even that doesn’t account for enough to equalise the Ferrari to a Mercedes that’s ostensibly 0.8s faster over a single lap. It’s probably safe to assume that Friday (when Vettel did his stint) was just a better track day than Thursday (when Hamilton did his).

Further clues will undoubtedly emerge this coming week. But no need for the Ferrari fans to panic just yet.