With football’s European Super League plans being announced and then falling apart in the space of a few days, there’s the temptation to draw parallels with Formula 1.

F1 is already effectively a closed shop with 10 teams and a $200million dilution fee acting as a barrier to entry. But what it has done is consolidate on that basis with the more stringent cost cap adopted when the COVID-19 pandemic hit combining with the more equitable distribution of the F1 revenue shared by teams that was agreed last year.

While F1 appears to be in a healthier and more unified position than ever today, over the years, there have been a number of breakaway plans in F1, some little more than threats to strengthen a bargaining position. 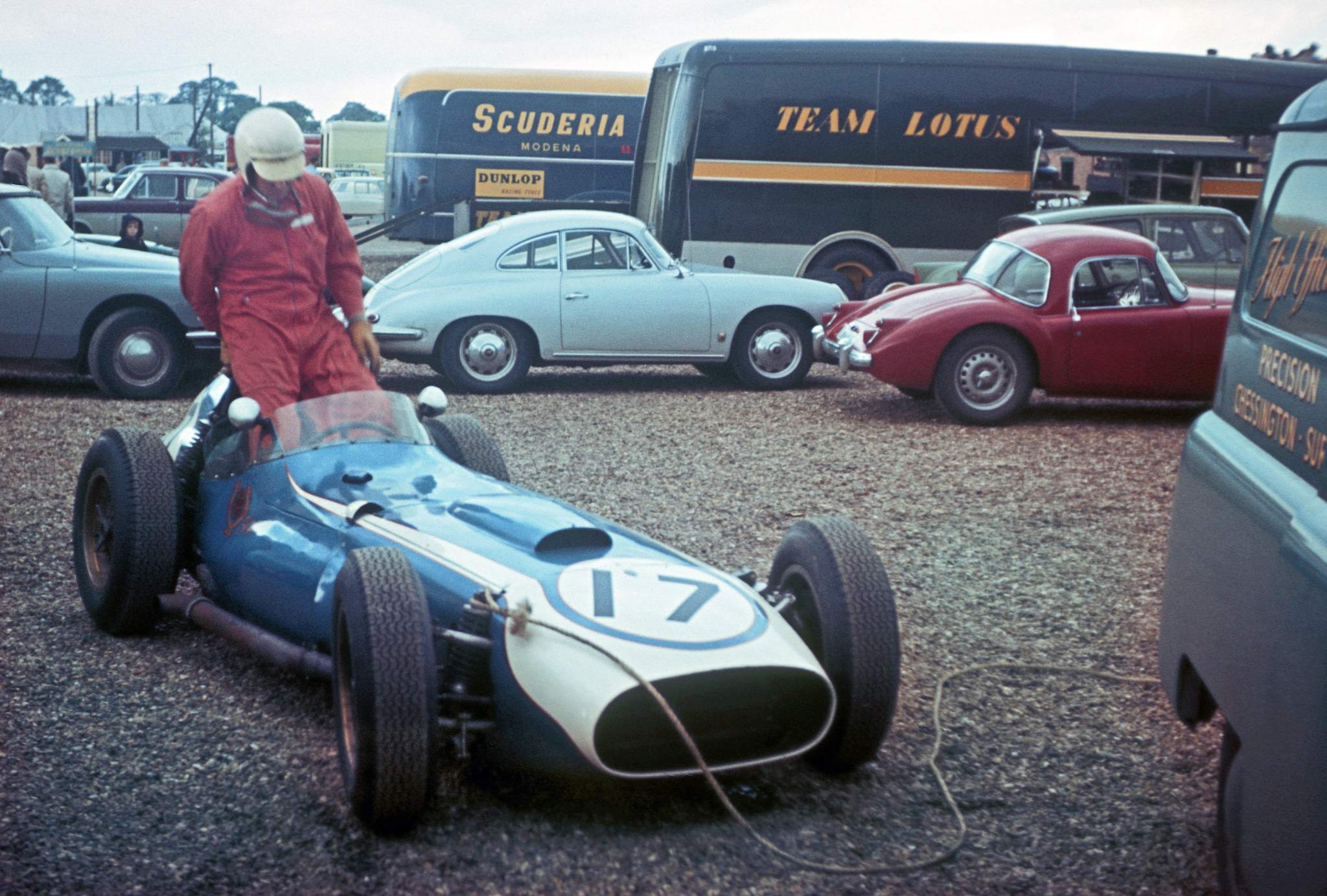 In late 1958, it was announced that Formula 1’s 2.5-litre engine regulations, in place since 1954, would be replaced by a 1.5-litre formula in 1961. This did not go down well with the British teams and led to the creation of a new set of rules to run in parallel – the Intercontinental Formula.

The vision was that these three-litre regulations would be a viable alternative to the new F1 and attract interest from outside of Europe – notably the United States and Australia. The CSI, the sporting arm of the FIA, actually sanctioned this which proved to be a wise political move. This was aided by Ferrari giving the impression it would participate, when in fact it was well-prepared to dominate the new 1.5-litre F1 and did not participate in the Intercontinental Formula.

Despite plans for events in Italy and at Watkins Glen in the United States, ultimately only five races were held to Intercontinental Formula rules – all in England. The first of those, the Lombank Trophy at Snetterton, wasn’t even a standalone race as it also allowed F1 cars. Jack Brabham won that driving a Cooper T53.

But with the category attracting little support outside the UK, it fizzled out after two more races at Silverstone and Brands Hatch, with Moss and Brabham respectively taking the wins. Insufficient races were held for it even to be considered a championship, with the major British teams competing in F1 in parallel.

Intercontinental Formula had tried to usurp F1, and failed completely. 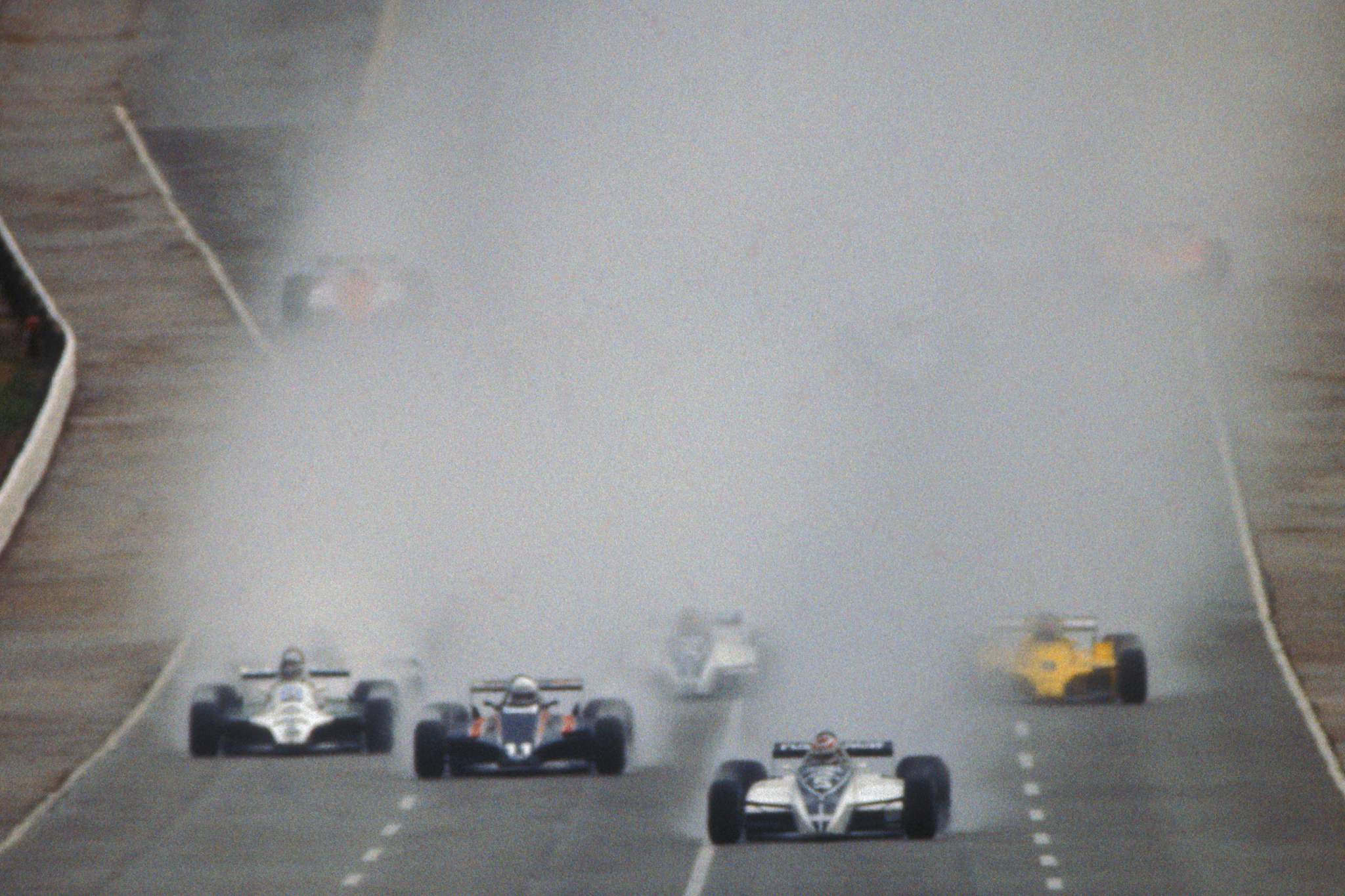 The FISA/FOCA war of the late 1970s and early 1980s defined the landscape of modern Formula 1, with the FIA retaining regulatory rights (FISA was then its sporting arm) and Bernie Ecclestone taking control of the commercial rights that are now held by Liberty Media.

In November 1980, the World Federation of Motorsport was announced. This was a FOCA-aligned organisation that threatened a breakaway drivers’ championship.

When the 1981 South African Grand Prix lost its world championship status following the postponement of the Argentinian GP, the promoter wanted to go ahead with the race. As a result, the Kyalami race was held to Formula Libre rules by the FOCA teams. This was positioned as part of a breakaway, with a theoretical calendar even announced – albeit only ever as part of a bargaining position because FOCA, headed by Ecclestone, knew that a breakaway wasn’t financially viable.

Soon, F1 was back together thanks to the Maranello Agreement that began the Concorde Agreement era. The FISA/FOCA war rumbled on, but this was an important step in its resolution 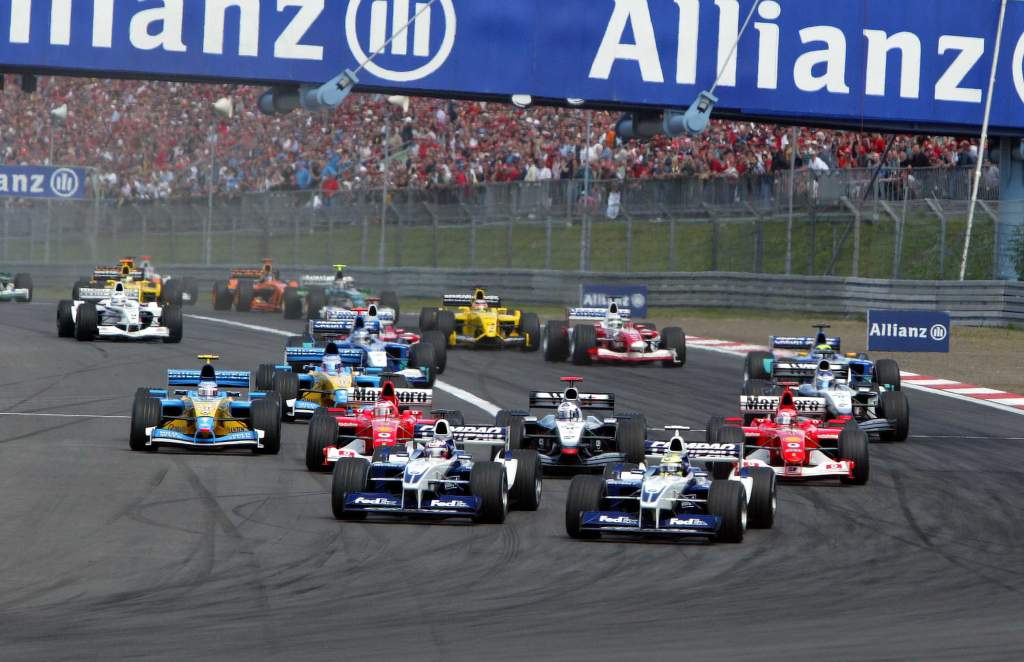 The Grand Prix World Championship (GPWC) was a body comprising the automotive manufacturers in F1 formed 2002 by Ferrari, Ford, Renault, BMW and DaimlerChrysler and announced in early 2002. Its stated aim was the formation of a breakaway championship to be launched when the current Concorde Agreement expired at the end of 2007.

Soon after its formation, the GPWC was actively in discussions with promoters and venues about the planned 2008 championship. The official objective of the championship was to give the competing teams a larger share of F1’s revenue, as well as grow grand prix racing globally. 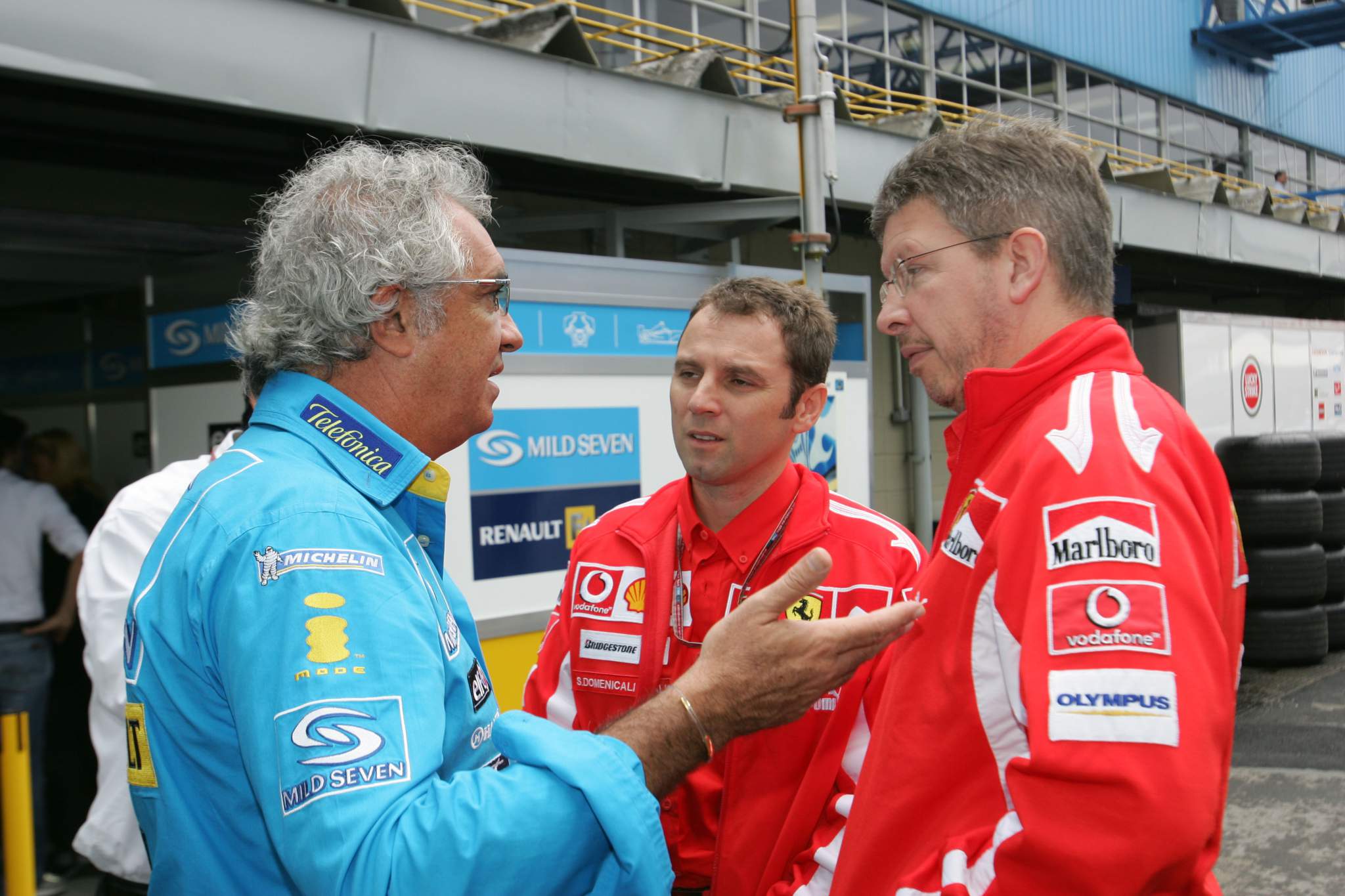 As the manufacturers were willing to play the long game, the politics rumbled on for years. In January 2005, Ferrari announced it had agreed to extend the existing Concorde Agreement, spelling its departure from GPWC, but the organisation stood firm despite having also lost Ford.

But the GPWC then released a document outlining its plans for the new series – Grand Prix Motor Racing – to run from 2008, with Renault, Mercedes and BMW supported in this by Honda and Toyota.

Eventually, the GPWC-aligned teams made a long-term commitment to F1 and beyond. 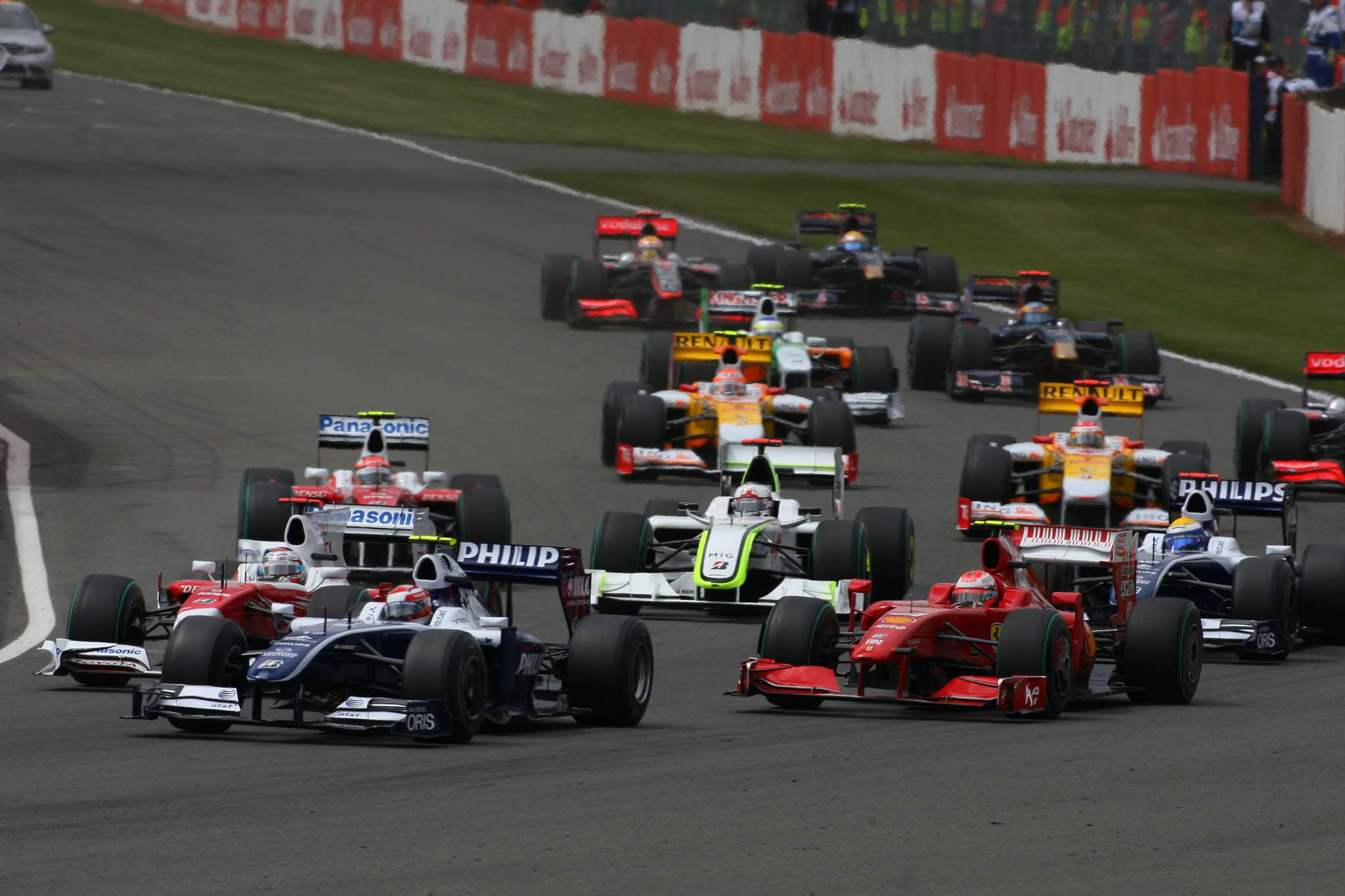 On the eve of the 2009 British Grand Prix weekend, the Formula One Teams’ Association (FOTA) announced a breakaway series to be launched in 2010. Then, FOTA comprised eight of the 10 teams in F1, with Williams and Force India no longer members, during a fractious period when the FIA was attempting to force through new regulations – including an optional budget cap – and agree a new Concorde Agreement.

The statement released announcing the series said: “The teams cannot continue to compromise on the fundamental values of the sport and have declined to alter their original conditional entries to the 2010 World Championship.

“These teams therefore have no alternative other than to commence the preparation for a new championship which reflects the values of its participants and partners.

“This series will have transparent governance, one set of regulations, encourage more entrants and listen to the wishes of the fans, including offering lower prices for spectators worldwide, partners and other important stakeholders. 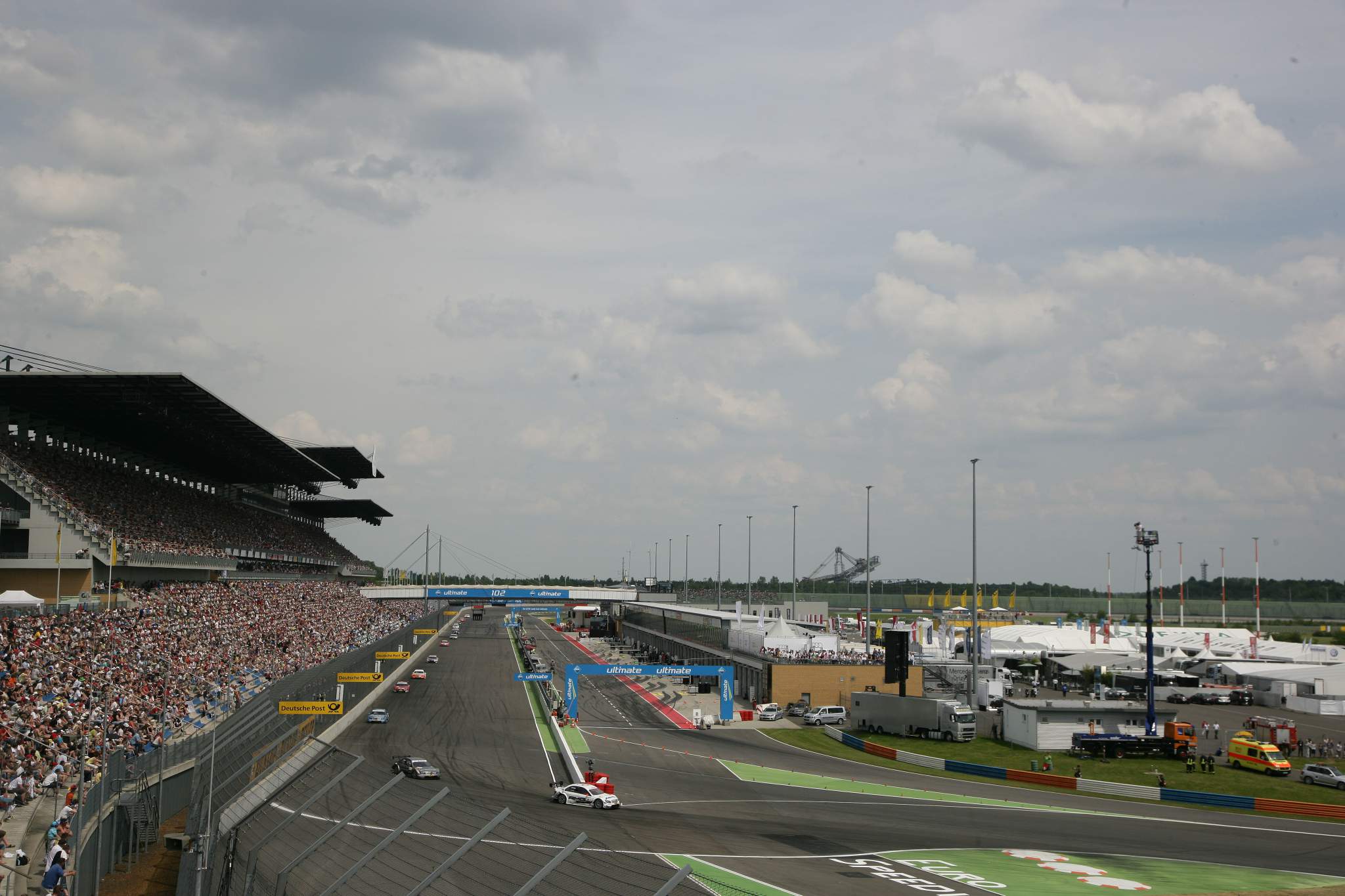 “The major drivers, stars, brands, sponsors, promoters and companies historically associated with the highest level of motorsport will all feature in this new series.”

While the announcement drew huge media attention and gave the FOTA teams leverage, it was all about the endgame in negotiations. The pressure ramped up, with a 17-event calendar also emerging including races at a range of familiar F1 venues, as well as new ones such as a revival of the Helsinki Street track previously used for DTM and F3000 and EuroSpeedway Lausitz (above).

Inevitably, an agreement was struck between the FOTA teams and the FIA to continue in F1, meaning the breakaway was called off six days after it was announced. Despite ongoing ructions, the Concorde Agreement binding F1 together was eventually signed by the end of July.