The F1 embarrassment Aston Martin’s new team must atone for

Aston Martin’s previous Formula 1 programme covered a mere six grands prix over a 13-month period in 1959-60, during which time no notable results were scored.

Just as today, Aston then was a small, privately-owned company, producing high-end road-going sportscars in limited numbers. It had an engineering base within the factory but the competition budget was quite limited. In many ways, it was the worst of both worlds – a car manufacturer rather than a racing team but without the depth of resource of bigger car manufacturers. Things there happened very slowly and apparently to some internally-dictated timetable. Meanwhile, the racing world passed them by. 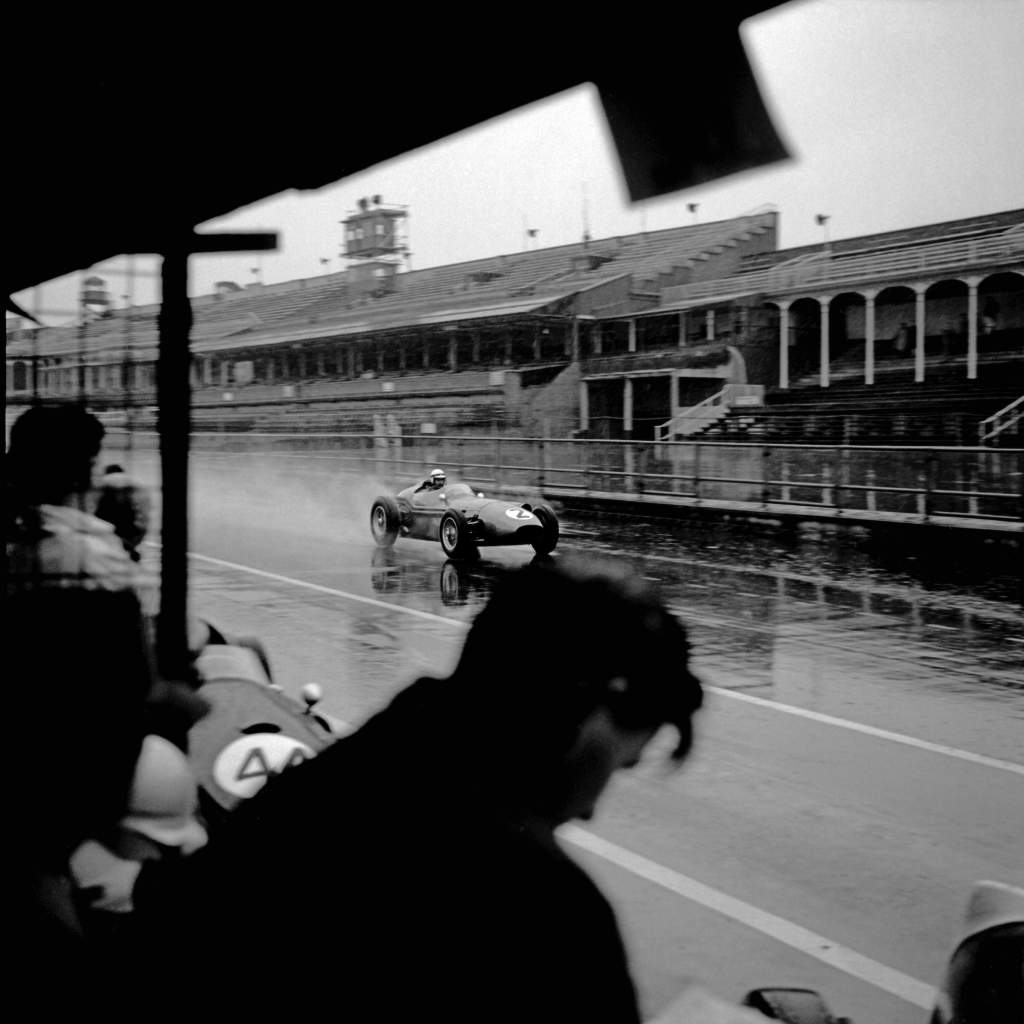 The basis of the company’s competition programme was the straight-six twin cam engine that was being used in the company’s road-going cars. A tuned version of this was installed in a sports racer, the DBR3, with chassis designed by a freelancing Eberan von Eberhorst, who had been a designer of the pre-war Auto Union grand prix cars. 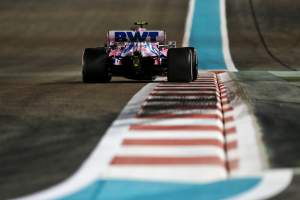 A developed version of the car, the DBR1, won Aston Martin the 1959 Le Mans 24 Hours and the sports car world championship. The championship was almost an afterthought as the company had intended only to race the car at Le Mans, but Stirling Moss persuaded the factory to lend him the car for the preceding Nuburgring 1000kms – which he won.

This in addition to the Le Mans victory (with Carroll Shelby and Roy Salvadori after the faster Ferraris and had retired) put Aston at the head of the manufacturers’ championship which had only one more round – at Goodwood. A car was entered and Moss won.

The DBR3S was not state of the art even in 1959. It was already two years old by then and achieved its championship thanks to reliability and the genius of Moss. 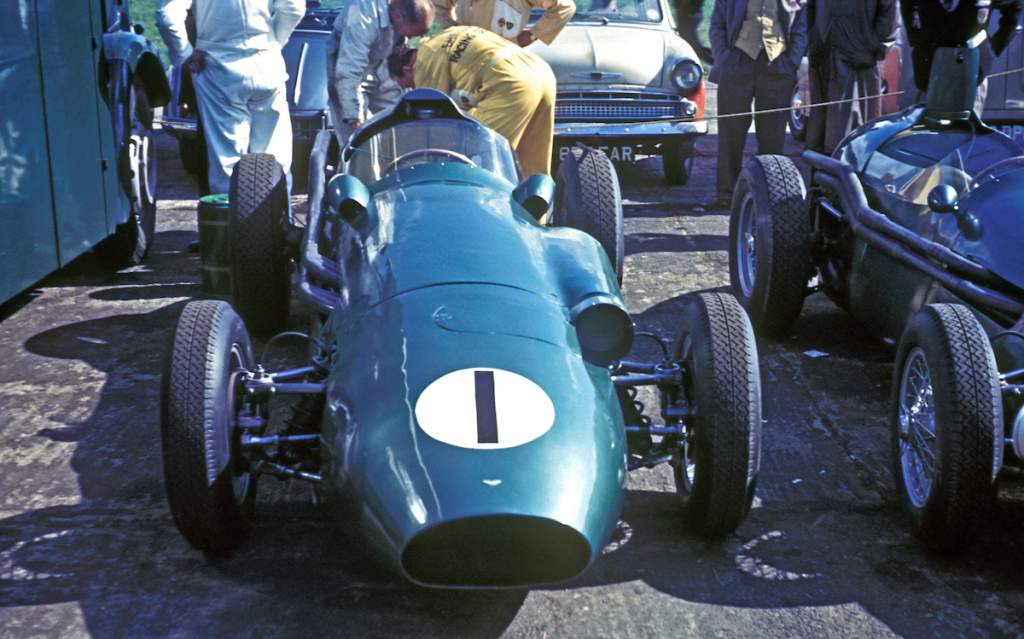 An F1 car, the DBR4/250, had been planned at much the same time as the DB3S but development of it moved at a pace even slower than that of the sportscar. It was essentially the same design but more tightly packaged within the single-seater bodywork.

Had it run in 1956-57, when it was first being developed, it may well have been competitive with the Maserati 250F and Ferrari 246, which were the class of the F1 field at the time. But it wasn’t finally readied until 1959 – by which time there had been a rear-engined revolution in F1.

The rear-engined Cooper could run rings around such cars, which not only were vastly heavier and less aerodynamic, but which lost much more of their power in transferring the drive through a propshaft.

It seems incredible in hindsight that the factory did not cancel the project after the advent of Cooper’s dominance, which was already well underway by the time the Aston eventually made an appearance. It weighed in at 575kg compared to the Cooper’s 460kg and despite the factory’s claims of 280bhp in reality it delivered no more than the 240bhp of the simple, light four-cylinder Climax engine in the back of the Cooper.

Although Ferrari, like Aston Martin, was slow onto the mid-engined layout and campaigned front-engined cars in ’59, they at least had the compensation of a power advantage over the Coopers. The Aston had around 417bhp/ton, the ’59 Cooper 522bhp/ton, the Ferrari 536bhp/ton.

Add to this the DBR4/250’s vastly more draggy shape than the Cooper. Furthermore, Aston’s de Dion rear suspension was years behind the independent systems elsewhere. Basically, it was a 1956-level of car trying to race in ’59.

The car made its debut at the non-championship International Trophy at Silverstone and hopes were raised by Salvadori’s second place there (to Jack Brabham’s Cooper and without a full field).

Its championship debut was at Zandvoort, where it qualified 2.5s off the pace. Around the sweeps of Aintree for the British Grand Prix it was more competitive and Salvadori did a great job in qualifying it on the front row. But he faded in the race after an early pitstop for fuel spraying in his face. 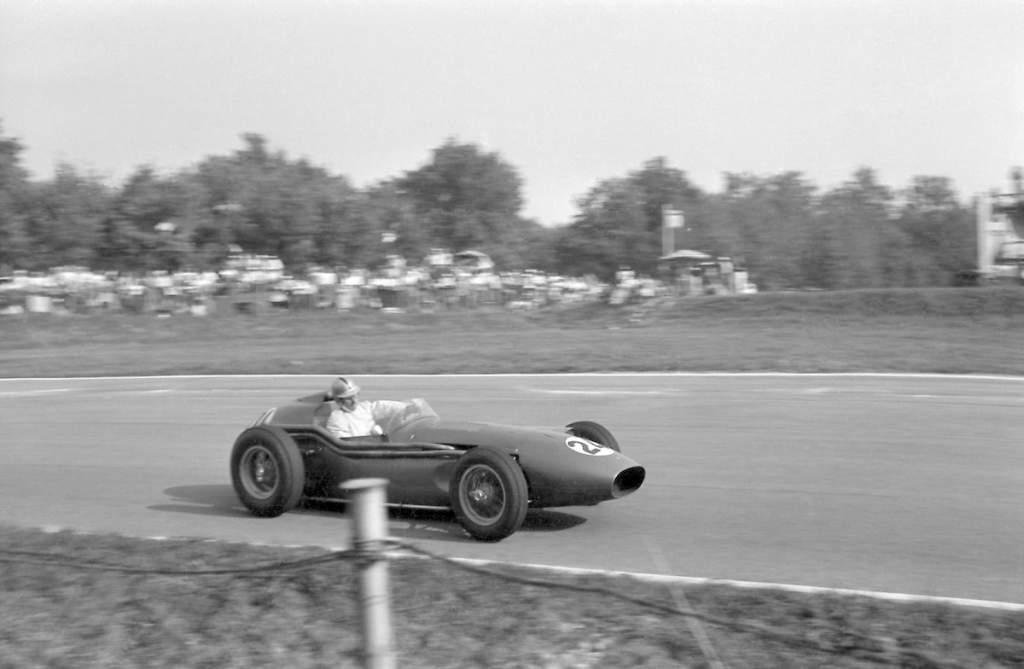 That would be the only time the car looked competitive. The car was a long way off the pace at both Oporto and Monza (above).

For 1960, a shorter version of the car was prepared, the DBR5/250. It was quite beautiful – but only in the way of a classic old racer.

Alongside the Cooper and new Lotus 18 it was visibly a dinosaur. It appeared only twice and was over 5s off the pace. With that, Aston Martin’s inglorious F1 programme spluttered to a stop – for over 60 years.