The evidence behind Red Bull’s firm favourite tag for Mexico

Historically the limitation for the Mercedes in Mexico and to a lesser extent Brazil is related to power unit characteristics, in particular the performance of the turbocharger. 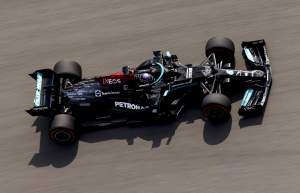 Because of the lower air density in Mexico City, which is 2.2km above sea level, the turbo in the power unit has to work harder to compress the air.

Each manufacturer has opted for a different solution to meet the demands of the entire season.

A turbo that runs closer to the 125,000rpm limit and generates more heat will not be able to run faster at high altitude, and will run into temperature management problems more quickly when running more aggressively than normal.

So in Mexico, where that is the case, the Honda turbo has traditionally had more room to be run faster and compensate for the lower air density better than Mercedes’ traditionally could. 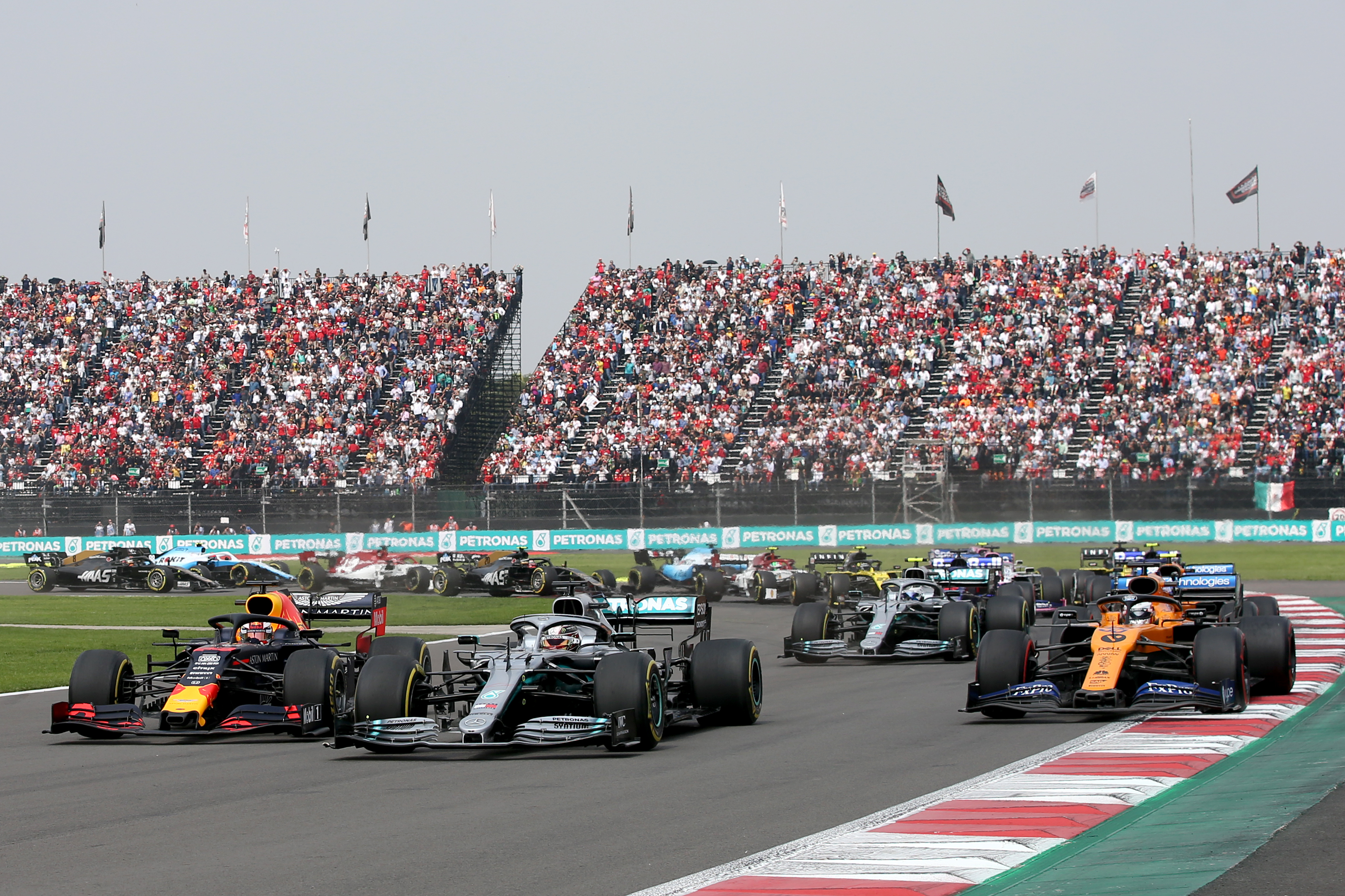 Because of the very low number of races at high altitude, this is not a season-defining difference but it has always made the Honda-powered cars more of a threat in Mexico City and also Sao Paulo, which is ‘only’ 800m above sea level by comparison.

This is what creates the assumption Red Bull will have the edge over its title rival in Mexico. And there is supporting evidence in the data from F1’s last trip to the Autodromo Hermanos Rodriguez in 2019. 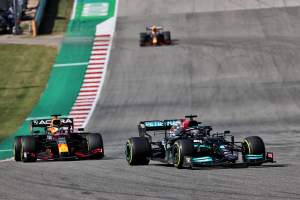 That year Red Bull had an average season deficit of 0.652%, which if normally applied to a lap as long as Mexico should have given Mercedes an advantage of just under half a second.

Instead, Verstappen had almost exactly that advantage over Hamilton.

There are effectively four major acceleration/straightline zones at the Autodromo Hermanos Rodriguez: the start-finish straight; the run to Turn 5, the short blast out of Turn 8 towards the fast sweeps, and the exit of the sweeps down to the stadium section.

Red Bull generally had a speed advantage over Mercedes until the end of these straights in qualifying, which was a departure from the rest of the season’s trend. 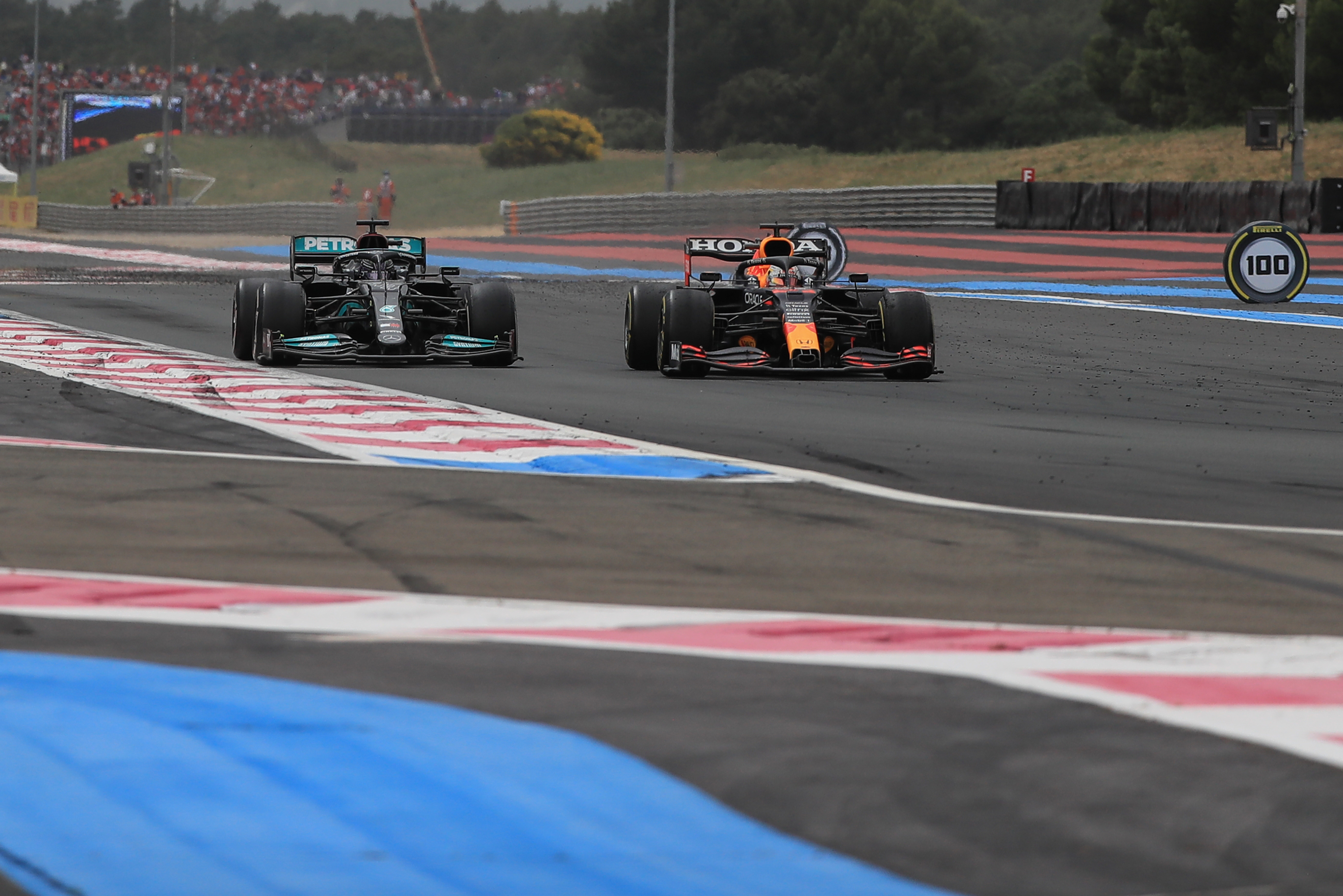 In France, for example, Mercedes was some 10kph faster on the straights than Verstappen at times and still faster through the corners.

There had been signs of progress once Honda started to optimise its upgraded Spec 3 engine and the package was especially effective in a straight line when Red Bull was able to run lower wings like at Silverstone. 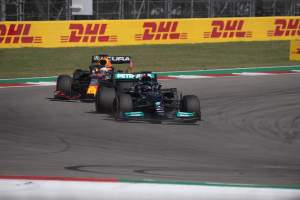 Mark Hughes: The mirage at the core of F1’s blockbuster duel
Read more

But the climatic conditions in Mexico mean teams all run maximum downforce and have less drag.

Verstappen’s improved Mexican GP performance was not as simple as him having ‘more engine power’ but it was at the heart of where his advantage came from.

Honda’s output was better relative than normal to Mercedes and the teams didn’t have a disparity in terms of downforce levels, so Red Bull didn’t need to reduce drag to compensate for a straight-line speed loss.

So how did all of that play out in terms of performance and lap time?

Verstappen did have a higher speed until about three-quarters of the way down the start-finish straight before braking slightly earlier than Hamilton, which let him keep a higher minimum speed through the first complex. 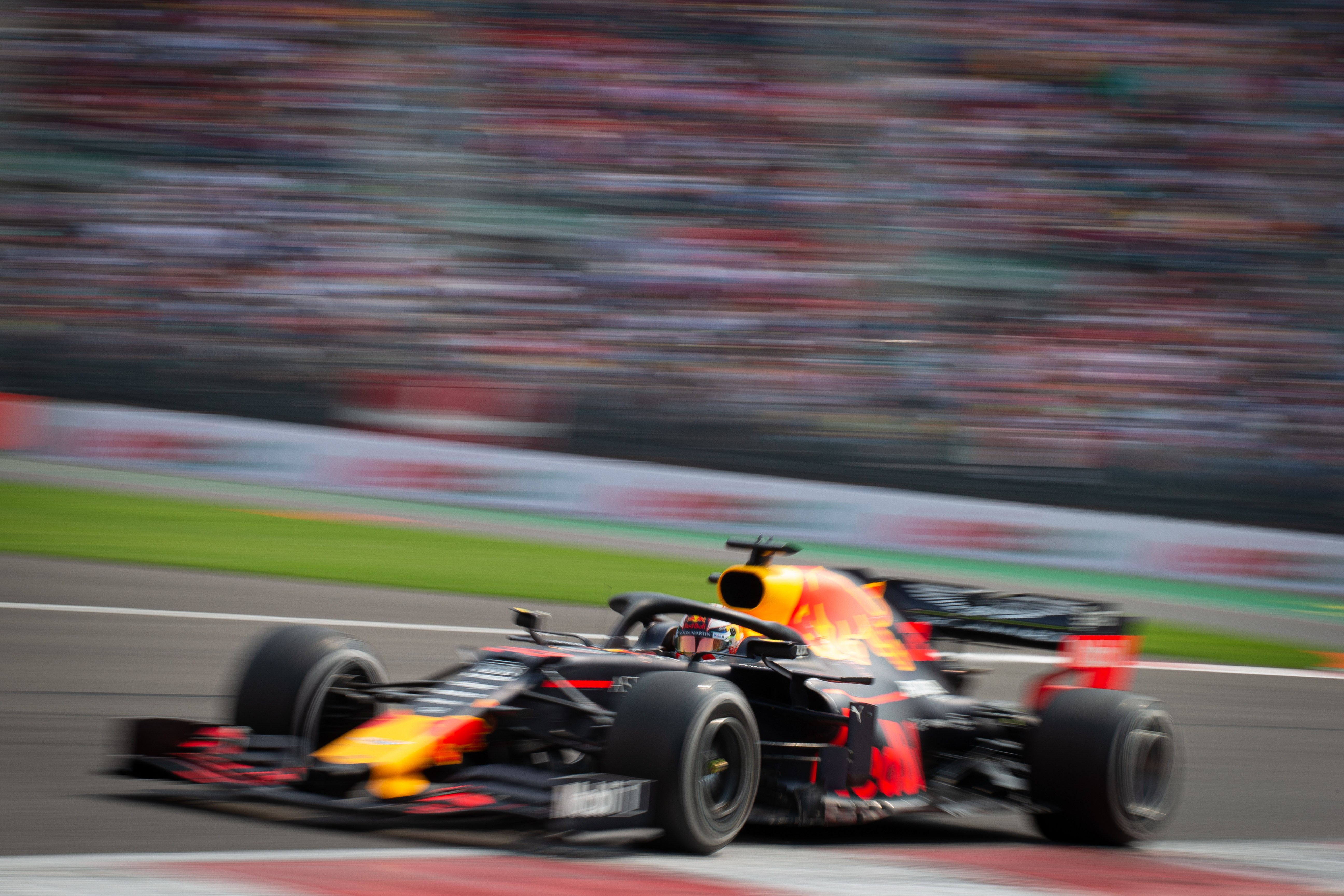 The two cars were relatively even in speed off of Turn 4 but Verstappen was earlier on the throttle and by the end of the straight, Verstappen was travelling around 5kph faster than Hamilton.

Verstappen was slower through the next few 90-degree corners then the two were equal on the run to the sweeps in the middle sector, where Verstappen was slightly faster – he had a bigger lift through the first right but then kept it flat out for the left while Hamilton lifted slightly.

He also had the edge on the final straight into the stadium section, which he was also marginally quicker through as Hamilton favoured a slightly faster entry and compromised his exit, while Verstappen was able to get back on the throttle more emphatically.

Hamilton’s approach made him slightly faster in the final corner then the two cars were even on acceleration to the finish line, with Verstappen’s various gains throughout the lap accounting for a 0.504s advantage. 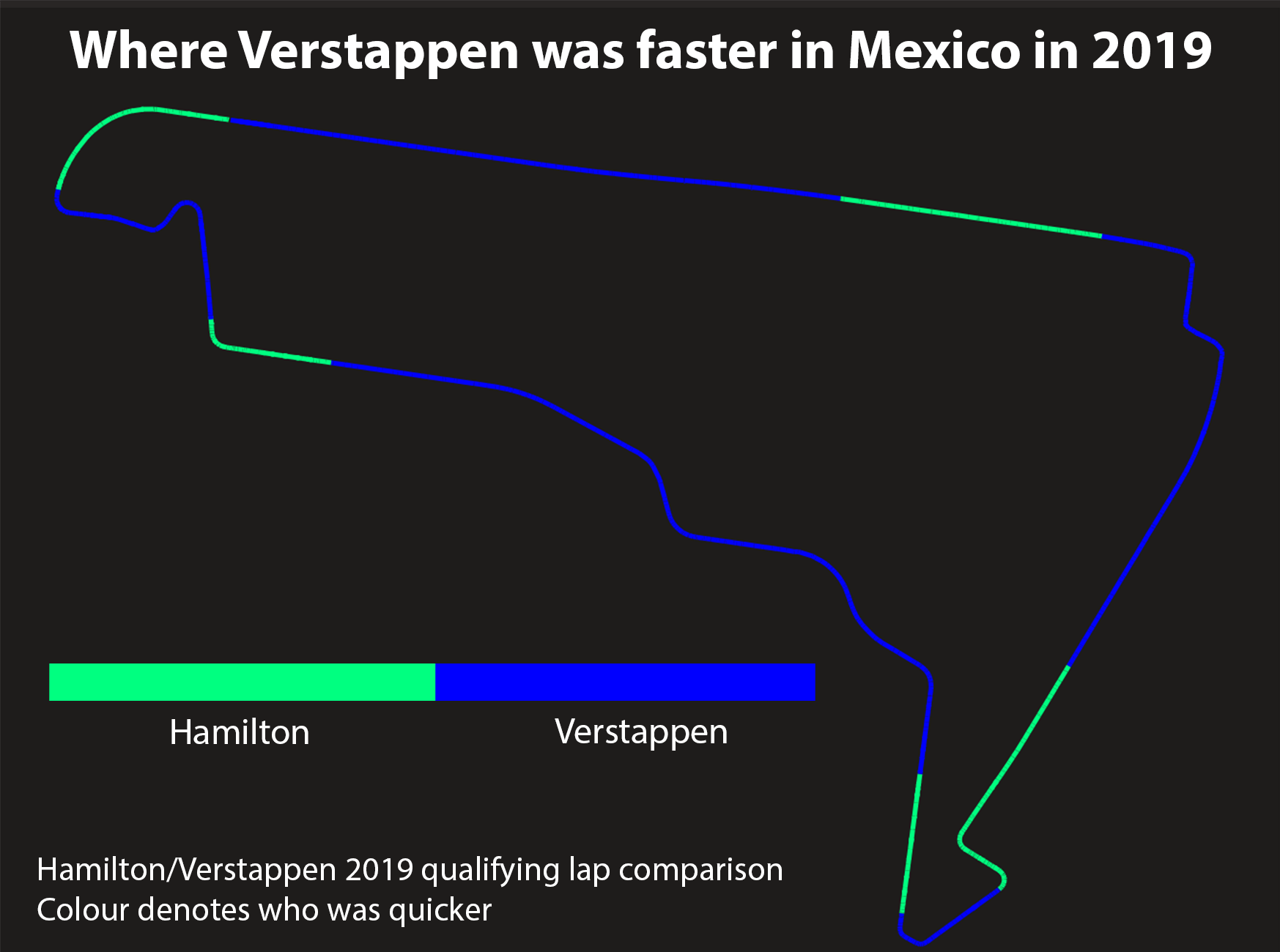 With the exception of the 90-degree left-right at the start of the middle sector, the end of the straights and the final corner, Hamilton lost time everywhere.

The Red Bull advantage came in a few places, not just on the straights.

At the root, though, was Honda’s turbo balancing out its usual power unit deficit.

With a power unit more equal to Mercedes’ in climatic conditions that meant maximum wing levels needed to be run, Red Bull’s usual disadvantages were negated. 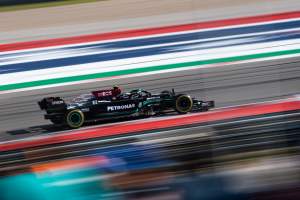 The question for this weekend’s race is how much of that is applicable to 2021 given it has generally torn up previous form books?

There’s an argument that Red Bull’s historical strength here should be protected from the randomness of 2021 given the power unit characteristics are such an important factor.

At other tracks, Red Bull and Mercedes’ relative advantages/disadvantages have been different to before but this has largely been driven by aerodynamic performance – we know that the floor rule changes introduced for 2021 have hurt Mercedes and Red Bull is much more competitive by comparison. 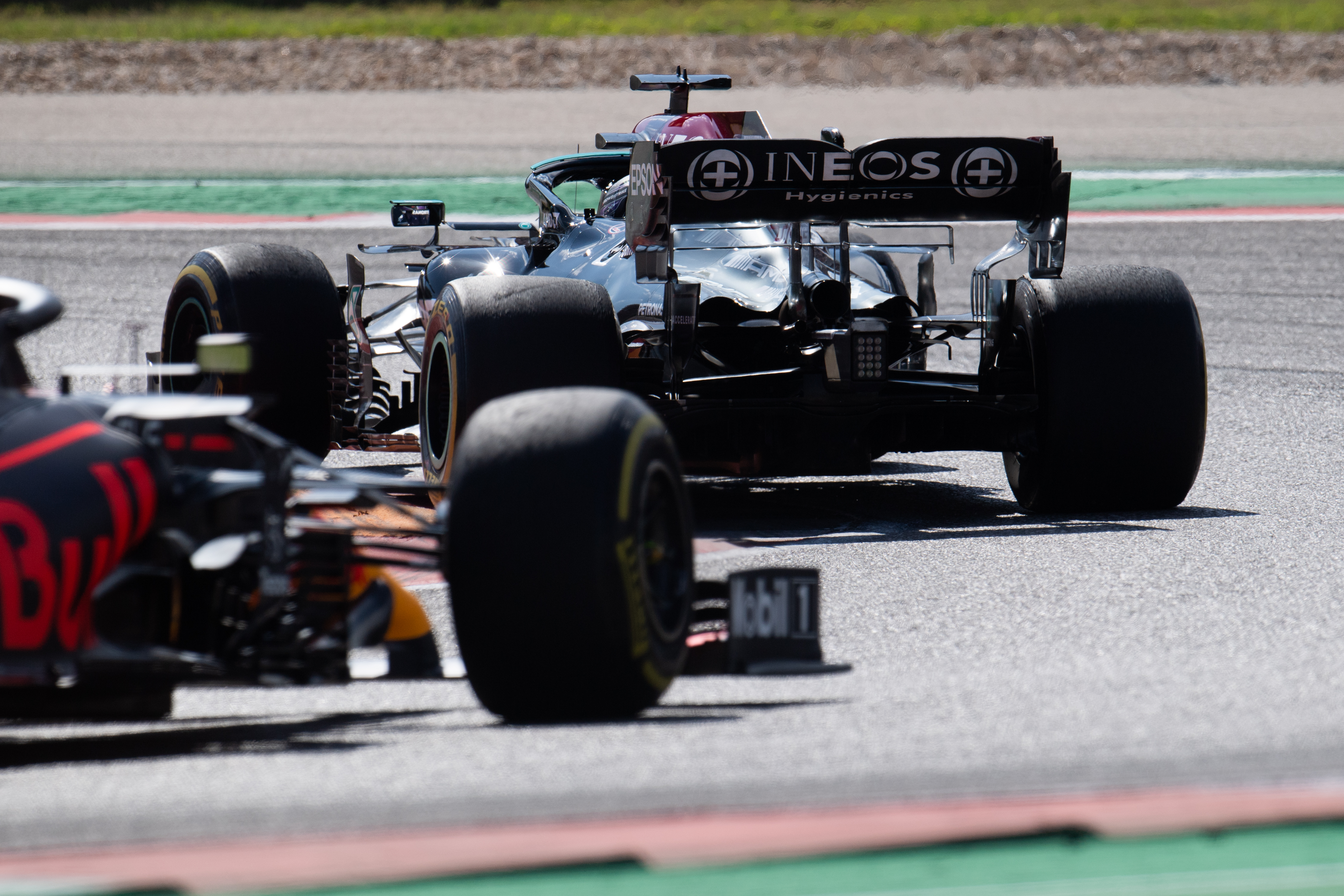 If that is the case, then it’s a matter of how the aero rule changes this year have impacted the Red Bull and the Mercedes while running ‘Monaco wings with Monza downforce levels’ in the specifics of the Mexico City environment.

That is something we will have to wait for Friday practice to begin to understand properly. 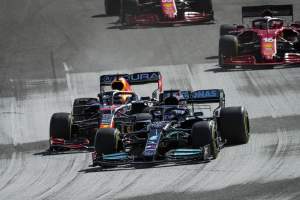 And of course, simply being fastest is no guarantee of victory. Verstappen won in Mexico in 2017 and 2018 then qualified fastest in 2019 but lost pole position due to a yellow-flag offence.

He then dropped back early in the race after a run-in with Hamilton on the opening lap, which also dropped Hamilton to fifth, then picked up a puncture a few laps later.

While Verstappen’s race went to ruin, Hamilton used an early pitstop and long second stint to turn his deficit into an unlikely victory against the faster Ferraris, which had inherited the front row after Verstappen’s penalty and ran one-two early on.

So who’s to say the fastest car will win anyway?