Formula 1’s impending leap in car weight for 2022 continues an apparently unstoppable trend responsible for some of the championship’s underlying health issues.

While F1 is in a strong place in many ways, and the 2022 technical changes are part of a shifting landscape design to make it even stronger, it’s still common for the quality of racing to be questioned.

That will not be helped by the 2022 cars rising to a minimum weight of 790kg, which means the hybrid-era cars have had roughly the equivalent of a giant panda added to them since 2014 (691kg). And it’s best not to think about the final year of refuelling in 2009, when the minimum weight of an F1 car was still only 605kg…

Gradually through the introduction of hybrid technology – first KERS, then the V6 turbo engines – and significant car rule changes, not to mention various safety initiatives, F1 cars have morphed into big, heavy machines. And there’s no sign of that changing in the short-term. 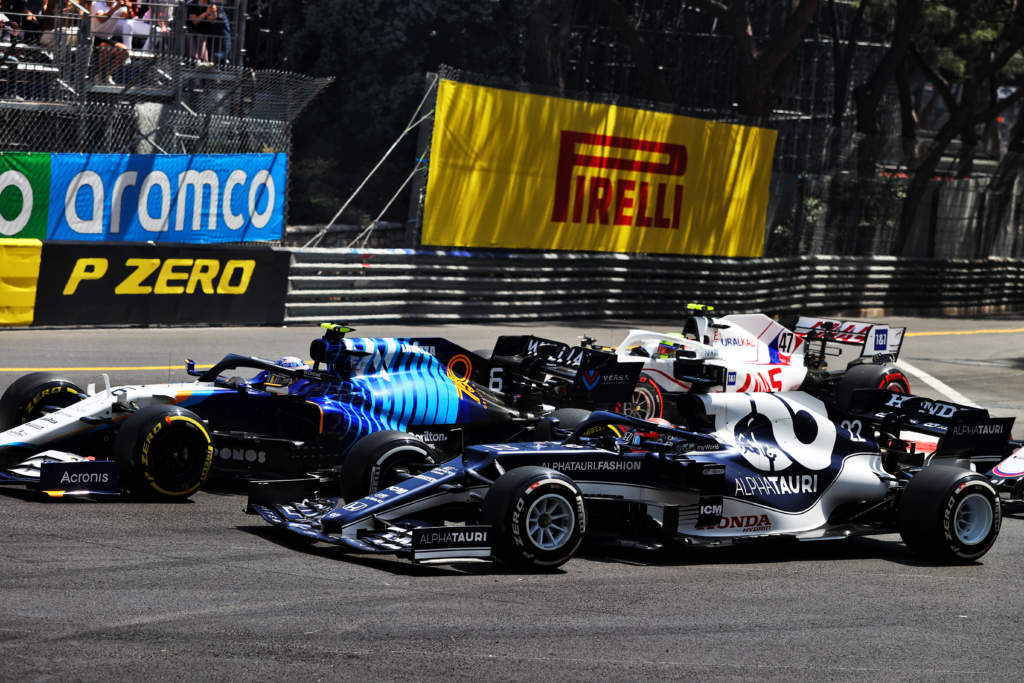 There are always extra things that the FIA is trying to do, whether it’s with revised crash structures, or new crash test requirements, and you can’t argue against that. Safety is paramount.

But the 38kg increase coming next year is a huge step, the single biggest increase in minimum weight since the first V6 turbo-hybrid engines added 49kg in 2014.

The ’22 cars are going to be almost 100kg heavier than their distant hybrid cousins from ’14, when the minimum weight was 690kg. And when one considers that over 100kg of fuel is added for the start of a race, the cars are going to weigh around 900kg on the opening lap. Back in 2009, just over a decade ago, the minimum weight was still 605kg and refuelling was part of F1 – which means a difference of almost 300kg to the lightest cars at the start of a grand prix. 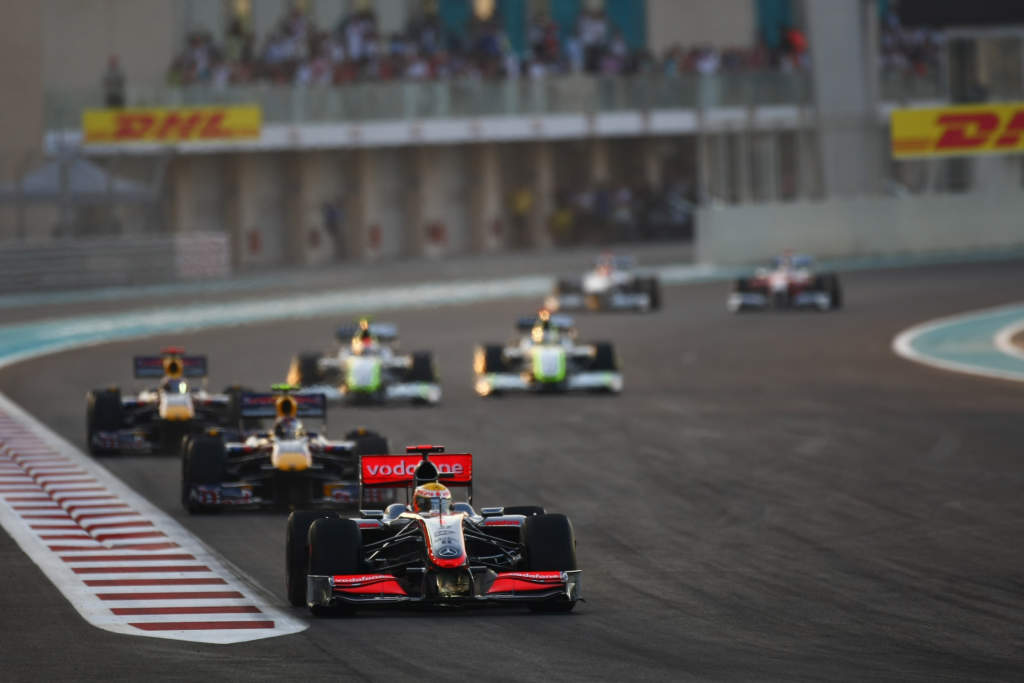 Looking at those numbers on their own, the gain appears ridiculous. But is it just the nature of having a heavy, complex V6 turbo hybrid engine? And do we need to begrudgingly accept this is modern F1, and a trend that’s irreversible in the short-term?

When broken down, and you see why the weight limit has constantly risen, it becomes hard to argue against.

The halo safety provision, the common side impact structure, the increased weight limit on the power unit to save on costs, standardisation of parts, and as of 2022 the switch to 18-inch wheel rims – all are valid individual reasons for incremental rises, the sum of which is absolutely huge.

F1 is now a formula with no refuelling, and hybrid engine technology. Much of the weight emerges primarily from the latter, thanks to the battery and motors and accompanying safety requirements. That defines it to a degree. Especially as F1 wants to stop this engine era being so ridiculously expensive, and a limit is put on spending – which means the weight increases to deter from excessive development. 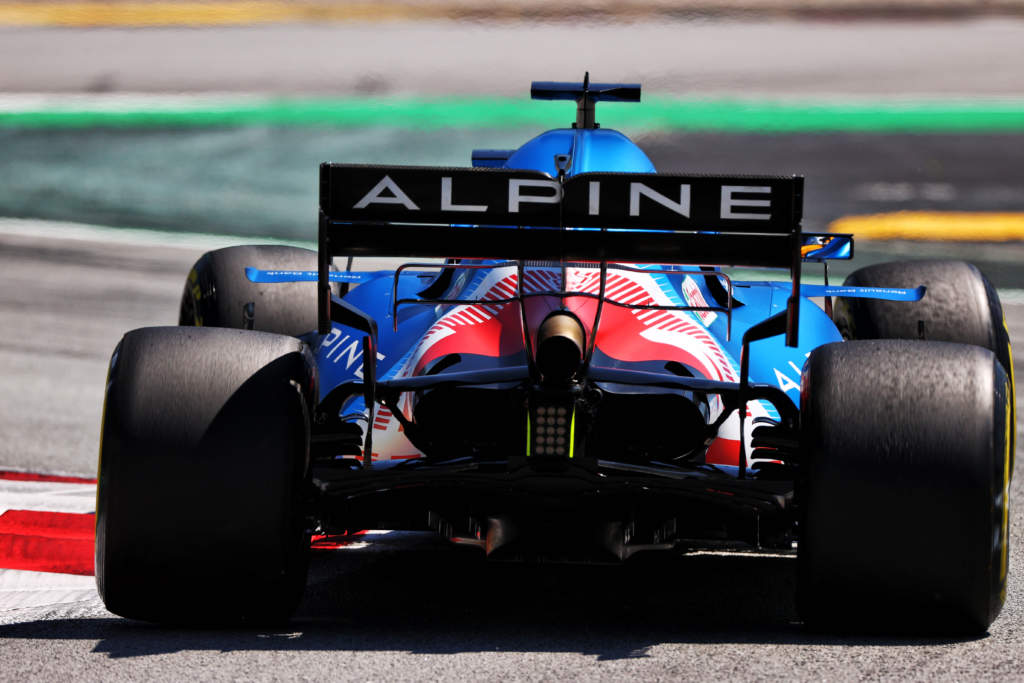 F1 could create a beautifully light, quick car if it was a one-litre turbocharged engine, without hybrid components, and it would use less fuel than the current cars. But it wouldn’t be hybrid and that’s a no-go. It’s been driven by F1’s desire to remain relevant to automotives companies.

That said, while the hybrids came with a reasonable bulk, even the first V6 cars had a minimum weight of ‘only’ 690kg. F1 cars didn’t suddenly get 100kg heavier in the winter before 2014. 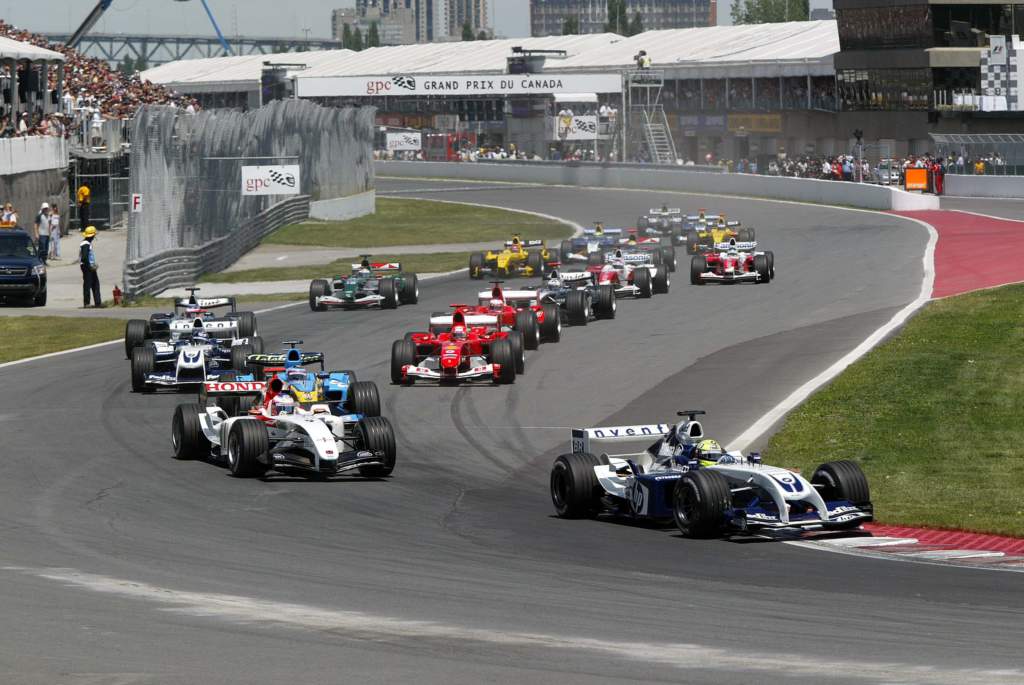 It’s not about the impact on laptime. Yes, if the cars had increased in weight alone over the last 10 or 11 years and nothing else had changed, they would be slower.

But compared to the absolute peak of the 2004 cars – a common go-to representation of the V10 era – the longer, heavier cars are lazier and they don’t have the same sharpness.

They’re still very challenging to drive, and very quick. But if you just look at the footage from 15-20 years ago, the way those cars seem to turn in so dynamically and dramatically is important.

If you watched a normally-aspirated car from the V10 era, or even the V8s, the speed of direction changes – while it’s running along at 180-190mph and just suddenly flicks like a cursor on a computer screen with no apparent effect – was extraordinary. 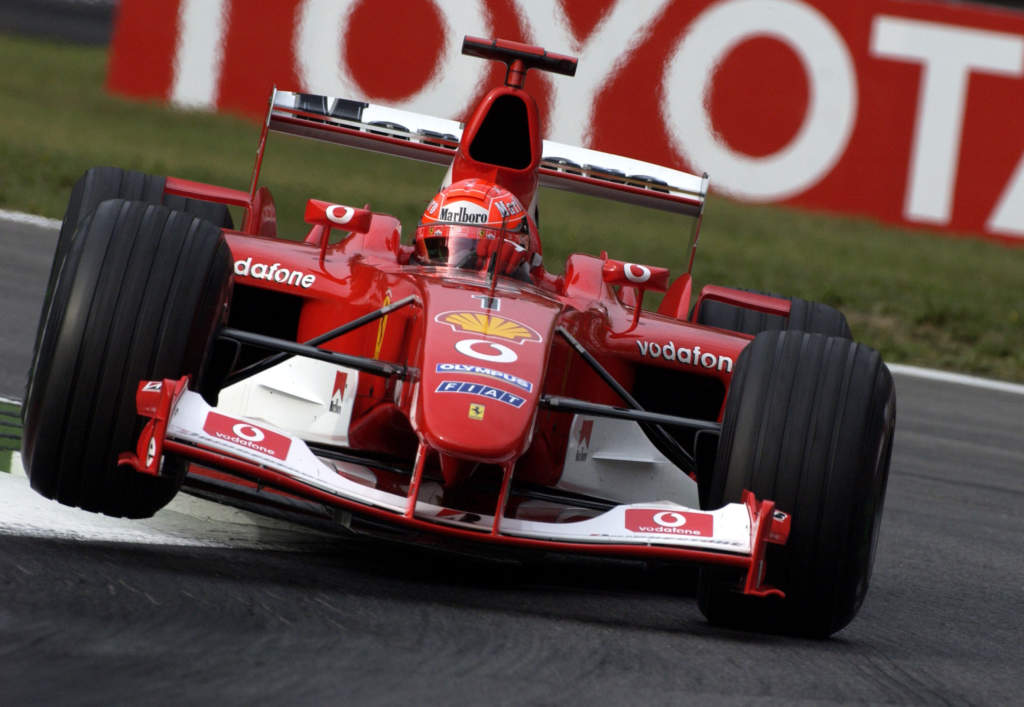 And you don’t see that so much now, you can actually see the momentum and the movement of the car, you can see how much extra bulk there is and that it’s carrying. Even though these are quicker cars over a lap. And they’re just not as agile in slow corners, too, and if you’re doing wheel-to-wheel combat these things don’t lend themselves as well to that.

Regardless of the aero, it’s just the fact that there’s more mass to change direction with, and brake, and all those dynamic things.

The big negative implication of all the weight is the effect on the tyres. And we’re at the outer limits of what tyre technology can withstand really with the torquiest, heaviest cars that Formula 1 has ever had.

The tyres are struggling, so we have a situation where they are building tougher and tougher tyres, which are more and more difficult to race. That’s the big downer of the weight. 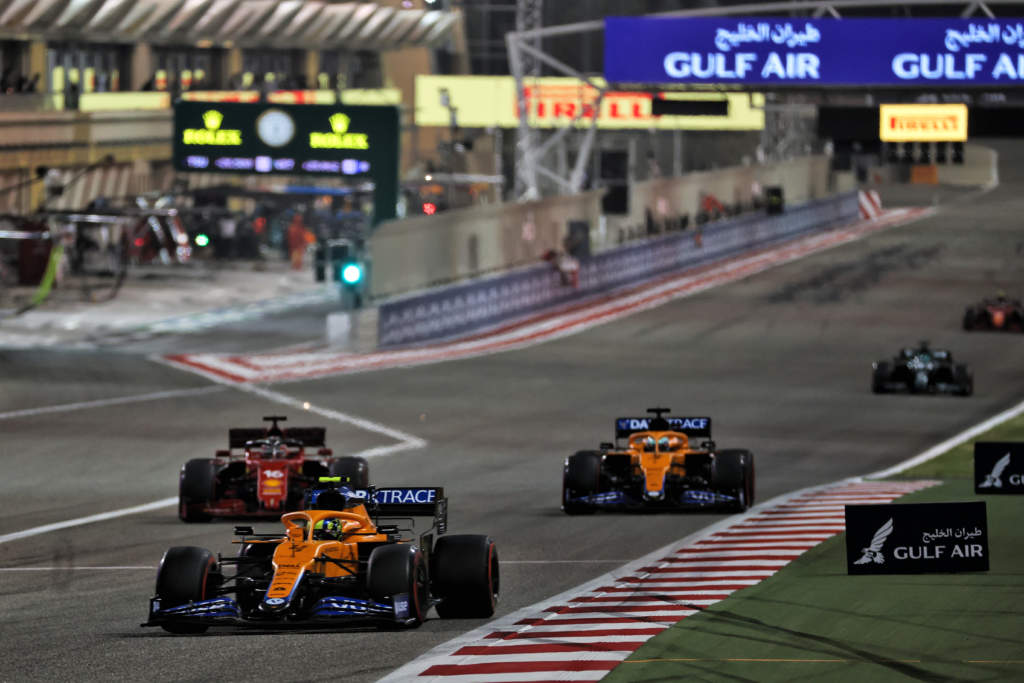 Yes, aesthetically, the cars don’t look as good in motion. But the tyres suffer most. And this breeds knock-on consequences as the load gets bigger and bigger and bigger, and we end up with drivers that can’t push when they’re behind other cars because it’s one small slide at the rear and the tyre temps spike.

And then that’s it. It’s difficult to get the temps back under control, it snowballs and the stint is compromised. Marry that to wider, longer, heavy cars and the quality of racing can only suffer.

CAN IT BE UNDONE?

There seems no obvious point at which F1 can come back from this and start taking the weight out again, unless there is a huge development externally outside of the F1 bubble to make the engine tech smaller, more compact, and lighter.

No part of the car, if F1 remains wedded to this formula, offers an opportunity to say, ‘There’s an easy 50kg to lop off’. That’s the problem.

There’s always been a minimum weight of the power unit in the hybrid era, initially set at 145kg in 2014 – 50kg higher than the last V8. That’s risen by 5kg in 2021 for cost-saving reasons. For the next-generation engine in 2025 F1 and the FIA are talking about implementing a cost cap on how much can be spent on the development. That’ll make keeping the weight down an issue, so there are lots of competing agendas. 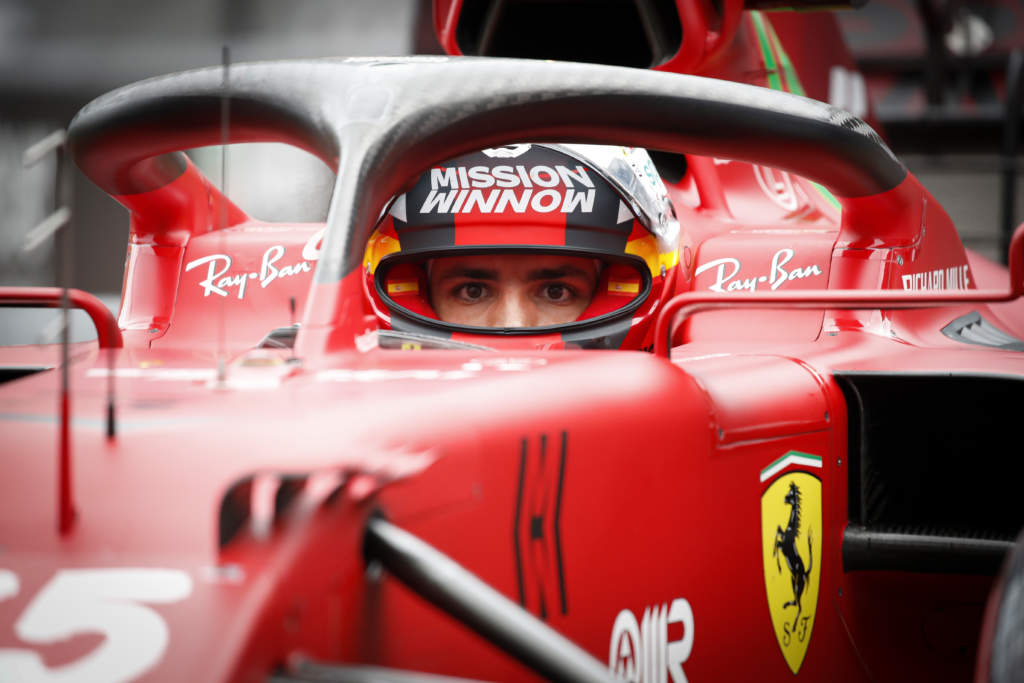 Safety is another area that will not be hacked back. It’s the common driver of smaller weight gains, like the additional increase recently confirmed for 2022. And 99% of the time safety equipment is boring, uninteresting and heavy. But the point where you really want it is when people are hitting things, and suddenly you’re grateful for all that heft! That’s the insurance paying off.

This situation will not change without a completely radical rethink of what a Formula 1 car rule set is. As evidenced by the latest major step in car weight, next year’s rules overhaul hasn’t done that. And the weight rise isn’t a target of the rulemakers, it simply emerges out of other objectives.

F1 seems stuck with cars that are big and heavy – too heavy for the tyres. That will inevitably compromise the quality of the racing.

There may be ways to lessen the consequences and 2022 may prove to mark progress in F1’s quest to achieve that. But it also underlines the likelihood that the idea of F1 as a category for lightweight, super-sharp single-seaters is confined to the past.