The biggest concern within Ricciardo’s deficit to Norris

In the middle of the huge anomaly that was Daniel Ricciardo’s Monaco Grand Prix weekend came the first sign of his McLaren confusion tipping over into outright frustration.

This hasn’t been an easy first season with McLaren so far for Ricciardo but his suggestion that something might not be quite right with his car marked a change in his messaging, however brief.

It was a hint of a top Formula 1 driver who is simply unable to comprehend why he was so much slower than team-mate Lando Norris – six tenths of a second off in qualifying and lapped by him in the race, which Norris finished third in while Ricciardo was outside the points in 12th.

McLaren, as it has throughout Ricciardo’s adaptation, had plenty of sympathy. 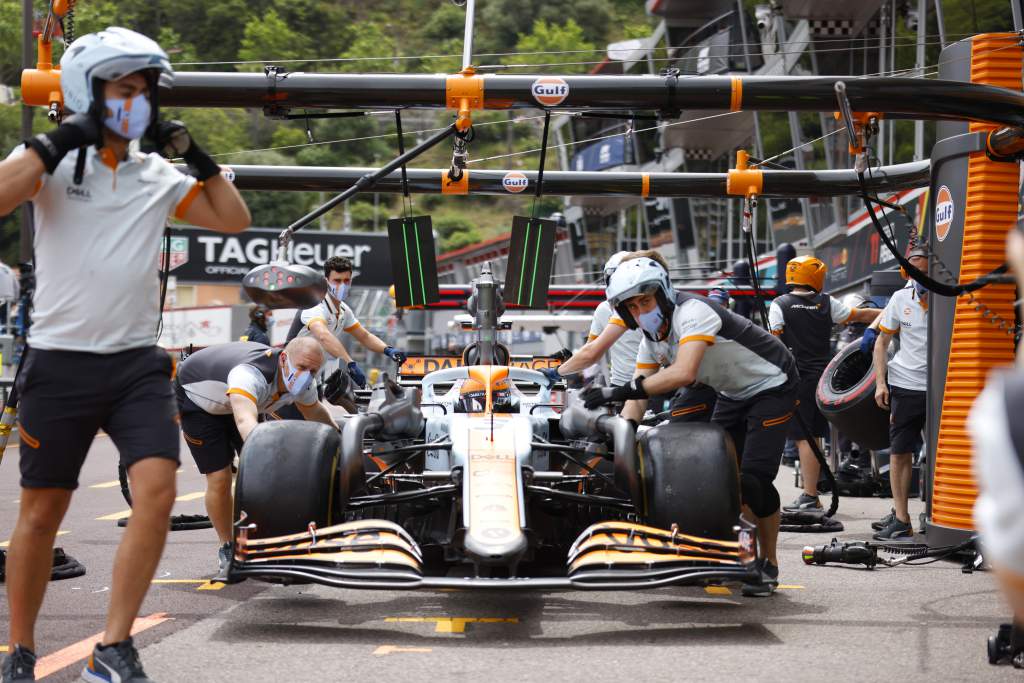 “It’s a human sport,” said McLaren team boss Andreas Seidl after qualifying. “We like the emotions from team members or drivers after good or bad sessions or races.

“And that’s why I think you have to put the quotes from Daniel after qualifying in context.”

The context is that Ricciardo’s a multiple race winner and one of the most experienced drivers on the grid, yet he can’t get his head around why he’s struggling so much in the MCL35M. And his confusion briefly boiled over in Monaco because the extent of the deficit caught him off-guard.

Monaco wasn’t just a struggle, it was a huge step backwards. The Spanish GP had seemed like an important part of the process of improving, a weekend with consistent progression and a strong end result. Heading to a race Ricciardo loves, and usually excels at, was meant to build on that – but instead it seemed to undo his progress.

To a driver of his ability and experience the automatic assumption will be ‘something isn’t right here’. Ricciardo has fought that so far, and bought into the need to adjust his own driving style. He still seems absolutely open to the fact he might not be doing something right. But in Monaco it was clearer than ever that he can’t work out what it is to create a gap of such severity. 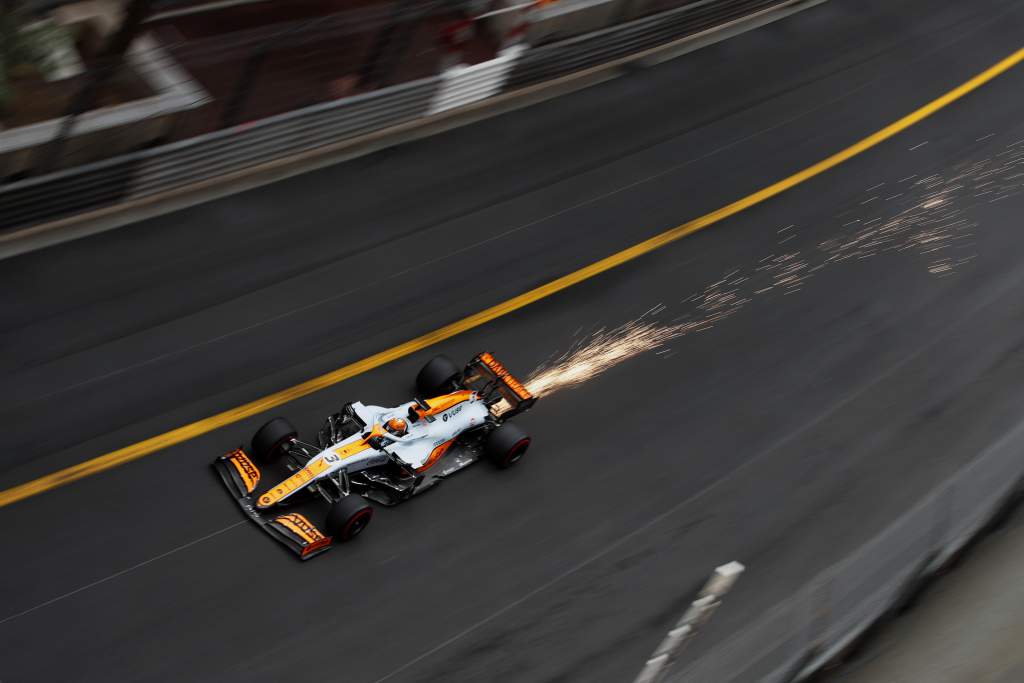 “After a weekend like this I’m sure they will do their due diligence and check everything,” he said.

“I’m going to keep looking at it and see what things I can do better. There’s differences on the data and it’s like ‘this is why Lando is quicker in that corner’ and I see that. But I’m not convinced I’m able to do that.

“So, we’ll see. Maybe still a bit of me getting used to the car, but I’m sure they’ll check everything as well. That far off… It’s a bit tough.”

Ricciardo is baffled so maybe it’s not a surprise that, for the first time, he has started to reach for an explanation.

But if it isn’t a car problem – which McLaren strongly suggested it isn’t, and Ricciardo’s willing to accept that – then the alarm bells will really start ringing. It’ll eliminate the only real external variable, given the two drivers are using almost identical car set-ups too.

That seems the likeliest outcome, too. Seidl made it clear that McLaren’s analysis boils the issue down to driving style and physical inputs. That’s supported by the fact Ricciardo can broadly identify the cause of the deficit in the data, but can’t replicate that himself in the car.

That’s the real concern – not knowing why he can’t drive the way the McLaren needs to be driven. It’s clearly one thing for the data to indicate ‘Norris brakes here, turns in here, and carries this much speed through the corner’ and another for Ricciardo to be able to put that into practice. 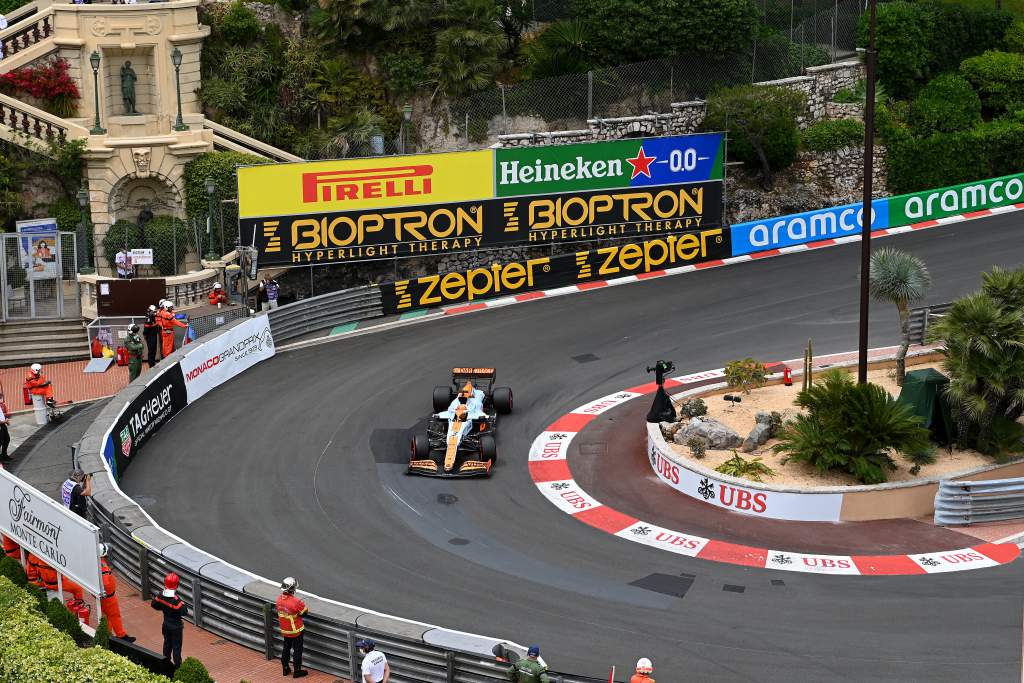 “I’m obviously going to keep working at it. But I feel this weekend has been so far off, and so much on the back foot, that part of me also just wants to switch off for a few days.

“Otherwise, it’s like paralysis over analysis. I’ve been there before, and I don’t want to go back to that.”

This is where it comes down to the ‘recalibration’ we’ve explained before – a lengthy process to make something unnatural in the MCL35M become natural to Ricciardo. It’s taking much longer than he’d like and the worst part is it’s something he probably just needs to ride out.

That is the last thing he wants to hear because it means extending a period that, to put it bluntly, must be seriously pissing him off. So it’s no wonder he’d dearly love a quick fix like McLaren discovering a massive crack in the chassis or a bizarre discrepancy in the suspension settings or something like that.

“I did not expect to be this far back,” he said. “Absolutely not.

“The team has been very understanding and good about it. But personally I don’t want to be here, I want to be much further up. I appreciate they are giving me time, and I appreciate maybe I just do need more time, but since Bahrain it feels like it hasn’t really been much progress.

“So we’ve got to try and unlock something soon.” 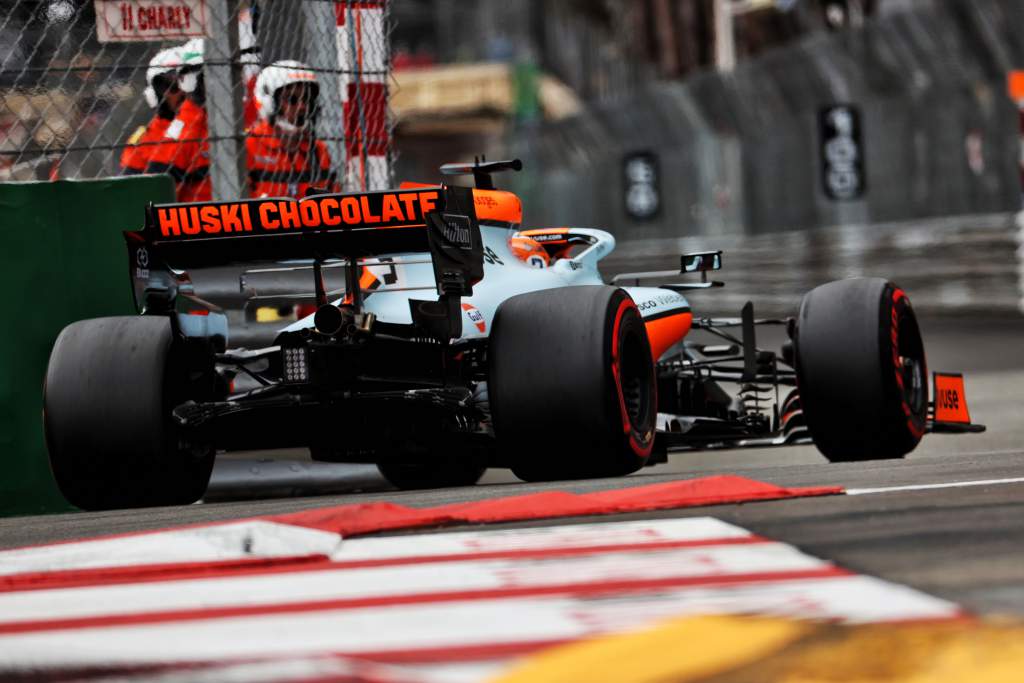 At this point it also seems very clear the shortened pre-season test is hurting Ricciardo. It was perhaps covered up at the season opener because Ricciardo went into that race weekend with a day and a half in the car already banked at the same venue. Then at each ‘new’ 2021 track since then – Imola, Algarve, Barcelona, Monaco – Ricciardo started on the back foot and was playing catch up.

Ricciardo admits the reduced mileage at the start of the year is “actually quite significant now”. Perhaps he is in the same position Red Bull’s Sergio Perez described a couple of weeks ago – ending a weekend wishing it was just beginning.

The next race in Azerbaijan is an important one for Ricciardo. He suggested that such was the extent of his woe from the beginning in Monaco that for one reason or another it simply wouldn’t come together for him. In his words: “Maybe it wasn’t working, and maybe we just put it on the track in Baku and we’re there again.”

There’s little doubt Monaco brought the absolute worst out of Ricciardo’s apparent initial incompatibility with the McLaren. So perhaps there’s every reason to believe things will be a lot happier in Baku. On the other hand, it’s a track with many slow-speed corners and big braking points.

If what the car needs in those areas really is still quite strange to him, then it’s not suddenly going to be fixed from one race to the next.

19 mins ago IndyCar, Junior No Comments