Stroll informed the team he would not drive the rest of the Nurburgring weekend 30 minutes before final practice, Szafnauer said, after hoping a long-running discomfort would ease.

Racing Point called up Nico Hulkenberg for the second time this season, after he replaced Sergio Perez for two races at Silverstone when Perez tested positive for COVID-19.

“At first we thought well, we were in Russia, we’d better get tested for the virus” :: Otmar Szafnauer

F1 has experienced a rise in COVID cases over the last two weeks, mainly around the race at Sochi as Russia does not have the same precautions against the virus as other countries F1 has visited.

Stroll is suffering from “kind of flu-like symptoms” and is “just not well in himself”, Szafnauer said, and after being in Russia the team was keen to ensure Stroll had not contracted COVID-19.

But Szafnauer said multiple tests have come back negative. 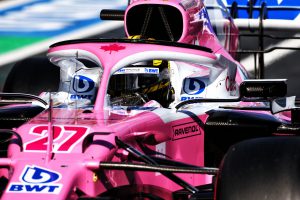 The most thankless last place of the season
Read more

“The pre-event test was Tuesday,” said Szafnauer. “We got the results on Wednesday.

“He hasn’t been tested since. We’re following the FIA protocol. His next test was either Sunday or Monday.”

The FIA’s COVID Code of Conduct states that testing positive, showing symptoms or having close contact with someone showing symptoms “during” an event requires the attendee to report to their stakeholder then comply with further instructions.

As Stroll has continued to show COVID symptoms, this creates a question mark over whether he should have reported his situation rather than tried to continue.

There is also a requirement for an attendee who begins to suffer symptoms while at the venue to “report immediately to quarantine” and follow instructions from a local healthcare authority representative. 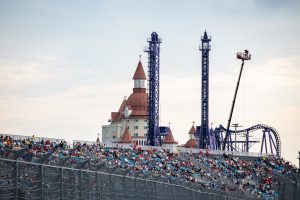 But it is unclear whether the need to report to quarantine applies to Stroll given the team says his symptoms were pre-existing and also insists they are not COVID symptoms.

The FIA’s code outlines fever, cough, shortness of breath, fatigue, headache, a runny nose, a sore throat, loss of sense of taste or smell, a skin rash, and/or discolouration of fingers or toe as symptoms.

Stroll has reportedly been tired. But Szafnauer indicated he has also had diarrhoea, which the World Health Organisation lists is a “less common” symptom.

In any case, if the FIA and F1 are satisfied Stroll’s symptoms are not consistent with their definition of COVID symptoms, none of the code of conduct’s provisions would apply to him.

Stroll could not exercise after the Russian GP and Szafnauer said that, combined with the illness that has left him with stomach trouble, meant Stroll said he physically could not compete this weekend.

His withdrawal from this weekend was with a view to Stroll being fit for back-to-back races in Portugal and Italy in two weeks’ time.

“He hasn’t been feeling great since Russia,” Szafnauer said. “Since we left Russia he hasn’t been that great, I think he had a bit of a cold.

“At first we thought well, we were in Russia, we’d better get tested for the virus.

“We’ve tested him multiple times, including the pre-event test for this race. He’s come back negative three, four times. 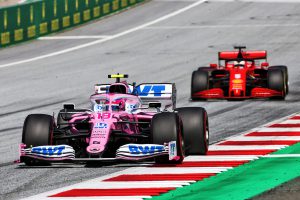 “He doesn’t have the classic COVID-19 symptoms. He just doesn’t feel well in himself.

“He has a bit of an upset stomach. So he was on the toilet the whole time. And he said, I’ve just got rid of a lot of fluid, and I can’t get off the toilet for long enough to get in a race car.

Stroll is being monitored by a doctor and will fly home when he feels better. He will not return to the track.

Racing Point contacted Hulkenberg around three hours before qualifying asking him to head to the circuit early, as the German was due to be on-site later for media commitments with home broadcaster RTL.

“We’re just thankful that he got within 107% rule. He’s done a few laps now, and if he gets a good start, he’s got a chance at points” :: Otmar Szafnauer

Szafnauer said Hulkenberg would have been called up on Friday but the team and Stroll were hoping the Canadian’s condition would improve.

Hulkenberg qualified last but was only four tenths from making Q2 despite only completing four flying laps in the car.

Szafnauer claimed that the only target that had been set was qualifying within 107% of pole and being allowed to take the start, which Hulkenberg achieved comfortably.

“It was a huge ask and we’re just thankful that he got within 107% rule,” said Szafnauer.

“A decent racecar underneath him, he’s done a few laps now, and if he gets a good start, he’s got a chance at points.”

Hulkenberg was “surprised” by how different the upgraded RP20 was from when he drove it at Silverstone.

His familiarity with the team and car was the main reason Racing Point gambled on him making it to the track instead of using Mercedes reserve Stoffel Vandoorne. The team also had Hulkenberg’s seat available.

Szafnauer said Vandoorne was the “fallback” and getting him in the car was “possible but much more difficult” in terms of car revisions.

“He was in the paddock,” said Szafnauer.

“So he had a negative COVID test and he was ready to go.

“Just with Nico, we had his seat here. We know exactly where the pedals go. We don’t have to adjust pedals or some of the other things that we would have had to go through with Stoffel.”