‘Something fundamentally wrong’ at confused Mercedes

Hamilton was a second off the pace in 11th place in second Baku practice with Bottas a further second away in 16th, as Mercedes’ Formula 1 title rival Red Bull went first and second fastest with Sergio Perez and Max Verstappen.

“It was very tricky for us today and clearly lacking pace,” said Bottas.

“It feels like it’s just overall grip, the balance is not that far off.

“OK, the car is maybe a bit unpredictable, but it just feels like lacking grip and sliding around. It’s going to be a long night tonight.”

Asked if the long runs were any better, Bottas replied: “Slightly better, maybe, in the long run, but still, we’re lacking pace, that’s for sure.

“So I think there’s something fundamentally wrong and we need to figure out what.”

Hamilton said it had felt like “a really good day” in the cockpit and in terms of completing Mercedes’ programme, but the pace was simply missing.

“I got all the laps we needed. There were not really any mistakes. I had one lock-up. We were just slow,” he reported. 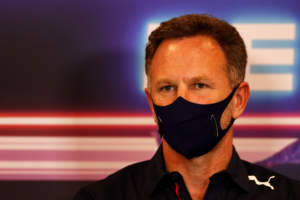 “But in general I feel like I’m driving well and the car felt better in FP1. In this one [FP2] there was just no more time in it.

“We’re definitely quite a chunk down and I think everyone will be scratching their heads and looking into the data trying to figure out how we can improve.

“It didn’t feel good in this session in general. I was pushing, I was on the limit, but the car is limited.

“There are areas where I should just be quicker but there’s no more grip. But we’ll work at it.

“And of course it’s not easy to be out of the top 10 in pace when we’ve had pace in other places. I don’t really know why we’re where we are.”

The team’s trackside engineering director Andrew Shovlin described it as Mercedes’
“worst Friday by some margin” and echoed his drivers’ confusion.

“Our biggest issue seemed to be the single lap; we’re a long way from our normal positions so clearly we need to find something very significant there,” he said.

“The long run picture was not as bad – a fair bit behind Red Bull but still in the mix.

“So, lots to work on overnight; we’re planning a comprehensive programme of analysis and simulator work to try and understand some of these issues but we clearly have an awful lot to find.” 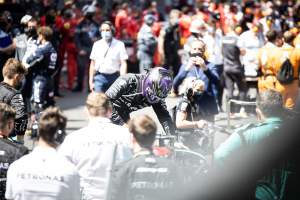 How big a blow was Monaco GP for Mercedes? Our verdict
Read more

Mercedes’ Azerbaijan Friday struggle follows a Monaco Grand Prix weekend in which it was outpaced by both Red Bull and Ferrari.

Bottas suggested day one in Baku was “tougher” than Monaco.

“Yes, Monaco wasn’t easy, but at least we were more or less there by the time of qualifying and now we seem quite a bit off,” he said.

“So it’s definitely a more challenging day than we anticipated. And we need to find out exactly why.”

17 mins ago IndyCar,Touring Car No Comments