As Lewis Hamilton revealed that he’d begun talks over a 2022 Formula 1 contract with Mercedes, he dropped a very heavy hint that he’d like to see Valtteri Bottas retained as his team-mate.

“I think he is a fantastic team-mate and I don’t necessarily see that it needs to change,” said Hamilton, who declined to pass any comment on Bottas’s potential replacement George Russell, saying only: “He’s not my team-mate currently. So I don’t need to say anything about it.”

While that stopped short of an emphatic demand from Hamilton, it indicated a preference for maintaining the status quo.

Should Mercedes do what Hamilton appears to want and keep Bottas? Our writers give their thoughts:

Only if Hamilton commits long-term

When you have a driver of Lewis Hamilton’s calibre who you obviously want to keep, his team-mate preference must be a factor in your plans. But there is also the future to think about.

To be specific, there is a future to be avoided – the one where Hamilton retires, Bottas is left as the experienced Mercedes hand and a new driver must be integrated.

Bottas is a fine driver, but he isn’t in the class of Hamilton or Max Verstappen so to pin the team’s title hopes on him is not an option.

If Hamilton were five years younger, it would be a difficult picture, but a Bottas/Russell combination with the latter in his first year at Mercedes is too high risk.

As we’ve seen from the time it has taken even for experienced, proven drivers to adapt to new environs in F1 this season, it can’t take for granted that throwing in a new driver who is potentially better than Bottas – or even one who comes with a proven winning record – will work immediately. That could cost Mercedes a championship.

If there’s a way to get a long-term commitment from Hamilton that guarantees he will be around for a few years, and without doing what Nico Rosberg did and retiring in the middle of it, then Bottas becomes a stronger option. Mercedes can build around Hamilton with Bottas as his wingman for, say, three years with confidence. 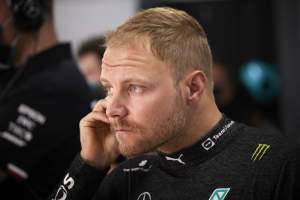 The trouble is, how can that be achieved? Hamilton’s quality and success for Mercedes means he has the right to call time when he wants and even if he signs a three-year deal, he could simply decide to retire during it. Hamilton himself probably can’t be sure how he will feel about F1 a few years down the line.

Hamilton understandably would favour the status quo, not through fearing Russell but because anyone in that situation values stability. But it’s important to note this is a preference, not a condition to Hamilton staying on.

After all, this is a negotiation. With Russell alongside Hamilton, Mercedes can evaluate and integrate a driver it believes has the potential to be a leader, while Hamilton will have the flexibility he needs when it comes to his future.

That’s why this seems the more likely outcome, unless Mercedes is willing to gamble on not future-proofing its line-up.

Mercedes has to prioritise its own future

No, it shouldn’t be swayed. Even the closest of driver-team partnerships have a natural point of decoupling of interests.

Yes, the team works brilliantly well with Bottas there as Hamilton’s back-up, with a harmony it lacked in the Hamilton-Rosberg years but still a driver fully capable of winning grands prix and setting pole positions.

Introducing a thrusting ambitious young talent such as Russell may well disturb that lovely equilibrium and it’s absolutely natural Hamilton doesn’t want to rock the boat. Not because he fears Russell, just as he had no fear of Rosberg, but simply because the team as a whole might not work as effectively, there might be a reintroduction of the friction that has largely dissolved with Bottas’s calm presence.

But that’s just Hamilton’s interest. The team needs a succession plan, needs a potential world champion in the long term for the day when Hamilton stops.

But if it’s not Mercedes needs to know this sooner rather than later. So it probably just needs to put that succession plan in place – and then wait to see what Hamilton’s plans are.

There is obviously a difference between Hamilton seeing no need for Mercedes changing its line-up and Hamilton saying explicitly “I want Valtteri alongside me next season and Mercedes should absolutely re-sign him”.

But Hamilton pointing out Bottas’s merit and indirectly questioning the validity of making a change does at least indicate he would like Bottas to be kept on.

If that’s the case then it would be entirely logical. F1 is a game of marginal gains and Hamilton has become the driver he is because of his understanding of that. It’s the same reason Mercedes has been such a relentless winning machine since 2014.

The way Verstappen/Red Bull look at the moment – and remember Verstappen is that team’s undisputed number one – Hamilton and Mercedes have to make sure they are in the best place to maximise everything at their disposal. Personally, I think Russell can be part of that. However, I understand why Hamilton wouldn’t necessarily want to chance it. 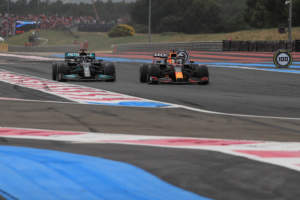 Ultimately, he’d be well within his rights to view himself as Mercedes’ best chance of success in both championships. Get the best out of him and Mercedes will have the drivers’ champion. Then you just need his team-mate to beat or match the second Red Bull and you get the constructors’ championship too. Bottas has been enough for that, keeping Hamilton on his toes but never rocking the boat.

Is Hamilton scared of a Rosberg-era repeat? I don’t think so. There’s a difference between fearing that scenario and wanting to avoid taking an unnecessary risk of repeating it – especially when it’s easy to stick with the functioning, successful alternative.

Maybe Hamilton doesn’t really care. But it’d be totally justified if he did.

Bottas is a wingman and Mercedes needs its next leader

It’s inevitable that the subject of Hamilton’s team-mate would be a big part of the contract negotiations. Why would Hamilton want Mercedes to bring in someone that might just cause him a bit more aggro? As it stands, he’s the clear number one and Bottas, most of the time, is a good wingman.

However, it’s a bigger problem than that. Mercedes needs to plan for the future because Hamilton is not going to be around for that much longer. Does Toto Wolff really feel that Bottas could up his game and become team leader? 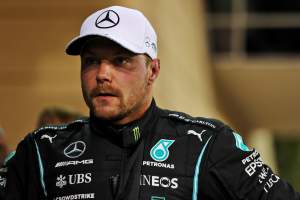 When Bottas joined Mercedes, I had high hopes for him but it never really came to be. He is fast on occasions and at times has the beating of Hamilton, but if you give him a car to pass he definitely struggles more than Hamilton.

That said, the Mercedes is one of the worst cars in turbulent air in traffic. If it wasn’t that Mercedes can – or perhaps that should be used to be able to – qualify on pole and disappear up the road then I think both would struggle to overtake. The close competition with Red Bull this year might just confirm that.

For me, any driver that shrugs away intra-team competition is a driver that lacks confidence. Normally, I wouldn’t say that about Hamilton but if he does want to keep Bottas, does that mean that he also feels he is getting a little long in the tooth?

Mercedes should plan for the future. Bring in Russell as his team-mate and just let them get on with it.

What else could Hamilton say?

Hamilton was almost certainly being polite to Bottas, purely out of courtesy to the man he currently shares a garage and debriefs with. It seems unlikely he would have enough of a preference between Bottas and Russell to want to really throw his weight around over it.

At this stage he has more to lose from giving an answer that could be interpreted badly by Bottas, than he does by saying anything that could even loosely be considered unwelcoming towards Russell. The latter scenario would carry no risk of derailing Mercedes’ 2021 season, and could be easily fixed down the road if required. The former could have instant negative repercussions.

Hamilton hasn’t racked up the numbers he’s achieved in his F1 career without bucketloads of self-belief, and at this stage of his career he’s unlikely to feel the need to engineer a preferred team-mate option behind the scenes to protect his position.

That might not be the case if Mercedes was trying to sign Verstappen, but with Russell there would probably be enough of an adapting process to running at the front and finding his feet in a big team to avoid an instant repeat of the Hamilton/Rosberg years.

If Mercedes truly believes in Russell, it’s made him wait long enough. Hamilton probably understands that.

In team-based sports, there is absolutely nothing new to the concept of the team’s star performer being able to influence the make-up of the roster. It isn’t something that’s talked about too openly, but it’s only logical.

Nobody in MotoGP was confused when Honda plucked Alex Marquez out of Moto2 to place him in the factory team alongside all-conquering brother Marc. As a team, you do what it takes to keep your star happy – and as a star, you bask in your leverage, even if you don’t directly request anything. 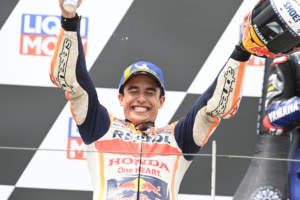 In all those cases, the impact on the star’s contract was negligible. Both Hazard and Donnarumma have now moved on to other teams anyway, while Marquez seems perfectly content to see out his Honda deal through 2024 even though his brother has already been demoted to a satellite team the second Honda sensed an opportunity to upgrade its line-up.

Bottas is not a member of Hamilton’s family, so in this situation keeping him is probably even lower on Hamilton’s list of demands. But let’s entertain the suggestion that Hamilton really wants Bottas to stay as his team-mate – even if so, the leverage simply isn’t there.

He’s 36, eight years older than Marquez. There are obviously more wins, more titles, more incredible performances in Hamilton, and Mercedes would do well to keep him happy. But not at any cost – and holding back Russell in any way would be a cost too high.