Haas driver Fittipaldi had grabbed his first Virtual F1 pole position right at the end of a wet qualifying session with an advantage of four-tenths over Russell but despite a decent launch was unable to hold the lead through Ste Devote.

Once in the lead of the race, which started in dry conditions, Williams driver Russell started to edge away running on the medium Pirellis, with Ferrari driver Arthur Leclerc moving up to second place on the opening lap.

Leclerc was over 2.5s behind Russell when he became the first to put at the end of lap eight, switching from soft to mediums.

With a frantic battle raging behind, Russell decided to extend his stint as he continued to pull away with a lead of over half-a minute when Fittipaldi, who also ran long after starting on mediums, pitted at the end of lap 27.

Russell was the last to pit at the end of the next lap, taking softs for a run to the finish and crossing the line with an advantage of 39s over Mercedes driver Esteban Gutierrez – setting fastest lap along the way.

This was Russell’s second consecutive Virtual GP victory, following his victory in the Spanish Grand Prix.

Gutierrez had opted for a two-stop strategy, meaning he was rapid on fresh medium rubber in the closing stages for a charge from sixth place to second.

This put him in the thick of a dramatic battle between a clutch of fellow real-world grand prix drivers, culminating in him chasing down the Ferrari of Charles Leclerc in the closing stages.

The battle was resolved in Gutierrez’s favour on the penultimate lap when Leclerc clipped the Mercedes driver on the run to the chicane and spun.

“I did not see him, but he was on the left so it’s completely my fault,” said Leclerc after the incident.

He held onto third place ahead of Red Bull driver Alex Albon, who prevailed in a dramatic battle with Arthur Leclerc on the last lap.

The pair ran side-by side from Ste Devote all the way to Portier, but Albon fresher softs gave him a grip advantage that he made the most of.

Fittipaldi finished sixth, but came within a tenth of a second of beating Leclerc in a final reckoning.

Norris was in the thick of the battle for second earlier in the race, but an attempt to pass the Leclerc brothers through Ste Devote on lap 18 led to Arthur being pushed into a spin.

It’s his second #VirtualGP victory, and there’s no place sweeter to do it than Monaco 🍾#F1 #RaceAtHome pic.twitter.com/r4ZgbgdmR3

Nicholas Latifi took eighth place in the second Williams ahead of the Haas of Louis Deletraz and Racing Point’s David Schumacher.

Schumacher started third after coming close to taking pole position, but struggled to replicate his wet race in the dry and faded as the race progress.

Valtteri Bottas finished 11th on his debut, but impressed with his pace in wet qualifying to start eighth.

But he spun at Casino on the first lap after collecting the spinning Alfa Romeo of Antonio Giovinazzi, meaning he had to fight his way through from last place.

Giovinazzi finished 15th ahead of Aubameyang, with Kai Lenny 17th on his debut for AlphaTauri.

Luis Fonsi was last of the finishers in 18th place on his debut for Racing Point.

Ex-F1 driver Vitantonio Liuzzi was disqualified for too many rule infringements, while Renault debutant Esteban Ocon appeared unable to take the start after participating in qualifying. 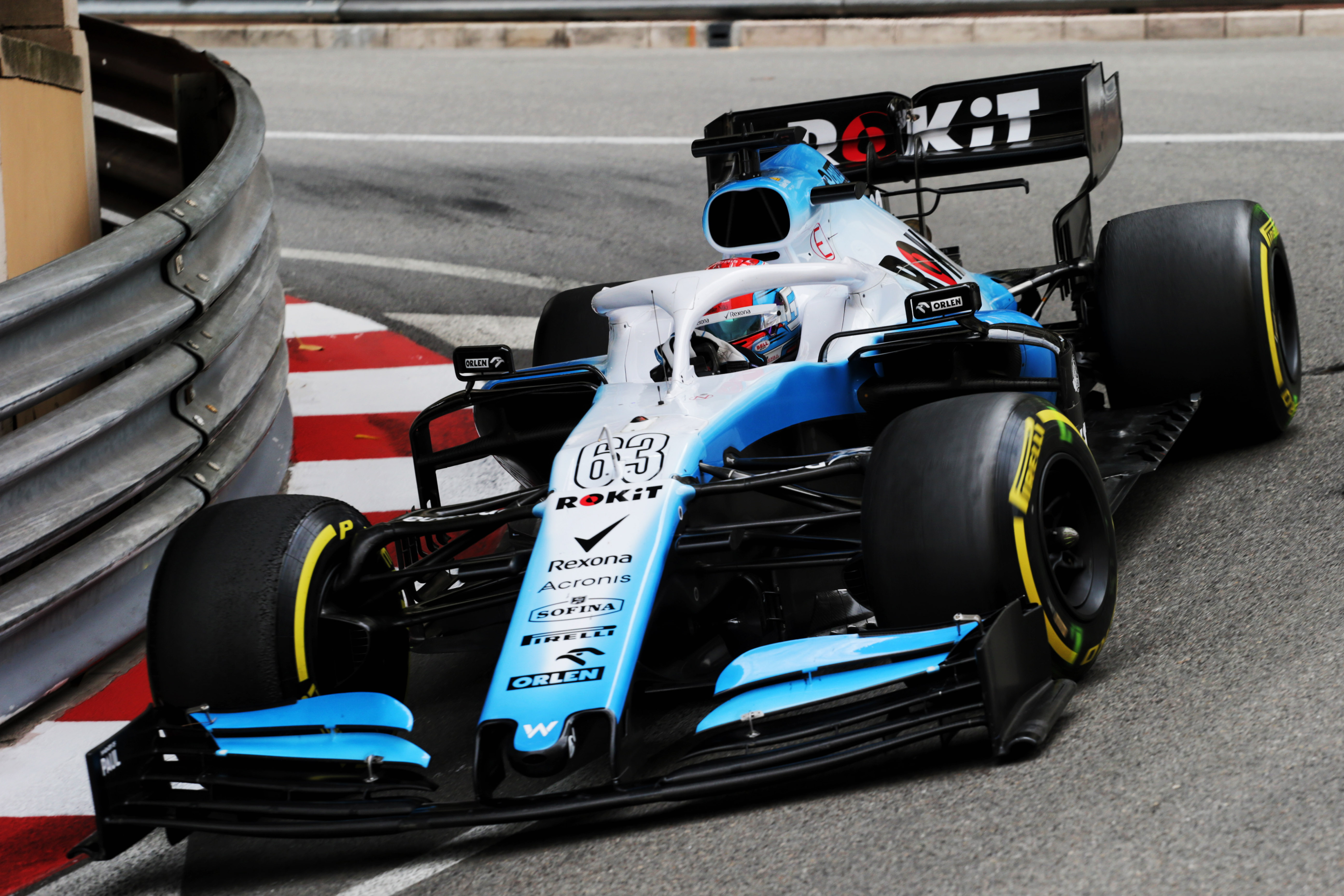