Russell lap ‘should push him even more to Mercedes’ – Williams

The British driver’s future remains one of the biggest talking points in the F1 paddock, with Mercedes yet to announce who will be Lewis Hamilton’s team-mate next year. 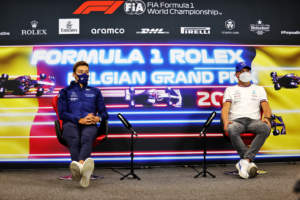 Amid a growing belief that Russell will replace Valtteri Bottas in the world champion team, and with the Brit having ducked questions about his future so far this weekend, Russell then put in an incredible performance to claim a front row start for Williams alongside pole-sitter Max Verstappen, just ahead of Hamilton’s Mercedes.

Speaking to Sky Sports F1 about Russell’s future, Capito said: “We would like to keep him of course, but this result today, if Toto [Wolff] hasn’t got the decision done yet, I think this will push him even more to Mercedes.

“Then we are – especially me – very happy to see him in a Mercedes.

“George’s talent is so great for his age and he deserves to be in the car that is capable of winning the championship and we fully support him in that.”

“By now we know where we stand and we know what we have, what he can do,” he told Sky.

“Today is just another confirmation that he can drive.”

When asked when an announcement could be expected from Mercedes, Wolff said: “Soon.”

Russell said his situation didn’t increase the pressure on him to perform, because every driver is in a constant fight to show they belong in F1.

“Formula 1’s a pretty ruthless sport,” he said in the press conference for the top three drivers in qualifying. 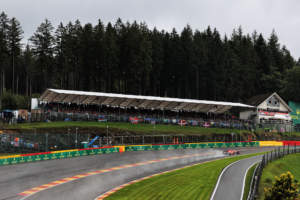 “There’s only opportunity for 20 drivers in the world, and there’s probably plenty more drivers who are deserving to be in Formula 1.

“So regardless of my personal experience in these contract talks at the moment, you’ve got to keep showing what you can do and never lift your foot off the throttle, because if you do, there’ll be a youngster coming through to take your seat.

“You can never be complacent. Regardless, I’m out every weekend trying to do 120%.”

Asked about his feelings towards Russell based on the qualifying result, Hamilton said: “I don’t feel any different, George has been doing a great job all year.

“It doesn’t change anything really. He’s got pressure on him just as Valtteri does to do the job.

“It’s great to see him deliver. I can’t fault him.”

13 mins ago Rallycross No Comments