Rule changes? Refunds? What next after F1's Belgian GP farce - The Race
Skip to content
Formula 1

Rule changes? Refunds? What next after F1’s Belgian GP farce

Formula 1 is keen on swift discussions over changing the rules that made Sunday’s Belgian Grand Prix so controversial and is talking to the race promoter about appropriate action for ticket holders.

One of F1’s most contentious modern events, arguably the worst since the 2005 United States Grand Prix debacle, occurred on Sunday after rain forced the delay, suspension and ultimately abandonment of the race.

The lack of track action was not the main problem, though – it was the rule that meant three laps under the safety car, the last of which came under a red flag, was sufficient for a result to be declared and half points to be awarded.

This was widely criticised by drivers, teams, media and fans and was seen as a box-ticking exercise by F1 in order to satisfy event and television contracts by being able to claim a race had taken place. 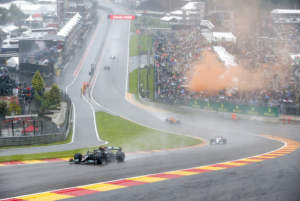 On Sunday evening, McLaren Racing CEO Zak Brown said it was imperative F1 learned from what happened and reviewed its rules to prevent a repeat, stating that nobody should be comfortable calling the Belgian GP “a race”.

FIA race director Michael Masi had already spoken in broad terms about potential rule changes after the race and said it would be possible to implement revisions to the sporting regulations for 2022.

The Race understands there could be a discussion as early as this week about which rules need to be changed with F1, the FIA and teams all in agreement it must be addressed. 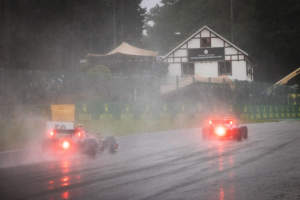 But this is not the only area F1 must act in, in order to quell unrest among its fanbase.

Angry and upset fans left dozens of messages on the official event Facebook page relaying tales of woe from a weekend wrecked by poor weather, with flooded car parks and bad traffic already causing problems prior to Sunday’s issues with the race and its farcical finish.

Despite those wide-ranging problems F1 courted further condemnation after the race with its initial stance on the validity of refunds for those in attendance, something world champion Lewis Hamilton said was a must.

Though F1 did not rule out some kind of gesture to fans, CEO Stefano Domenicali’s initial comments put the onus on the promoter given the events handle the tickets and he also rejected the suggestion F1 had only completed the late safety car running for commercial reasons.

F1 is in discussion with the promoter about what it could do for fans. If refunds are not viewed as an option – as the rest of the weekend was completed and on Sunday the support races for Formula 3 and Porsche Supercup were held in full – one alternative could be a discounted rate for future events as a gesture of goodwill. 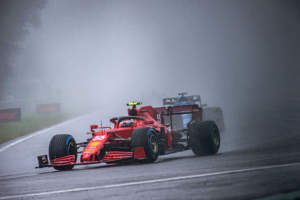 Those support races were held at 10.40am and 12.05pm respectively, which raises the question of whether they should have been scrapped or held even earlier (unlikely in the conditions).

This would have allowed the grand prix to be moved from its 3pm scheduled start time.

It is likely that such a scenario will at least be discussed to ensure a better contingency plan in the future.

Were you at the Belgian GP? Tell us your experience at [email protected] or send a message privately to our F1 journalist Scott Mitchell on Twitter