After the new Racing Point broke cover at pre-season testing with a clear inspiration from the 2019 Mercedes, the team willingly admitted it had attempted to ‘copy’ its engine and gearbox supplier’s aerodynamic philosophy.

Then, at the end of testing, the FIA revealed it had reached a bombshell confidential settlement with Ferrari over a long-running investigation into its 2019 F1 engine.

Both subjects were due to be among the main controversies of the opening weekend in Australia, but the escalation of the COVID-19 outbreak into a pandemic overtook events. 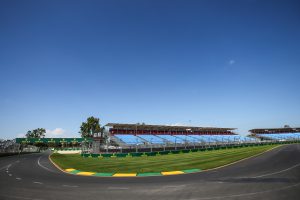 The lost F1 controversies of the Australian GP
Read more

The grand prix was cancelled on Friday morning with the season since suspended until at least July, and Abiteboul recognises the need for the focus of teams and championship bosses to be turned to the “short-term survival and medium and long-term sustainability” of F1.

“It’s important we sideline the most contentious topics we had over the winter,” said Abiteboul in an interview published on the official F1 website .

“I’m sure these topics will come back as they are directly connected to the business model of F1.”

“So to a certain degree we’re talking about that. 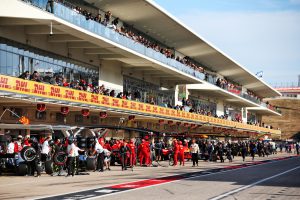 “By saying that, I’m not putting any threat, I’m just saying that we need to think about a bit more strategically in the current circumstance.”

Likewise, Abiteboul said the Ferrari issue was something that “at some point should be addressed”.

Renault was among the seven non-Ferrari teams in F1 to write to the FIA and F1 jointly to express their outrage at the confidential settlement and demand further information.

They were told that the FIA had followed its processes correctly and that Ferrari would need to give approval for details to be released.

“We live in a world which is totally open,” said Abiteboul. “We are not challenging the process, we only want to find out what happened.

“We want to find out what the legality concern was and also to make sure we are staying away from similar legality question marks.

“Very simply, I’m an engine manufacturer myself, I want to make sure my engine doesn’t pose the same legality question mark.

“I don’t think so. But I think it only makes sense if the regulations are clear and the decisions are clear for all participants – that’s what we’re asking.

“We have no intent to change what has been done. We would like to know in order to move on.”