Adapting to the new narrow floor regulations will be the biggest 2021 challenge for Formula 1 teams.

Although most will have researched many different solutions in the windtunnel and CFD, there’s nothing like circuit testing to prove it out.

Red Bull ran a different version of its floor – in terms of the vanes on the surface – in each of the first three sessions of testing. 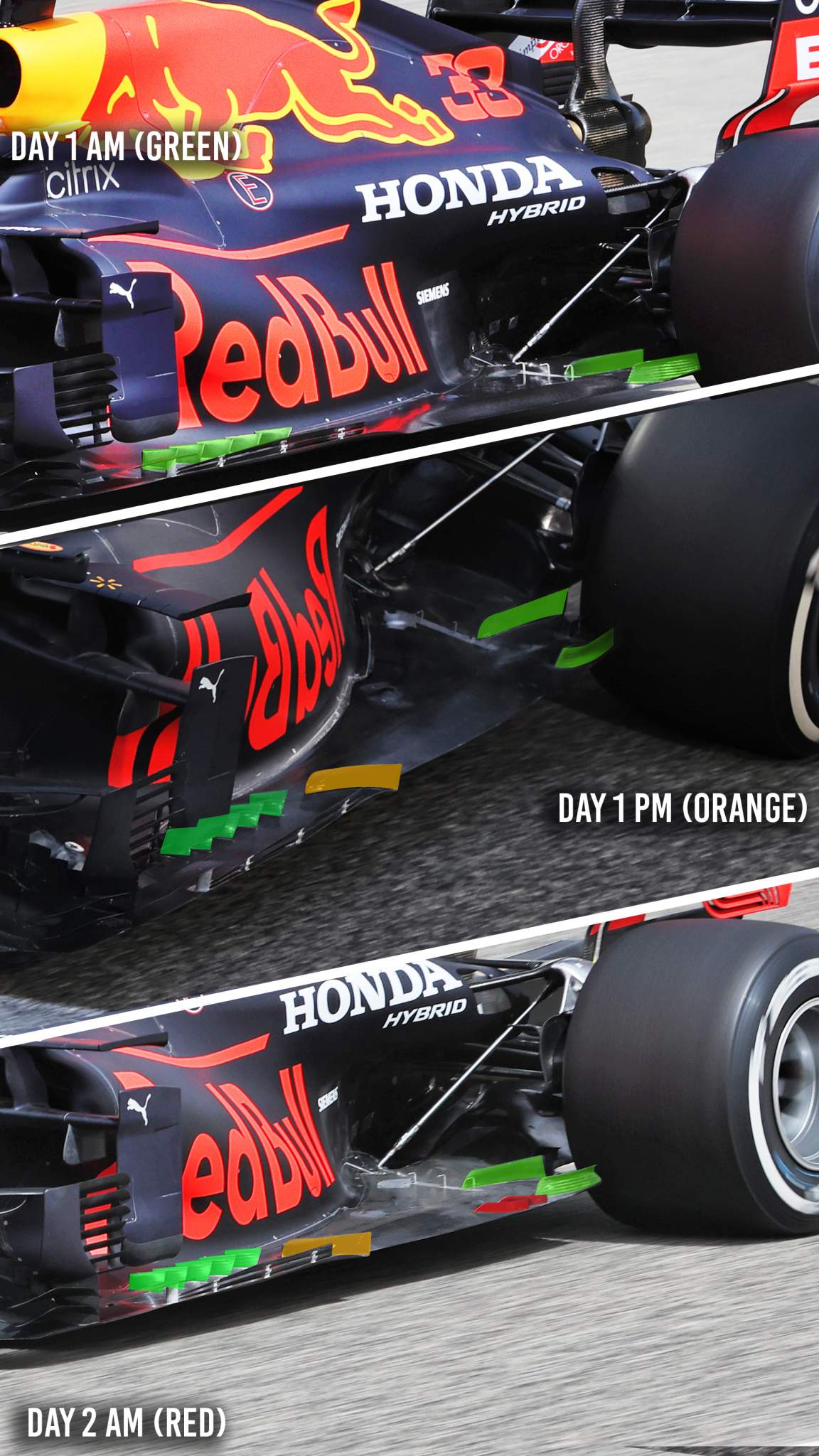 Red Bull came to the test armed with different varieties.

On the first morning, Red Bull ran its basic concept. Then on Friday afternoon, a turning vane (yellow) was added to induce a new vortex to improve the sealing (picture reversed for an easier comparison). 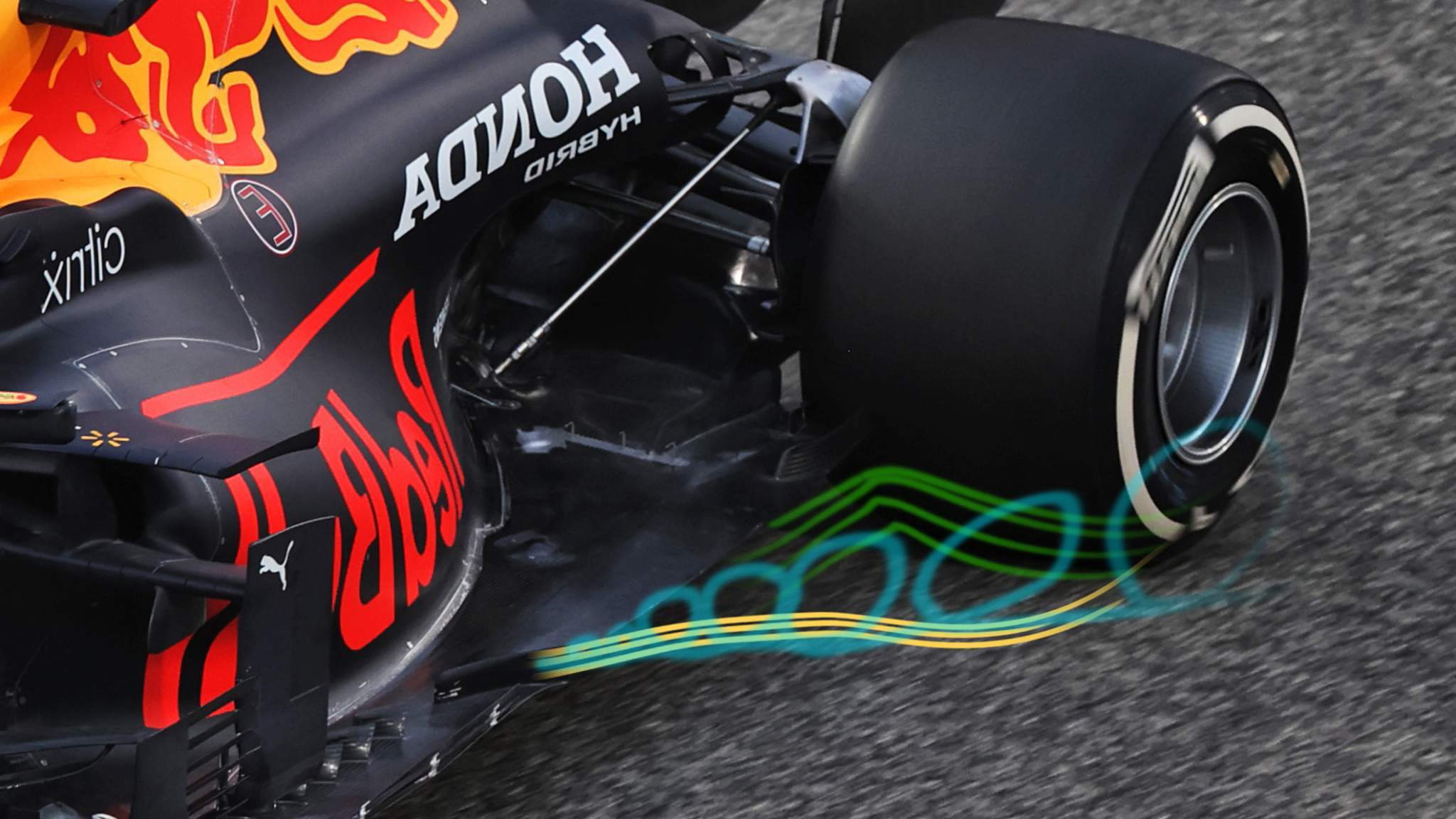 Looking at the vortex from the front of the car, it would be rotating anti-clockwise and as its energy builds up it will pull air from underneath the car, or at least stop airflow from being sucked under the car (blue, above).

On Saturday morning, another two turning vanes were added (red, below). These are to improve the vortex alignment and, if possible, connect it up to the tyre squirt flow that is going around the outside of the rear tyre. 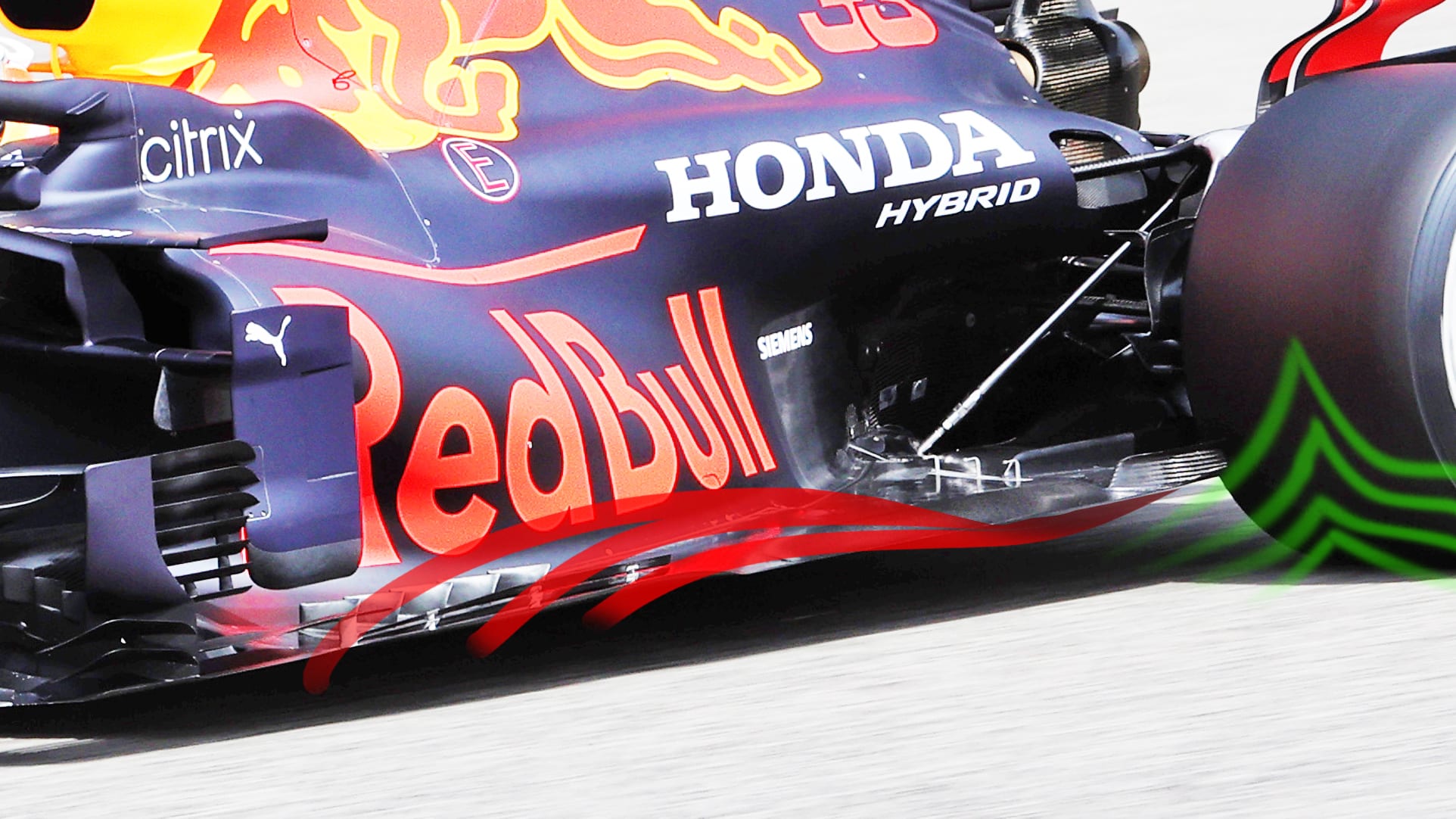 As the vortex increases in size, it pulls more mass flow into its rotation and these two vanes will change the direction of the vortex slightly. This helps to align it across the front of the rear tyre and connect it up to the tyre squirt.

The tyre squirt (green) is generated by the rear tyre rotating onto the track surface and displacing the airflow around the inside – which is not what you want – or the outside of the rear tyre, which is what you are trying to do and is preferable.

The tyre squirt is very powerful as that displaced airflow has to go somewhere, so connecting this vortex to it makes the vortex more powerful.

11 mins ago Motorcycle racing No Comments

27 mins ago IndyCar No Comments