Red Bull has gone to great lengths to ensure it’s not possible to get a clear look at its car. But from what we have seen so far, Red Bull appears to have taken a step towards what Mercedes reckoned was a big advantage last year – a major redistribution of the rear suspension components.

With the limitation on changes from 2020 thanks to the carryover car rules, it will not have been easy to make changes compared to when Mercedes did it when everything was up for grabs.

However, Red Bull did have its rear toe links attached to the rear crash structure last year, so it might only be a case of re-assessing the component loads and accommodating the changes into the existing structure. 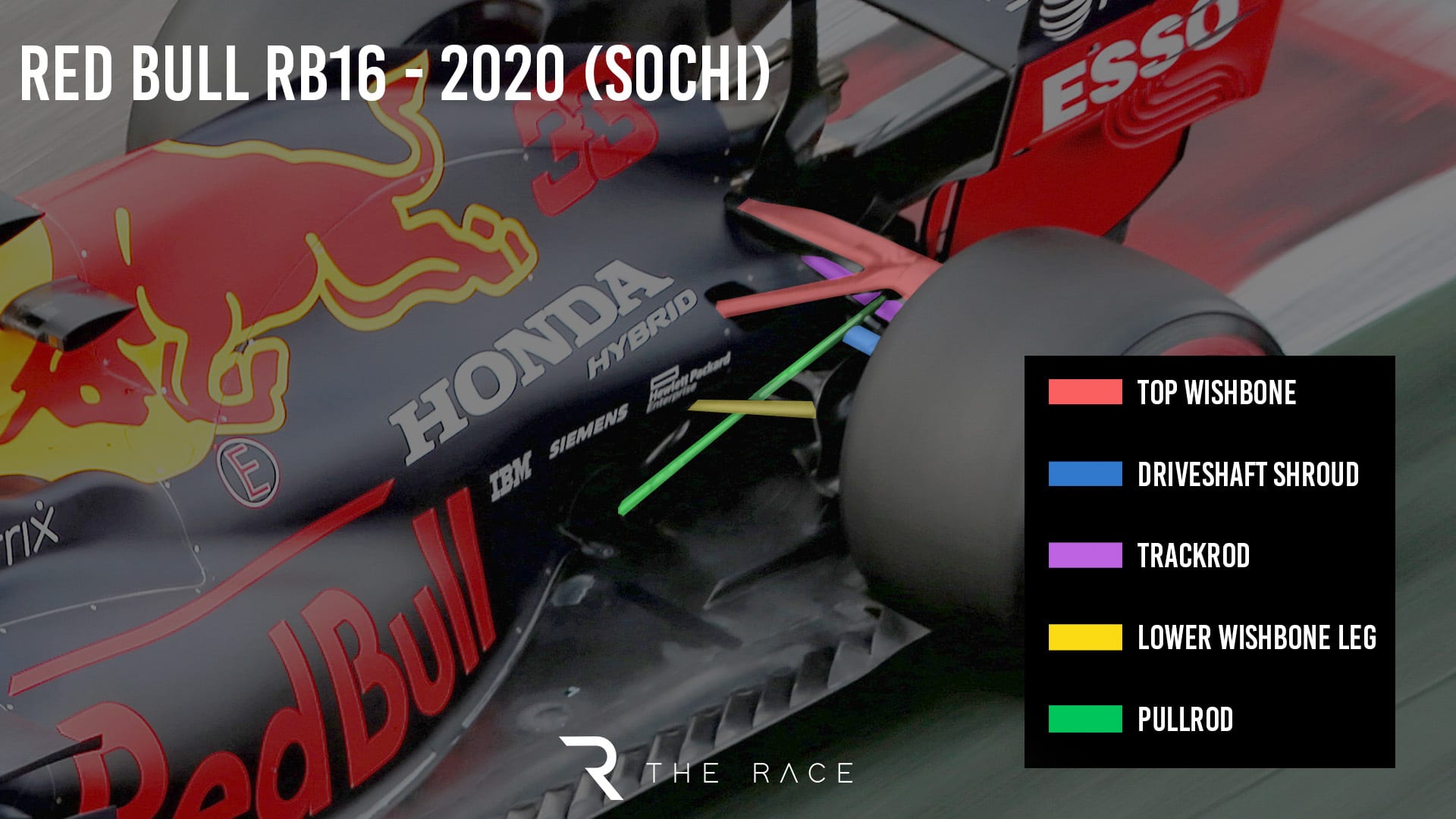 We don’t know at this stage if Red Bull has gone for a new gearbox case, which could be done at a cost of its two tokens, but the team has moved the forward leg of the lower wishbone to behind the suspension pullrod. 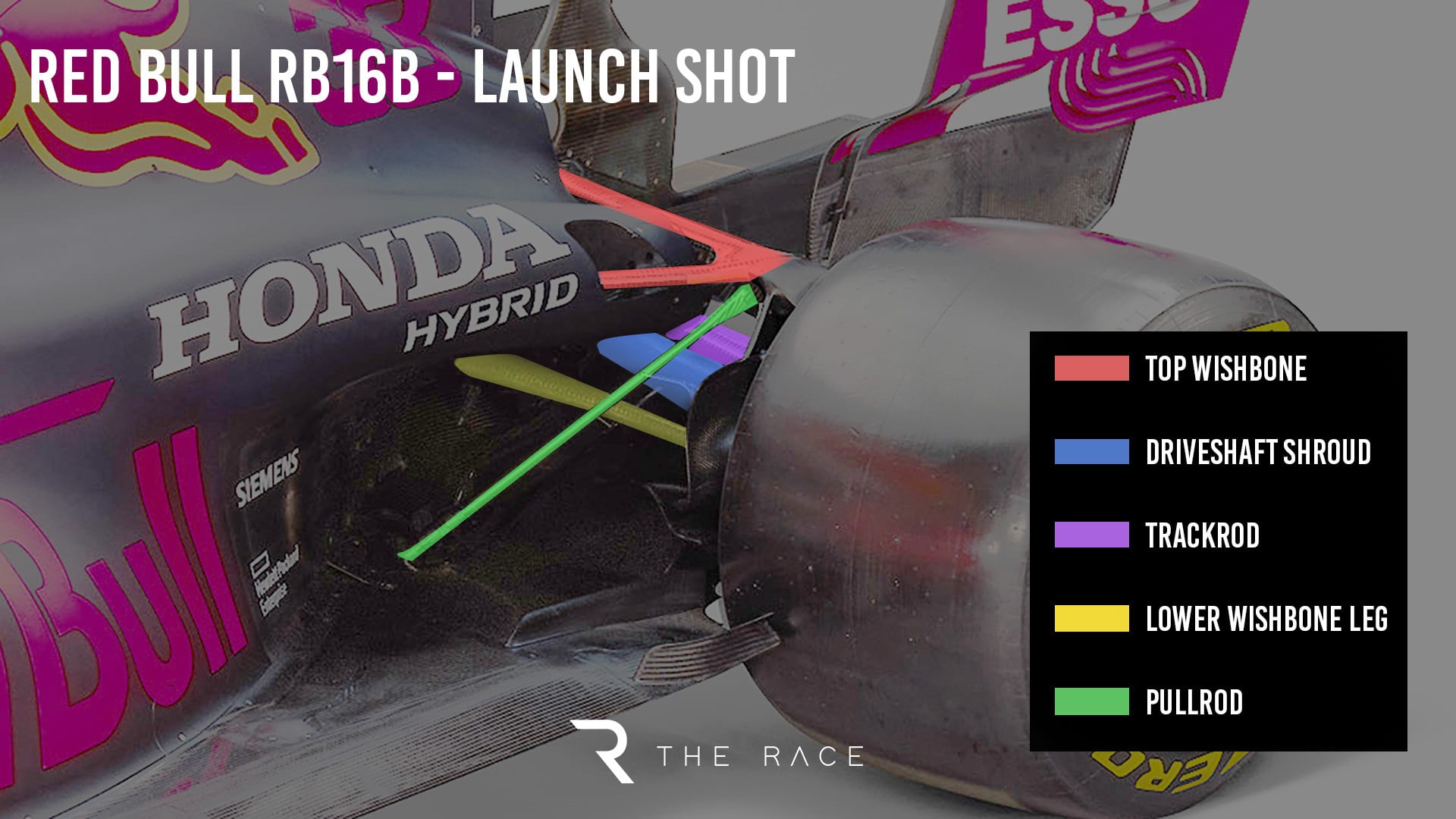 Perhaps it was able to attach this to an existing gearbox bulkhead area, but it is a very highly-loaded component. It is in tension under braking, compression under acceleration and a variety of cornering loads so whatever it’s fixed to needs to be stiff enough not to allow any movement.

These changes are all about aerodynamics and are based on achieving exactly the same as what we constantly talk about with the front end of the car – the need to remove as much blockage as possible to allow more mass flow through between the inside of the rear tyre and the Coke bottle body surface. 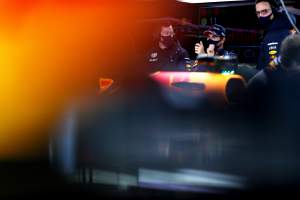 From the launch pictures, we can also see how simple the new floors are to comply with the new regulations. Give it time and I am pretty sure we will see some extra appendages appearing in various areas.

We will also learn more about the extent of the changes of the rear suspension, but without seeing more images or the car itself, it’s difficult to be certain just how far Red Bull has been able to go.