Red Bull continues to push on with the development of its RB16B to build on its strong start to the season, with modifications to the floor and diffuser tried out during Friday practice in Portugal.

Max Verstappen ran the upgrade package during FP1, with the parts also being added to team-mate Sergio Perez’s car for the second session. 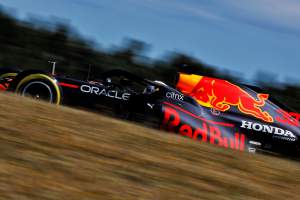 Getting the most out of the new aerodynamic regulations is still an ongoing challenge for teams. For years, it had been about sealing the gap from midway down the side of the floor to where the rear tyre rotates onto the ground.

That is still very important, but now teams have fewer tools available to achieve that. This means they are concentrating on making the front corner of the floor work harder, which in turn reduces the mass flow under the rear of the floor and therefore will improve the performance of the diffuser.

It’s the sum of the total that creates the overall aerodynamic load on the car, so as long as you can get the overall balance a driver wants, it doesn’t really matter where it comes from.

If it’s all working as planned and correlates with your windtunnel predictions, then you just simply exploit everything that little bit more. That’s exactly what Red Bull has done. 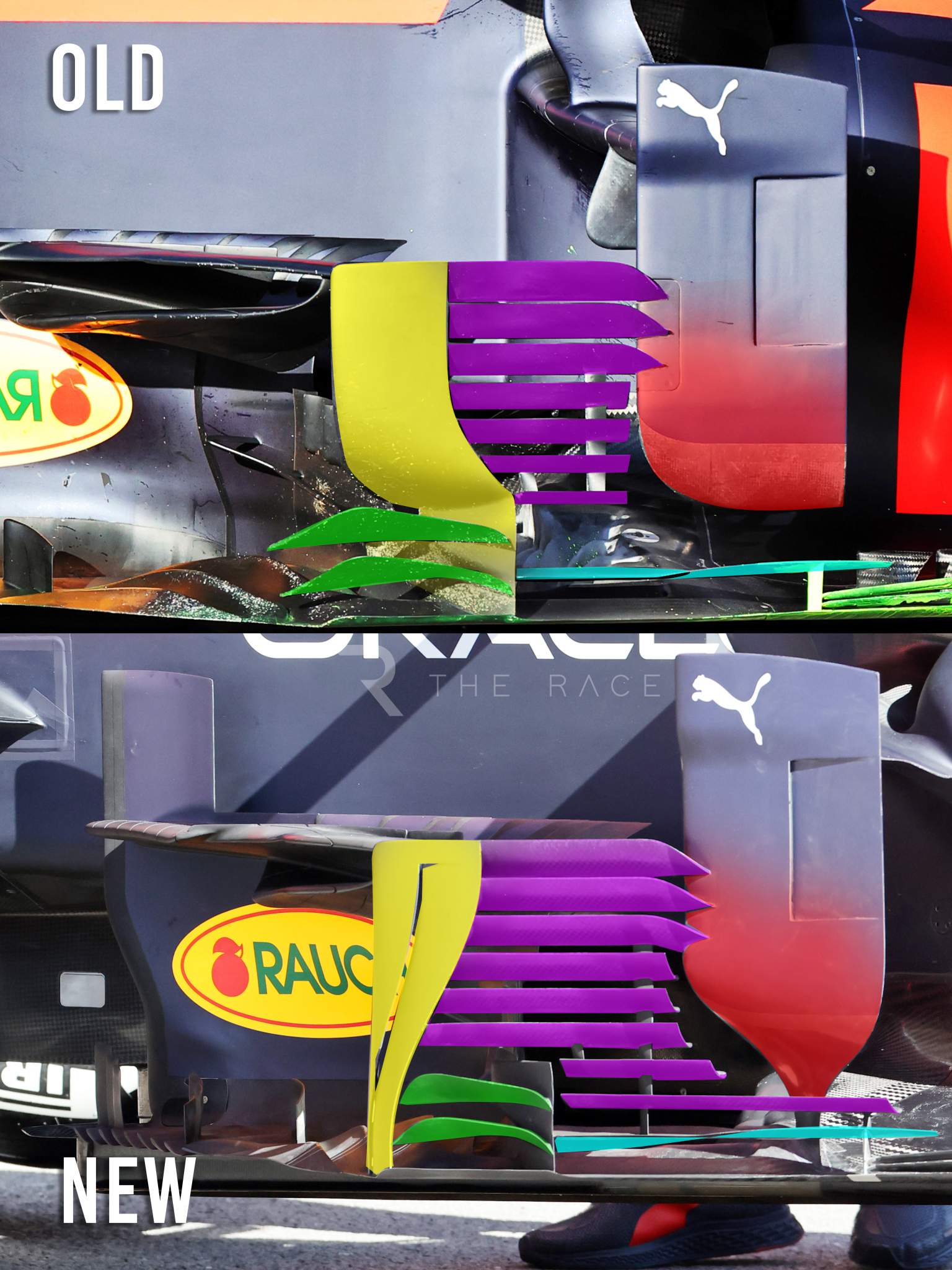 With these developments, Red Bull is working the front corner of the floor harder and earlier. That turning vane in the bargeboard (yellow, above) with an elongated slot gap is generating the turning moment on the airflow earlier, allowing the horizontal vanes (purple, above) to again put more of an upward turning moment into the flow coming through the undercut side-pod area. 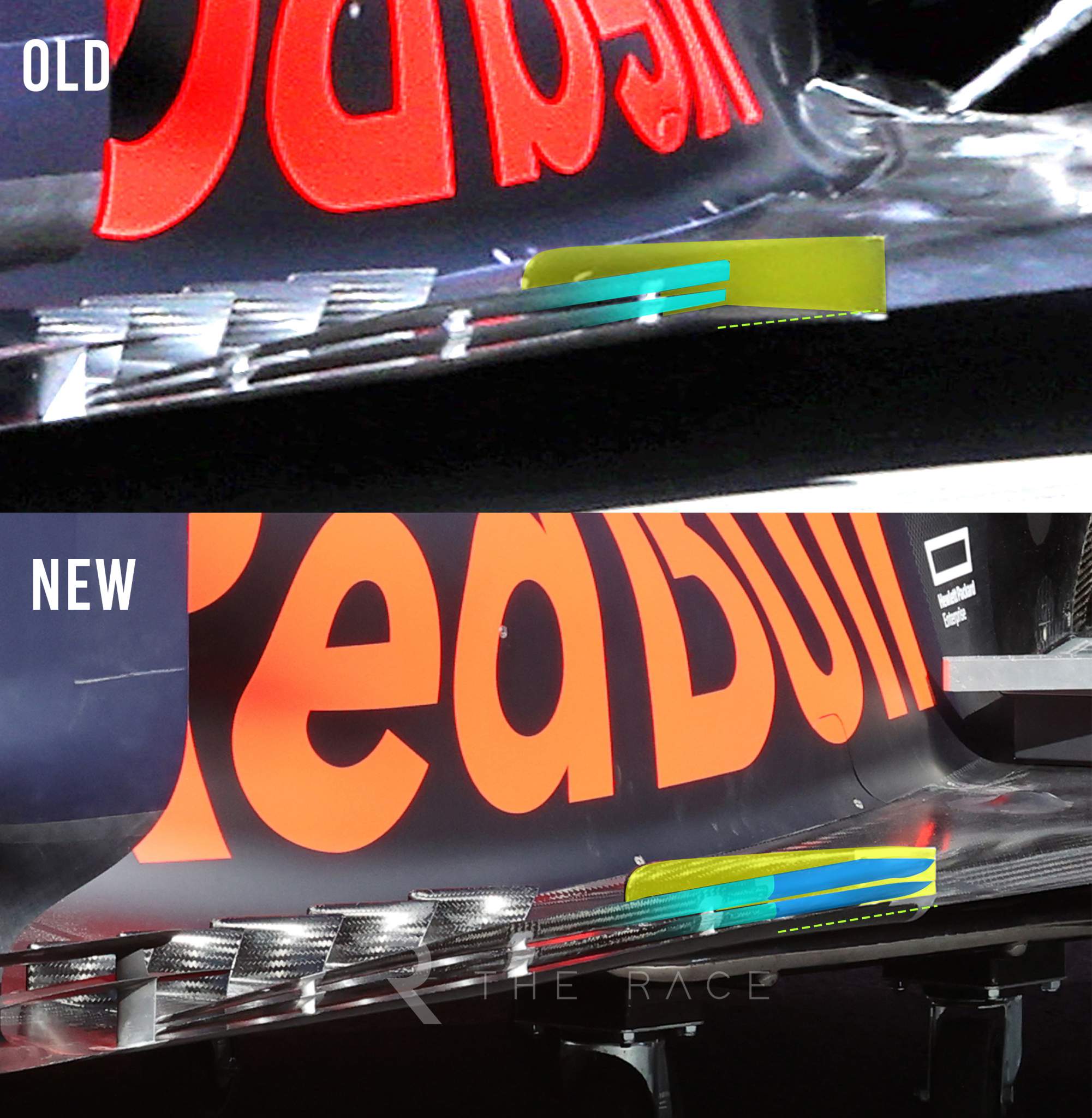 All this means that it is able to scavenge more of the airflow from underneath that front corner of the floor, pictured above. These twin horizontal vanes on the floor act like a slotted flap wing by using the flow off the top of the floor to feed those slots. This will allow it to run at a more aggressive angle and still have good flow attachment.

As a package, all of these changes make sense and will help the overall underfloor performance. They are simply about optimisation of the original concept and nothing revolutionary.

If it all works as it should, you might be looking at a tenth of a second gain, but that’s the detail you have to exploit to keep moving forward. 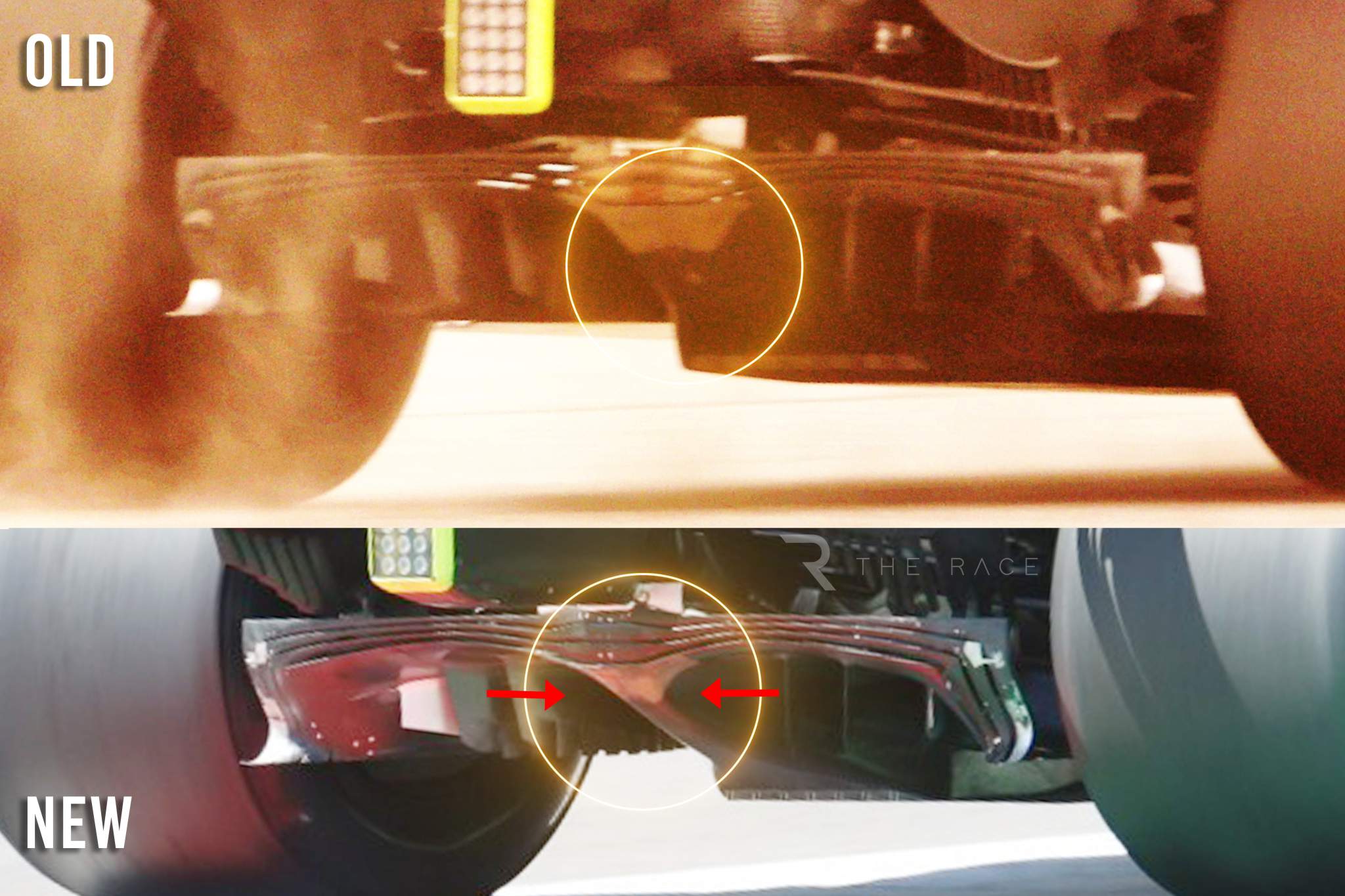 Looking at the back of the car, with its high-rake concept Red Bull has also been able to start looking at working the diffuser that little harder. To achieve this, it has narrowed the central keel section (new, above) which sweeps inwards from the width of the floor’s reference plane section.

The reference plane has a minimum and maximum width of 30-50cm and it’s just where this transition starts to sweep inwards that the diffuser can suffer from airflow separation problems. 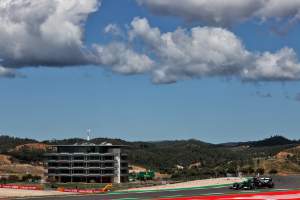 Algarve FP2: Everything you need to know
Read more

With this narrower keel, it has enabled Red Bull to put a more gentle blend radius on the intersection of the inner wall to the upper surface. This again will reduce the risk of airflow separation in this critical area.

It’s very difficult to see from the images we have so far, but the outboard corner has also changed slightly. It appears to be less vertical on the upper outer trailing edge.

This change in position and curvature is important to how the flow being pulled outwards by the low pressure area behind the rear tyres stays attached all the way up the vertical trailing side of the diffuser.

Getting the low pressure area behind the rear tyre to connect up with the diffuser’s undersurface basically increases the diffuser exit area.

Red Bull has also moved the small support bracket on the upper corner. Again, this probably opens up the flow through that slot gap and positions it in a slightly less critical position.