Red Bull must raise its game – and Verstappen knows it

Churlish as it may seem to pick holes in Red Bull’s Formula 1 title challenge after a one-two finish, the team and its world champion Max Verstappen know that standards still need to be raised.

But the result and the swing in Verstappen’s favour does not hide the fact Red Bull still has significant problems of its own.

Before Leclerc’s failure in Spain, the race was going away from Red Bull. Verstappen was second behind Leclerc and went off through the gravel after getting caught out by a gust of wind at Turn 4. Then a DRS problem sparked obvious and sustained frustration, 24 hours after the same component ruined his final run in qualifying. 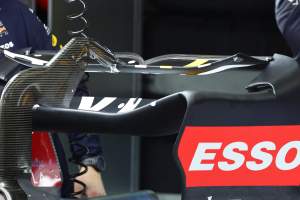 While Verstappen felt he’d have still lost pole to Leclerc anyway he was lucky it didn’t cost him any more places on the grid. Red Bull changed the DRS actuator overnight but still had a problem on Sunday.

Verstappen could not get the DRS to open immediately, which was costing him time especially when he was trying to overtake George Russell’s Mercedes.

His frustration boiled over several times on the team radio, unsurprising as the problem remained for the entire grand prix. 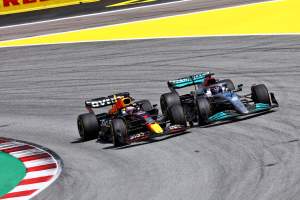 The effing and blinding was an extremely emotional response to the situation but one comment stood out: “We can’t even make a f***ing DRS work man, unbelievable!”

This follows Verstappen’s declaration in Miami that its weekends are too “hit and miss” and the knowledge that this is not sustainable over a season if he wants to win the championship.

“As a team, we are quite flexible, we adapt quickly if we have issues, and try to work around it, even during the race,” Verstappen said afterwards.

“We didn’t retire, other teams did. It completely swings the championship around again.

“We have to be really consistent and try to not make too many mistakes.

“You’re not a robot, mistakes will happen, but we have to try to minimise them.” 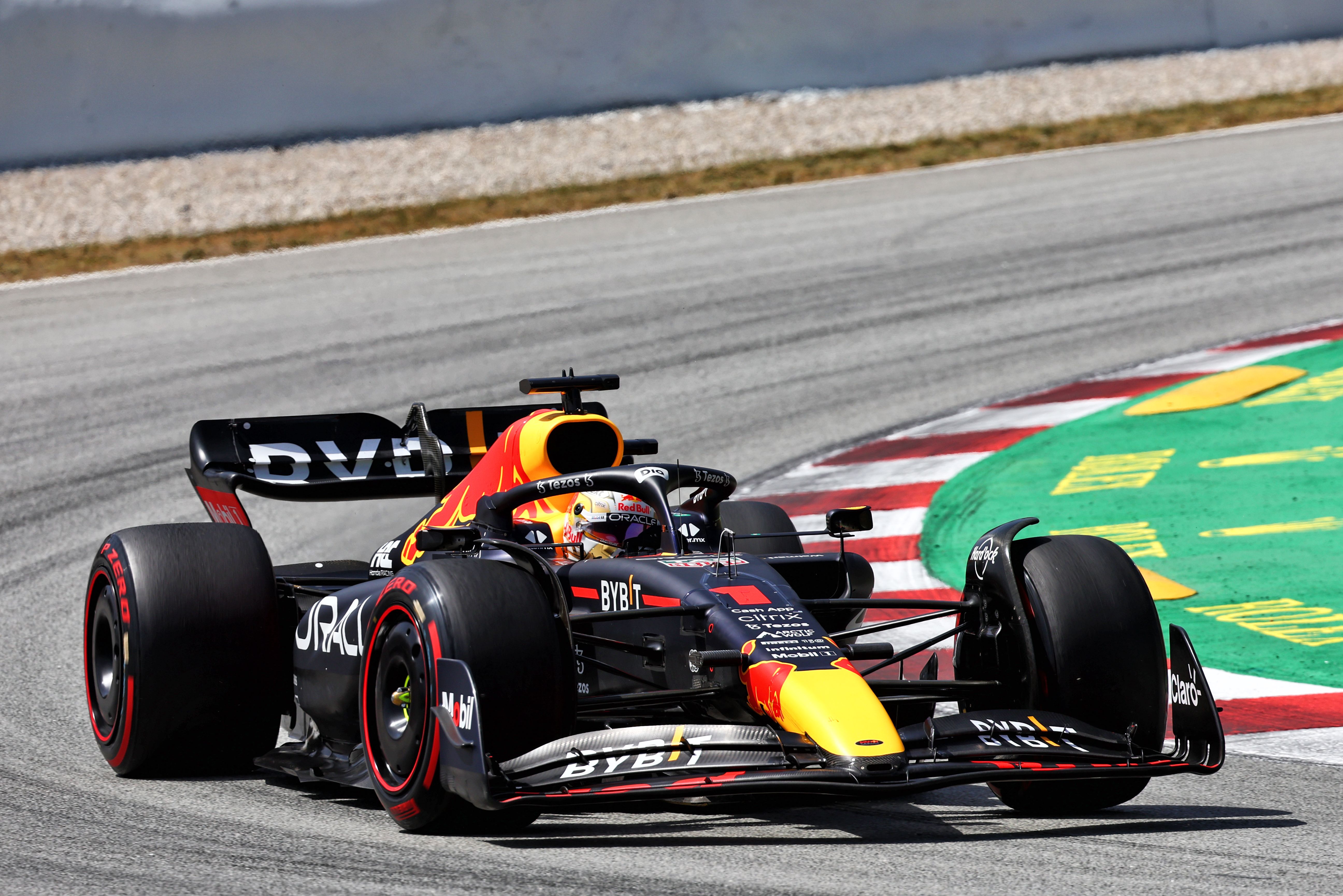 So far, Red Bull is failing to do that. It got lucky that its problems in Spain didn’t compromise Verstappen’s results and even luckier that Ferrari’s failings, on the day, were much grander.

While Verstappen was unsurprisingly more diplomatic after victory, it could easily have been a very different story. 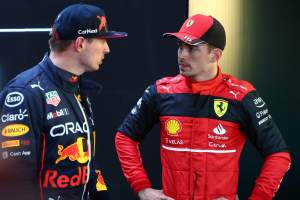 Let’s not forget that had Ferrari not handed this one back to Red Bull on a plate, Verstappen would likely have come home a distant and frustrated second, having lost ground in the title race and watched his recent championship momentum shudder to a halt.

If Ferrari had been able to capitalise on a scruffy Spanish GP from Red Bull, then Verstappen would not have excused his team’s shortcomings so easily.

Errors can create big swings in the championship. The potential for that was something Red Bull team boss Christian Horner referenced multiple times after the race in Spain.

He described the races that Verstappen has won this season as “on the absolute limit”, with Spain eventually being the exception. When that is the case, mistakes will be punished. Red Bull was on the right side of fate at Barcelona but relying on that too often will not be a winning strategy. 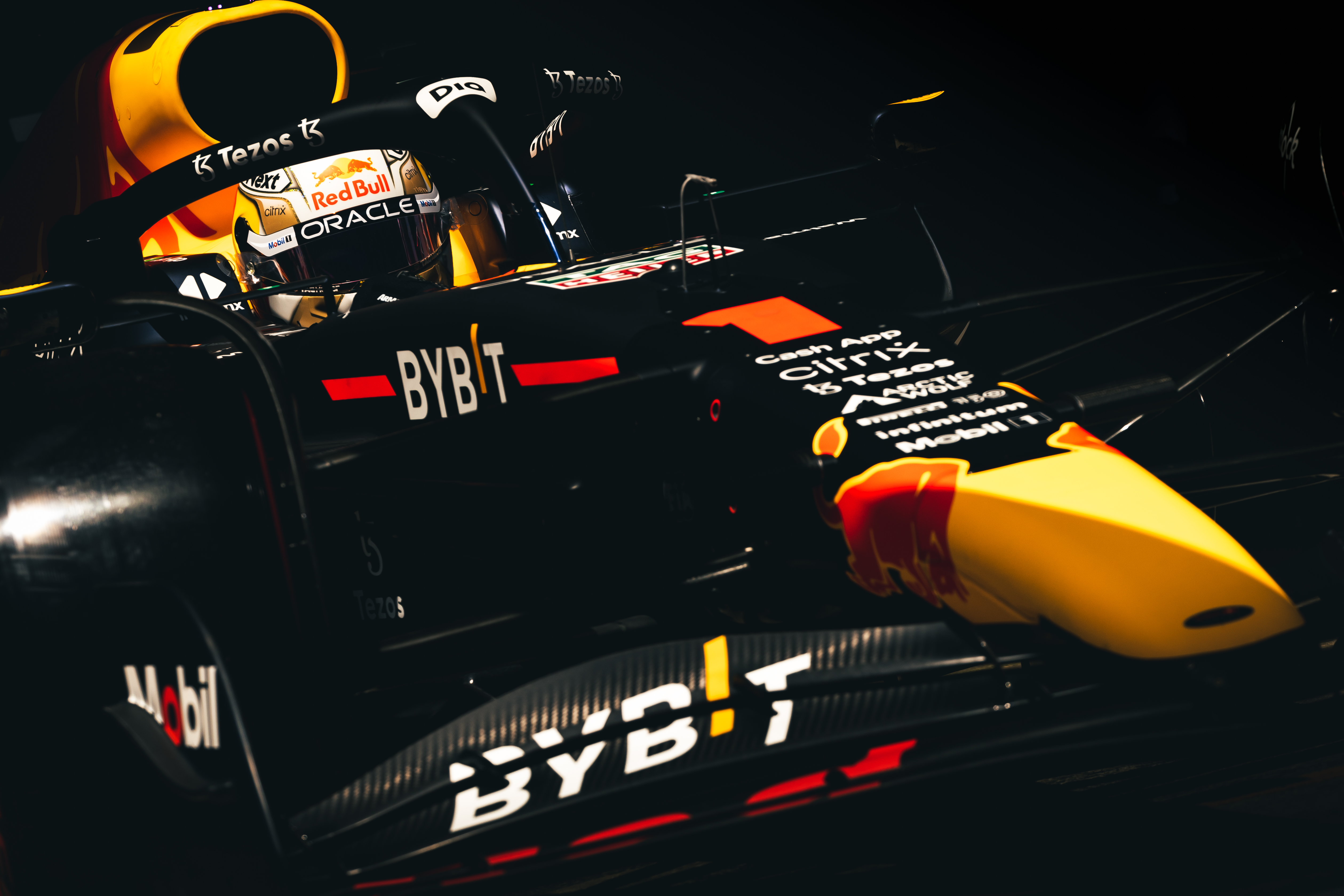 “It shows how quickly things can swing,” Horner said of Red Bull and Verstappen suddenly leading the points.

“After Australia, we came home 40 points behind and we lead by six going into Monaco a couple of races later.

“It just shows in Formula 1 how quickly things can swing and change. That’s why I wouldn’t write off Mercedes with the amount of points that are still available. And we know Ferrari’s got a very quick car so things can turn around very quickly.”

The Mercedes remark could prove to be a prescient comment from Horner because the world champion team showed in Spain it is finally getting closer to the front.

If Mercedes is on the trajectory it believes it is on, then it will soon be ready to punish any sloppiness – of which there is still too much on Red Bull’s side.