Red Bull announced on Friday it had finally concluded that Albon should be demoted to a reserve role after a disappointing first full season at its top team, with outgoing Racing Point driver and Sakhir Grand Prix winner Perez replacing him.

There were multiple occasions through the year – with the Styrian and Emilia Romagna GPs particularly clear examples – when Mercedes having both Hamilton and Valtteri Bottas up front allowed it to split its strategy and ensure Verstappen was defeated.

With Albon running further back in those races, Red Bull couldn’t deploy any similar tactics.

Hamilton said he was very aware of that, and appeared to compare it to his first title bid with McLaren in 2008 when he had Heikki Kovalainen as a team-mate up against Felipe Massa and Kimi Raikkonen at Ferrari.

“With respect to Alex in the races that we’ve had it’s been me and Valtteri against Max,” said Hamilton ahead of the FIA prizegiving ceremony for the 2020 world championships.

“I’ve been in the position that Max was in once, particularly when I was at McLaren (pictured) where I was the lead car, and the second car wasn’t in the fight so when we’re fighting Ferrari, they could move around with the strategy and make it a lot harder for us. 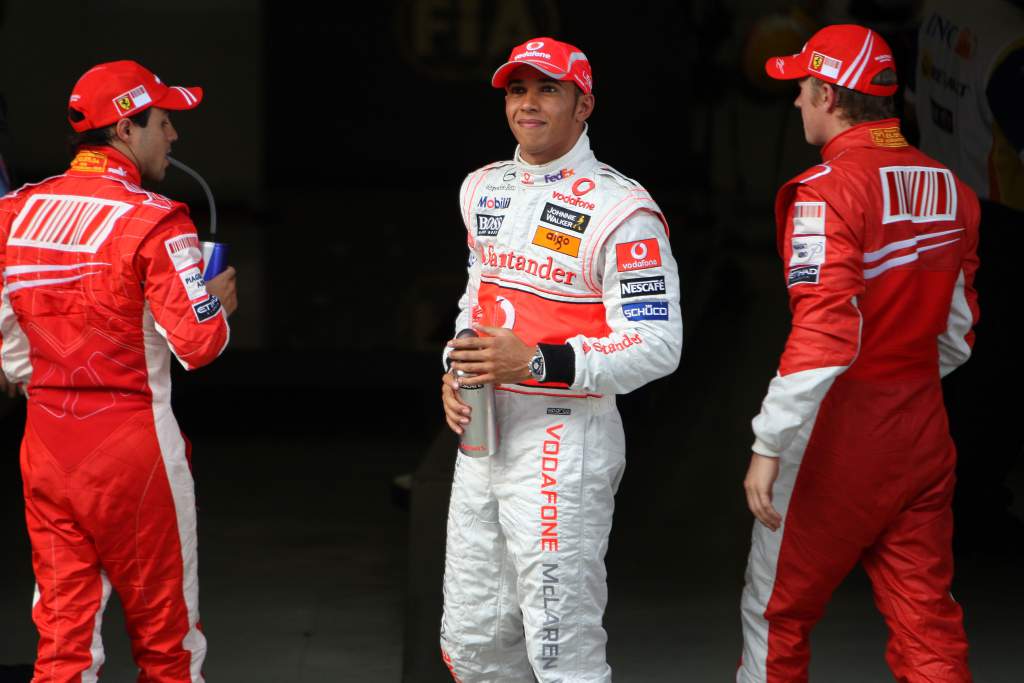 “So I think naturally this makes Red Bull stronger – particularly the way Sergio is performing.”

The season-closing Abu Dhabi GP last weekend was one of the few times Albon was able to interfere with Mercedes’ strategy, as he stayed close enough to Bottas and Hamilton to prevent either gambling on an additional tyre stop as Verstappen escaped to victory.

Verstappen had mostly refrained from commenting on Albon’s competitiveness during the season, but backed the team’s driver decision today and said he definitely expected Perez’s arrival to ensure Red Bull gave Mercedes more headaches in 2021.

“I don’t think it’s going to change anything to my performance but it’s more that we have a second car which is capable of being up there as well the whole race and trying to put a bit of pressure on,” said Verstappen.

“For example, like in Abu Dhabi I think at the end Alex was quite close, and it just prevents Mercedes trying to go for an extra stop or whatever and then I’m in more difficulties.

“Most of the time when we were quite competitive this year I was the only car trying to beat them and trying to do something different but they can always do the right strategy with one of them because they will always cover me with one car.

“So it was always a bit difficult to fight them.

“And I just hope that Checo [Perez] will push the whole team forward. But it will always keep me on my toes, which is always nice – to have a team-mate pushing you.

“It’s exciting. And hopefully we can have a bit more of a competitive car from the start, make it just a bit more interesting and difficult for them [Mercedes] to make decisions.”

Asked if he had offered Red Bull any input on the choice of Perez over Albon, Verstappen replied: “Of course we spoke about it and I just give my honest opinion.

“And I think it was quite clear that during the whole year it was sometimes quite tricky for Alex.

“He is a great guy honestly and I’m happy that he’s part of the team still.”

Perez finished 2020 a career-best fourth in the drivers’ championship, despite missing two races due to contracting COVID-19, and came through the field from last place to take his maiden win in the Sakhir GP.

“He had a great season, and he did a really good job with the car he had,” said Verstappen. 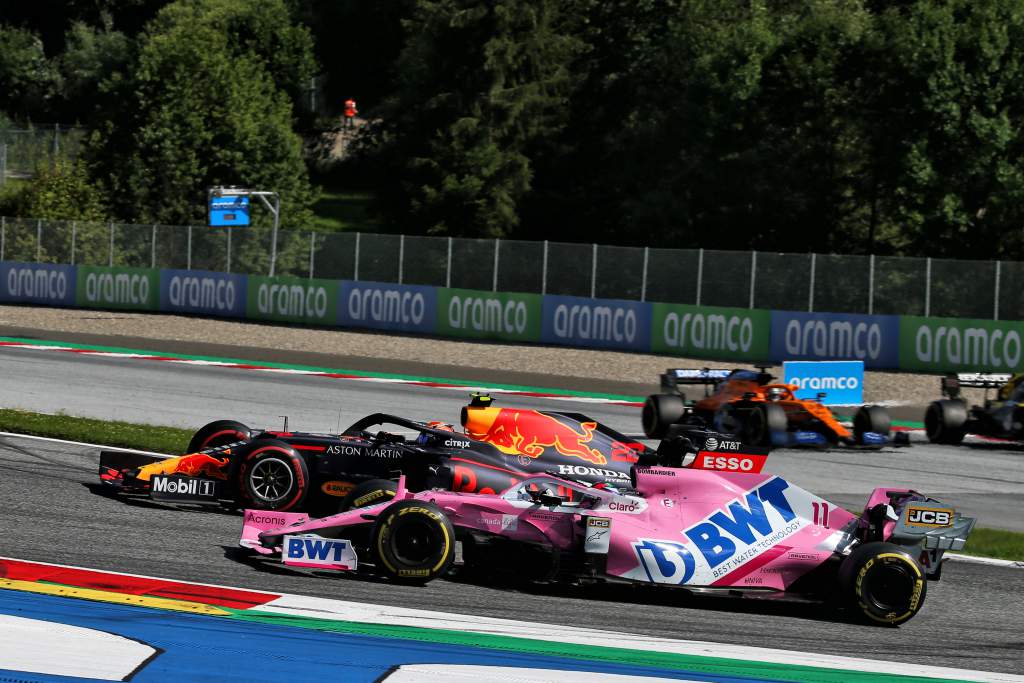 “He brings a bit more experience to the team. So I’m excited to work together, he’s a nice guy, so I’m sure we’ll get along very well and I hope with the two cars we can make it a bit more difficult for Mercedes next year.”

Had he not secured the Red Bull drive, Perez was set for a year on the sidelines.

He was released by Racing Point as it chose Sebastian Vettel and Lance Stroll as the line-up for its first year as Aston Martin, and the other vacancies on the grid were quickly filled.

Perez intimated that he had options for 2022 already, though, had he not raced in 2021.

“Sergio has driven incredibly well this year, and truly deserved a drive so I was so, so, so happy to hear that he’s been taken on by one of the top teams and given this opportunity,” Hamilton added.

“It’s going to be an exciting battle to watch him up against Max, and that’s going to make it much harder for us as a team.

“So we’re going to have to really step up our game, too, because that’s going to be a battle we’ve not seen for some time in terms of having the two drivers there fighting against you.

“But we relish that as a team, that’s what we work towards. We love the challenge, and it’s going to make it that much more exciting.”

26 mins ago Motorcycle racing No Comments

42 mins ago IndyCar No Comments