Kimi Raikkonen has lost his ninth place in the Emilia Romagna Grand Prix after receiving a 30-second penalty, handing Fernando Alonso the first point of his Formula 1 comeback.

Raikkonen was due to take the safety car restart in eighth position but spun exiting the first chicane on the final lap under yellow and lost two places.

Alfa Romeo initially told him to reclaim his position. This is allowed prior to the first safety car line, which is at the pitlane entry. 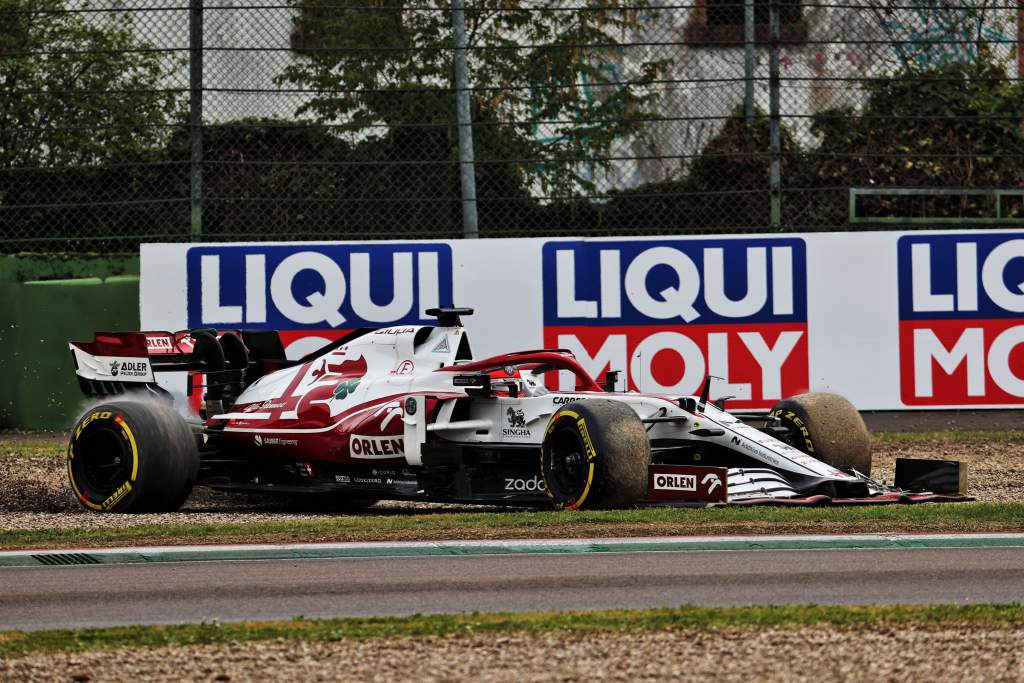 As he only caught the safety car queue three corners after the lights had been turned off, Alfa Romeo believed he was not able to reclaim his position.

Raikkonen was told to hold position in 10th while the team radioed race director Michael Masi but the stewards said there was no response before the restart. 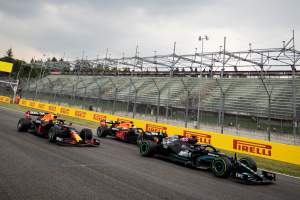 If a driver does not reclaim their original position in this circumstance they have to return to the pitlane rather than continue in their new position, and can only rejoin when every other driver has passed the pitlane exit.

The stewards admitted there is a further contradiction in the rules that drivers cannot overtake at all during a safety car period but have a window to do so when behind the safety car for a restart.

But they said the rule requiring a car to enter the pits if it fails to regain its position is “consistent among several championships”, has been in the F1 sporting regulations “for several years” and has been “consistently applied”.

Raikkonen has been penalised with a harsh time penalty in lieu of a stop-go penalty that would have been mandatory had the incident been dealt with during the grand prix.

It drops him to 13th, costing him and Alfa Romeo their first points of the season, with Alpine’s Esteban Ocon taking ninth and Alonso promoted to 10th. 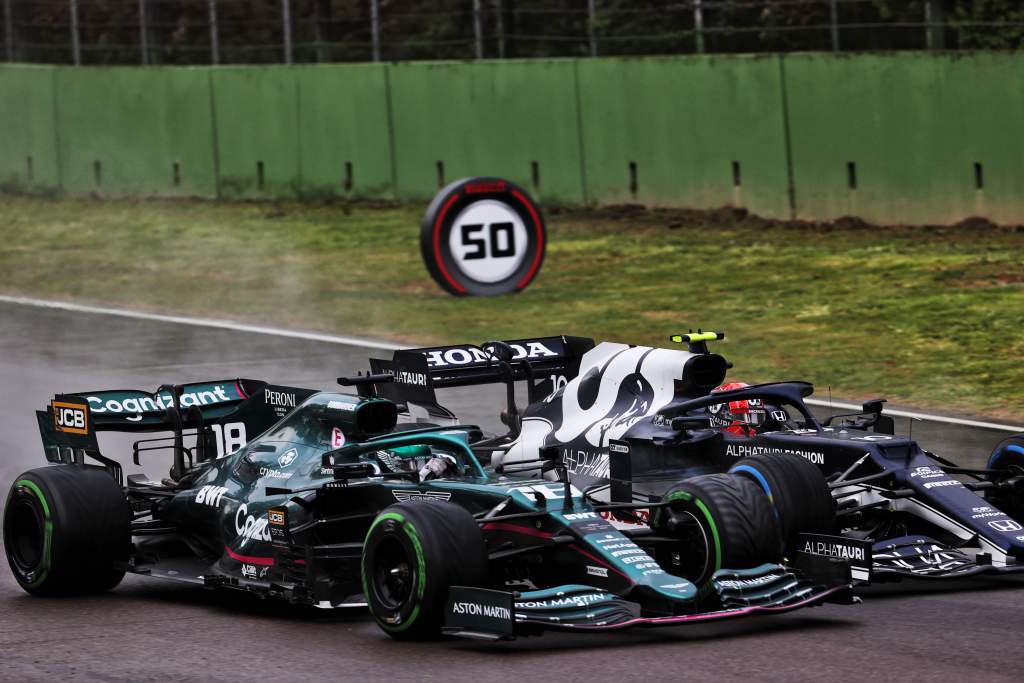 Another change in the top 10 following various stewards’ decisions was Lance Stroll dropping to eighth, behind Pierre Gasly.

Aston Martin driver Stroll was hit with a five-second penalty for passing Gasly’s AlphaTauri off-track during the race.

The stewards noted Stroll was ahead when he went off-track but only because of a move he couldn’t complete on it due to the wet conditions.