Racing Point has hit back vehemently at suggestions its move towards Mercedes’ Formula 1 design concept is ‘ironic’ given its previous criticism of the Haas/Ferrari relationship.

Team principal Otmar Szafnauer insists Racing Point’s approach to following the Mercedes aerodynamic direction is different to Haas’s partnership with Ferrari, which his team has previously questioned the legitimacy of.

Racing Point has historically been critical of Haas’s technical partnership with Ferrari, suspecting it goes beyond what the rules are intended to allow.

“We copied the Red Bull in the past too, we just copy it within the rules” :: Otmar Szafnauer

Szafnauer accused Haas of “hypocrisy” when it unsuccessfully protested Racing Point in November 2018 on the basis that it wasn’t a constructor thanks to the rebirth of the Force India operation as a new entity following its rescue by a Lawrence Stroll-led consortium.

But despite admitting Racing Point has copied the Mercedes aerodynamic concept, Szafnauer insists this is not the same as Haas’s approach.

“I don’t think it’s ironic,” he said when asked if Racing Point’s so-called ‘Pink Mercedes’ concept was ironic given past criticism of Haas.

“We copied the Red Bull in the past too, we just copy it within the rules. 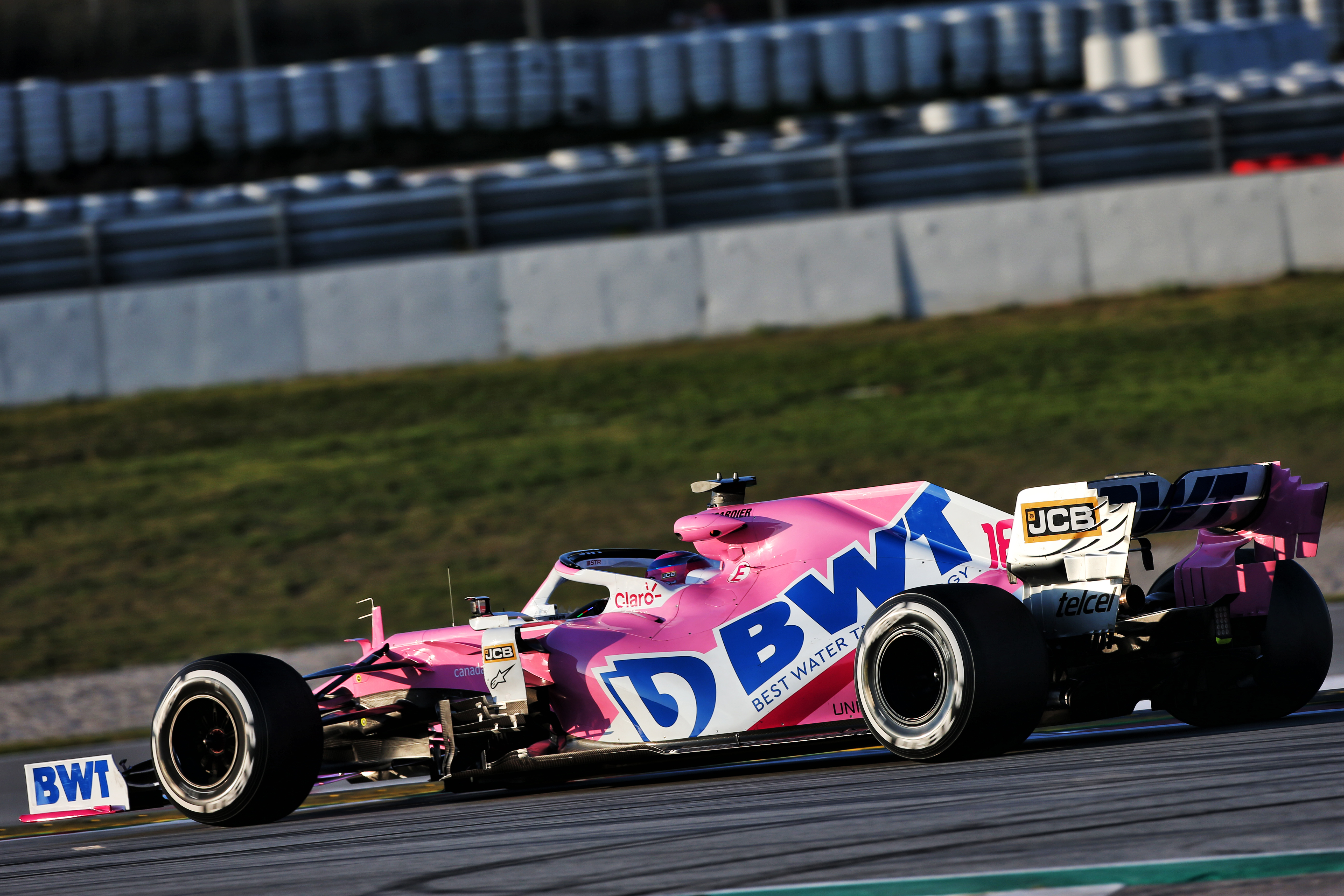 “We see what they’re doing, we take pictures, we try and understand it, we run it in the windtunnel and we do it ourselves – I think it’s different.

“We’re adding people, we’re soon going to be at 500 and the people that we’re adding are all about design, development, manufacturing so we can develop our own.

“Although everyone says we copied the Mercedes, it is our own design, our own development, our own windtunnel model, our own concept.

“We looked to see what was fast and thought if that’s fast maybe we can do the same.

“It’s no different to what we did with the Red Bull when we ran the high-rake concept.

“It’s a little bit different than what they [Haas] do down the road.”

While the Haas team would argue the approach is the same as Racing Point’s, Szafnuer believes that the level of development his team puts into its cars is the key difference.

Although Racing Point does take significant parts from Mercedes, including the rear end, Szafanuer insists its design capability is at a different level to that of Haas. 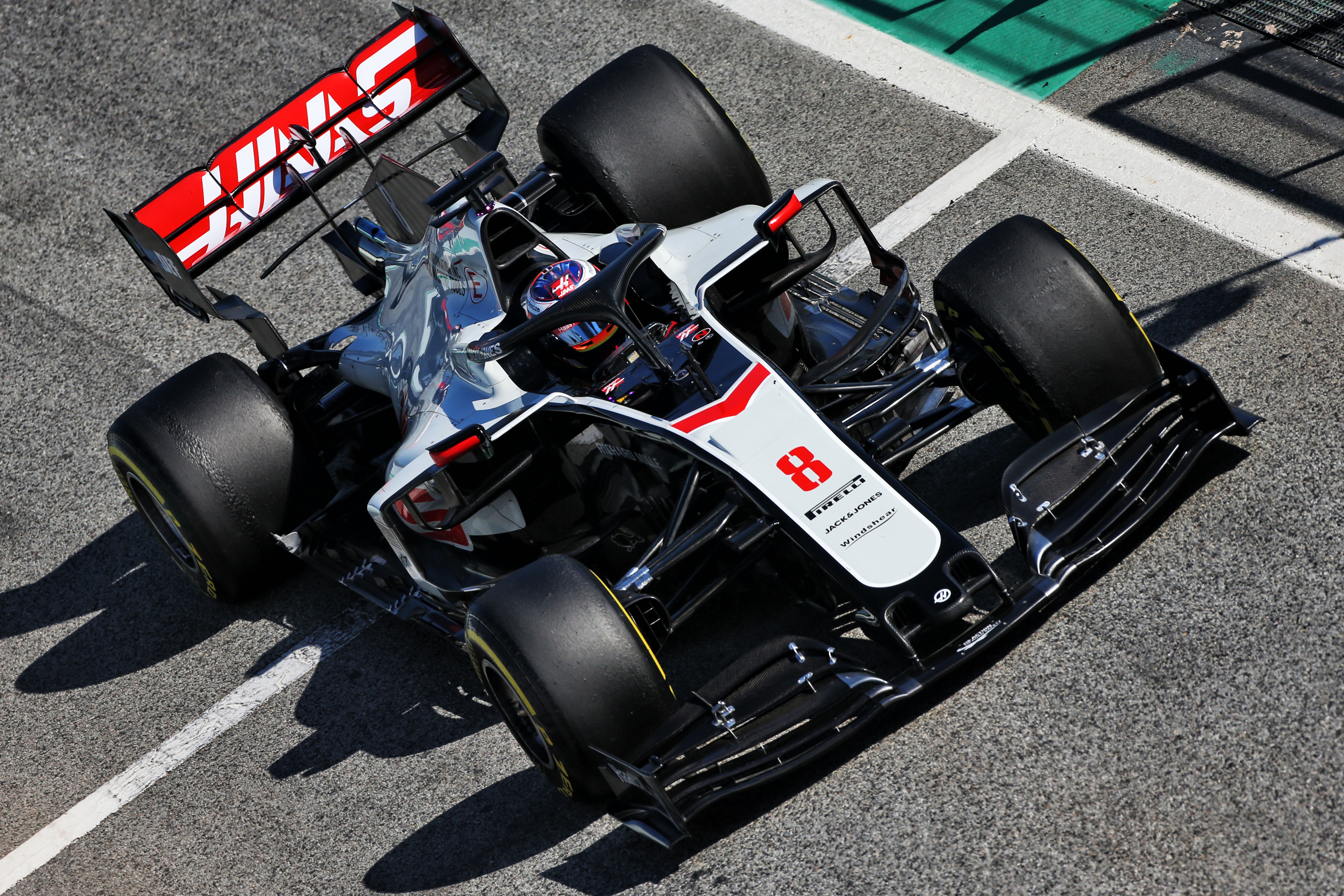 While Haas takes 2020 components from Ferrari, Racing Point only takes the latest-specification Mercedes engine and uses year-old components in the RP20 – although both teams must design their own aerodynamics, among other ‘listed parts’ to qualify as a constructor.

“You can’t have a couple of hundred people and design and develop your own car, it just doesn’t work that way,” said Szafnauer when asked by The Race about the fact Haas would claim the models are the same.

“It’s about design and development; it’s the size of your model design and making capability for a windtunnel.

“The thing about that really upset us and still upsets us about what goes on is the transfer of information that can and does happen between the big team and the small team” :: Andrew Green

“So where are they getting it from?

Technical director Andrew Green suggested Racing Point is still not satisfied by the way rules that prevent information transfer between teams, particularly of aerodynamics, have been policed.

“The thing about that really upset us and still upsets us about what goes on is the transfer of information that can and does happen between the big team and the small team – it’s circumventing the regulation,” said Green.

“We’ve had these conversations with the FIA many times and it was brought to a head in Abu Dhabi a couple of years ago, with people rotating from one team to another, from the big team to the small team back to the big team again.

“That’s the bit that upsets us and the bit we would never contemplate.

What we don’t like is when people try to circumvent the regulation.

“We all know what was happening.

“Whether it’s still happening or not, who knows, because we don’t get a straight answer.”

44 mins ago IndyCar No Comments