Perez’s robust defence against Pierre Gasly in the closing stages of the Algarve race earned him his second reprimand of the season, as the stewards felt it was close to the limit of what’s acceptable and that Perez had “not sufficiently accounted for the speed differential” between the cars.

The Mexican’s first reprimand of the season had come a day earlier and again involved Gasly, as he was found to have impeded the Frenchman in qualifying, albeit with mitigating circumstances.

A third reprimand for Perez between now and the end of the season would mean an automatic 10-place grid penalty.

Szafnauer said he would bring it up during Monday’s virtual meeting of the F1 Commission, which features the teams, the governing body FIA and the commercial rights holder Liberty Media.

“They didn’t touch. Sergio moved first before Gasly did,” Szafnauer said, with the stewards’ verdict having acknowledged that Perez’s move wasn’t in reaction.

“Sergio is allowed to make that move in defence, you can’t move twice but you’re allowed to move once. Gasly got out of the throttle and there was no contact, so why the reprimand?

“On lap one, Sergio is hit by [Max] Verstappen, who comes back onto the track after being off track, comes back on acutely in order to get his car in a position so he can have grip again and runs into Sergio, and they [the stewards] do nothing.

“If we start reprimanding drivers and punishing them for racing hard but safely, where is that going to take our sport?

“I am bringing this up on Monday because it’s a big issue. To me, when I saw that I thought that’s good hard racing.” 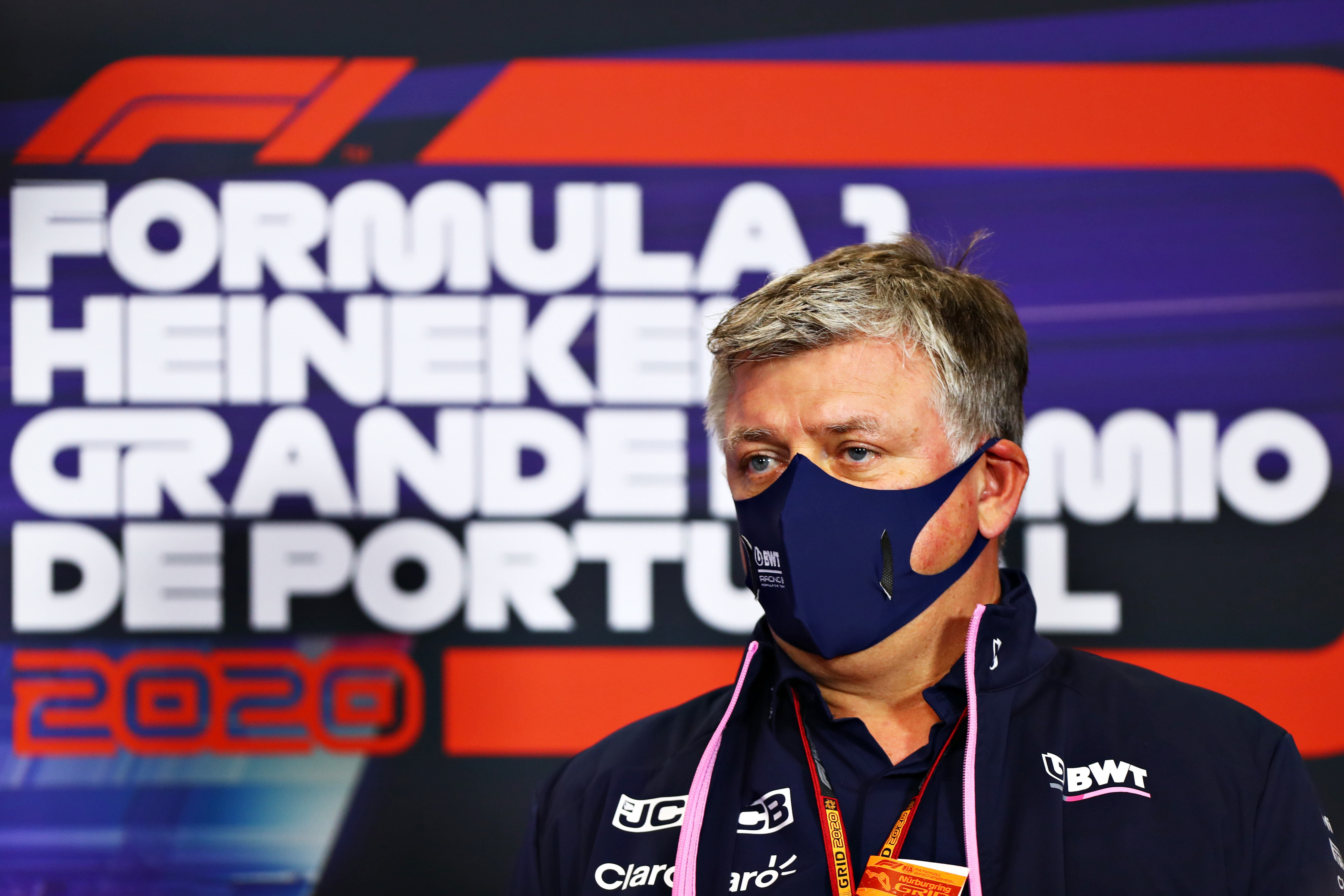 Asked about the reprimand being a relatively light sanction, Szafnauer said: “Sergio in his whole career has never been reprimanded ever.

“He’s got two this weekend, one of which was in qualifying where he made a mistake in one of the sectors, didn’t realise Gasly was on a fast lap behind him then got out of the way but not quickly enough – reprimand. Well, Gasly got through Q2 into Q3, it didn’t cause him any harm – reprimand.

“You saw the other incident – reprimand. So for the rest of the season, he [Perez] has got to drive like a saint, he’s not going to be able to fight hard because there is a risk of a reprimand and then you get a 10-plce grid penalty.

“So I think it’s quite harsh. You may not think that reprimand was harsh, but it is.”

Szafnauer indicated that he wasn’t entirely satisfied with Verstappen escaping sanction for the early-race run-in with Perez, as he made reference to it being “two times in a row” that a Racing Point car was spun around and the culprit was not penalised – referring to Charles Leclerc’s collision with Lance Stroll at Sochi.

As for Stroll’s Portuguese GP crash with Lando Norris, which left the McLaren driver incensed and yielded a five-second penalty for Stroll, Szafnauer felt it was a racing incident.

“I think the decision was a bit harsh, to give him a penalty,” Szafnauer said. “Lance was a bit ahead of Lando when he turned in, Lando put himself in the middle of the track, Lance was a bit quicker.

“I don’t know if Lance could have, without turning in, made the corner or got around there, so to me a bit of racing incident.” 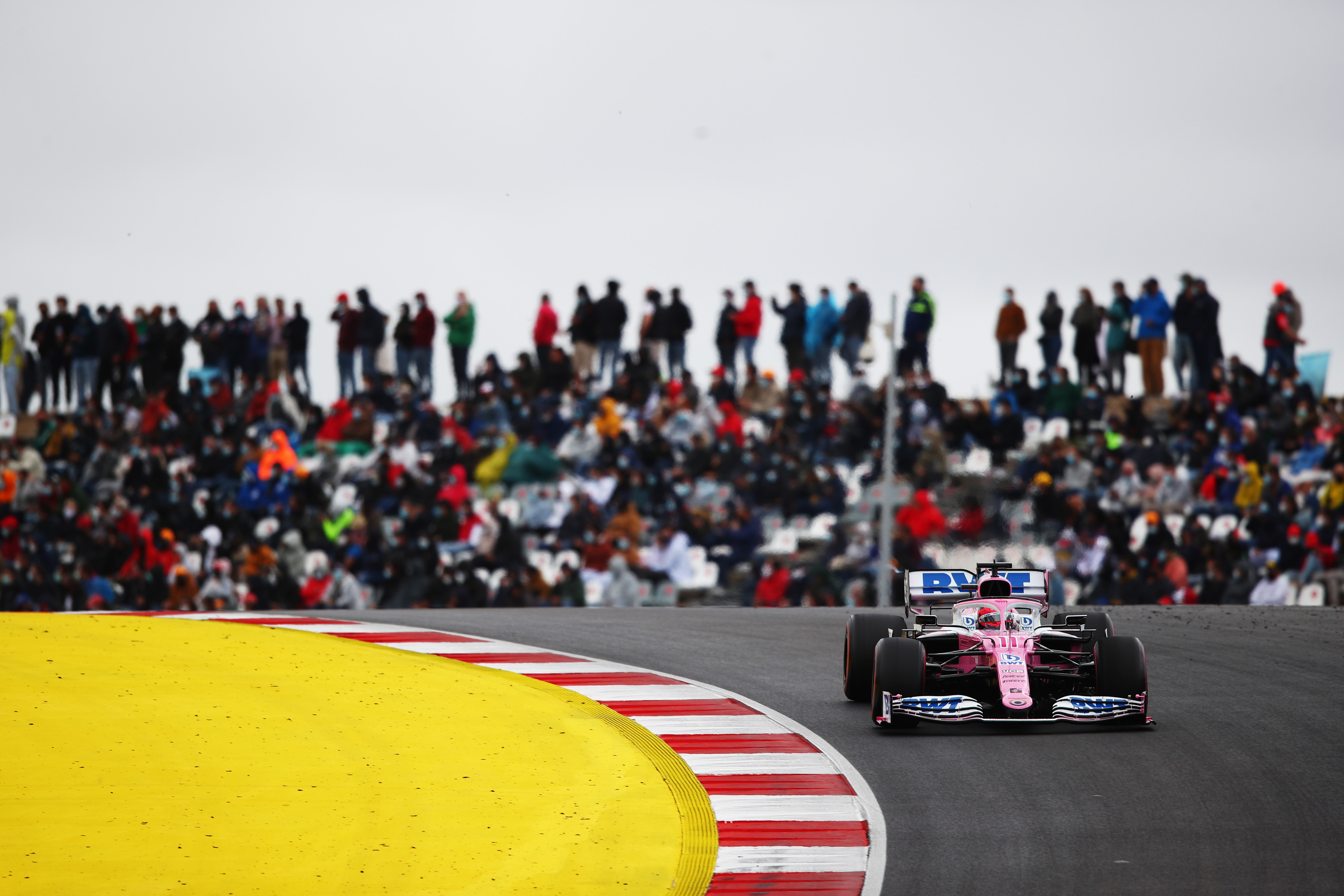