Racing Point has revealed its 2020 Formula 1 livery and announced a switch of title sponsor to BWT following the loss of last year’s partner Sportpesa.

The team will continue with a pink colour scheme, as used since BWT joined Racing Point’s predecessor Force India as a sponsor in 2017.

At a launch event in Austria on Monday, two days before pre-season testing, Racing Point unveiled the 2020 version of its livery on a 2019 show car.

The team will be formally entered as BWT Racing Point, the first time the Austrian company has had title sponsor status despite influencing the team’s colours for four seasons.

BWT’s shift to title sponsorship and a huge logo presence on the car coincides with the disappearance of Sportpesa, the gambling company that joined Racing Point last year.

There was no Sportpesa branding on the car at the unveiling, or anything related to the event itself. 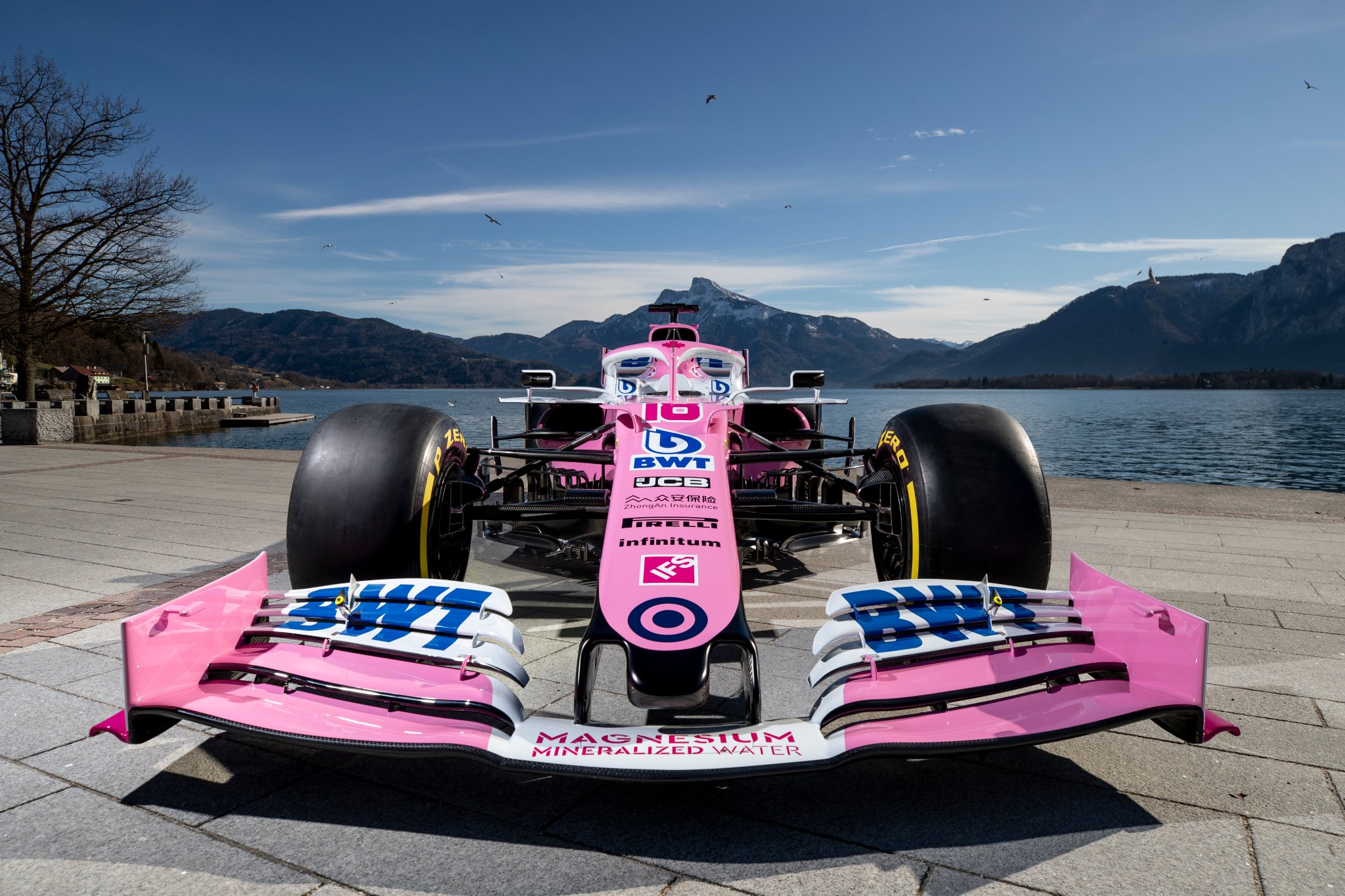 The team was only seventh in the 2019 constructors’ championship, its preparations for the season having been affected by the financial problems that hit during ’18 before its takeover by Lawrence Stroll’s consortium.

“For us to achieve what we want to achieve this year we need to get both drivers in the points at every race,” said team principal Otmar Szafnauer.

“We’ve done that in the past or had the potential to. We want to be a strong fourth and closer to the top three than we’ve ever been in the past.”

This season will also be the last before Racing Point is rebranded in full to become the Aston Martin works team.

Racing Point’s 2020 car will be revealed on Wednesday at the start of pre-season F1 testing.

It will field an unchanged line-up of Sergio Perez and Lance Stroll this season.