Renault protested Racing Point’s cars after the Styrian, Hungarian and British Grands Prix as a long-running saga over the similarity of the RP20 to last year’s title-winning Mercedes was finally raised in a formal manner.

The FIA convened a single set of stewards to rule on all three protests as the fundamentals were the same for each grand prix, and they have ruled that Racing Point’s adaptation of Mercedes’ 2019 brake ducts does not constitute an original design as required by the sporting regulations. 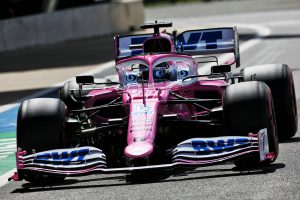 They have upheld Renault’s protest and fined Racing Point €200,000 for each car entered at the Styrian Grand Prix, and docked 7.5 points per car – they said this was “proportionate for the violation of the design process which led to the breach of regulations and a further penalty of reprimand is sufficient for the Hungarian and the British Grands Prix”.

The points penalty drops Racing Point one place and five points behind Renault in the constructors’ championship.

But it appears Racing Point will be able to continue using the components.

Brake ducts became a ‘listed part’ – components a team must design itself – for the 2020 season, so while it was legal to run brake ducts you did not design in 2019, this is illegal in 2020.

This created an unusual situation, as although the regulations expressly forbid the exchange of parts or design data for listed parts between competitors, this could have been done legally in 2019.

Racing Point purchased Mercedes 2019 brake ducts last year and argued it used that information to design its own components from scratch – but did receive CAD data from Mercedes.

The stewards ruled this was legal, and determined the front brake ducts of the RP20 are legal because they were adapted from Mercedes data already applied to Racing Point’s 2019 equivalent.

But they said it did not apply to the rear brake ducts because Racing Point did not use Mercedes’ data for the 2019 version of those parts, and therefore knew that doing so for 2020 would be the basis of the design of Listed Parts – “so could not be designed using the CAD models for the Mercedes W10 brake ducts”.

They said that Racing Point had opportunity to explicitly clarify its intention to use the Mercedes data for 2020 and that the FIA would have expressly forbidden it had it been presented.

The stewards said they were issuing “by no means an unfair or retrospective application of the rules”. 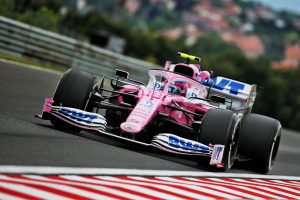 Mercedes was ordered to provide the front and rear brake ducts of its W10 for examination, so the stewards could make a comparison to the parts from the RP20, but the championship-winning team has been cleared of any consequence.

The stewards said a parts transfer between Mercedes and Racing Point on January 6 this year does not “constitute a breach of the regulations worthy of censure as the parts in question were both not used and did not expand the information that had previously passed from Mercedes to Racing Point quite legitimately under the regulations in 2019”.

Neither team has commented yet on the stewards’ verdict but Racing Point had made it clear it would appeal if it lost. It has until Saturday morning to notify the FIA of its intent to appeal.

Renault and other teams concerned that the Racing Point model is effectively a customer car by the back door will likely be extremely encouraged by this decision.

McLaren has previously stated the outcome of this protest as key to deciding whether or not F1 becomes a “copy championship”.

Ferrari has also professed itself ‘perplexed’ that the process used to create the RP20 can be considered a ‘design’ in line with the sporting regulations.

The suggestion so far has been that even if Racing Point was vindicated in this instance, the rules should be tightened up so that such close alliances and replica designs are not possible in the future.