Podcast: The inside story of F1's Indy 2005 shambles - The Race
Skip to content
Formula 1

Podcast: The inside story of F1’s Indy 2005 shambles

For the final regular episode of series 2 of our Bring Back V10s podcast we’re revisiting the most-requested topic we’ve had since the show started: the shambolic six-car US Grand Prix of 2005.

Special guest Dieter Gass – currently head of Audi Motorsport but previously Toyota’s chief race and test engineer – joins Glenn Freeman and Mark Hughes to explain what was going on behind the scenes at the race, and how Toyota’s problems and a big crash for Ralf Schumacher were the first signs that something serious was going wrong.

We also hear from podium finisher Tiago Monteiro on why he celebrated when Ferrari drivers Michael Schumacher and Rubens Barrichello didn’t.

And get ready to hear how a swearing Kimi Raikkonen reacted when Ron Dennis told him he wouldn’t be racing – all overheard by former McLaren mechanic Marc Priestley as he strapped Kimi in on the grid!

We also look at why the various solutions put forward to salvage the event didn’t work out, why Jordan and Minardi broke ranks after initially standing alongside the Michelin teams, why the tyre problems hadn’t struck in previous years at Indy, plus the fallout after the event and why the FIA eventually decided not to take matters any further. 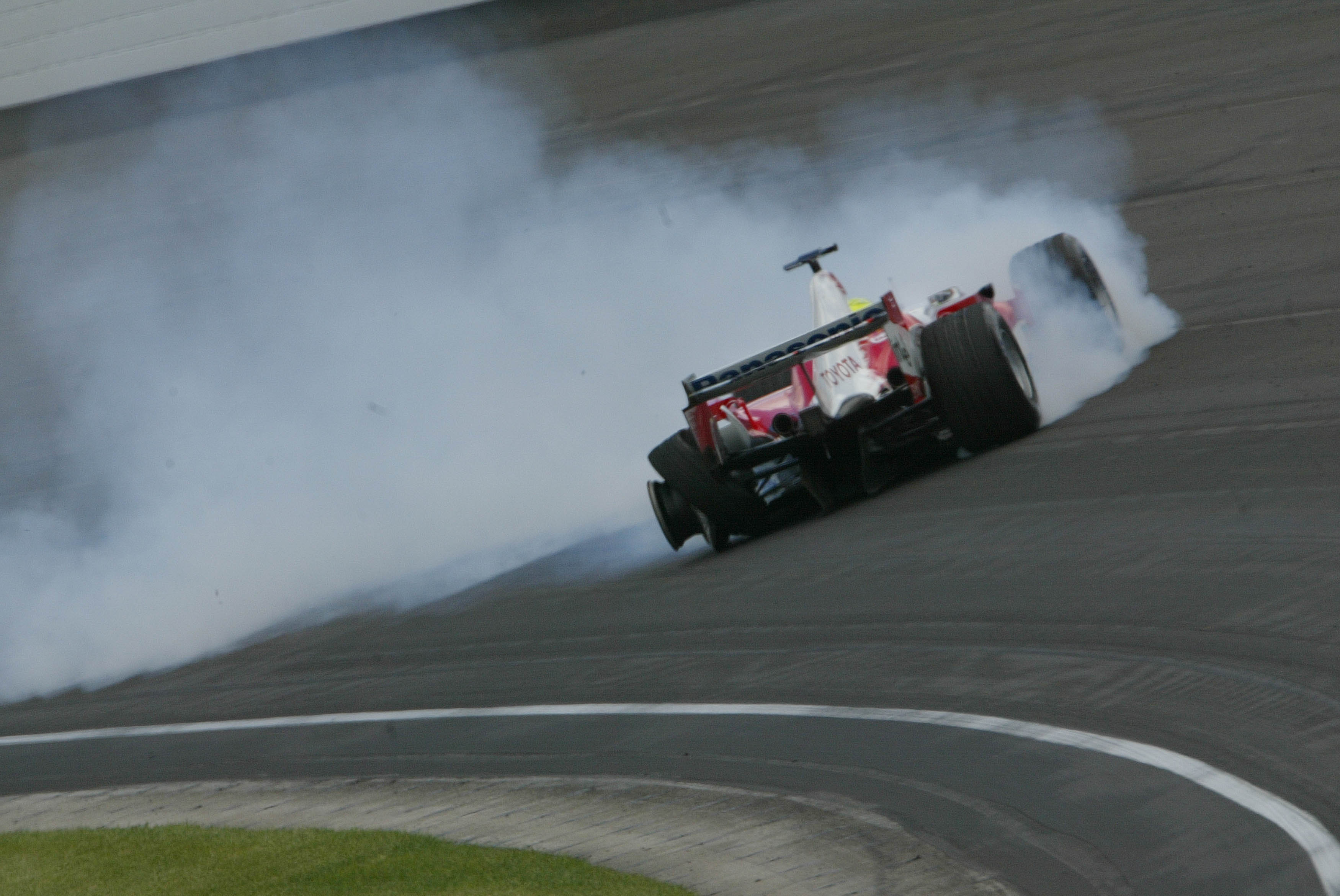