Carlos Sainz and Ferrari say the FIA and Formula 1 need to take decisions faster after the “mess” around the order for Sergio Perez to relinquish third place before the Saudi Arabian Grand Prix restart.

Sainz crossed the safety line line at the pit exit fractionally ahead of Perez’s Red Bull, which had pitted before the caution so was passing on the racetrack with greater momentum rather than emerging from the pits like the Ferrari.

But that momentum meant Perez continued past Sainz while the Ferrari was still getting up to speed in the pit exit and was running third on the road under the safety car.

Sainz and Ferrari instantly complained that Perez should hand the position back, and Red Bull boss Christian Horner said even his team suspected that ought to be the case.

But it took some time for the order from race control to come through, meaning Sainz only repassed Perez as the race got back underway after the safety car period. 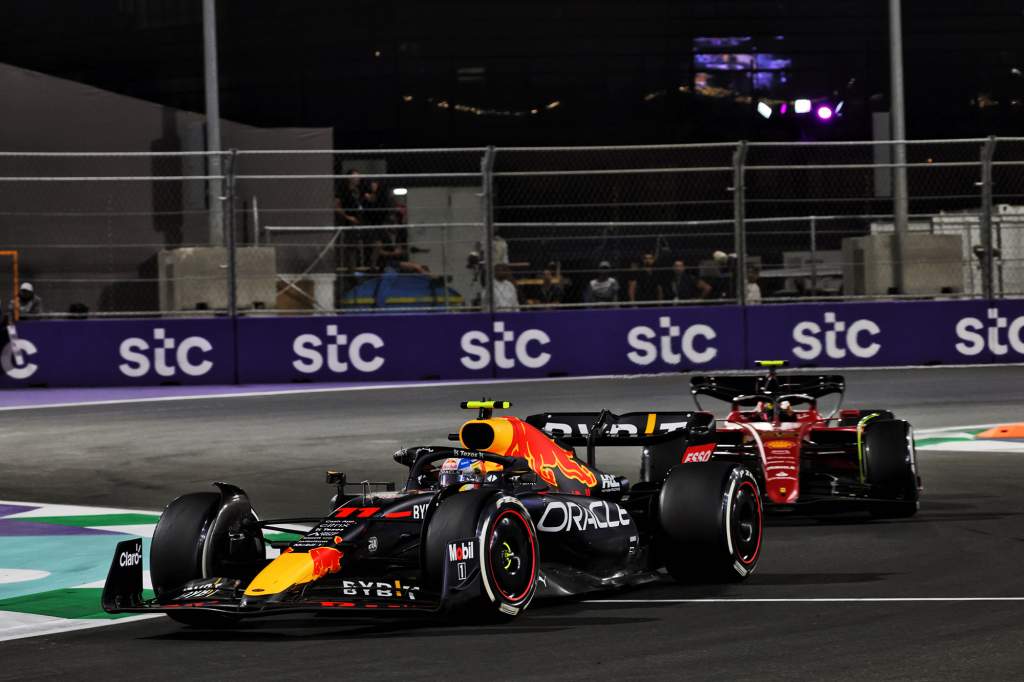 Sainz argued that it would have been better for both of them for the exchange to have been made long before the restart.

Ferrari team principal Mattia Binotto agreed, saying it was simply an example of a straightforward decision that could have been actioned much faster. 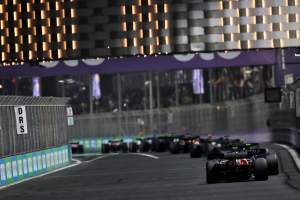 “The communication is that we went on the radio with the race director as soon as possible, told him to check on the safety car line because we believe that we were ahead a couple of tenths,” he said.

“It took a bit too long, I believe from them to decide and to give that to the stewards and finally they took the decision when the safety car was coming in, and it was too late before the restart.

“So it’s not a blame, but I think that those types of decisions we need to speed up because it was obvious and straightforward and I think it could have been done differently.

Horner said Red Bull also “checked with race control” because “we felt that we were potentially slightly behind” at the safety car line. 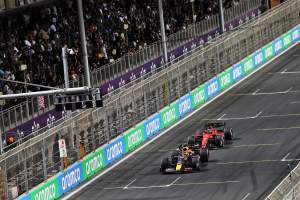 Our verdict on Verstappen vs Leclerc and DRS games
Read more

The Saudi Arabian GP was the second race for F1’s new race direction set-up instituted following the controversial end to the 2021 season and the ousting of former race director Michael Masi.

That role is now rotated between Eduardo Freitas and Niels Wittich, with Freitas on duty for the first time in Jeddah.

Perez had no objections at all to the place swap, saying just “the team told me to give it back so I gave it back straight after the safety car” and calling the FIA’s decision “fair enough”.

Sainz pointed out that leaving a decision until the restart risked causing other complications. 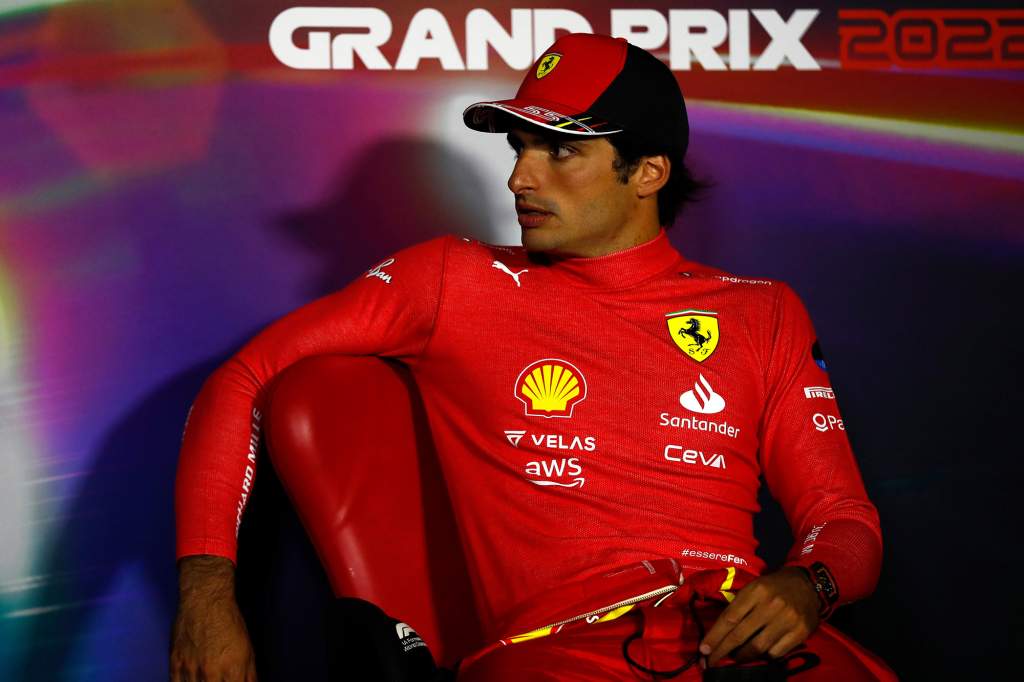 “If I would have got passed by [George] Russell for example, what would we have done and would Checo have had to let by Russell and me, which would have been tremendously unfair for him too?

“Or then Checo doesn’t give me back the position because there’s Russell in between me and him and it’s tremendously unfair for me?

“So I don’t know, it’s just these kind of things that as a sport we need to keep getting better at because I think we need to simplify things and just make it quicker and easier for everyone to understand and even for the drivers to go racing with a much clearer mind.”