Perez exiting F1 at his peak would be a ridiculous injustice

The list of drivers who have finished fourth in the championship in Formula 1 over the last decade or so is impressive: Lewis Hamilton, Fernando Alonso, Valtteri Bottas, Kimi Raikkonen, Sebastian Vettel, Max Verstappen, Charles Leclerc.

Of course, none of those then lost their place in F1 for the following season.

Despite missing two races Sergio Perez is on course to close his greatest season in F1, having taken fourth in the standings with three races remaining by equalling his career-best finish with second place in the Turkish Grand Prix.

Yet he still does not have a contract for 2021 and there’s a good chance he never will.

The tale of woe that is Perez being shunted out of Racing Point, a team he has been a cornerstone of for several years dating back to its former guise as Force India, is well known.

Performance counts for little if you’re neither the boss’s son with a watertight contract nor a four-time world champion who has too much pedigree to ignore ahead of the team’s transformation to Aston Martin’s ‘works’ F1 team next year.

Perez, despite thinking he had a deal in place for 2021 and preparing to enjoy the career opportunity he has waited a long time for, has subsequently been cast into a situation of great doubt.

If Red Bull opts to axe Alex Albon and Perez, not Nico Hulkenberg, is considered the best choice to replace him then it will be a very worthy reprieve. 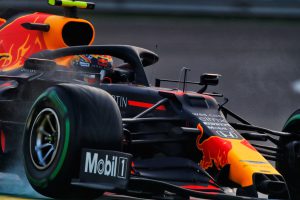 The alternative is not just the blow of failing to escape the midfield: Perez could be out of F1 altogether.

F1 sporting boss Ross Brawn says that would be a tragedy and, to the extent that something involving a man no longer earning his living racing F1 cars can satisfy that definition, he’s right. It would be a ridiculous and sorry state of affairs.

When the doubt over Perez’s future intensified he appeared to have options at Alfa Romeo, Haas and Williams (in addition to holding out for Red Bull).

And on merit alone he would command a drive at any of those teams, no questions asked.

Those teams’ respective circumstances meant they would not move for Perez, though.

And if Perez, a driver with consistency, speed and strong financial backing in his locker, cannot bank a seat then there must be precious few on the grid whose futures are truly in their own hands.

The end result is that Perez faces an injustice not seen to this degree in modern F1, if ever.

Drivers like Paul di Resta and Hulkenberg slipped out of the midfield before their time, but neither had put together the package of work that Perez has.

He has been one of F1 2020’s top performers, from his ability to bank points (among the full-time entrants only Lewis Hamilton can match his 100% point-scoring record this season) to his speed and execution with a strong package.

Perez has previously developed a reputation as a solid midfield driver who is exceptionally good at grasping exceptional opportunities, hence his record of nine podium finishes despite never previously driving for a team that finished higher than fourth in the constructors’ championship.

However, blessed with the fortune of driving the RP20, Perez has finally been given a car consistently good enough to be ‘best of the rest’. And that has allowed him to show how strong a driver he has turned himself into.

“It’s been a good season but also Formula 1, it’s so much related to your car’s potential,” says Perez.

“I think I’ve had very good seasons in the past but [these] were not seen as a good year because of the car’s potential. I was finishing seventh in the championship, a couple of times eighth, but I was still doing a good job, a tremendous job. 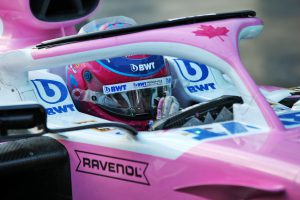 Did Turkey change or cement perceptions of Stroll?
Read more

“Right now I’m at a very good level in my career, I think probably at my peak in terms of experience, understanding, communication-wise with the team as well. I’ve been with the team a while so that also helps.

“The season has been a bit up and down due to a lot of things, circumstances, some on track, some off track.

“But still we’re getting our season on track and I’m sure this podium will help us to finish the last few races on a high.”

Yet that does not seem to be properly recognised, either from the teams that could hire him or the doubters who remain unconvinced.

Racing Point’s RP20 has been the third-fastest car on the balance of the season, and given one Red Bull is seriously underperforming then by rights the lead Racing Point driver should be fourth in the championship.

And Perez is. That’s justification of his ability in itself. What’s even more impressive is that he’s fourth despite missing two races because he contracted COVID-19.

Considering Racing Point’s performance advantage was bigger in the first part of the season, with Renault and subsequently Ferrari offering renewed threats as the championship has progressed, it’s to Perez’s enormous credit he has been able to establish himself as the leading Class B force.

He’s also done that despite at least two races in which bigger points hauls have been snatched from him through no fault of his own – Belgium, where the team’s strategy let him down, and Italy, where he was massively unfortunate with the race’s safety car and red-flag period.

Even ignoring the botched Belgian GP strategy and the likely podium that he lost at Monza, simply eliminating the two Silverstone races to bring every other driver to Perez’s level of participation reinforces the job he’s done this season.

He should be a clear fourth in the championship, a result that would be just reward for an excellent season. One in which he has partially combatted an underlying qualifying weakness, too.

Perez, not unfairly, does not have the reputation of a Saturday star. He’s much more effective in race trim particularly as his “built-in traction control”, as Racing Point has previously characterised his feel for managing tyre slip, is perfectly suited to modern F1.

However, this year he has seen off Stroll in qualifying 8-3, beaten only once in dry conditions. And he boasts the fourth-best qualifying average, after a season in which the team with the third-fastest car has fluctuated depending on the circuit.

Racing Point, McLaren, Renault, Ferrari and AlphaTauri have all had their turns leading that fight, but Perez is the driver with the superior average – one that even bests Red Bull driver Albon’s.

Despite unfortunate setbacks like Belgium and Italy, or spinning on the opening lap in Portugal after a 50-50 move on Max Verstappen led to Perez rotating, Perez still has the best average finishing position among the midfield too.

He shades Leclerc in that department, despite Leclerc being flattered slightly by retirements in the Styrian and Italian GPs, race which would have likely yielded finishes in the lower end of the points at best.

There’s little point going into the team-mate war given the argument that Perez deserves a Racing Point seat more than Stroll is well-established. On average, Perez starts and finishes one place higher than Stroll. He will end the year with a superior head-to-head qualifying record and more points.

There is no convincing argument that Perez is not a faster or more reliable driver than Stroll, even if Stroll clearly has potential and may well develop into a driver of (or beyond) Perez’s level eventually.

In fact, the tougher argument is which drivers in F1’s midfield are better than this version of Perez? Aside from the obvious candidates like Leclerc and Ricciardo, it’s difficult to identify a clearly superior all-round driver. That places him on a Carlos Sainz Jr/Pierre Gasly level. And if either of those drivers were frozen out of F1, there would be uproar.

The only silver lining in all this is that if Perez is heading to the exit door he has had a season to prove his worth, and nailed it.

Even that is bittersweet because it shows why he was so deserving of the opportunity Aston seemed to represent – being part of a project that would fight at the front of the grid.

Perez hasn’t had that chance before, even though people try to use his McLaren move in 2013 to cut him down. That was the start of McLaren’s decline and judging Perez’s suitability for a top team on that season, when he was a 23-year-old third-year driver, is unfair. 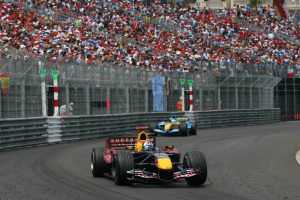 There remains a small chance he will get that opportunity. Being pushed out of Racing Point only to end up at Red Bull would be a very satisfying twist. Should that happen, few could argue that Red Bull trading Albon for Perez would be a downgrade, especially in the short-term.

A drive like Perez’s in the Turkish GP was a very public example of why his probable F1 exit would be an outrage. The evidence has been there below the surface for quite some time, but his fate depends on a team like Red Bull having a full understanding of the calibre of driver that is available to it.

So Perez, more than anyone else, knows the value of ramming home the level he is operating at, like he did at Istanbul.

“You have to be delivering weekend after weekend and you are only as good as your last race, so it’s important to finish on a high,” he says.

“The rest is not in my hands.”