Our verdict on Red Bull dropping Albon and signing Perez

Having taken its decision over who will partner Max Verstappen in the 2021 Formula 1 season to the wire, Red Bull has finally confirmed it will be dropping Alex Albon in favour of Sergio Perez.

Perez, made available by Racing Point’s surprise decision to release him from the final year of a three-year deal to sign Sebastian Vettel, was one of three major candidates to occupy the Red Bull seat – alongside fellow ‘free agent’ Nico Hulkenberg and Albon (with AlphaTauri standout Pierre Gasly being informed relatively early on that he wasn’t under consideration for a return).

Perez definitely had a better 2020 season than incumbent Albon, but will he prove an instant upgrade given Red Bull’s recent cars have been difficult? And will Red Bull come to regret breaking with its tradition of prioritising drives from within its programme?

Our writers give their verdicts below.

Signing Perez is a pragmatic move that doubles as a statement of intent for Red Bull.

While it’s optimistic to suggest Red Bull will have the car to challenge Mercedes for the championship next year, if it does then having one hand tied behind its back with an underperforming second driver would be ruinous for its hopes of the constructors’ crown and weaken Verstappen’s title hopes. 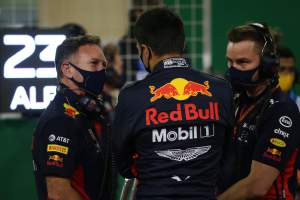 The vacillation of Red Bull’s management in terms of the decision and when it would be made – just look at the team’s public statements to see how the deadline was put back – wasn’t an encouraging sign. But by making this necessary move it restores some confidence that this is a team with the decisiveness and sure-footedness needed to have any chance of getting to the level of Mercedes.

After all, even if it had chosen to keep Albon in the drive, making this process into a saga then making the choice late would have served only to unsettle him.

It might seem harsh on Albon, a driver with genuine underlying ability, but he has fallen short of the required standards throughout 2020. This wasn’t about him being at Verstappen’s level, it was about him being strong enough to be a consistent factor in the leading group.

Perez offers the experience and skill set to do exactly what Red Bull requires next year. He can be Red Bull’s Valtteri Bottas to its Lewis Hamilton.

Sometimes you have to make tough decisions if you want to prevail in F1. Red Bull still had a lot of other things it must do to get to the level of Mercedes, but this decision means at least one of those boxes are ticked.

Perez simply a better fit than Gasly or Albon

One of the main questions I’ve seen around the Perez/Albon saga has been ‘why should we expect Perez to do any better?’. The answer is that he arrives in this situation totally different to a Gasly or an Albon.

In terms of raw speed I’ll concede the point that Gasly is probably a fraction quicker than Perez. but when he joined Red Bull the car was in a struggle to even be second-best and he didn’t have the experience or the mentality to properly understand how to get out of his rut. 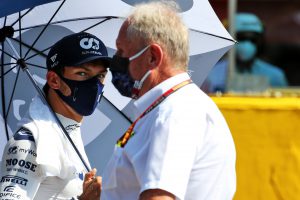 So while Gasly had great potential, and has subsequently shown that back at AlphaTauri, I’m not sure he had a situation he could thrive in – or the tools to handle it.

And with Albon, I think Perez is more experienced and a better driver. The great curiosity with the Albon experiment was to discover how good he really was. It’s easy to forget he was not a mega-star junior and only got his F1 chance because Red Bull had run out of options.

He adjusted very impressively with Toro Rosso in his rookie season and looked, probably for the first time, like an F1-calibre driver. But that has not continued with Red Bull and while on his day with everything aligned Albon can be very quick, those days have been vanishingly rare.

So Red Bull’s not just throwing ‘another’ driver in who we should expect to go the way of his predecessors. Because Perez is nothing like what came before – that’s why Red Bull has opted to move for its first ‘outside’ driver since 2013.

So much harder than the Racing Point gig

Yep, it makes sense for all concerned. Perez very deservedly gets to stay in F1 after a superb season, Red Bull gets a driver who can be relied upon to be a solid back-up to Verstappen and should be quick enough to be used strategically in a way that Albon only made possible in the last race.

But right now is probably as high as Perez’s stock is ever going to be. If next year’s Red Bull RB16B is as demanding a drive as the RB16 – very quick but very demanding – going against Verstappen in such a car is a much tougher gig than driving a very quick and benign car more consistently than Lance Stroll.

Perez will do a good job for the team, but I suspect it will fall short of his own expectations going in.

I hope to be proven wrong

A few weeks ago, I argued that Perez ought to just retire from Formula 1 because he’d already had a brilliant career (and this was before he’d even won a race) and he sounded very zen about the prospect of time away from racing.

A suspicion that he’d just become another of Verstappen’s team-mate ‘victims’, a worry that Red Bull’s willingness to give Albon every possible chance could also indicate a lack of enthusiasm for Perez, and that maybe the Red Bull wasn’t really much better than a Racing Point and was just being flattered by Verstappen, played into my feelings too.

I haven’t really changed my position on any of that. And yet simultaneously, I am really excited to see what Perez can do for and in a Red Bull. And I’d love to end 2021 thinking ‘thank goodness he didn’t just retire, look what a success this move’s been’.

The team hasn’t tried plugging in an experienced and established frontrunner from elsewhere since its David Coulthard/Mark Webber signings, long before it was even a title contender. Perez is an intriguing fresh ingredient, not to mention a man who really does deserve a proper shot in a top team.

And he definitely didn’t deserve to be squeezed out of an Aston Martin line-up that’ll comprise a driver he’s beaten this year and a driver comprehensively beaten by his own 2020 team-mate.

A big win for manager Jakobi, and everyone else

It’s 12 seasons ago that Sebastian Vettel became the last grand prix wining driver to join Red Bull Racing. Now Perez, fresh of that club, joins for what is obviously a concerted crack at the constructors’ title.

It’s not hard to see RBR’s rationale for the Perez deal, which has all the hallmarks of a Julian Jakobi (Perez’s management sage) advanced strategic treaty.

But the hard facts as to why Red Bull has gone with Perez are actually quite simple. In 2020 Albon could muster just a trio of top-four race positions and his points haul was a chasm-like 109 in arrears to his team-mate Verstappen. This was amplified by Verstappen suffering five race retirements as opposed to Albon’s single non-finish.

Perez managed the same amount of finishes in the top four but 20 points overall more than Albon driving in two fewer races.

A driver that could get close to Verstappen on points over a season would positively contribute to at least a challenge on Mercedes’ constructors’ title stranglehold that it has enjoyed since 2014.

Add to this Honda’s final hurrah in 2021 and Red Bull is simply ensuring it has all its weapons engaged. For Perez he will have nothing to lose in what will likely be a cameo season, and quite often that freedom of expression makes for an ‘everyone’s a winner’ type scenario.

Red Bull’s junior programme hasn’t been producing the conveyor belt of ready-made F1 talent we became used to for most of the 2010s. If it was, then Albon (who was dropped from the scheme early in his career) wouldn’t have got his chance in the first place.

Signing Perez takes the pressure off for the short term. It buys Red Bull time to get its next crop of youngsters through the system without feeling a desperate need to call drivers up to F1 before they are ready.

These things are cyclical. It’s only a matter of time before Helmut Marko ruthlessly oversees the development of another next big thing or or two… or three… or four. Plugging Perez in at Red Bull’s top team gives the whole system a good chance to hit the reset button.

Another Gasly-Albon swap was the way to go

Red Bull signing Perez could just be the best decision it has ever made, but personally I don’t think so. I believe he needs a car that suits his driving style, and the reason I say that is mainly because he is so good at looking after his tyres.

You can’t do this with a nervous car or a car that is very much on its front end. To feel the tyres, you need a car that is consistent and has a very stable aerodynamic performance window. I’m afraid that is not what the Red Bull has been all season, and it is the direction Red Bull needs to work in if it is ever going to challenge Mercedes for a championship.

Perez has shown that he is a very consistent driver, especially when it comes to the race but he is now up against one of the very best in Verstappen. He will need to bring his A game to the show, otherwise the credibility he built up with Force India and now Racing Point will disappear very quickly. 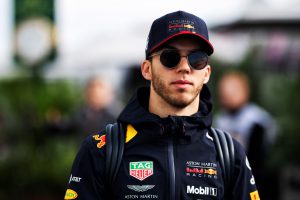 I’m a believer in bringing on new drivers and would have loved to see Red Bull continue with either Albon or Gasly. If it had been down to me, I would have swapped them. Now, Gasly has had a season and a half’s more experience, won a race and had a second place in Brazil last year so could come back to the team and demand more respect than he had last time around. Importantly, Honda also loves him.

As for Albon, this would have allowed him to return to AlphaTauri and get back his confidence, which is something that Red Bull has driven out of him.

Yes, publicly it backed him up and gave him more than enough time to show his talent but behind the scenes I’m pretty sure it was very different.

Red Bull worships Verstappen, but it needs to look closer at itself and not always try to blame the outsiders like Renault before, or its second drivers like Kvyat, Gasly and Albon.