Already Formula 1’s most experienced driver in history and still Ferrari’s most recent world champion, Kimi Raikkonen will head towards the region of 350 F1 starts (subject to the length of the 2021 season) after having committed to staying on at Alfa Romeo.

That got us thinking about our favourite Raikkonen drives from his two decades in F1 – and briefly outside it – so far. 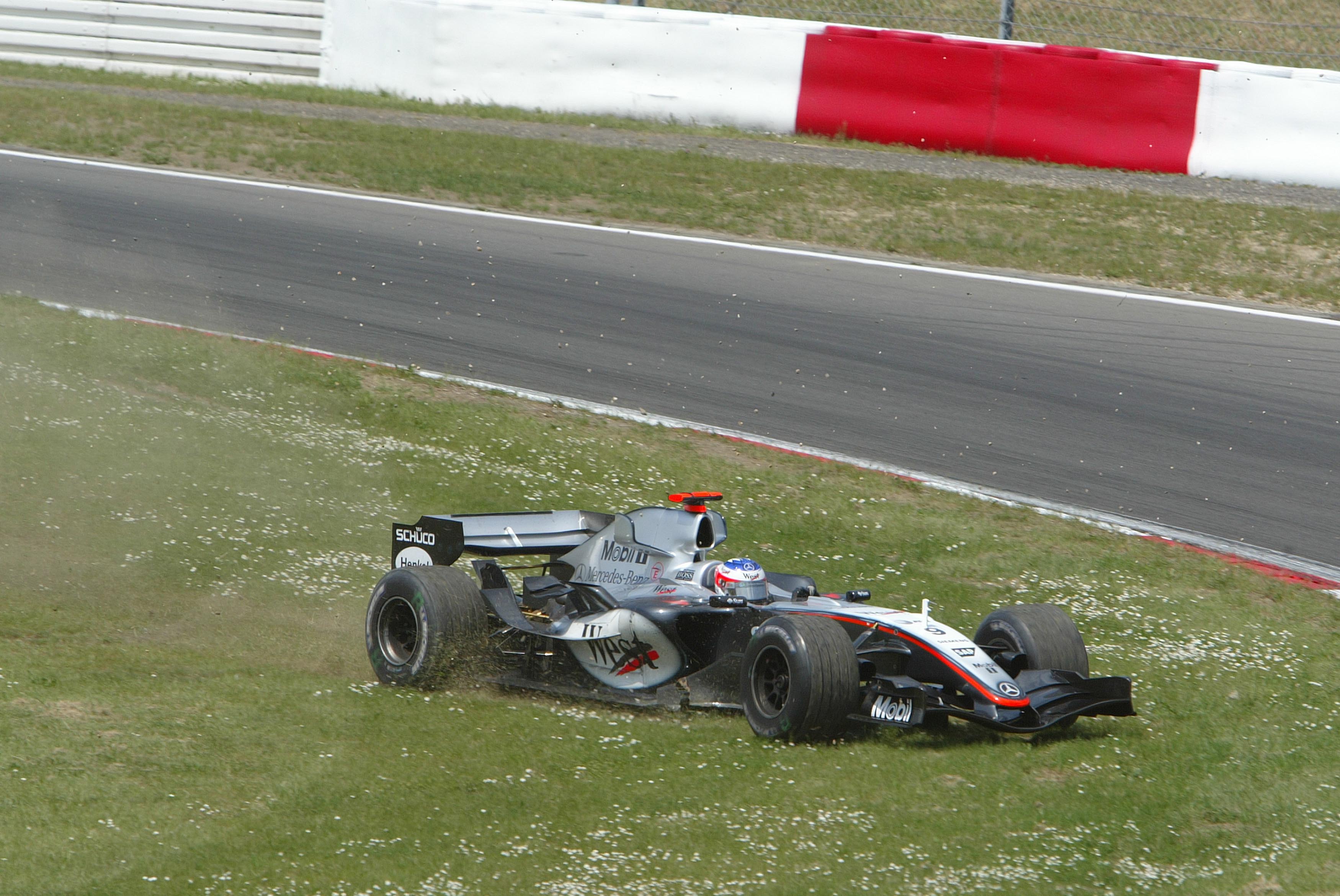 Had Kimi Raikkonen driven perfectly, he would have won this race rather than being classified 10th after a suspension failure at Turn 1 on the final lap. But this race is so memorable because he came so close to pulling off the impossible.

Raikkonen led the race but after a significant front-right lock-up he was struggling to get to the end given the flatspot was subjecting the suspension to big vibrations. This was in the season when one set of tyres had to last you for the whole race, and while late on Raikkonen could have justified changing it on the basis that its condition eventually became so bad, it would have been after his final stop for fuel and therefore would’ve cost him victory.

With the state of the tyre deteriorating in the closing stages and the vibrations growing, Raikkonen attempted to manage his lead over Fernando Alonso. He did it brilliantly and started the final lap 1.589s clear of the Renault but with the tyre in a terrible state.

Sure enough, the suspension was torn apart as a result when he braked for the first corner, pitching him off the circuit.

While this was a failure, it was a heroic one. Raikkonen’s mistake in locking up had created the conditions for a gamble that so nearly paid off. 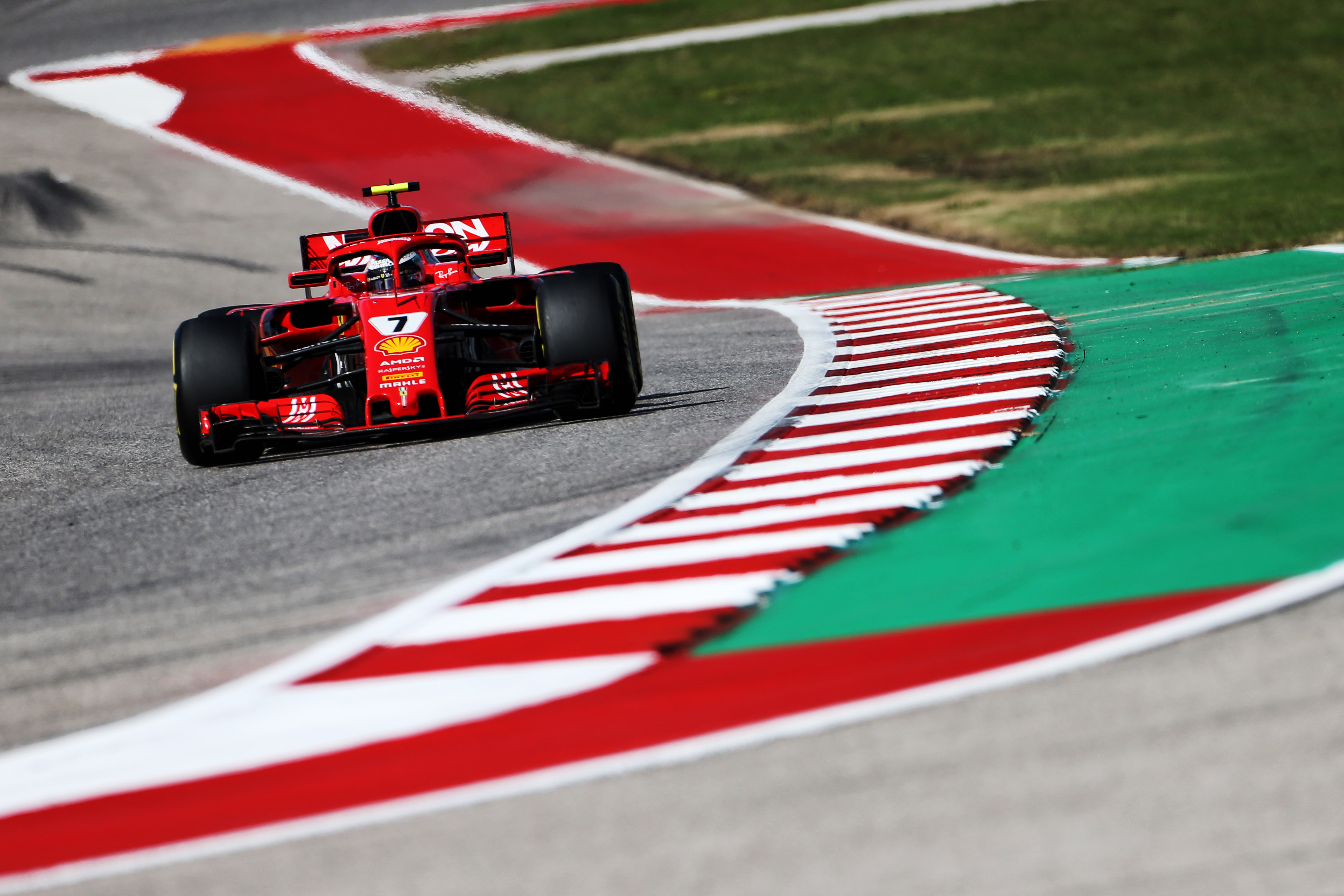 I remember writing in 2018 that Sauber would be a much better fit for Raikkonen than Ferrari because that was the level he was performing at – it wasn’t meant to be an insult, just an observation that while the Kimi of old commanded a seat in a leading team, the second-generation Kimi at Ferrari didn’t anymore.

The irony was that Raikkonen’s 2018 season was better than any other part of his second stint with Ferrari, probably due to the 2018 car being the best version yet. So there were some flashes of the ‘old Kimi’, including a mega pole at Monza.

But he was still a bit flat in races and I thought that wouldn’t change. Until Austin in 2018, when he proved a lot of doubters – including me – wrong.

On that day, Kimi engaged in a fascinating fight with Max Verstappen and Lewis Hamilton, all on different strategies. I was waiting for the moment Kimi wilted, just not quite fast enough to contain the chargers behind him.

It didn’t come. Raikkonen matched them blow for blow and finally won for Ferrari again.

It was richly deserved, possibly the best drive of his five-year second term at Maranello – and certainly my favourite. 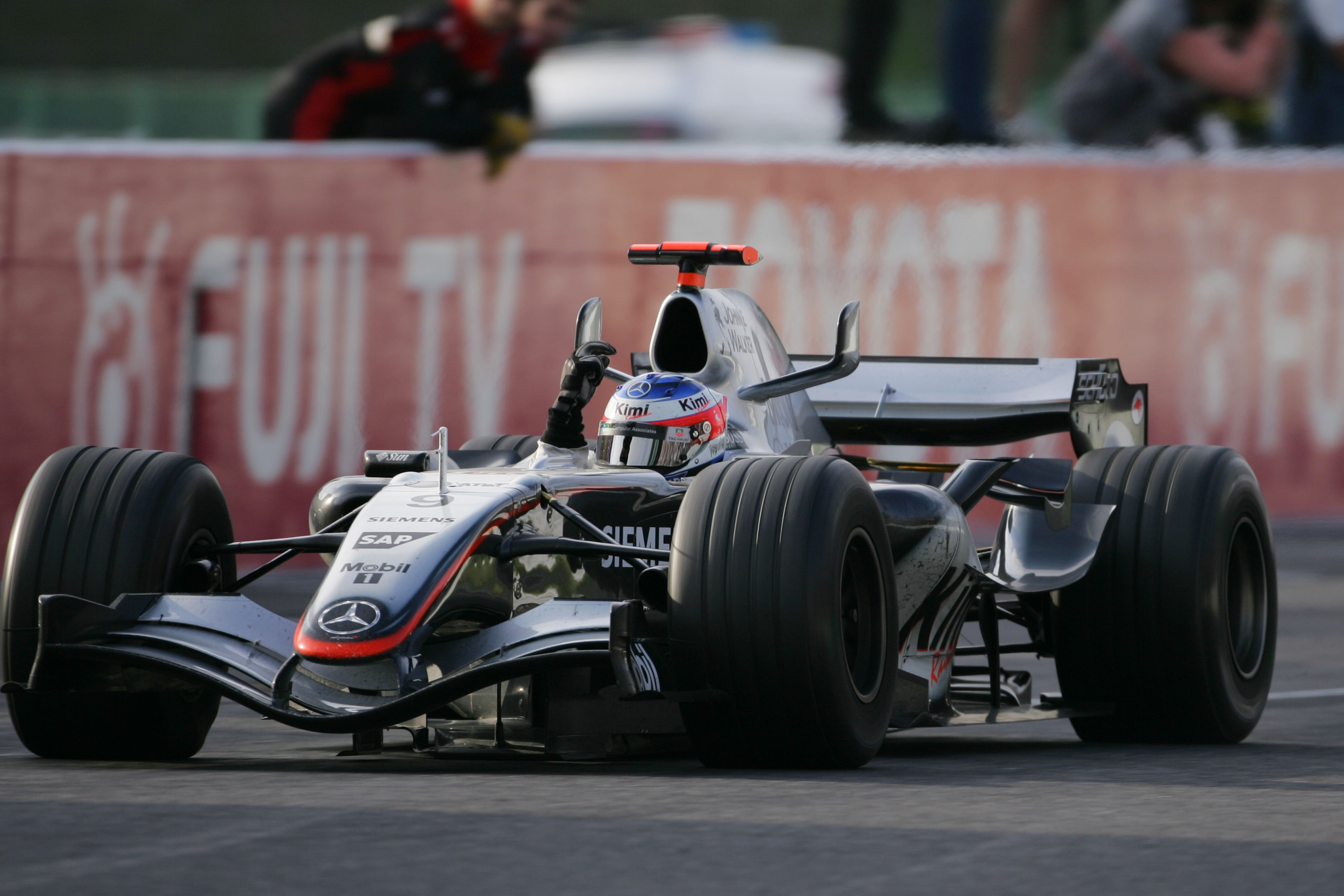 Single car qualifying on a rainy day had put Kimi’s McLaren back in 17th on the grid, where he had Alonso’s Renault and Michael Schumacher’s Ferrari for company – as well as his own team-mate Juan Pablo Montoya.

Renault’s Giancarlo Fisichella was third-fastest and as the only truly fast car near the front of the grid was the overwhelming pre-race favourite.

But Raikkonen – aided by an early safety car for an accident between Montoya and Jacques Villeneuve – proceeded to progress through the field and arrived on Fisichella’s tail to begin the last lap.

It was an incredible performance, signed off by the stunning spectacle of Raikkonen slipstreaming the Renault down the pit straight and going ahead around the outside into the first turn.

Who sees current British Formula 4 points leader Zak O’Sullivan being on the grid for the first F1 grand prix of 2021?

You’d be hard pushed to get any takers right now (especially as O’Sullivan’s still only 15) but in 2001 a similar and equivalent scenario played out and spawned a 21st century F1 legend – as Raikkonen jumped into an F1 drive straight from winning the Formula Renault UK title in his first full season of car racing.

Quite aptly Raikkonen will be the last driver to be born in the 1970s to ever race in F1 and his folklore will live on as a curious mix of binding pace and no-nonsense personality.

Back at Melbourne in March 2001, a 21-year-old Raikkonen was on the grid but the fact he was there at all was viewed by some as a miracle and by others as a decision based in unproven hype.

Despite a poor start to the race that hype was more than justified as he claimed a point for a stunning sixth place. The fact it only came after a penalty for a yellow-flag-ignoring Olivier Panis meant little.

He’d been a few tenths off team-mate Nick Heidfeld, who went on to finish fourth, for most of the weekend. But considering the pair’s huge discrepancy in overall racing experience this was the very least that was expected.

Raikkonen had already arrived and as the world was forced to take notice more pertinently – so too was McLaren boss Ron Dennis, who was now making career-changing notes a few garages down from Sauber. 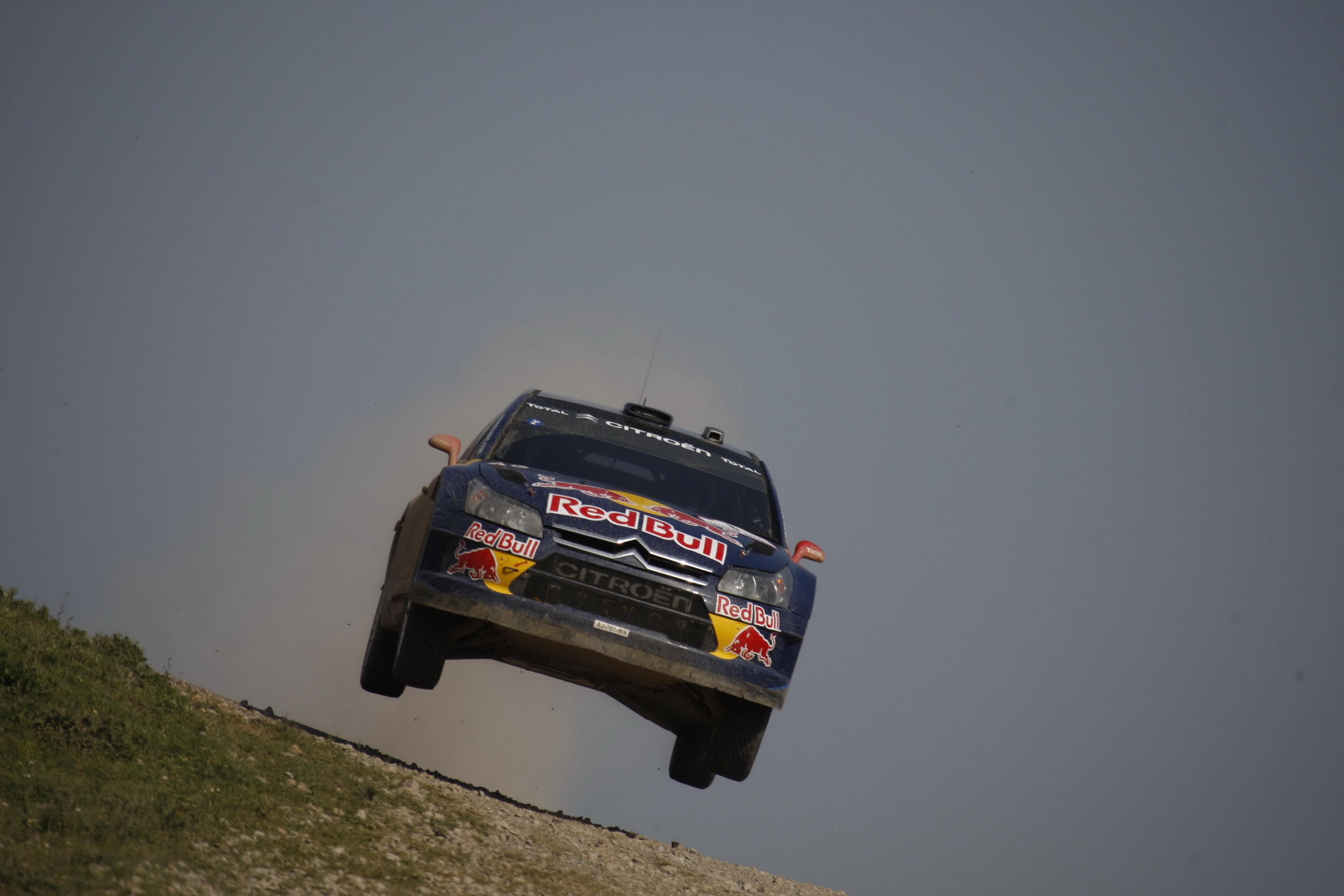 Before you switch off, having expected a load of scorching Formula 1 drives and now come across some rallying, just remember Kimi says he wouldn’t have lasted this long in the F1 without his two year sojourn on loose surfaces…

After Ferrari replaced him with Fernando Alonso for 2010 and it became clear he wouldn’t find a favourable deal for a race-winning car elsewhere, the Finn decided to switch to rallying full-time, having begun his journey in a small event in Finland in January 2009.

He made two World Rally Championship appearances that year in a second-tier spec Tommi Makinen-prepared Fiat, before scoring a deal to rally for the Citroen Junior team in a full-blown, top-level WRC car. It came with the unusual imagery of Raikkonen driving a car plastered in Red Bull logos…

While he never took a WRC rally win or podium, Raikkonen is credited by those within the discipline for the speed with which he acclimatised to its complexity. But sadly for his fans, most of his events ended in mediocrity or a crash.

However, just four events into his Citroen career, Raikkonen delivered what would be his best result. It was a fifth in Turkey, but that number belies the difficulty of the gruelling, car-breaking event based out of Pendik on the north-west coast.

There’s probably arguments for better rally drives in places from Raikkonen, but in terms of difficulty of completing it, Turkey is right up there and to score your best result there – even if it was over six minutes off the pace – is not bad going at all.

On the whole, it was his best all-around outing and my favourite just because of how cool is it to think that a character like Raikkonen could swap F1 for the uncertainty, unpredictability and attention rallying would bring him. An old friend would have called that ‘fever’.

Raikkonen took his first WRC stage win – on Rally Germany – later in the year, but 2011 didn’t bring much improvement on his debut season and then the glorious world of Formula 1 came knocking again.

If, like me, your second-favourite Raikkonen race was his 15th at Charlotte in the NASCAR Truck Series, stick a line in the comments and I’ll use it to bribe the editor into writing about that, too. 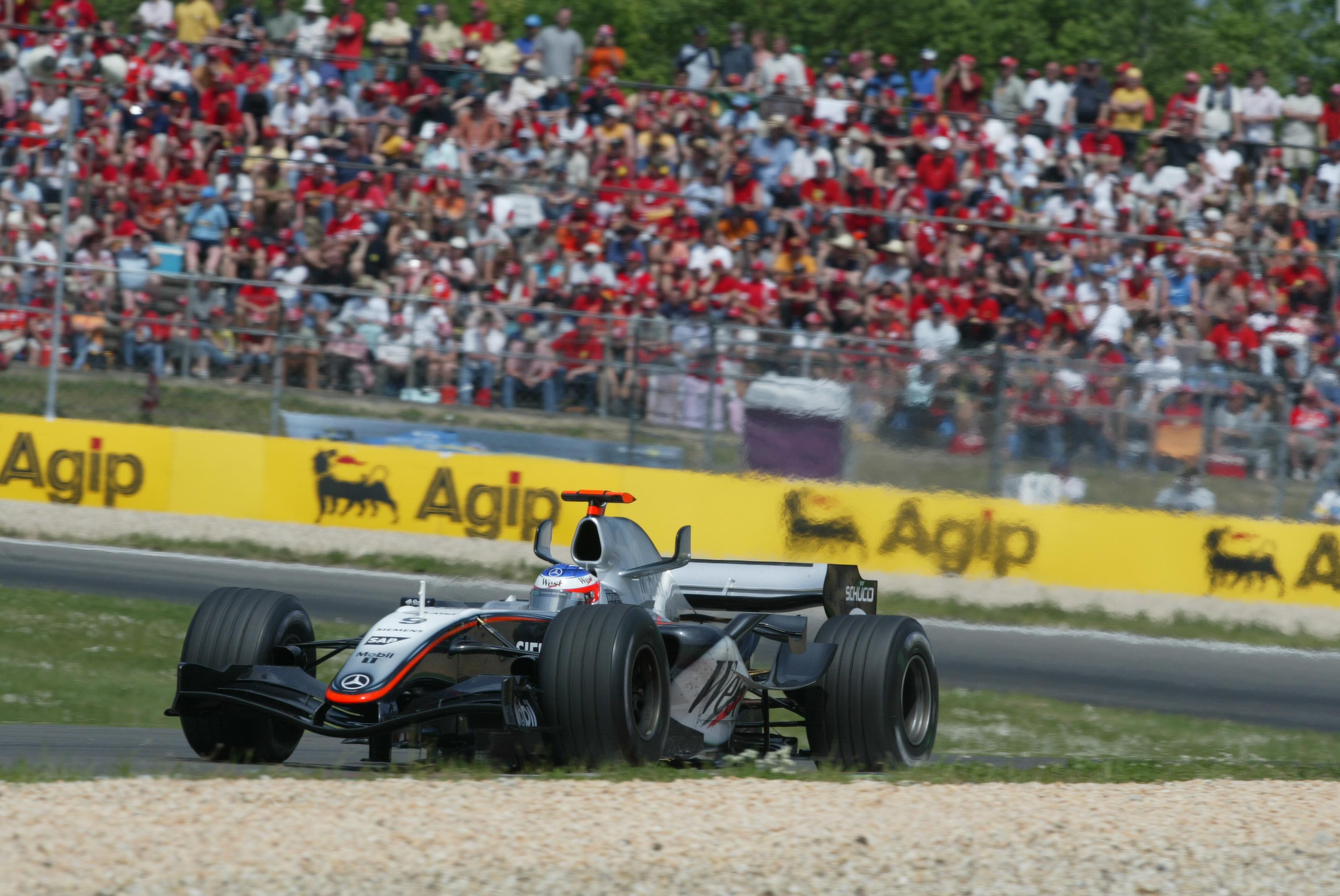