The new Formula 1 pitstop technical directives that were announced in Austria and were set to take effect from the Hungarian Grand Prix have been both tweaked and postponed to the Belgian Grand Prix after the summer break.

Following reaction from the teams to the TDs – which sought to reduce the risk in the era of the sub-2s pit stop of cars leaving the pits with an unsecured wheel – the stipulation of a 0.2s gap between wheel tightened and car off jacks has been removed. 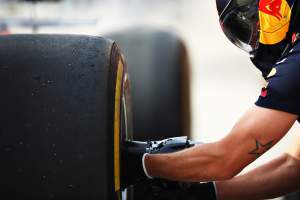 Should F1 pitstops be regulated? Our verdict
Read more

In its place will be an operative stipulation for the ‘intelligent wheelgun’ systems several of the teams are now using, which will achieve the same failsafe as the proposed 0.2s gap but still allow an element of differentiation from human performance.

Intelligent wheelguns were pioneered in recent years by Mercedes and Ferrari and have been introduced this year by Red Bull. The software completes a series of automatic checks to determine whether the wheel is secure before the gun can be released.

The teams have a button which the operative presses, giving a signal after the wheelnut is secure to permit the jack to be lowered. But it is possible at the moment -and standard practice – for the button to be pressed even before the wheelnut has been tightened, in anticipation of it being tightened.

So that as soon as the gun has completed its automated checks, the permission to be lowered off jack will be automatic. Thereby cutting out the human reaction time.

The latest TD stipulates that this jack release button can no longer be pressed before the ‘wheelnut tightened’ signal is given.

It must now be pressed only in reaction to that signal. Any attempt at pressing it before the ‘nut tightened’ signal must result in it not working – in much the same way as the current DRS buttons will not work if they are pressed before the DRS line.