The competition has been launched to replace the real-world events cancelled or postponed by the coronavirus pandemic, with F1’s first eight scheduled rounds not happening as planned. 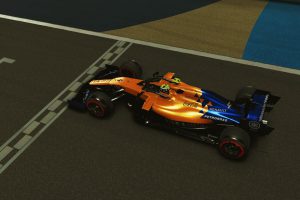 When the initiative was announced, F1 said current drivers and “a host of stars” would take part.

The inaugural round featured only two drivers from the current grid: McLaren’s Lando Norris and Williams rookie Nicholas Latifi.

Experienced online racer Max Verstappen said he would not take part because he did not play the F1 2019 game, and Red Bull fielded Sir Chris Hoy and Philipp Eng instead.

Of the 20-driver entry for the first race, recent ex-F1 drivers Nico Hulkenberg, Stoffel Vandoorne and Esteban Gutierrez all featured.

Other former races Anthony Davidson and Johnny Herbert were also part of the entry.

The rest of the field was made up of drivers from other series, plus celebrity guests and online personalities. 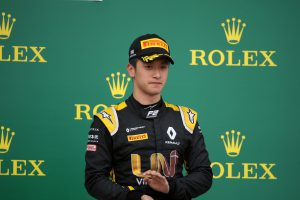 F1’s intention is to get more current drivers involved, but each team faces its own logistical complication based on driver location and timezone, internet connection quality, and the equipment they already have or can be safely provided to them.

“There are some excellent efforts going on with F1 Esports and our drivers will be involved in these online events in the weeks ahead,” team principal Otmar Szafnauer said on Thursday.

Haas will not field Romain Grosjean or Kevin Magnussen in the next event but newly-confirmed test and reserve drivers Pietro Fittipaldi and Louis Deletraz will take part.

That follows the Mercedes model from the first round, as its F1 reserve and Formula E driver Vandoorne partnered simulator driver Gutierrez.

The next round of the Virtual GP series takes place on Sunday April 5, which would have been the inaugural Vietnam Grand Prix.

As the new Hanoi track is not represented on the F1 2019 game, the Australian GP will be the virtual venue instead.