Last Tuesday’s launch of the Mercedes W12 was likely the moment that the 2021 Formula 1 title-winning car was unveiled. But it also showcased another reason why Mercedes is so strong beyond the performance of its lineage of title-winning machinery.

The event was low-key, a short broadcast with drivers, car, team principal and technical director. Those are the fundamental ingredients for any launch so there’s nothing unusual there, but there was no fear about revealing a few basic technical details about the progress made both on car and engine.

Whenever F1 fans are polled, there’s always strong support for, and interest expressed in, the technology. F1 teams as a collective are hit and miss in serving that appetite, to put it generously. But just as it is on track, Mercedes is the market leader in this area. 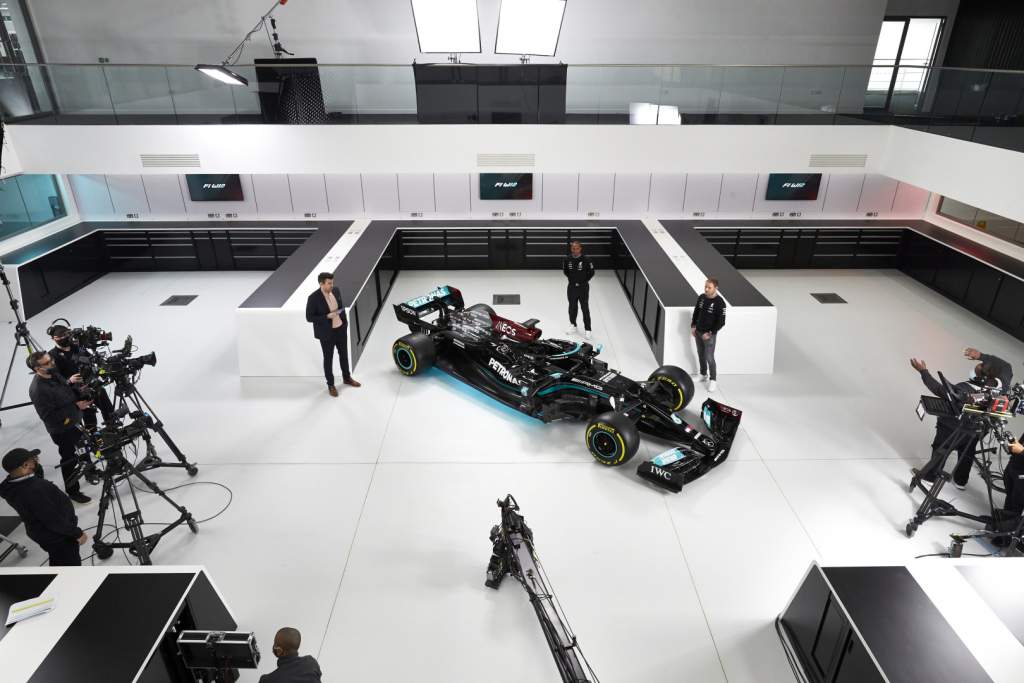 Partly, it’s thanks to a recognition that for the majority, the interest in the technology can be served simply by the basics. The reference to the use of a new alloy in place of the old aluminium engine block, for example.

All engine manufacturers will be evaluating new materials constantly, so this is hardly going to plant a seed for a change, but it acts to showcase the fact that progress is being made. That’s worth something, even with no further details.

It also means we know there have been changes to the MGU-K to tackle reliability problems and that there are vague innovations in the engine. While there’s little to go on, Mercedes is at least comfortable enough to let these basic details slip

Just glance at the Mercedes F1 YouTube channel. It’s all content produced with tight oversight so it’s all ‘state-controlled’ and doesn’t give away anything to rivals, but it shows Mercedes does recognise the importance of this outreach.

No other team matches this level of output. While it’s important to note that Mercedes has the resources to produce it, and that it’s far easier to be relaxed about putting such material out there off the back of years of success, it reflects part of the wider culture of what makes the team so effective. Yes, it has the resources, but so do several other teams that have failed to deliver in the V6 turbo hybrid era.

It also manages to do this without slipping into wild promises of vast gains that make it look foolish when they fall short. Some appear unable to discuss such gains without making a rod for their own backs, but Mercedes consistently frames its gains in terms of hoping its enough to stay competitive. While that might resemble false modesty, it’s an important mindset that drives the team on.

Red Bull launched with the insecurity you’d expect of a serial underachiever, with just two images of its car released and nothing else. It’s strange that a brand that’s so savvy in terms of marketing consistently misses the opportunity to showcase its technology and the stories of the team, but again it’s something it was much better at in the glory days. 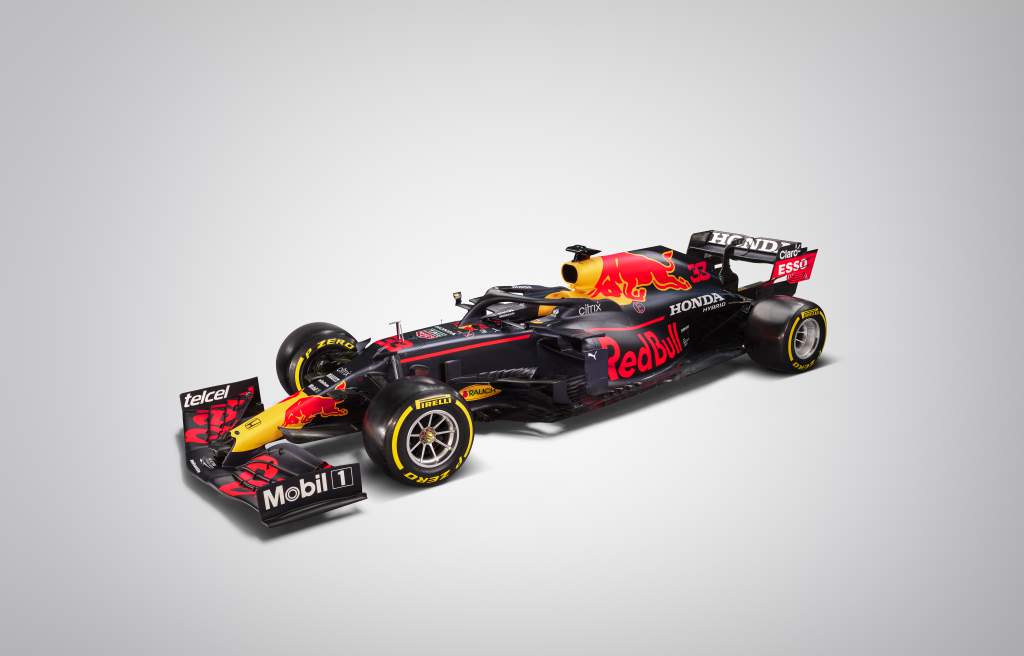 Of course, there is something to say for secrecy both in terms of the value to teams and its contribution to the pageantry of F1. Sometimes teams don’t seem to even know why they are hiding things and it’s always fun early in the season to see attempts to shield the car from view.

Technical personnel also get into the spirit of this. With all 10 teams employing photographers to take detailed images of rival cars, it’s not unknown for a member of one team to let their opposite number in a rival operation know that they’ve spotted something. 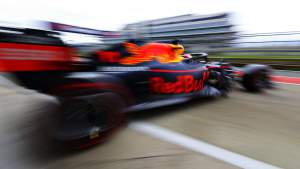 It’s all part of the game. So while some of the desire to hide is necessary, other aspects of it are just because it’s hard-wired into F1.

“I think it’s just a point of principle, more than anything else to be honest,” says Alpine chassis technical director Pat Fry when asked after its Silverstone shakedown why the team hasn’t revealed where it has spent its upgrade tokens, unlike some rivals. “You never give anything away. I’ve been taught that for 30 years, so I’d find it hard to change now.

“The secrecy that people are showing at the moment, the area around the side of the floor, in front of the tyres, the brake ducts, how people have reacted to all that area is the thing that people will be trying to keep their powder dry on. 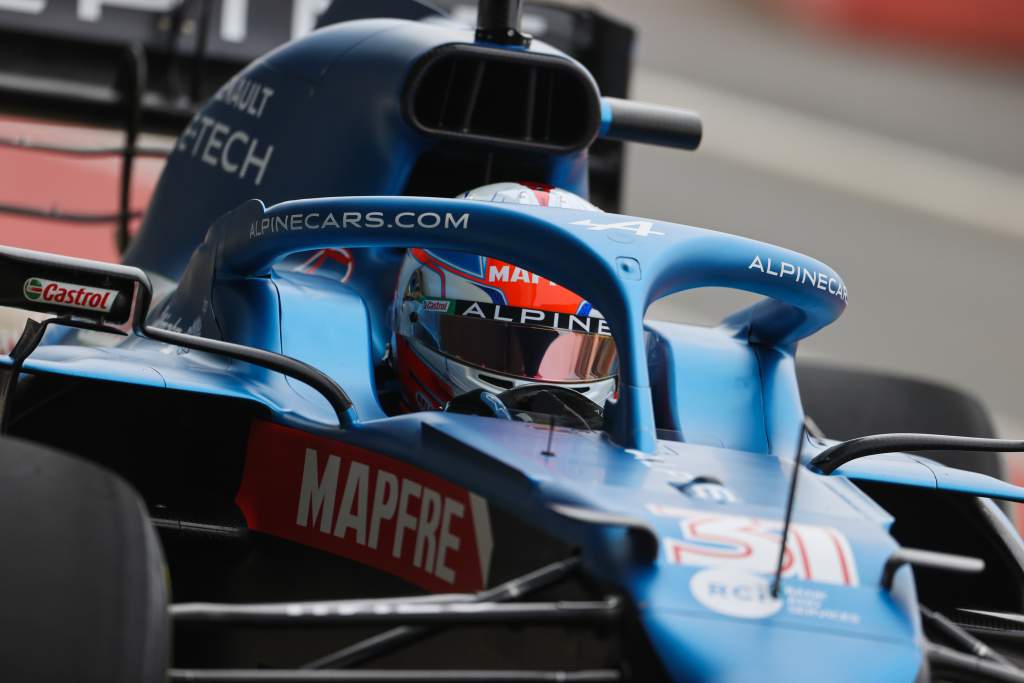 “In reality, I can see something on someone’s car and if it’s a different fence in that area or a different shape of floor in that area, I could be testing that in the tunnel in two days and having it on the car in a week.

“Large rule changes happen in a very limited part of the car, but it would be quite easy to react and see if someone has got something that’s working better than everyone else.

“It’s just Formula 1, we all think we’re clever and we try hide what we’re doing. We’ll find out how quick we are when we get to Bahrain.”

Alpine favoured a launch laced with corporate blather that seemed to marginalise the work done at Enstone and Viry as secondary. But it’s difficult to argue with Fry’s point, although none of what he says is at odds with anything Mercedes has done.

Mercedes hasn’t revealed where it spent its tokens and Allison was very clear at the launch that the team had no intention of revealing its real floor until absolutely necessary. 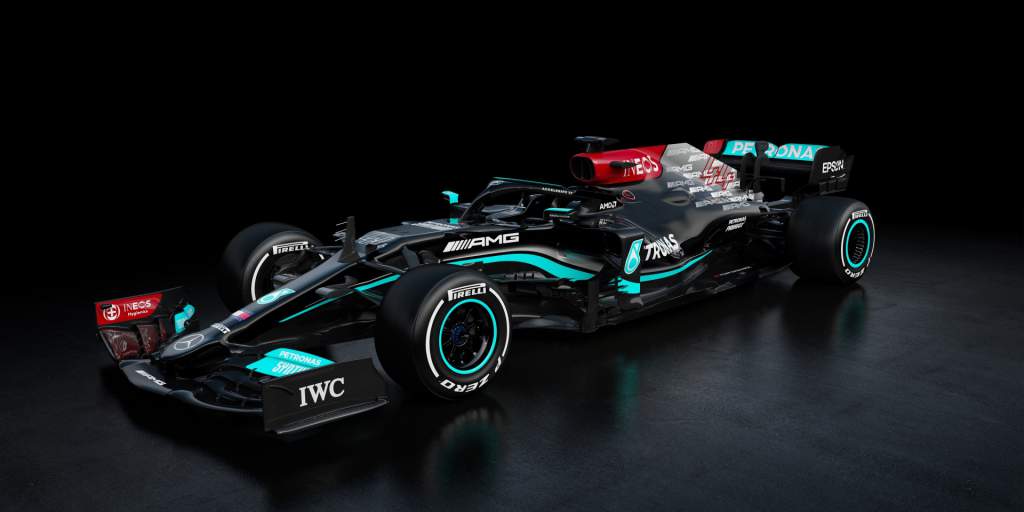 “There’s a bunch of aerodynamic detail that we are not quite ready to release to the world, not because it’s not there but because we don’t want our competitors to see. We don’t want them trying to put similar things into their windtunnels.”

It’s all about knowing where the line is. Even though token spends were locked in some time ago, it’s understandable that teams might not want to offer indications of where they’ve done it.

But in other cases, such as those who have modified the nose structure, the changes are obvious enough – or in the case of AlphaTauri they were once images of the car being shaken down emerged – that hiding them serves little purpose.

Mercedes has the most clear understanding of the need to reveal a little more than most. It’s still not as much as we would like and it’s impossible to look back at the technological openness of, say, 40 years ago without envy. But times have changed with good reason.

That doesn’t mean that it’s not worth at least making some effort to offer some technological detail. Different teams achieve this to different levels but it’s all part of communicating a side of F1 that is important to people. What’s disappointing is that the general trend over the past decade or so has been to reduce the amount of technical talk by teams, rather than build on it.

Even if the detail is superficial, it adds plenty to the lustre of F1 – particularly in an era when one of the major criticisms is that cars are supposedly identical and there’s no innovation anymore.

After all, the more talk there is about this kind of thing, perhaps the more appealing F1 will be the new manufacturers it hopes to attract for the next-generation engines in 2025?

Mercedes, of course, doesn’t need to attract a new manufacturer. But it is important to it to continue to tie the brand name not only to the success but to the technology.

And the way Mercedes goes about this is another reason why it’s the preeminent F1 team of today, and now well on its way to becoming one of the greatest in grand prix history.