Mercedes and Lewis Hamilton paused contract discussions to “leave each other in peace” over the winter, and will start talks once the Formula 1 season has “properly kicked off”.

Six-time F1 world champion Hamilton has been with Mercedes since he moved from McLaren for the 2013 season, and has won five of his titles with the team.

His most recent contract extension came midway through the 2018 campaign, and committed him to Mercedes to the end of 2020.

Hamilton and his team have both indicated that they will continue their partnership in 2021 and beyond, and young stars Charles Leclerc and Max Verstappen signing new long-term deals with Ferrari and Red Bull respectively has strengthened Hamilton’s hand.

“We get on our nerves every second weekend, and what we do over the winter is we leave each other in peace” :: Toto Wolff

Mercedes team boss Toto Wolff said Hamilton staying with the manufacturer is the “obvious pairing” but there has deliberately been no progress on that front over the winter break.

“We would like to have the fastest man in the car and I know that Lewis wants to be the fastest car,” said Wolff.

“There is an obvious mutual outcome. But we travel around the world, almost 10 months every year.

“We get on our nerves every second weekend, and what we do over the winter is we leave each other in peace.

“The last conversation I had with him was on the evening before the Christmas party. 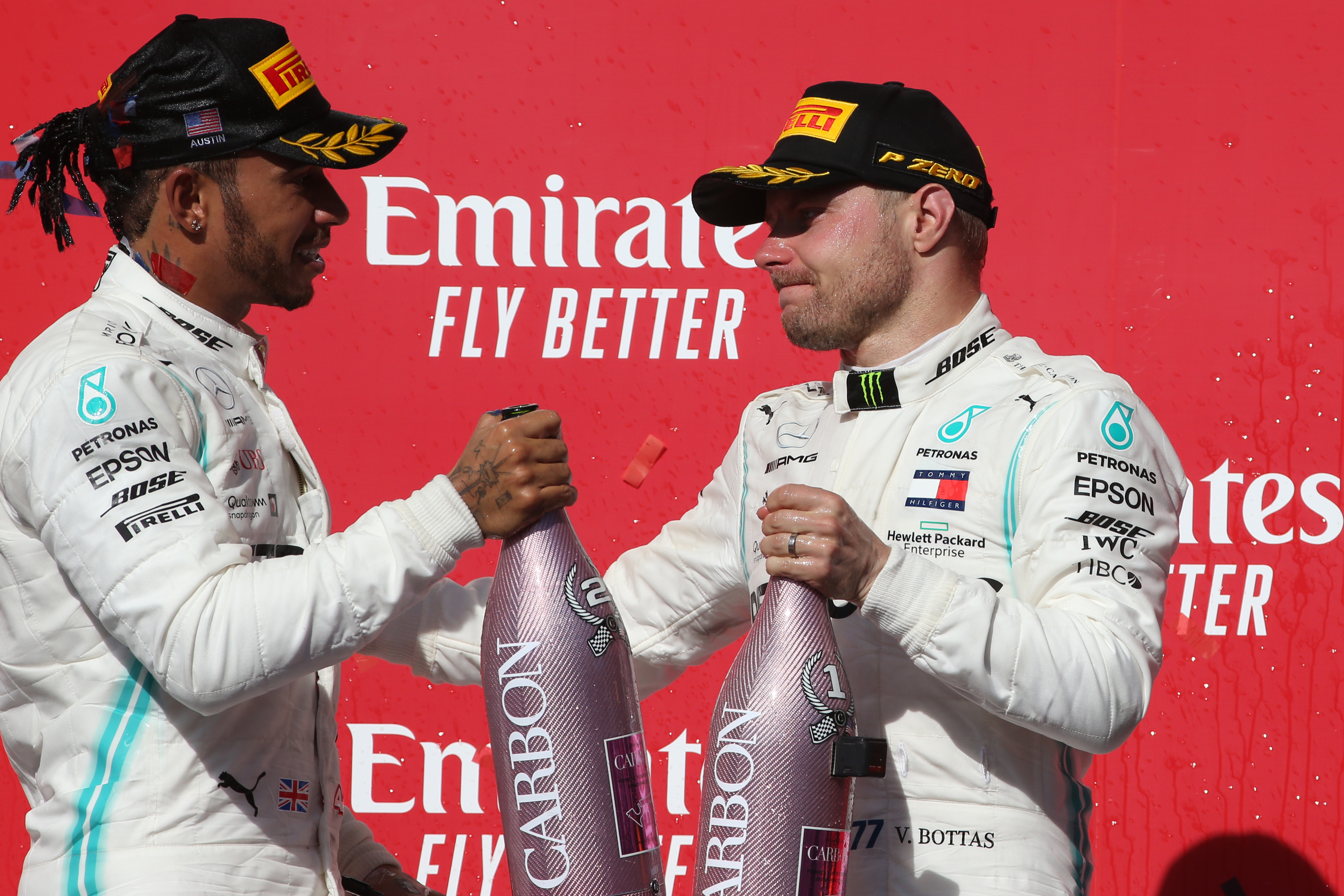 Mercedes has run Hamilton and Valtteri Bottas as team-mates for the past three seasons, a pairing that has helped Hamilton to new heights as well as continue Mercedes’ unbroken run of drivers’ and constructors’ title doubles.

Hamilton was rumoured to be of interest to Ferrari as a possible replacement for Sebastian Vettel after 2020 but Wolff does not believe Hamilton will be enticed elsewhere.

Wolff said he has “great belief” in Mercedes’ ability to be the most attractive option to the best drivers in F1.

“At the moment Lewis has proven that he’s the best current driver with the six titles,” said Wolff.

“In the mid/long-term, I would hope that we’re able to continue to provide technology to the best drivers and attract them.”

“I see our duty in providing a car that is the quickest, and then we will not run out of talents that will be keen and eager to drive these cars” :: Toto Wolff

Verstappen was linked with a potential Mercedes move last year but regardless of the Dutchman’s new deal with Red Bull, Wolff has given little indication he wants to look outside of Mercedes’ existing drivers.

Wolff said Russell has a “bright future” and described Ocon – whose career will still be managed by Mercedes while he is at Renault – as “a cousin of the Mercedes family”.

He also indicated that Verstappen and Leclerc may be available sooner than their long-term contracts suggest.

“These guys will always try to be in the fastest cars,” said Wolff.

“Contracts are contracts that probably sometimes the detail is what is important and not the overhead line on how long a contract has been signed.

“Therefore, I see our duty in providing a car that is the quickest, and then we will not run out of talents that will be keen and eager to drive these cars.”

As well as the future of his star driver being up in the air, Wolff has faced regular questions about his own future over the past nine months.

He reiterated his position that being a Daimler shareholder makes the team principal and CEO job of the Mercedes F1 team a unique prospect compared to his contemporaries in the championship.

“I have to pinch myself every day to have the opportunity to be in that situation,” he said.

“We’re planning our long-term strategy together with Daimler, and Jim [Ratcliffe, founder of new Mercedes principal partner INEOS] and his partners coming in is yet another building block.

“All sails are set for success for future. But like with Lewis we’re in the middle of discussions and tweaking here and there.”