Mercedes car ‘getting worse’ with latest experiments in Canada

Lewis Hamilton labelled his Canadian Grand Prix Friday a “disaster” in which it felt like his Mercedes Formula 1 car was “getting worse the more we do to it”.

Hamilton ran a new experimental floor in the opening session in Montreal, where Mercedes trialled a large cut-out at the floor’s edge behind the forward floor fences, and was eighth fastest – half a tenth slower than team-mate George Russell. 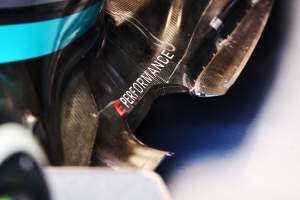 This was removed for FP2 but Hamilton drove with what Russell described “probably the biggest deviation in set-up Lewis and I have had all season”.

Hamilton’s car looked a handful through FP2 and he was only 13th fastest, 1.3s off the pace and half a second behind Russell.

“It was pretty much like every Friday for us, trying lots of different things, an experimental floor on my side, which didn’t work,” said Hamilton.

“I’ll wait to hear how it was for him, but for me, it was a disaster.

“It was like the car is getting worse, it’s getting more and more unhappy the more we do to it. 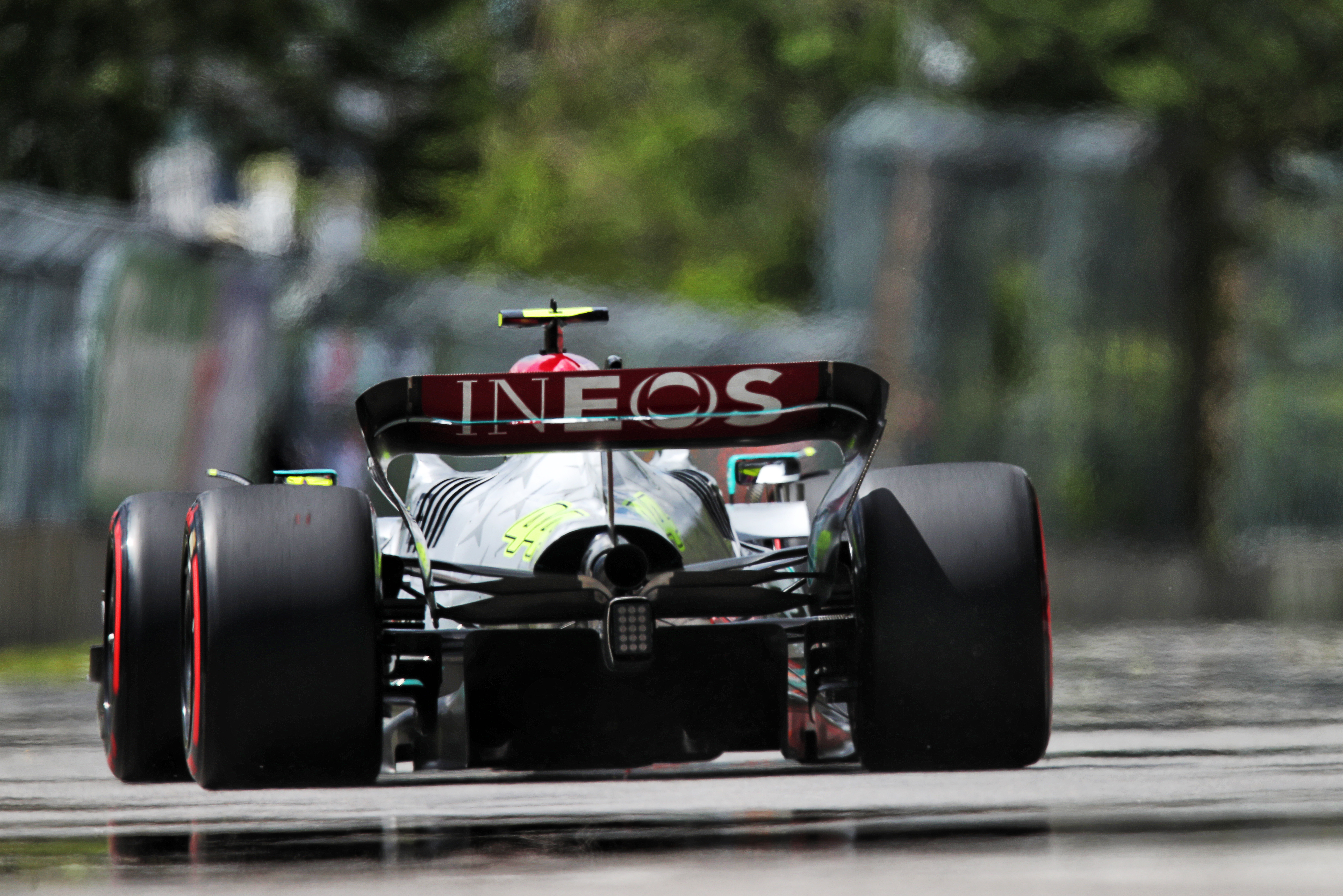 “We keep working on it, it is what it is, I think this is the car for the year, so we just have to tough it out, and work hard on building a better car for next year.”

Hamilton seemed to suffer from every possible combination of poor car dynamics over the course of FP2: lock-ups, mid-corner snaps, poor ride quality and lack of traction. 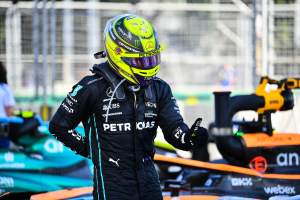 He said the car was being easily unsettled by the kerbs, which have to be attacked in Montreal, and that was painfully obvious when observing his onboard.

His Mercedes looked awful mid-corner in particular through the Esses. The ride was horrible and the car just kept bouncing and snapping.

“One touch of kerb and the car goes flying,” he said.

“Here you need to be able to use kerb so it’s very tricky.

“It’s not the Montreal I know, that I’m used and have experienced in my career.” 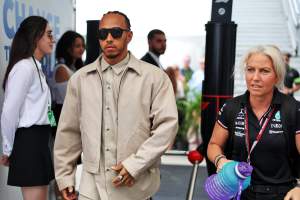 Russell’s car didn’t look as bad onboard although the cameras in use were different and the one behind the front wing, which was being used for a chunk of Russell’s FP2, doesn’t provide the same view of the car’s movement.

Audibly there was a difference, with Russell’s car showing no signs of the throttle and rev changes synonymous with corrections caused by sudden snaps or wheelspin.

Part of this may be down to driving but it would seem odd for Hamilton to be inducing such bad behaviour from the car, when Russell’s looked relatively compliant, and the fact Russell said they had gone in “drastically different directions” on set-up could be the answer. 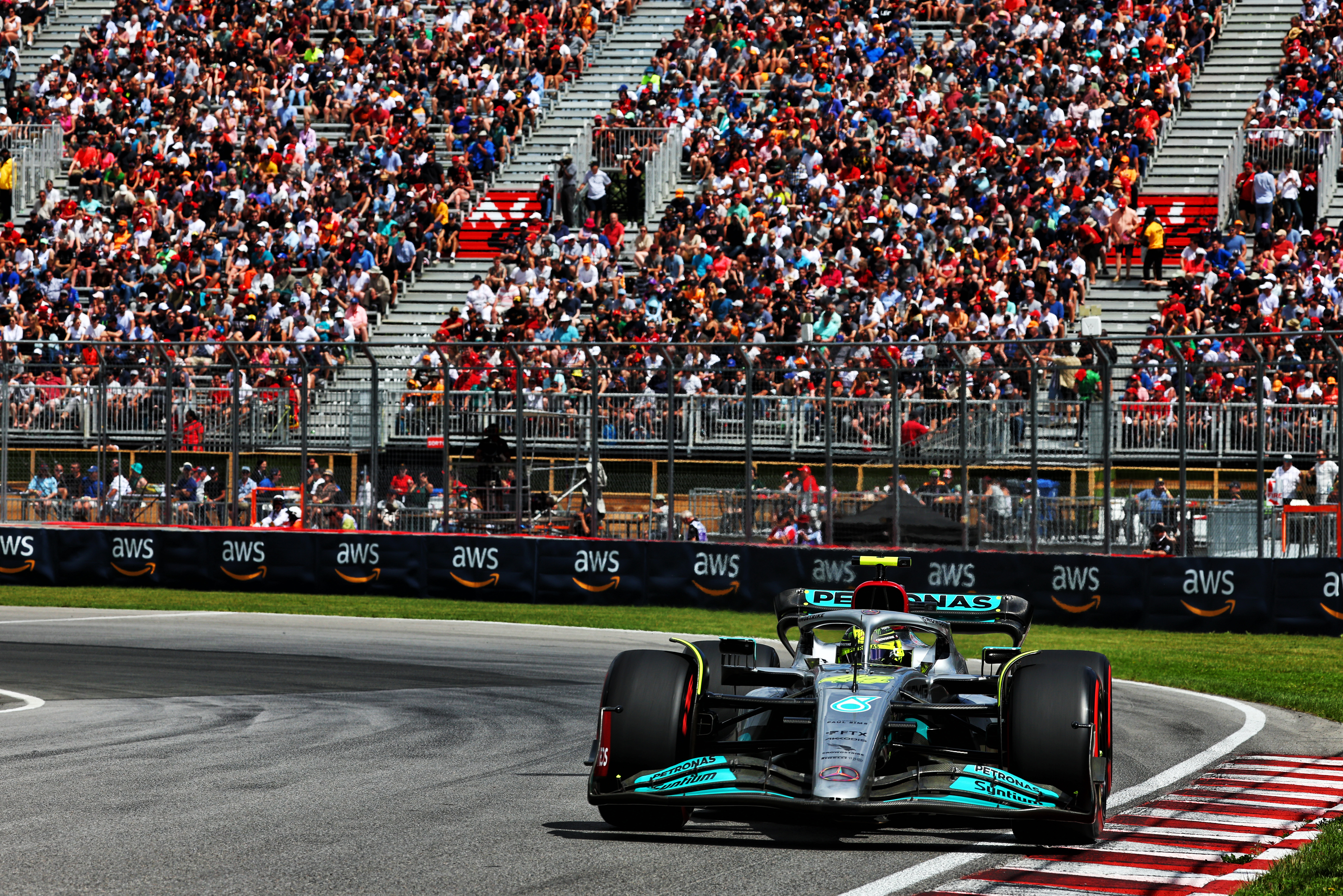 “So I’m hoping that overnight we can make some changes. But it’s the fundamentals of the car, it is what it is, and it’s going to be a struggle.

“It’s just a monumental fight the whole time to keep it out of the wall, when it bounces, when the car leaves the ground a lot, and it lands, and it grips up and goes in different directions.

“It’s tough, keeps you on edge. There were some big hits today – we raise the car and it doesn’t make a difference.”

36 mins ago Uncategorized No Comments