Mercedes has decided not to appeal the stewards’ verdict from the Abu Dhabi Grand Prix, formally confirming Max Verstappen as the 2021 Formula 1 world champion.

The title decider descended into controversy as Mercedes driver Hamilton was denied an eighth world title.

Nicholas Latifi’s crash sparked a late safety car that eliminated his lead and gave Verstappen a chance to switch to fresh soft tyres.

FIA race director Michael Masi opted to move only the lapped cars between Hamilton and Verstappen out of the way then resume the race on the final lap.

Mercedes protested the outcome of the race on the basis Masi had not followed the sporting regulations correctly when he fast-tracked the removal of the safety car.

Had the safety car period been handled in the manner prescribed in the rules, the final lap would have ended under caution and Hamilton would have won the race and the championship.

Instead, Verstappen had a chance to attack Hamilton and used his fresher, softer tyres to do so successfully.

The stewards dismissed Mercedes’ protest, stating that the race director has ultimate authority on how the safety car is used and that the decision to call the safety car in “overruled” the regulation that effectively determined when that process could begin – which seemed confusing logic.

Mercedes immediately stated its intention to appeal the stewards’ decision, giving it a 96-hour window to confirm whether it would indeed take the case to the FIA’s International Court of Appeal.

After a meeting of the World Motor Sport Council on Wednesday, the FIA issued a statement that addressed the conclusion of the race and the consequences it had and stressed that the primary responsibility at any event is “to ensure the safety of everyone involved and the integrity of the sport”.

The FIA said that the use of the safety car and the communications between the race direction team and F1 teams “have notably generated significant misunderstanding and reactions from Formula 1 teams, drivers and fans, an argument that is currently tarnishing the image” of both the championship and the “due celebration” of Verstappen’s drivers’ title and Mercedes’ constructors’ title.

A report was presented into the events of the finale and FIA president Jean Todt has proposed “a detailed analysis and clarification exercise for the future with all relevant parties will now take place”, which the WMSC has accepted.

On Thursday morning Mercedes announced it had withdrawn its appeal and cited that FIA response as a key factor.

“We appealed in the interest of sporting fairness, and we have since been in a constructive dialogue with the FIA and Formula 1 to create clarity for the future, so that all competitors know the rules under which they are racing, and how they will be enforced,” said Mercedes, which confirmed it had been deliberating carefully what to do along with Hamilton.

“Thus, we welcome the decision by the FIA to install a commission to thoroughly analyse what happened in Abu Dhabi and to improve the robustness of rules, governance and decision making in Formula 1.

“We also welcome that they have invited the teams and drivers to take part.

“The Mercedes-AMG Petronas team will actively work with this commission to build a better Formula 1 – for every team and every fan who loves this sport as much as we do.

“We will hold the FIA accountable for this process and we hereby withdraw our appeal.”

While the issue remained unresolved, Mercedes had opted not to engage either its constructors’ championship-winning F1 team or its Formula E champion organisation in the FIA’s annual prizegiving ceremony.

However, in its statement the team addressed Verstappen and Red Bull and wished to express its “sincere respect for your achievements this season”. 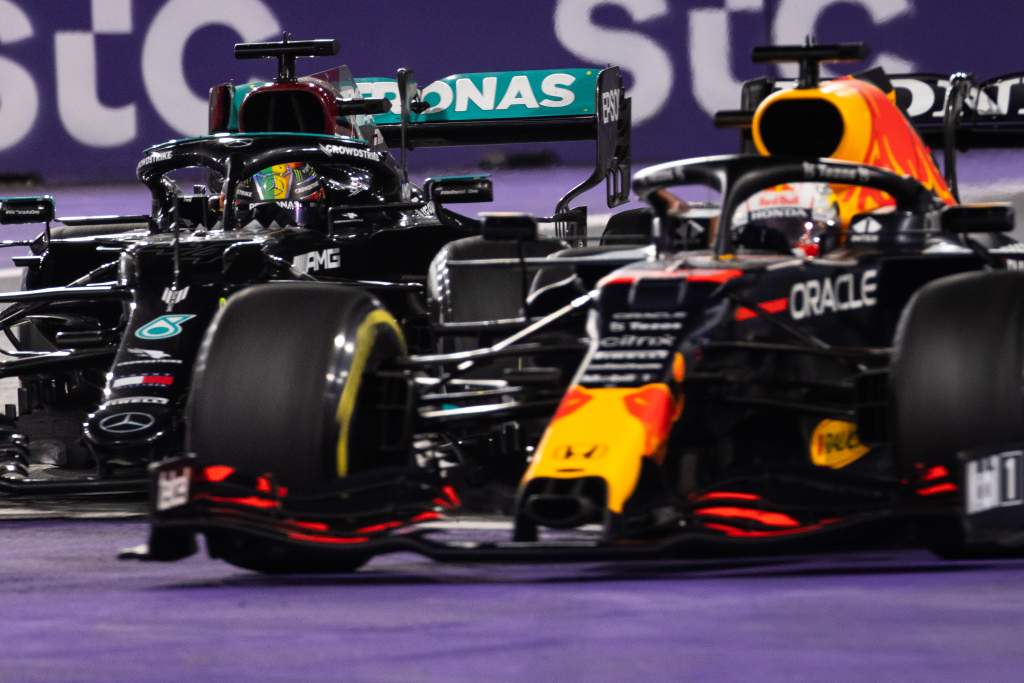 “Max, we congratulate you and your entire team. We look forward to taking the fight to you on the track next season.

“And lastly, even though this Drivers’ Championship did not end the way we hoped, we could not be prouder of our team. 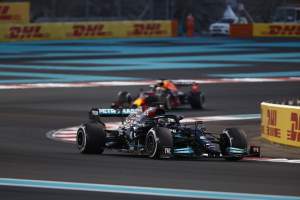 “Lewis, you are the greatest racer in the history of Formula 1 and you drove your heart out for every lap of this incredible season.

“You’re a flawless sportsman on and off the track and you delivered a faultless performance.

“As a pure competitor and as a role model for millions around the world, we salute you.”

To outgoing driver Valtteri Bottas, Mercedes addressed his “remarkable contribution to our motorsport history” and finished by touching on its eighth consecutive constructors’ world championship win. 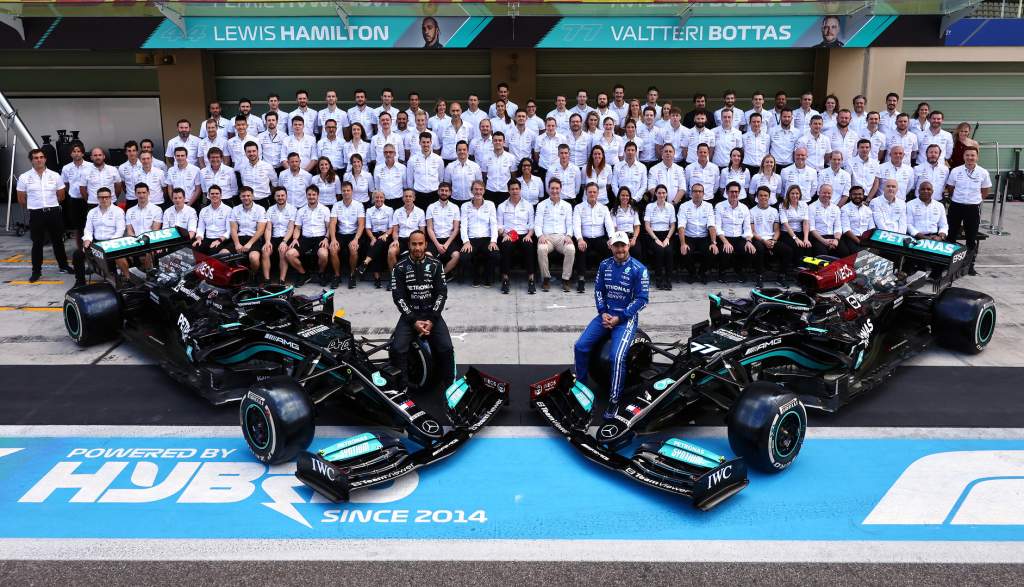 “Finally, to every one of the skilled and passionate women and men of the Mercedes-AMG Petronas F1 Team in Brackley and High Performance Powertrains in Brixworth: you’ve written an historic chapter in the Silver Arrow story by winning the eighth Constructors’ Championship – in a row,” the statement read.

“This is an unprecedented achievement. In simple words: it’s awesome. You are awesome.”