Haas Formula 1 driver Nikita Mazepin has addressed the controversy around the video uploaded on his Instagram for the first time since his initial, since-deleted apology.

In an interview with ESPN, Mazepin’s first interview since the video emerged, the F1 rookie claims he takes “full responsibility” for what happened and that he is “not proud of it”.

“It’s very important to say that my actions in December about the whole incident were incorrect” :: Nikita Mazepin

Following the incident, Haas described the uploading of the video to social media as “abhorrent” and criticised his actions.

No public action was taken against Mazepin, with Haas dealing with the matter internally. F1 and its governing body the FIA distanced themselves from the incident beyond supporting Haas – although that comment came before the team claimed to have done anything.

Mazepin has remained silent since then, while Haas addressed it subsequently in team boss Guenther Steiner’s column on The Race. 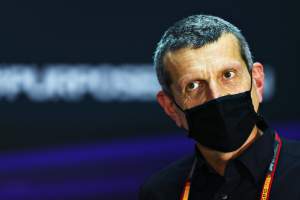 In an article published by ESPN on Monday, Mazepin said: “First of all it’s very important to say that my actions in December about the whole incident were incorrect.

“I do take the full responsibility for it.

“It was a very big learning experience and I can confidently say that I’m much further in my knowledge on this kind of matter than I used to be, so there’s a small bit of positivity there.”

ESPN says that when Mazepin was asked what steps he’s taken to educate himself, he replied: “I totally understand they are correct in their feelings and that I was not correct with my actions.

“I’m not proud of it. It’s important to progress.”

The insistence that Mazepin’s taken responsibility for this incident and it has been handled correctly has never been convincing.

There has been minimal accountability and as Mazepin speaks for the first time, that does not seem likely to change.

His response to being asked what steps he’s taken to educate himself was not an answer to the question. Not even close. Why?

Mazepin says “the racing should do the speaking, mostly”. But he has more he needs to say, and do, himself first

Answering the question would go an awful long way to presenting a convincing case that Mazepin truly regrets the incident and has sought to make amends.

These remarks suggest he doesn’t, and hasn’t.

The initial coordinated set of statements around the video, the way he purged his social media and deleted his initial apology in the process, and the absence of comment since, all did the same.

It’s underscored by the claim from ESPN that Mazepin said he has not had any contact with Andrea D’lVal, the woman in the video, since it happened. That undermines the questionable claim at the time they were friends and it was a private joke gone wrong. Worse, if true, it implies he has not apologised to her directly. 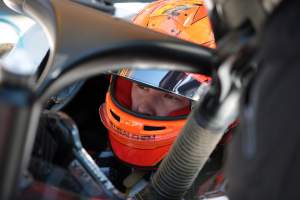 Like everything else associated with this episode, Mazepin’s first handling of it since has been far from adequate.

It’s shameful to think such comments are an appropriate response, and for him to suggest what he can do on-track in F1 this year “hopefully changes the perception of me”.

That reinforces the feeling that he would like this to be forgotten about without facing up to it properly.

Mazepin says “the racing should do the speaking, mostly”. But he has more he needs to say, and do, himself first.