The timing could hardly have been sweeter for Valtteri Bottas, fastest qualifier, 0.096s ahead of team-mate Lewis Hamilton. It was a timely reminder, given the loss of his Mercedes seat after five seasons, that he can still be super-quick over one lap.

It also enhances his relevance in the continuing Hamilton vs Verstappen title battle, given that he can deny the Red Bull driver a valuable point or two in The Sprint tomorrow – before then taking his grid penalties on Sunday for the replacement of multiple PU components.

A few conspiring factors came together.

Mercedes was always confident coming into Monza that this was its sort of track. It is of course the lowest downforce, most drag-sensitive track on the calendar. When rear wing is removed for the low downforce tracks, the low-rake Mercedes tends to find greater efficiencies than the high-rake Red Bull, ie its drag tends to be reduced more.

Max Verstappen did well just to get within 0.4s, though it might have been closer with better positioning for the tow from team-mate Sergio Perez (more of which later).

This was something of a tactical masterstroke from Mercedes. Introducing a new power unit for Bottas gives him an advantage for the remaining races of the season where his job is to take as many points off Verstappen as possible.

There is a power advantage in qualifying (of around 0.1s) and it can be used more aggressively in the races than would be possible with a high mileage unit.

Taking the penalty here at a sprint format weekend allows him to still be in a position to take points from Verstappen tomorrow – before he takes the grid penalty. In a conventional format, that possibility would effectively be lost, given that he will start from the back.

Given the Merc pace advantage, it’s also probably the track at which Mercedes least needs Bottas’ strategic help in winning Hamilton the race.

Both Mercedes and Red Bull lined up their cars in both Q3 runs to use their support driver to tow their title contender. It worked quite nicely for Verstappen on the first of the runs, as Perez was getting a tow from the Honda-powered ‘cousin’ AlphaTauri of Pierre Gasly and was in turn towing Verstappen.

It will have given something a double effect as there is less air to displace than if Verstappen had been just towing one car. Hamilton’s lap on these runs wasn’t perfect – and Bottas lost a big chunk of time by getting his left-rear in the gravel on the exit of the Roggia chicane.

Combined, it put Verstappen a provisional second, within a few hundredths of Hamilton. That was way closer than it should have been. One final run left to make. 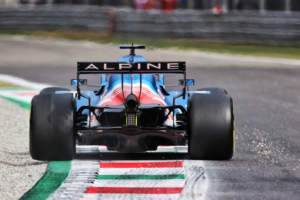 Done to perfection, the tow is worth up to 0.7s of laptime. Perfection begins with a gap of between five and seven seconds to the car in front at the start of the lap, close enough to pick up the tow at the super-high speeds seen around here but not so close that you lose much time under braking and through the turns from the disturbed air on the aerodynamic surfaces.

A much smaller detail is an extension of that ‘double-tow’ idea: the collective tow. Ideally the team should have both cars at the back of the pack, with a suitable gap. The swirl effect of all the cars ahead reduces the amount of air that both cars are displacing and the faster the tower, the faster the towed. The stand-off at the end of the session, with everyone waiting until the last possible moment, put into place the possibility of a great collective tow. But Red Bull preferred to get itself a clear track and got Perez and Verstappen out first. Mercedes waited and exited eighth and ninth in the queue, close to the optimum.

Getting the gap to the car ahead perfect while still getting your front tyres up to temperature is a tricky trade-off and it looks as if Perez was a little slower than ideal for what Verstappen needed to bring up his tyres. He began the lap 2.7s behind Perez, which is simply too close and gives you too much disturbed air in the corners. As a consequence, Verstappen failed to improve.

Bottas by contrast was perfectly placed, at 7s behind Daniel Ricciardo’s McLaren, to get the ideal combination. Hamilton in turn began the lap 5.5s behind Bottas. Also perfect.

Hamilton did a much cleaner lap this time and shaved 0.3s off his first run. He probably felt confident this would be pole. It wasn’t.

With the fresh power unit singing and the tow from the McLaren ahead powerful, Bottas aced his braking points and was super-clean. He took half-a-tenth from Hamilton in the first sector and 0.085s in the second. This latter gain was enhanced particularly by better speed out of Lesmo 2. Hamilton clawed back 0.04s through the final sector, but it wasn’t enough. Bottas was fastest in qualifying for only the second time this season. 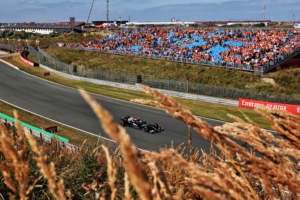 Bottas: Team leader role exciting after being in a shadow
Read more

“I saved it to the end,” he said, the smile as humble as ever, “I’m very pleased, feels so good. I was very happy with the tow. I feel relaxed with everything sorted for the future. It feels good.”

Yes, maybe having that weight about the future taken off his shoulders, knowing what he will be doing in 2022 had possibly let the tension out and enhanced his performance. He might also have taken great cheer from the form of Antonio Giovinazzi here in the team for which Valtteri will drive next year. Seventh quickest in Q2 (10th in Q3) followed on nicely from Giovinazzi’s seventh slot on the Zandvoort grid last week. It seems the team is making genuine progress.

Bottas is far from a spent force.