Alex Albon’s signing by Williams just actually may turn out to be political dynamite for all of F1. Stay with me…

Albon is an intriguing choice for Williams, given the team’s historic links with Mercedes and the driver’s links with Red Bull. It was noteworthy that the announcement, when it came, was made by Red Bull as well as Williams – and that Albon seems not to be severing his ties with the organisation which brought him into F1.

Let’s think of this in long-term strategic plans for a moment. With the new power unit formula coming up – and there being a fundamental disagreement between the existing PU manufacturers and VW about what the new formula should be – there seems to be an awful lot of potential future common interest between Red Bull, VW and Williams.

Williams has long been a close Mercedes ally as well as a customer. Toto Wolff even retained a share in both teams for a time as he extricated himself from the former to be boss of the latter. But the ground has shifted since then, with the purchase of Williams by the Dorilton Capital group and the new management not being part of that history.

Concurrently Honda’s pull-out triggered Red Bull into taking the plunge and becoming a power unit manufacturer, with the massive investment that implies.

Meanwhile, as the new PU formula looms, VW is showing an interest in F1 and has been involved in all the discussions. There is one coming up in Monza this weekend.

VW is fundamentally opposed to ERS-H being part of the new power unit formula. Mercedes (and Ferrari) are very much in favour of retaining the H part of the hybrid philosophy. It seems Red Bull may be siding with VW in this.

The H part of the equation complicates the PU immensely. It’s a highly specialised technology which impacts upon the design of the whole PU – and the existing manufacturers have of course already invested in it heavily and understand it well. It would only be natural if VW wanted the head start of the others nullified. But this is all going to have to be voted on very soon – to get the regs in place for the 2025 introduction of the formula. 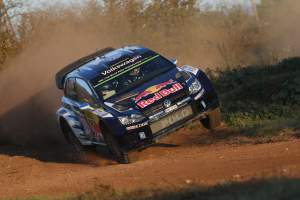 Asked about Albon’s continuing links with Red Bull and whether there may be some Red Bull branding on the Williams, Capito said: “Not because of Alex’s arrival but we are in various discussions.

I can’t tell you how good it feels to say.. I’m joining @WilliamsRacing for 2022!! The most sincere thank you to Jost and everyone at Williams for trusting me with this opportunity and of course @redbullracing especially Christian and Dr. Marko for making this possible. pic.twitter.com/c0NhSQLd0L

We may be jumping ahead of ourselves here, but there seems to be a lovely synergy forming. With Red Bull already an engine manufacturer, VW coming in to put its name on the unit and provide further technical help – and Williams becoming a key ally? In which case might Red Bull – as a PU manufacturer – vote in the way VW deems desirable in the new PU discussion?

Has it happened so fast that it’s caught the normally super-sharp operator Toto Wolff off guard? There he was at Zandvoort last week making the case for his driver Nyck de Vries to be the ideal Williams recruit, a like-for-like slot-in for George Russell – and suggesting that he wasn’t keen on having a Red Bull driver getting to experience a Mercedes PU… Yet it’s happened anyway.

Has the political ground just shifted between Mercedes and Red Bull? Is the Albon deal just the tip of an iceberg which will become apparent in due course?

21 mins ago IndyCar,Touring Car No Comments