Outgoing Haas Formula 1 driver Kevin Magnussen will head to American sportscar racing for the first step of his post-F1 career.

Magnussen has signed for US superteam Chip Ganassi Racing for its return to the IMSA SportsCar Championship next year in partnership with Cadillac.

He will be paired with double Daytona 24 Hours winner and 2016 IMSA champion Renger van der Zande.

“If you are in professional racing anywhere in the world, you know the name Chip Ganassi and what it represents in motorsports,” said Magnussen. 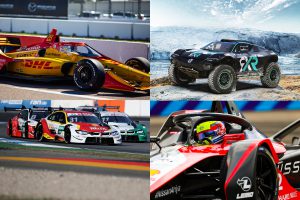 Where should F1 exiles go next year?
Read more

“Chip has built one of the best racing organisations on and off the track, and you can look back in history and see the tremendous record of success, especially as it relates to sportscar racing.

“It’s a great opportunity for myself to team up with CGR, Renger and Cadillac. I can’t wait to get started, meet the team and begin preparations for the 2021 season.”

Magnussen’s father Jan ended up focusing on sportscars after the end of his own F1 stint.

Its most recent sportscar project was representing Ford in the GT class.

Magnussen has previously spoken positively about the prospect of racing in IndyCar, where his father also made two brief appearances and where Ganassi is a multiple champion team.

Another ex-F1 driver has recently confirmed plans to move teams in IMSA as well.

The 2019 series champion Juan Pablo Montoya was left without a seat when Penske withdrew from the championship, but Montoya will join Meyer Shank Racing for 2021.

Meyer Shank – along with Wayne Taylor Racing – have picked up the rights to run the Acura prototype which had been exclusively used by Penske before.