Charles Leclerc has defended his wheel-to-wheel racing methods after Formula 1 chief Ross Brawn’s comments earlier this week, arguing that his “obviously on the limit” approach in the midfield generally pays off.

Ferrari driver Leclerc surged back from 18th to seventh in the Styrian Grand Prix having broken his front wing hitting Pierre Gasly’s AlphaTauri on lap one. 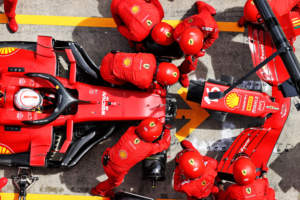 Brawn praised that performance, but said the fact the comeback charge was only necessary because of Leclerc’s own initial error negated it somewhat.

And he suggested such mistakes were a symptom of Leclerc being too impatient to get out of the midfield and back to where he felt he should be.

“He has got to keep his wits about him when he’s in the lower positions. It is a lot busier,” said Brawn in his post-race column for F1, in which he added that Michael Schumacher often made similar errors when in the midfield.

“Given he knows how strong he is, a moderately conservative approach needs to be considered.

“The tricky bit is if you’re too conservative, you get into accidents as well. It’s pretty ferocious there in the pack. So it’s finding that balance.

“I suspect there is a touch of ‘I should be at the front – I want to get back up the front as quick as I can’ mentality.” 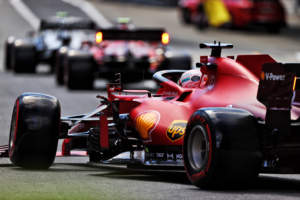 When Brawn’s comments were put to Leclerc on Thursday ahead of the second Austria race, he argued that ultimately the same mindset that prompted the clash with Gasly also allowed him to make up so much ground afterwards.

“For my wheel to wheel racing, I am actually quite satisfied with it,” he said.

“It’s always obviously on the limit.

“But if you look at the last race it helped us massively to come back through the field without losing too much pace. So it’s always a fine balance.”

He admitted that his driving had been “a bit too much” on the wrong side of that line in the incident with Gasly.

“There’s maybe something I could have done to have avoided it,” Leclerc admitted.

“It was a bit too much in the first lap but I spoke with Pierre, everything is fine there and that’s it.”

Gasly confirmed that he and Leclerc – who are good friends – had discussed the clash. The AlphaTauri driver suffered a puncture, made further contact with Antonio Giovinazzi and Nicholas Latifi as the field tried to get around him, and retired with substantial suspension damage.

“He came to see me after the race, I was still pissed off – it doesn’t matter even if you’re friends, I always feel quite upset – but I know him, I know the way he races, he is a fair guy and you could see he didn’t do it on purpose,” said Gasly.

“So, it’s just hard but it’s part of racing, these things happen once in a while.”

But while now sanguine about the clash, Gasly added that he was surprised there had been no stewards’ action over it.

“For me, the clear thing is it [a penalty] could have not changed my race, the damage was already done so in the end it doesn’t really matter to me,” he said.

“But I must say I was a bit surprised at the time that there was no further investigation. 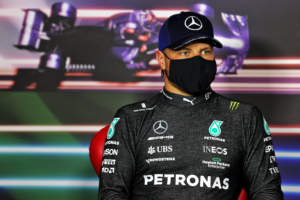 “Obviously it’s not something which Charles deliberately did but for sure it did have quite a big consequence on my race.

“And especially after seeing Valtteri [Bottas] getting a three-place grid penalty for losing control of his car in the pitlane but not really affecting anyone else’s race and this – which obviously had an impact on my race – [going unpunished], I must say I was a bit surprised.

“But as I said, at the end of the day I just care about my own race and it would have not changed anything on that side.

“But it is something we are probably going to talk [about] with Michael [Masi].”